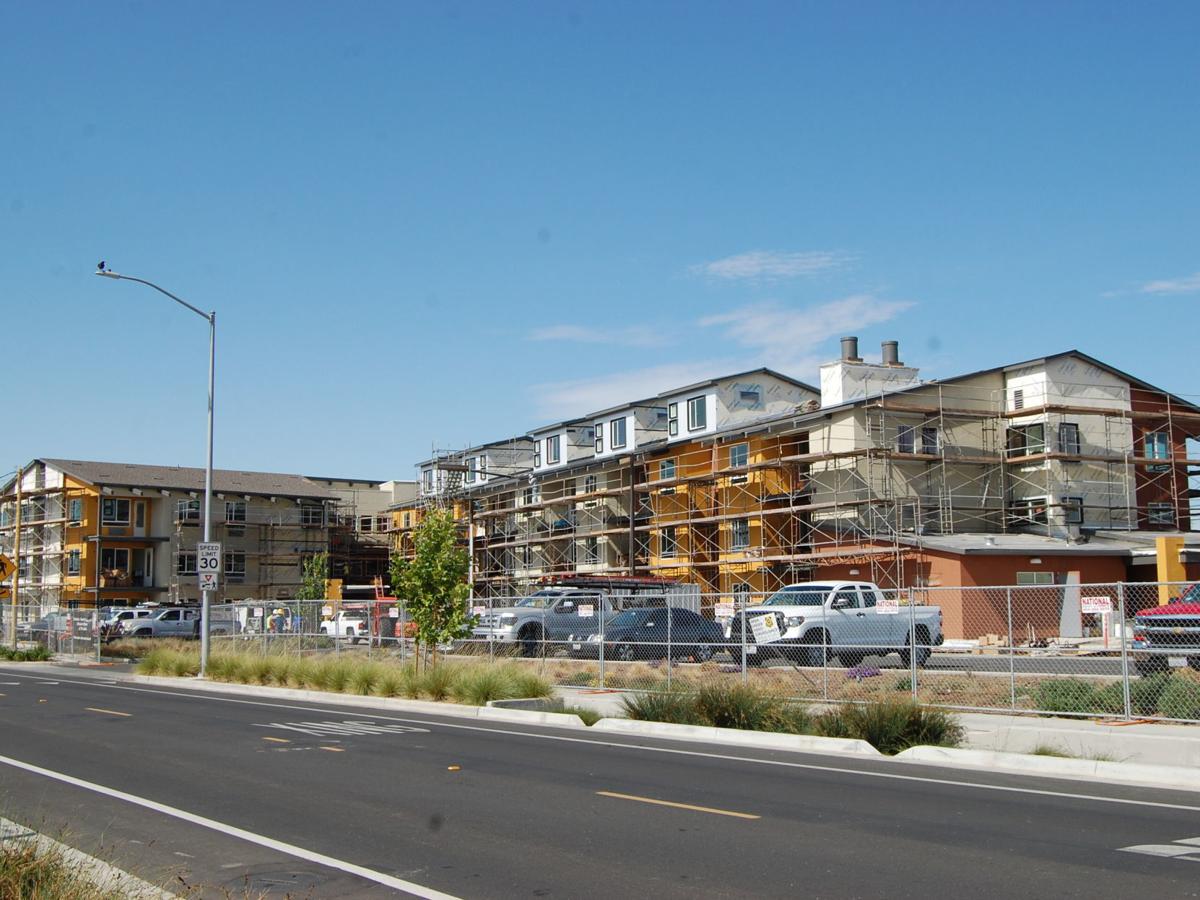 Stoddard West apartments is to open in September near South Napa Marketplace to provide affordable units to low-income individuals and families. 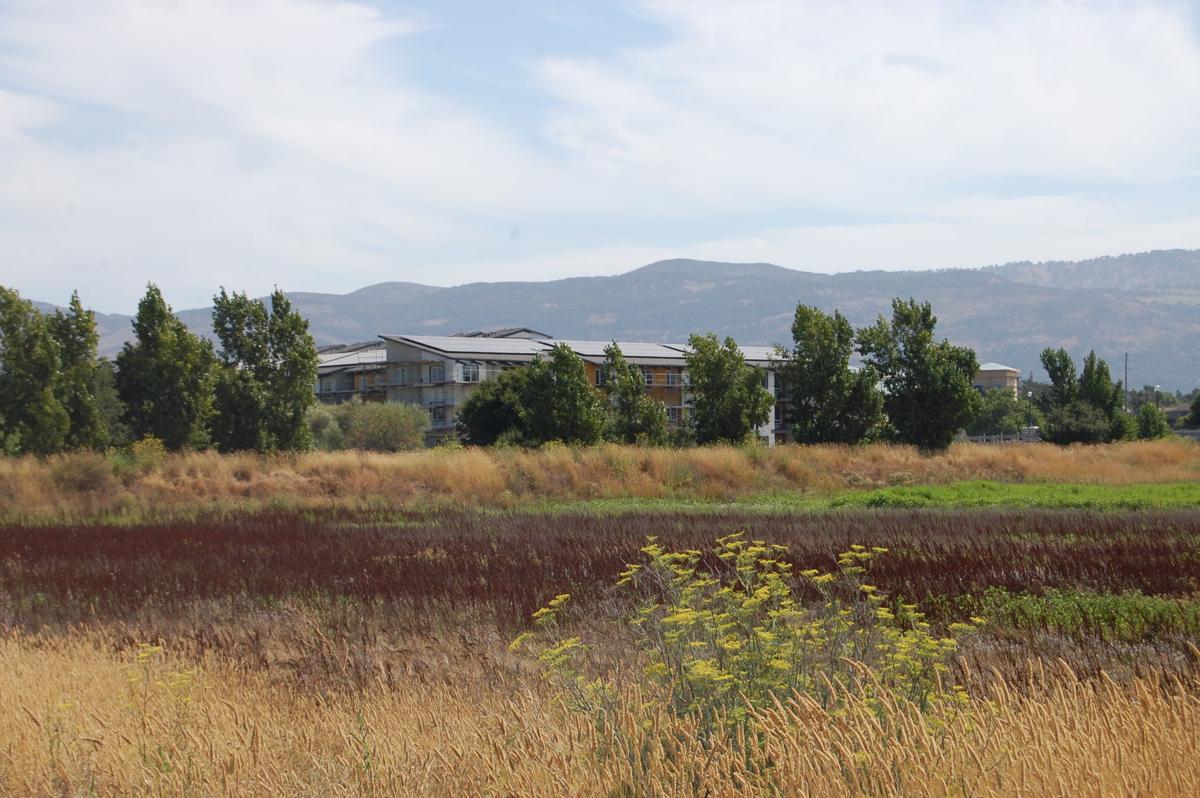 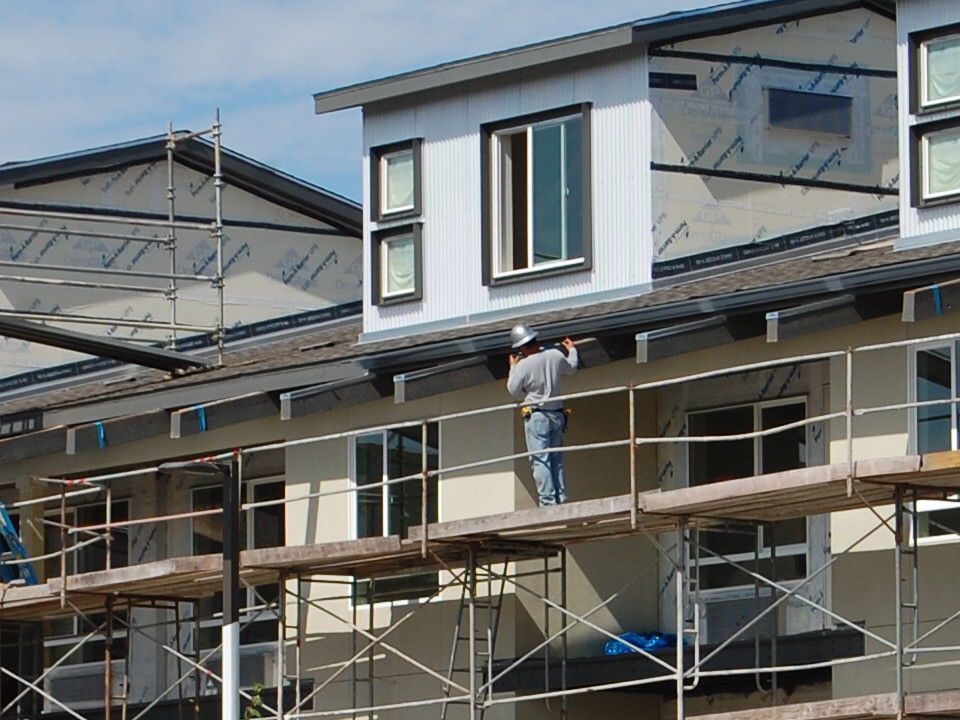 Workers are building the Stoddard West apartment complex with 49 units for low-income families and individuals. The complex is to open in September.

Stoddard West apartments is to open in September near South Napa Marketplace to provide affordable units to low-income individuals and families.

Workers are building the Stoddard West apartment complex with 49 units for low-income families and individuals. The complex is to open in September.

Napa County supervisors heard just how fast local affordable housing opportunities are being gobbled up, with the almost-completed Stoddard West apartments as a key example.

Stoddard West is a 49-unit apartment complex for low-income families that is near south Napa behind South Napa Marketplace. The project by Burbank Housing and the Gasser Foundation is selecting tenants prior to opening in September.

“On the day the application period opened, there were 80 families in line to submit an application for 49 units. And in the first three days, they (Stoddard West) received 252 applications. They ended the waiting list at 500,” Deputy County Executive Officer Molly Rattigan said.

About half the tenants have been chosen. Most of the families or individuals have local jobs or previously lived in Napa County, she said.

“That’s what we like to see,” Rattigan told the Board of Supervisors during a housing update on Tuesday.

“In general what happens is you put everybody who qualifies (in a category) into a hat and you do a lottery,” Florin said. “It’s a completely random process.”

The long waiting list would seem to tell a story about the demand for this type of housing that goes far beyond Stoddard West.

“There’a a huge demand, but every project helps,” Florin said. “I think this is a good story. This is a significant impact in the number of folks who are in need of housing.”

Stoddard West previously announced rents will be $475-to-$1,300 per month, depending on the tenants and the number of rooms in the apartment. According to Zumper.com, a rental website, the average market-rate rent for a two-bedroom apartment in Napa during May was $2,240.

That made Stoddard West part of the county’s housing presentation. Rattigan told the Board of Supervisors what the county is doing to increase affordable housing and decrease homelessness.

The county has contributed money to other affordable housing projects under construction — 20-unit Napa Courtyards in Napa, 34-unit Redwood Grove in Napa and eight-unit Our Town St. Helena.

On the drawing boards are the 66-unit Heritage House, 24-unit Valle Verde, 50-unit Manzanita and 50-70 unit Napa Pipe projects in the city of Napa and 11-unit second phase of Our Town St. Helena, Rattigan said.

Supervisor Brad Wagenknecht said adding more market-rate housing would also help. But he didn’t know what the county might do, other than be a cheerleader. Most of the unincorporated land outside of cities governed by the county is zoned for agriculture.

Rattigan also talked about the county’s efforts to combat homelessness.

A one-day count of the homeless in January found 323 people, of whom 172 were in shelters and 151 were sleeping outside of shelters, in places such as in cars. A one-year count from July 1, 2018 through June 29 found 1,076 homeless people, of whom 592 were unsheltered and 484 were sheltered.

“We’re not necessarily a county (homeless) people seek to come to,” Rattigan said. “They might have already been here right before they experienced homelessness or been here for some time.”

Rattigan said the 69 beds at the South Napa shelter near South Napa Marketplace are pretty much full year-round. The winter shelter has 55 beds. The family shelter in a house leased by the county from Catholic Charities has 27 beds.

Over the course of a year, shelters served 310 people. Seventy percent reported a Napa County address as their last address, Rattigan said.

The county and city of Napa in 2017 teamed up to take a housing first approach to try to end chronic homelessness. The idea is to find housing for a homeless person first, then address such issues as substance abuse and mental health challenges, if need be.

But federal funding and some state funding requires a lease directly between a landlord and tenant, Rattigan said. That means the county can’t lease an apartment, decide who moves in and sublet to that individual.

Given the vacancy rate is basically zero and the county needs to find an apartment for someone at the same time the general public is trying to find apartments, it’s difficult, Rattigan said.

The upcoming Heritage House project in north Napa is to help solve this problem. Thirty-three units there are to be designated as permanent supportive housing for homeless and at-risk tenants.

Rattigan said another challenge the county faces is having enough money to serve everyone on the housing waiting list.

The county’s housing waiting list as of July 10 had 215 individuals and families. Some face challenges such as mental illness or chronic health problems and need long-term housing, others needed housing for a period before becoming self-sufficient and others needed housing quickly to avoid becoming homeless.

“Those individuals may be staying in the homeless shelter, they may be out on the street,” Rattigan said.

Rattigan is the head of the county’s new Housing and Homeless Services Division. The eight-person division isn’t a new county program, but rather a new way to coordinate existing county efforts in these areas.

Goals this year for Housing and Homeless Services Division includes convincing the state to provide land for housing at Napa State Hospital and the Veterans Home of California at Yountville properties and beginning affordable housing development at Napa Pipe.

No. 7 Story of 2018: Napa ramped up push to end homelessness