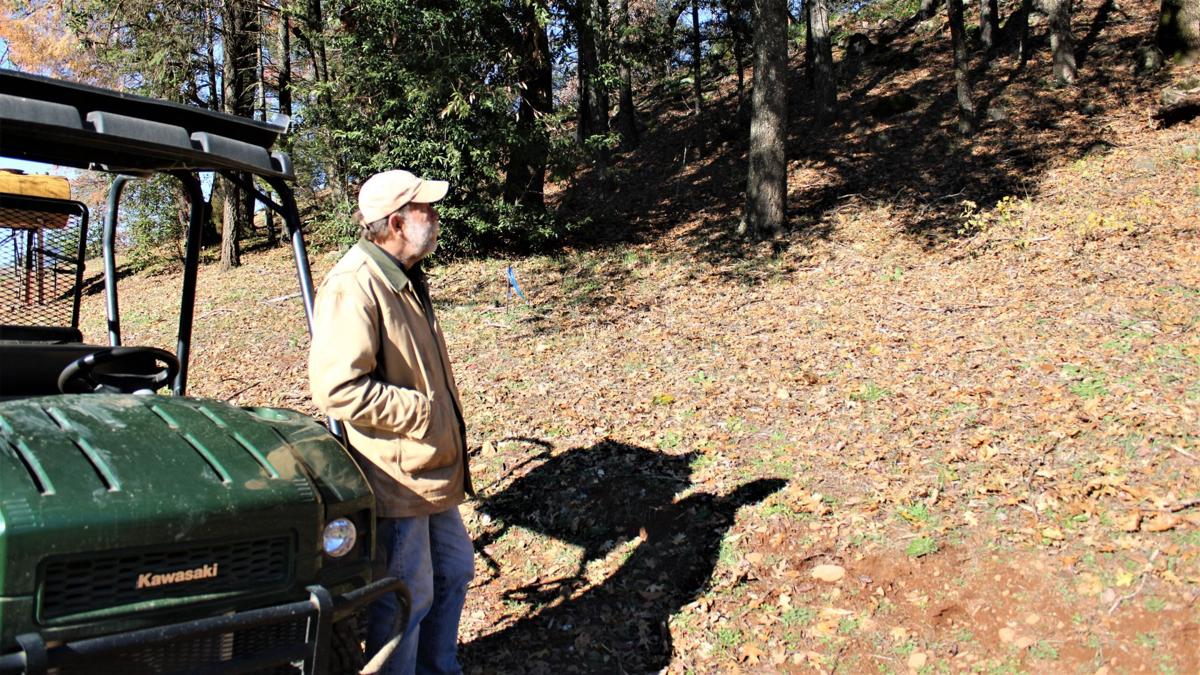 Stu Smith of Smith-Madrone was told that he will lose 90 percent or more of his property's trees to bark beetles in the next 3 to 5 years. 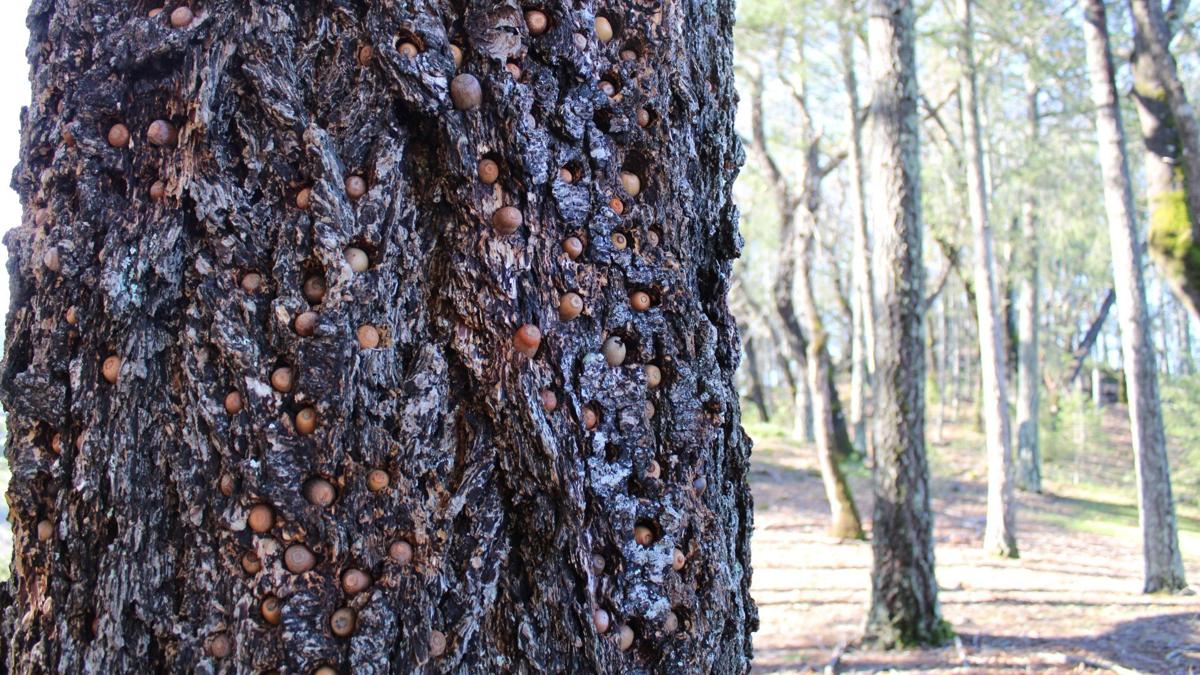 After the bark beetles burrowed through Smith-Madrone's trees, woodpeckers made these tiny holes bigger, which were then filled up with acorns and the like by neighboring squirrels.

Mid-November, Smith started noticing that his otherwise-healthy trees were dying off at a startling rate, and he couldn’t figure out why. Foresters were called in to assess the dead-and-dying trees, and ultimately they determined that bark beetles were the culprit.

And while Smith never actually saw the beetles swarming the trees, the resulting damage is hard to ignore.

“Besides the emotional loss of those trees after the Glass Fire, which is the gift that keeps on giving,” he joked, “It is going to require a lot of work and it is going to change the landscape.”

“One of the things that I love about being on the mountain, frankly, is the Douglas fir trees, and they are going to be gone.”

The forester assessment determined that the Smith-Madrone property has about 50 trees in the process of dying, and unfortunately, there isn’t much that can be done about it. The high-density nature of the impacted forest meant that the existing trees were constantly competing for resources, and when the fires came through, essentially making them immunocompromised, the beetles were able to set up shop without having to put up much of a fight.

“I have never seen the mortality rate that we are seeing now with the bark beetles,” said Smith.

Bill Pramuk, a consulting arborist here in the valley, said that while he personally hasn’t seen or heard of any recent infestations here in Napa County, bark beetles are typically found in drought-stressed trees. Similarly, Pramuk said that the beetles are usually not “a tree killer in its own right,” noting how fungal diseases can be spread to suppressed trees, lowering defenses and ultimately killing the tree.

According to U.S. Forest Service studies, you can tell that a tree has suffered a bark beetle attack with the appearance of an orangey-brown dust on the bark, but as with the case of Smith-Madrone, wind and rain can brush it off before it is noticed. In the months following, the trees’ foliage will also discolor.

Existing research on bark beetles is sparse and not overly specific, but the general consensus despite the different types of bark borers and the trees they impact is that they represent a larger issue surrounding forest management.

In a Forest Service report, Malcolm M. Furniss and Sandra J. Kegley assert that, “managers of Douglas fir forests are helped in dealing with Douglas fir beetles by taking the view that the beetle is a symptom, not the cause, of the perceived problem when large numbers of trees become infested.”

They go on to explain that when the beetles sustain damage, it is because forest conditions have favored the pest population, and thus long-term management is key to preventing further issues.

And while not a scientist per se, Smith tends to agree with this. Specifically, as a proponent of prescribed burning, he fears that his current dilemma could further exacerbate wildfires, which essentially got him into this situation in the first place.

“We have 100 acres of forest, and they are now dead as a doornail,” he said. “They are standing vertically, but they are dry as a match and that fuel is just ready to kick off again … It could be every bit as devastating as what we had in 2020.”

“What we are looking at is a man-made problem, and it is man-made because we haven’t gone into the forests and done what we should,” he said.

Thus, Smith has been in a mad dash to burn the already downed trees, as backups in the logging industry have made it tremendously difficult to sell timber, and he doesn’t have a biogenerator to turn the dead wood into electricity. He says that Smith-Madrone was planning on harvesting and selling about 40 logging trucks’ worth of timber, but now, they won’t make enough profit to offset the cost of harvesting.

“There is no plant to take these materials, and on top of that, we now run into the issue of climate change because these trees that could have sequestered carbon? We are just going to burn them,” he said. “The message I am trying to get out to people is that the landscape is changing and it is going to keep changing, and it isn’t just the forest fires.”

“I anticipated that we were going to lose most of the Douglas fir trees that burned, but I didn't see the bark beetles coming in and decimating the others.”

Stu Smith and his puppy

Stu Smith of Smith-Madrone was told that he will lose 90 percent or more of his property's trees to bark beetles in the next 3 to 5 years.

After the bark beetles burrowed through Smith-Madrone's trees, woodpeckers made these tiny holes bigger, which were then filled up with acorns and the like by neighboring squirrels.