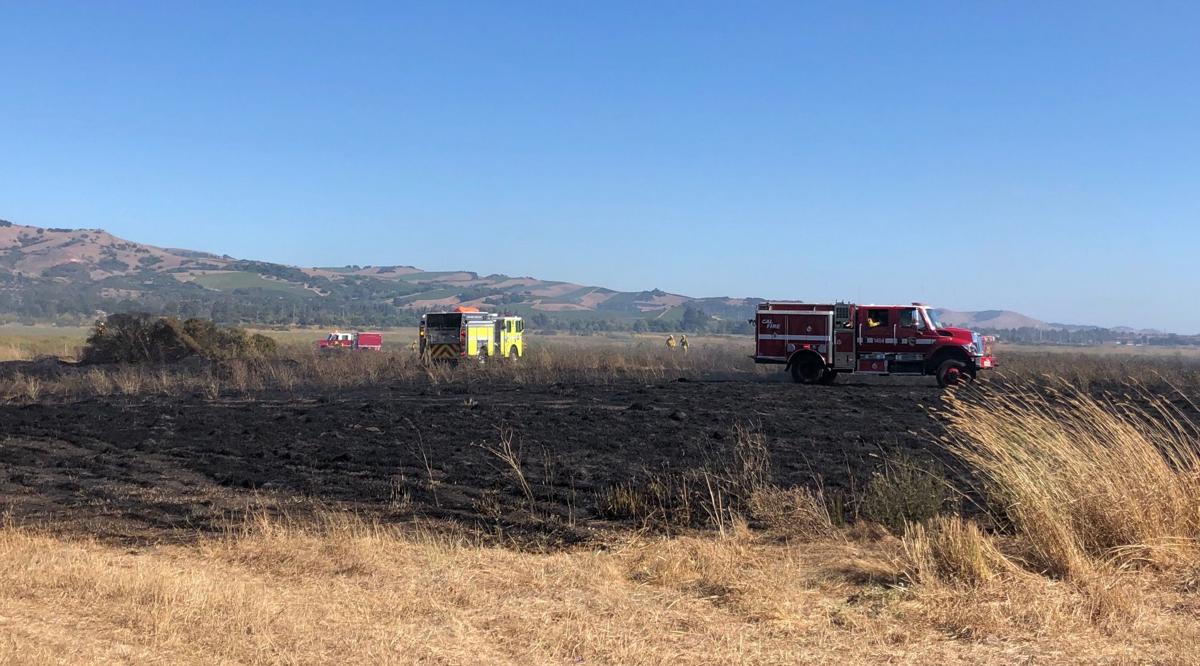 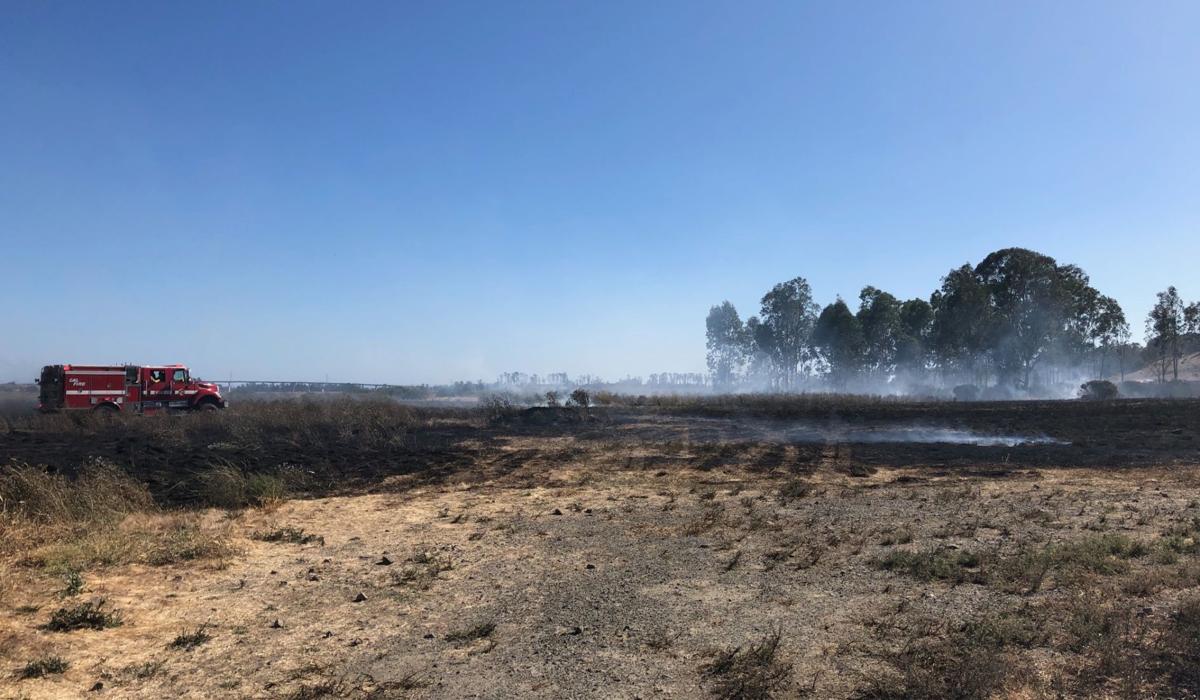 Fire crews worked to clean up the last of a fire in south Napa. 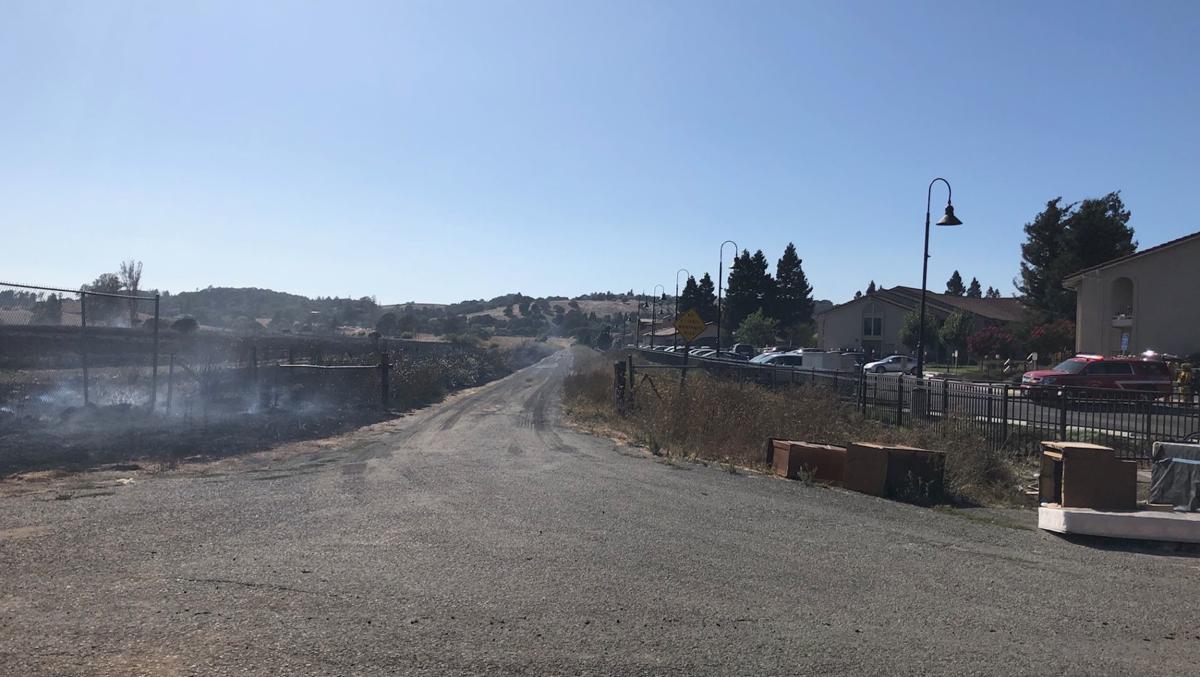 The Meadows of Napa Valley retirement home, to the right, and charred grasses, to the left, after a south Napa fire.

A vegetation fire in south Napa burned Thursday afternoon through an estimated 30 to 40 acres, officials say.

The fire started on a windy afternoon near S. Jefferson Street and Atrium Parkway, in grasslands near the Napa Yacht Club and The Meadows of Napa Valley retirement community. Napa Fire Inspector Jose Valenzuela estimated that it began around 2 p.m.

Though the billowing smoke clouds alarmed many in Napa, according to posts on social media, there were no injuries reported.

Valenzuela, who stood near The Meadows and did not have a clear view of the fire near the Yacht Club, said the fire came close to the retirement home, but did not threaten the structure. A road separated the property from the fire. The wind helped push the flames away from the building, he said.

Steve Villano, who lives nearby, watched as firefighters cleaned up the last of the the fire. He said he heard about the fire after getting a Nixle alert from the Napa Fire Department.

"I got concerned because all of our houses are close together," he said.

It helped that crews "got a hold on it pretty quickly," he said

A student at the Culinary Institute of America in St. Helena was arrested early Thursday morning after police say he accidentally fired a gun …

An American Canyon man is suspected of intentionally setting fire to an American flag in the driveway of a vacant home owned by his parent, po…

A woman suffered injuries to her neck and stomach after a drunk driver hit her car Wednesday night in Browns Valley, police say.

Fire crews worked to clean up the last of a fire in south Napa.

The Meadows of Napa Valley retirement home, to the right, and charred grasses, to the left, after a south Napa fire.