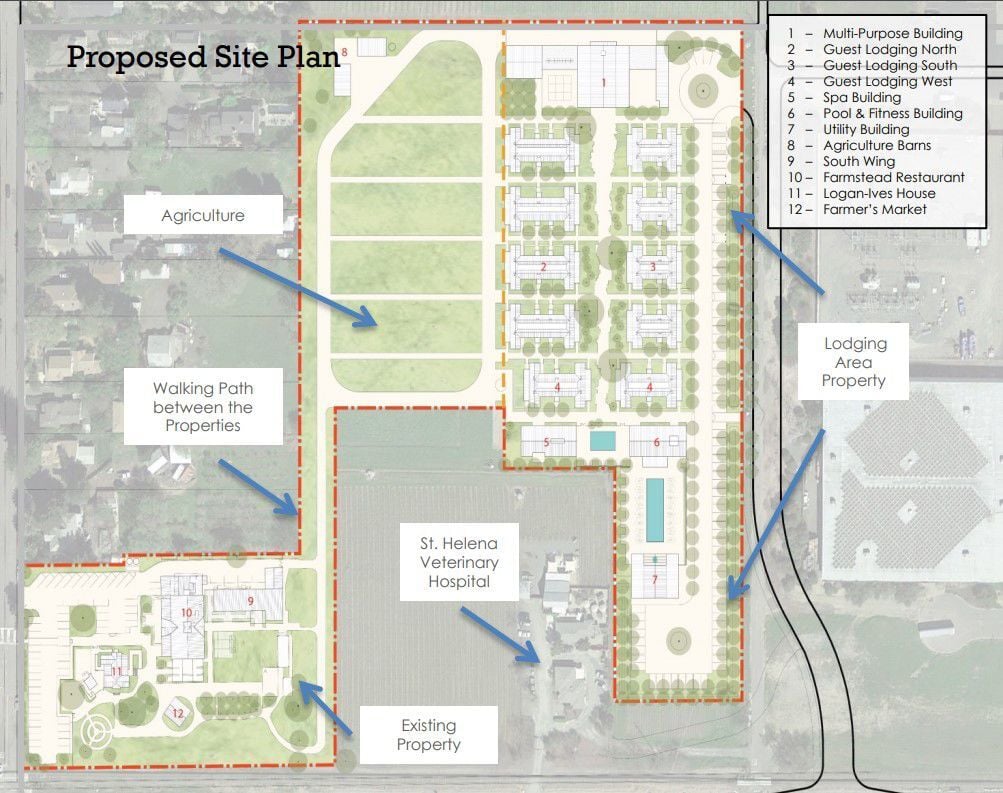 The Hall family is seeking to add 65 hotel rooms next to Farmstead at Long Meadow Ranch. 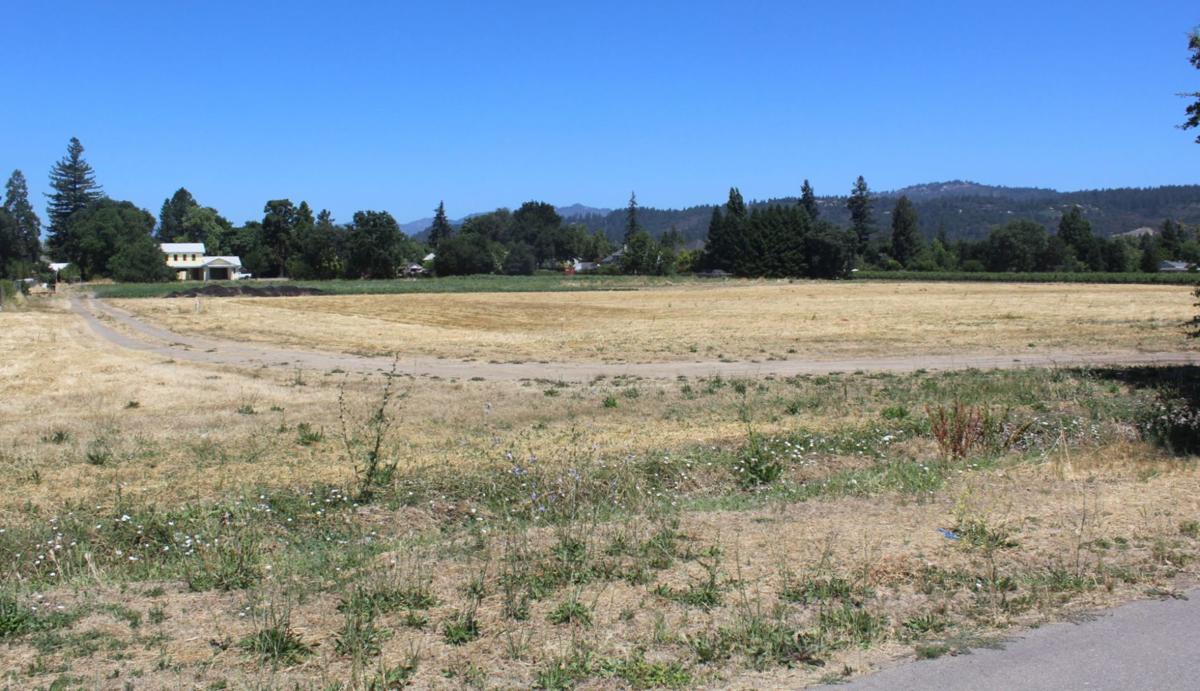 The proposed site of a hotel along Mills Lane. 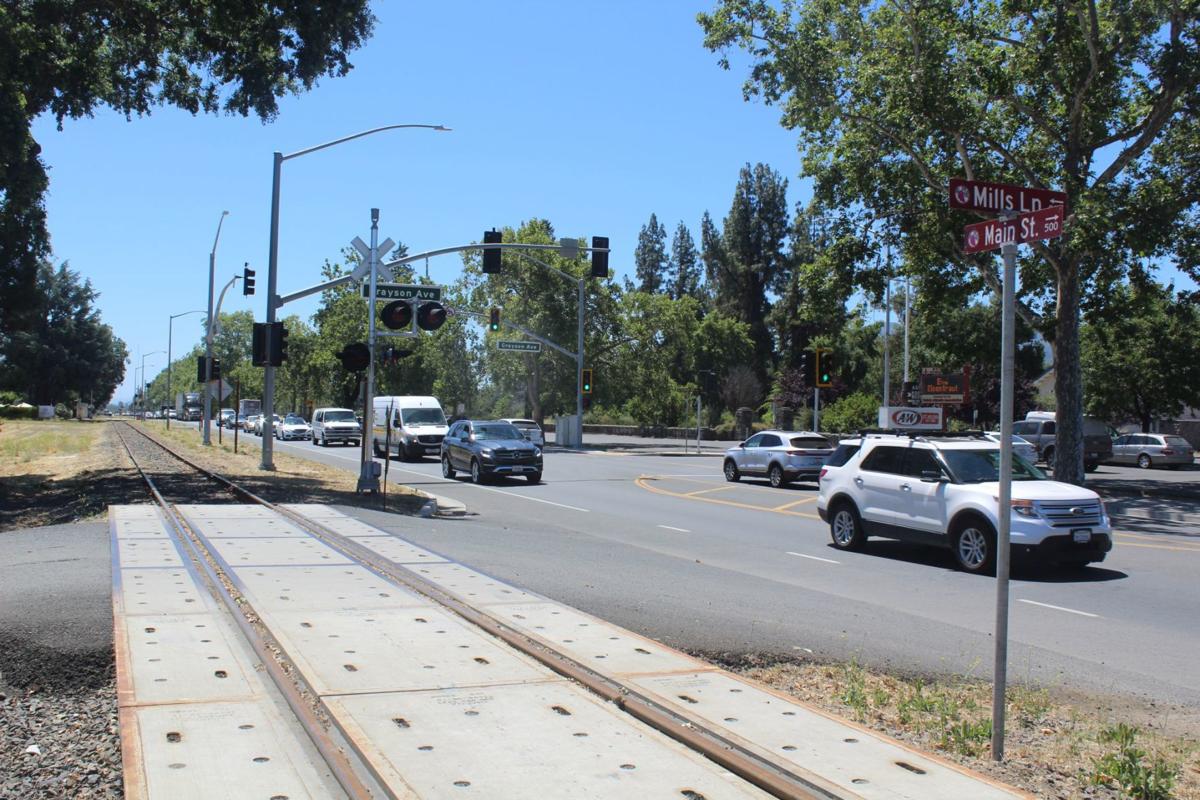 The proposed hotel next to Farmstead at Long Meadow Ranch would be accessed from Mills Lane, which would be realigned with Grayson Avenue. 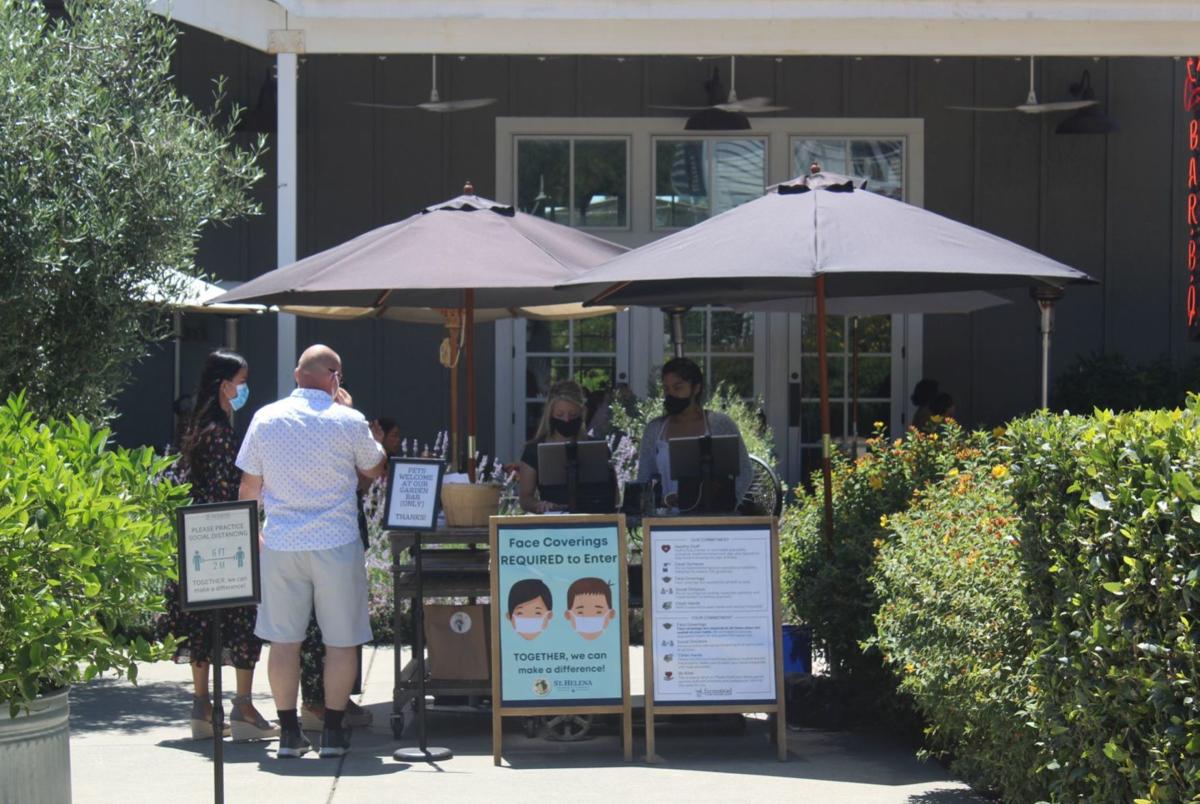 Diners check in at Farmstead at Long Meadow Ranch. 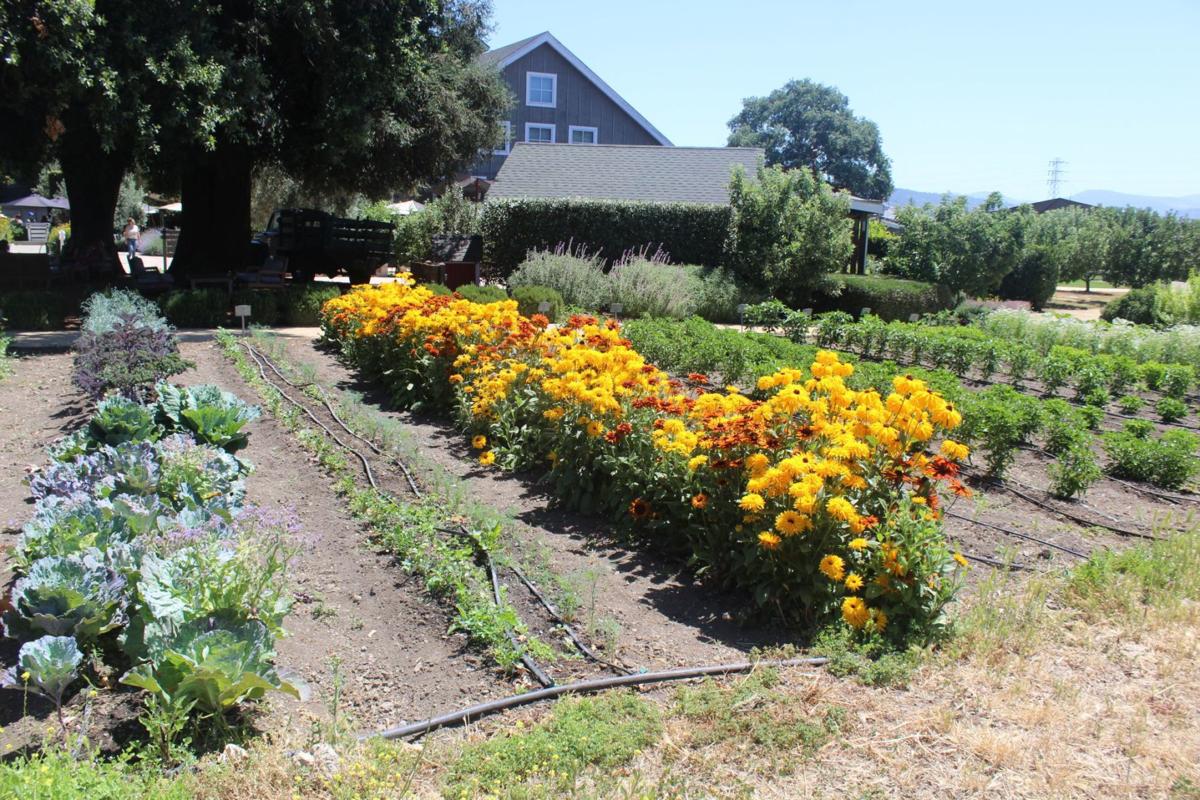 Farmstead at Long Meadow Ranch prides itself on its organic produce. 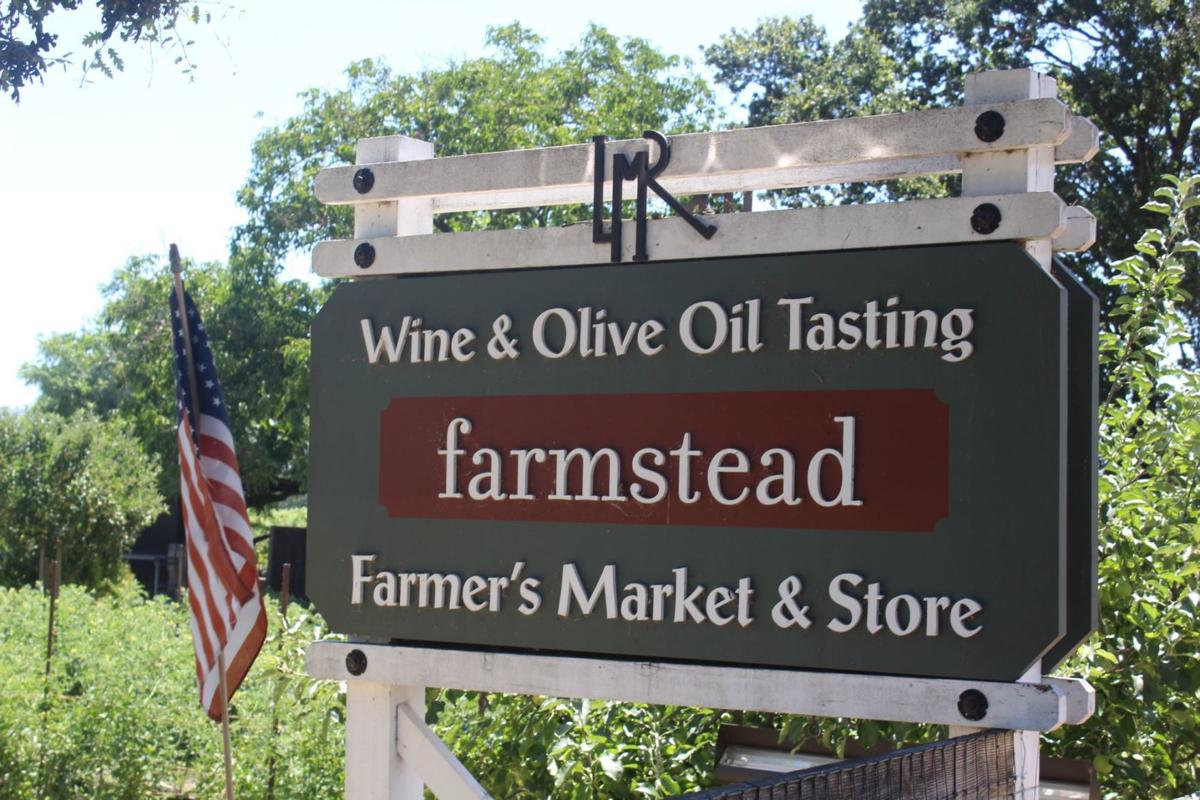 A sign along Highway 29 outside Farmstead at Long Meadow Ranch.

A proposed hotel project in St. Helena could add 65 guest rooms, scattered in 10 single-story structures, to one of the city’s most recognizable restaurants.

Ted Hall of Farmstead at Long Meadow Ranch says his hotel project would generate more than $2 million a year in city revenue and funnel scores of customers to businesses in downtown St. Helena.

In describing his family’s 65-room project, Hall doesn’t even use the word “hotel.” He says it would merely add a lodging component to the existing Farmstead at Long Meadow Ranch property, using existing infrastructure like food service, administration, marketing and maintenance.

“While we will need to add some employees, the number of employees won’t be anything like a standalone hotel,” Hall said. “The bang for the city is really large relative to any impact.”

The project could come before the Planning Commission as soon as August. Then the City Council will hold a hearing on the development agreement, which is still being negotiated and will spell out details such as the project’s contribution to affordable housing.

The city is accepting comments on the project’s environmental document through Monday, June 29. Details are available on the Planning Department page on the city’s website, cityofsthelena.org.

If approved, the hotel could open in late 2022, Hall said. The rooms would have an average daily rate of $967.

The lodging would be built on commercial-zoned land southeast of Farmstead, behind David Gold’s veterinary hospital. Visitors would access the hotel from Mills Lane, which would be realigned with the signal at Highway 29 and Grayson Avenue, creating a four-way intersection with a new railroad crossing.

A walking path would connect the restaurant property with the hotel and an agricultural area with vegetable fields and fruit orchards.

The 65 guest rooms would be spread among 10 single-story buildings. Each room would come with two bicycles. A bike path would encourage guests to walk or ride downtown. Hall said the site is less than a 10-minute walk from the corner of Main and Hunt.

“It will really be a boon to the downtown area,” Hall said.

Other hotel amenities would include a multi-purpose building, pool, spa and utility building. The new buildings, including the hotel rooms, would total 53,200 square feet.

In addition to the lodging, Hall is also proposing some changes at the current Farmstead property.

The application seeks to move the restaurant’s baking operation from the restaurant to the Logan-Ives house, enclose the existing farmers’ market building and use it for butchery, add more dry storage at the restaurant, and build a sound wall at the outdoor bar.

If approved, Farmstead’s new use permit would allow up to four events per week with up to 200 people and up to six events per year with up to 300 people.

Hall said the project would be rooted in the same principles of sustainability and farm-to-table agriculture that guide the rest of Long Meadow Ranch’s operations. The construction will incorporate water conservation measures, solar power, and non-glycol cooling systems, he said.

“We’ll continue to walk the talk as we have from the beginning,” he said.

According to the project’s environmental reports, the hotel will have 65 employees, with a maximum of 47 on-site at a time.

The site plan doesn’t include any housing, but Hall said his family will provide “substantial funds above our required housing impact fees.” He said the details are in the final stage of negotiations between the applicants and the city.

“I’m committed to finding a way to help something actually happen, as opposed to people just continuing to study this issue,” he said. “We need to build some units.”

The Napa County Board of Supervisors tentatively denied an appeal challenging the Mathew Bruno tasting room to be located in a Victorian home in Rutherford.

Where's the water for a new hotel in St. Helena?

Ted Hall wants to build a new hotel, but where's the water going to come from?

The Hall family is seeking to add 65 hotel rooms next to Farmstead at Long Meadow Ranch.

The proposed site of a hotel along Mills Lane.

The proposed hotel next to Farmstead at Long Meadow Ranch would be accessed from Mills Lane, which would be realigned with Grayson Avenue.

Diners check in at Farmstead at Long Meadow Ranch.

Farmstead at Long Meadow Ranch prides itself on its organic produce.

A sign along Highway 29 outside Farmstead at Long Meadow Ranch.