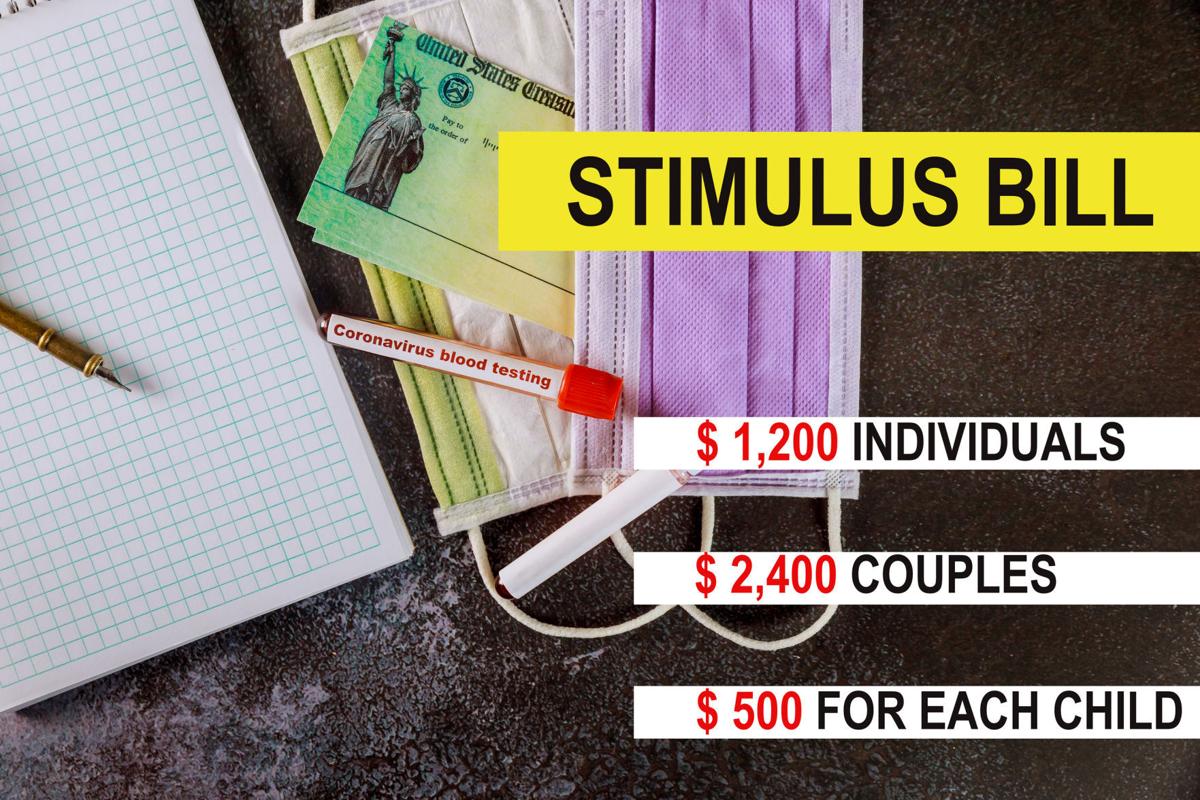 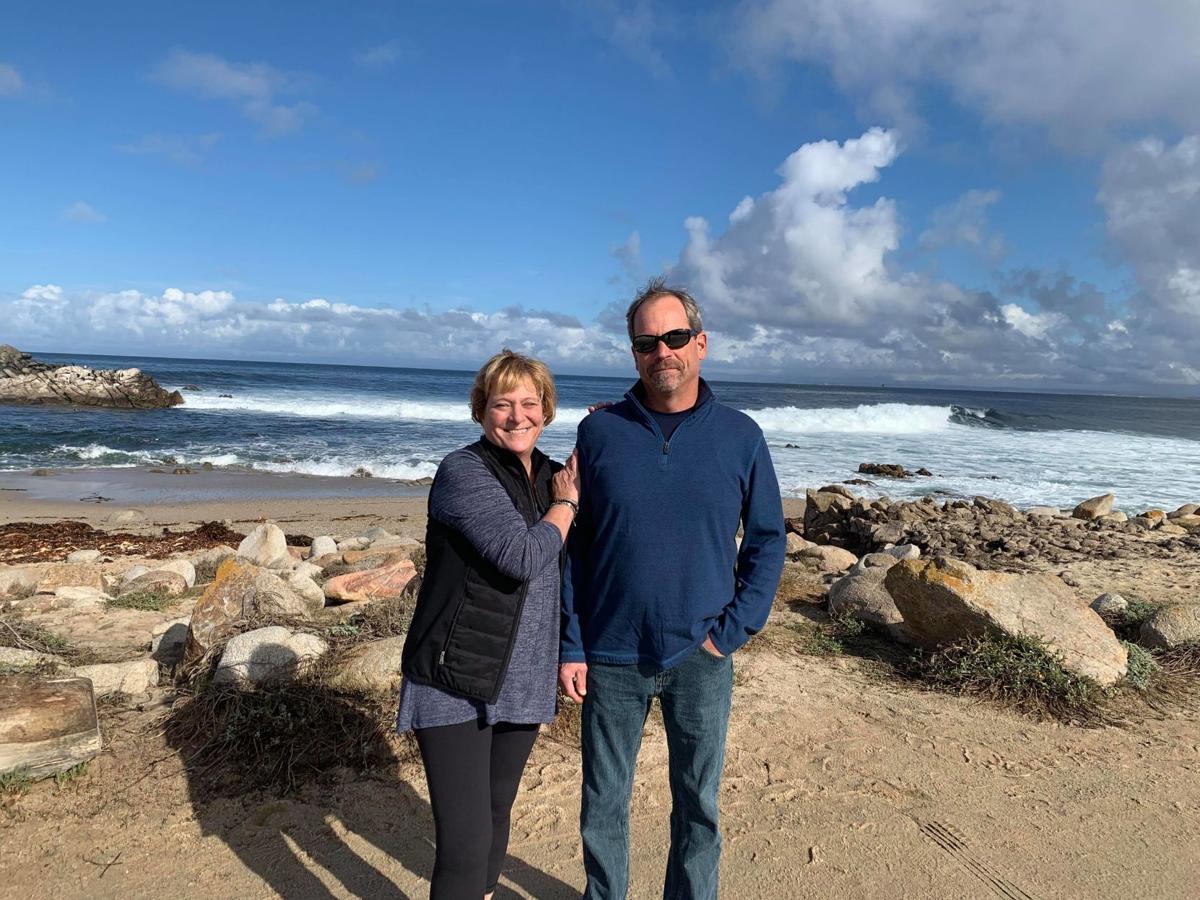 Heather Bennett McCollister with husband Bob McCollister. The pair have donated most of the stimulus checks they've received over the past year, Bennett McCollister said, considering themselves lucky not to have been significantly, financially impacted by the pandemic and its economic fallout.

Napa residents are among the 159 million households slated to receive stimulus checks from the third round of federal coronavirus relief.

The funds — $1,400 to each qualifying American, $2,800 for qualifying couples — are “desperately need(ed)” help for Americans, President Biden said in a press conference earlier this month. Economists say the checks could also help small-town economies recover: once recipients have paid bills and lined their pandemic savings accounts, they may take what remains of their check and treat themselves to dinner at a local restaurant or a small shopping trip.

Napa resident Heather Bennett McCollister, 60, has spent much of the pandemic feeling fortunate to be able to make ends meet and then some, stimulus or no stimulus. Both she and her husband have remained employed through the course of the pandemic, Bennett McCollister said, so when they learned they’d be eligible to receive the third check, they did as they had done with the previous two. About a third went into a rainy day savings account; the rest, they donated.

“Last time I donated to the food bank, and we gave to a couple of families we knew in the hospitality industry who were down to one income or half an income — they’d been impacted by the pandemic,” she said. “The people I know are just trying to pay bills — they’re behind in rent, trying to make payments on their car loans, all of that stuff.”

A number of Americans, like the families Bennett McCollister knows, have put their first two rounds of stimulus checks toward necessities over the last year, such as paying down debt or bills, according to Katherine Eriksson, an assistant professor of economics at the University of California, Davis.

And stimulus-getters who didn’t need to utilize their checks for bills might have also been more hesitant to spend the money frivolously, Eriksson added. The economy in the spring seemed precariously volatile, and “people save when they’re worried,” she said.

Data supports Eriksson’s hunch: Americans used just more than a third of the $1,200 stimulus checks they received last year to pay down debt, and saved about another third, according to data from Federal Reserve Bank of New York. Just 29% went toward “consumption,” and just 7.7% went toward consumption of non-essential goods.

This time around, though, Eriksson expects there’ll be an overall larger expenditure of the federal funds — though much of it may go toward a kind of second tier of necessities.

“That’s partly because people are realizing this is a long-term problem — they need to pay their rent, they’re going to need to buy things they’ve been putting off buying for the last year,” she said. Looming expenses, like long-awaited car or home repairs, might take priority after rent and bills this time, according to Eriksson.

Napa resident Frank Thompson, 77, put a portion of the first stimulus check last year toward repairs on both his home and his daughter’s home in Napa, which he owns, he said. He used the $600 check for medical expenses; he intends to put this most recent check toward property taxes. Thompson lives off of his Social Security benefit, which puts him on a tight budget, he added.

Spending patterns this time around could be swayed by the pandemic’s lessening severity, according to Eriksson: not only are there more businesses allowed to open in at least some capacity, but case rates are dropping, and California residents are being vaccinated with increasing frequency.

“It’s — not only is the hairdresser open, but I can afford to go there and I want to go there,” Eriksson said. “I would think a lot of the money, in terms of expenditure, would go to local economies (as) we enjoy things we haven’t been able to do for a year.”

Napa residents Dave and Janis Wagner were donating the whole of their stimulus checks to a very special small business: their son’s restaurant, Seville Tapas, two hours southwest of Napa in Half Moon Bay, Dave Wagner said in an email.

“The restaurant has been basically closed for a year due to lack of tourism and the weather,” Dave Wagner wrote in an email, adding he and his wife had given previous payments also to their son, who was hoping to open back up as the days began to warm.

It’s possible, too, that tourist towns like Napa and Half Moon Bay could see an influx of visitors newly flush with stimulus cash, Eriksson said: Bay Area residents might choose to take some of the extra money and take a day trip to go wine tasting, she suggested.

Of course, the checks will be most impactful for Americans who have lost work or wages during the pandemic’s course, Eriksson said. For low-income families, the check — alongside the bolstered unemployment and child tax credit the larger stimulus package provides — could be a literal lifeline, the difference between sink or swim. The United States had only provided direct payments to Americans once before the pandemic following the Great Recession, Eriksson said, but in this case, the assistance will likely be of more use than, say, a tax cut.

“I think we’ve seen it’s better to send people money directly,” she said. “Giving money to low-income households, especially, is one of the most important things you can do (in a crisis like this).”

PHOTOS: LIFE IN NAPA DURING THE COVID-19 PANDEMIC

This is the smallest man-made flying machine ever built

This is the smallest man-made flying machine ever built

California's EDD system has been dysfunctional for vast numbers of residents statewide. For some Napans, the missing checks had been their lifeline during the pandemic.

Philanthropy continues to fill gaps in government assistance. Some donors are limited by their own hardship; others have doubled down on giving.

The food bank is searching for another distribution location to avoid traffic conflicts in its Yajome Street neighborhood.

Among deaths tied to the pandemic, 81% have been people 65 years and older.

Heather Bennett McCollister with husband Bob McCollister. The pair have donated most of the stimulus checks they've received over the past year, Bennett McCollister said, considering themselves lucky not to have been significantly, financially impacted by the pandemic and its economic fallout.