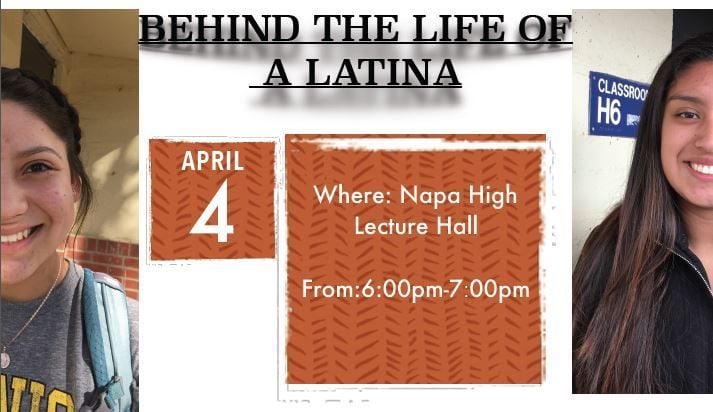 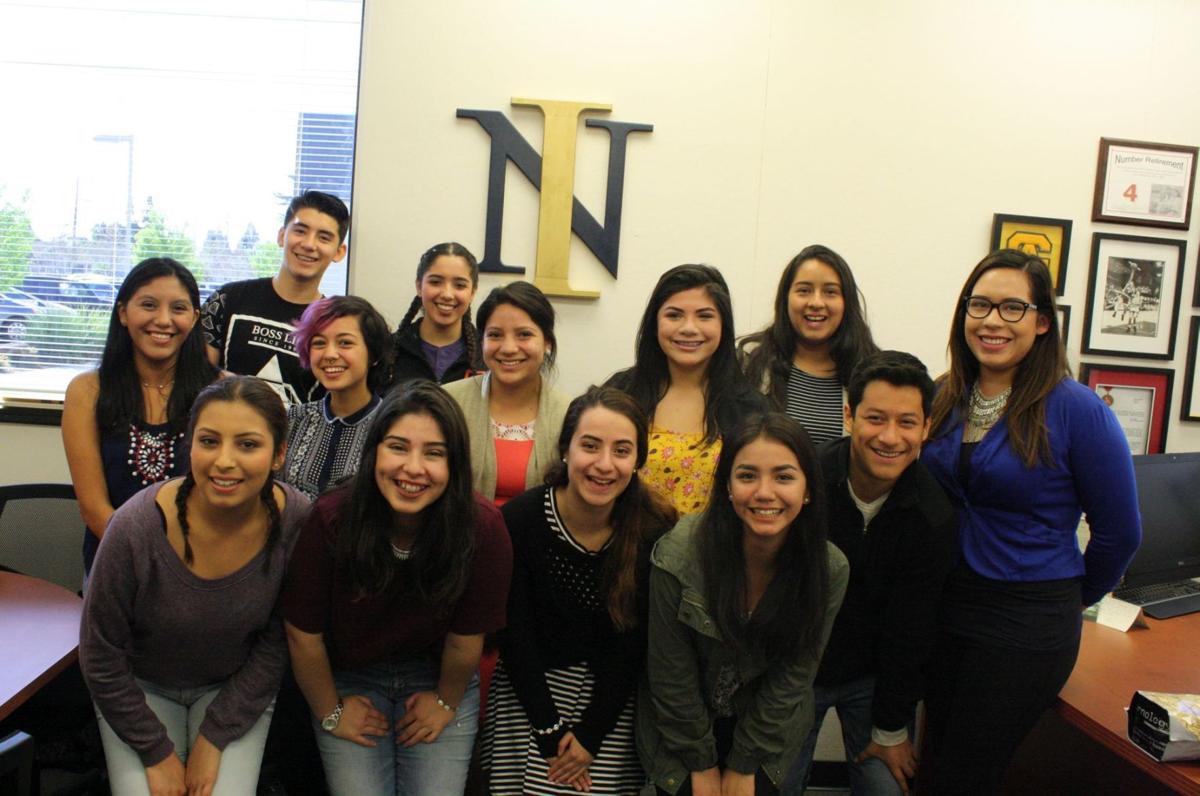 The students who worked on the documentary, “Behind the Life of a Latina,” pose for a photo with their LAYLA coach, Abby Gonzalez Zepeda.

What impact can a dozen Hispanic students make? Students at Napa High School are hoping a big one.

For the past year, students in Leadership Academy Youth Leaders in Action, or LAYLA, have been working on a documentary that shows the struggles of two Latina students at the school.

The documentary, “Behind the Life of a Latina,” isn’t just about the two featured students, though. The filmmakers are highlighting struggles felt by many Hispanic students.

“It’s not something talked about a lot,” said Kimberly Mendoza, 16. Mendoza and her classmates, all juniors, spent part of last summer, hours after school and even their spring break working on the project that will be presented to the community on Monday night in the Napa High Lecture Hall.

The 24-minute film highlights what two students at the school — Cynthia Avila and Claudia De La Cruz, both 16 — go through at school and at home due to their racial identities.

Both girls have immigrant parents who find it difficult to help with things like homework, especially on the high school level, since they did not have an American education themselves, explained Vanessa Castillo, 17, part of LAYLA. Immigrant parents may not even expect their children to take college preparation courses or have an opportunity to attend college, said De La Cruz.

One parent in the documentary couldn’t even pronounce the name of a college, added Evelyn Tijero, 17. “He didn’t know how to say it even though that’s his daughter’s dream school,” she said.

But the documentary goes beyond the students’ struggles to have their parents understand how important education is them. It shows the daily challenges in school. Even though about 60 percent of Napa High students are Hispanic, only a handful of these students take honors or AP courses, said De La Cruz.

“I feel that most of us don’t take those classes because as Hispanics we’re the minority in them,” she said. By participating in this documentary, she hopes that more of her peers will challenge themselves, then attend college. “I feel that it will make an impact by encouraging every student to take those classes and to know that, no matter where they come from, there’s always a chance and there’s always somewhere for them to go.”

“This is not just Napa High,” De La Cruz said of this social issue. It’s all over Napa as well as the nation, she said.

The main point of the documentary is to spread awareness, Mendoza said. Even if the students don’t solve the problem of racial inequity at the school, they at least want people to know about it, she said. “Our goal is to inspire others.”

And to make people feel that they’re not alone, added Tijero. “We’re all together in this,” she said. Not everyone gets an opportunity to speak up about their issues, but everyone has them and feels better about it when those issues are acknowledge, she explained.

“We just want everyone to feel comfortable,” said Melissa Contreras, 16.

De La Cruz said the experience of having her story told was special. “I’ve always just lived the way I’ve lived, but I’ve never really been able to say it out loud or tell my story,” she said.

Through her participation in this project, everything in her life has shifted, she said. Now her parents, who were interviewed for the documentary, understand how important education is to her and she even feels better about her life at school.

“It’s been amazing. I knew right away that it was going to be a really special opportunity and I wouldn’t get this chance again,” said Avila, the other student featured in the documentary.

The filmmakers are part of a group of LAYLA students who have learned a lot as well and are still learning, said the program lead Rich Hernandez.

One of the biggest difficulties for them was learning how to be objective, he said. The students all fit the demographic that they highlight in the documentary which made it easy to leave out important questions since they, being Hispanic students also, already knew what those answers would be.

“They knew these youth not because they are friends with the youth — they knew them because they’re the same, they have that same experience. So why would I ask about financial struggles when I know the answer?” he said.

Their project coach, Abby Gonzalez Zepeda said that many Hispanic students don’t expect to finish projects because not finishing things or not graduating is what they have been expected to do their whole lives.

“Our job was to tell them, ‘Yes, you can— there are steps you have to go through in order to finish, but you can [finish].’”

Although some of the students are a little nervous about showing the documentary, they’re can’t wait for its premiere.

“I’m really excited to show it,” said Mendoza. It was great to collaborate on something that everyone was so passionate about and to actually be able to make a difference with it, she said.

Principal Annie Petrie said that the students have already made a difference. “I got to preview this video on Wednesday and it was really hard for me to watch in certain parts because I heard from the kids’ lens what it feels like sometimes,” she said.

Although the staff at the school is extremely supportive of students, seeing the documentary has opened her eyes to the fact that the school can do better and continue the conversation. “It’s pretty inspiring,” she said. “They will have a big impact.”

“Behind the Life of a Latina” will be shown between 6 p.m. and 7 p.m. at the Napa High Lecture Hall on Monday. The student filmmakers will be available following the screening to answer any questions and engage in conversation.

For more information contact Abby Gonzalez Zepeda at laylaacademy@gmail.com or at 707-251-9432.

Behind the Life of a Latina

The students who worked on the documentary, “Behind the Life of a Latina,” pose for a photo with their LAYLA coach, Abby Gonzalez Zepeda.