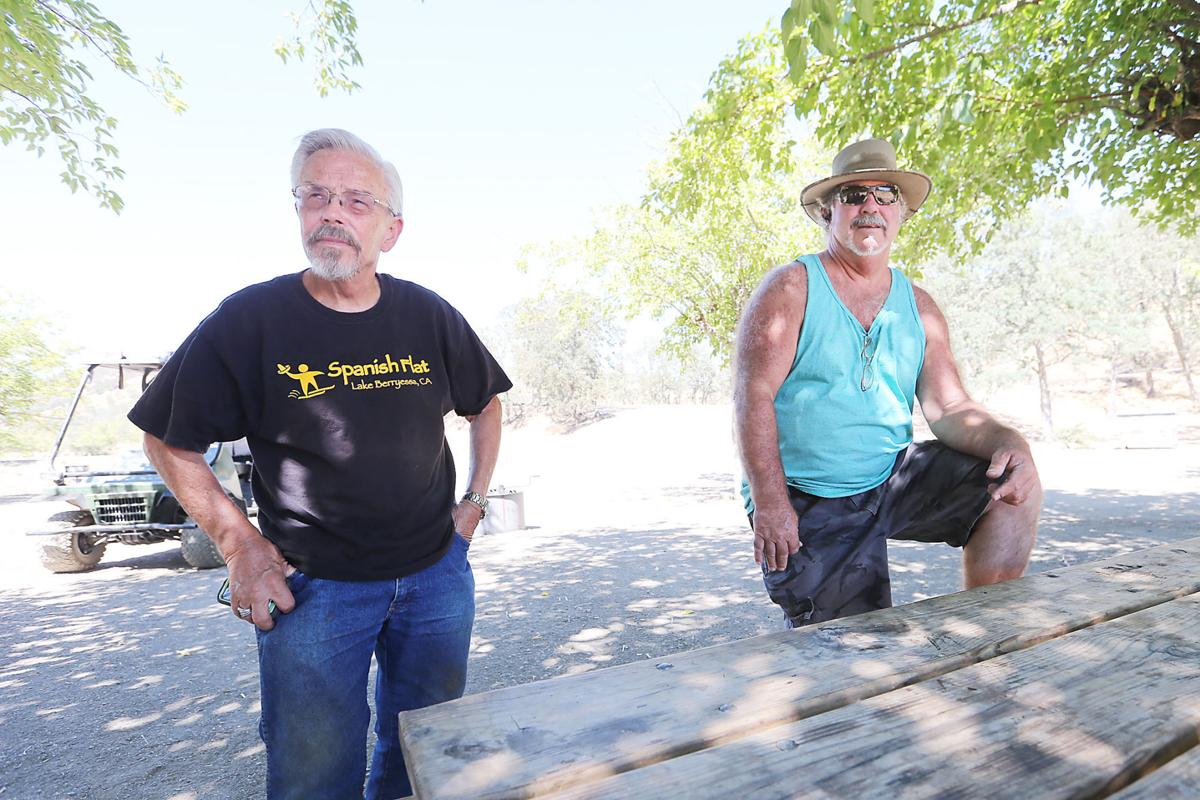 Jerry Rehmke, a painting contractor, left, and Craig Morton Sr., who owns a pest control company, in 2016 when they and other Berryessa locals began operating Spanish Flat resort at Lake Berryessa. 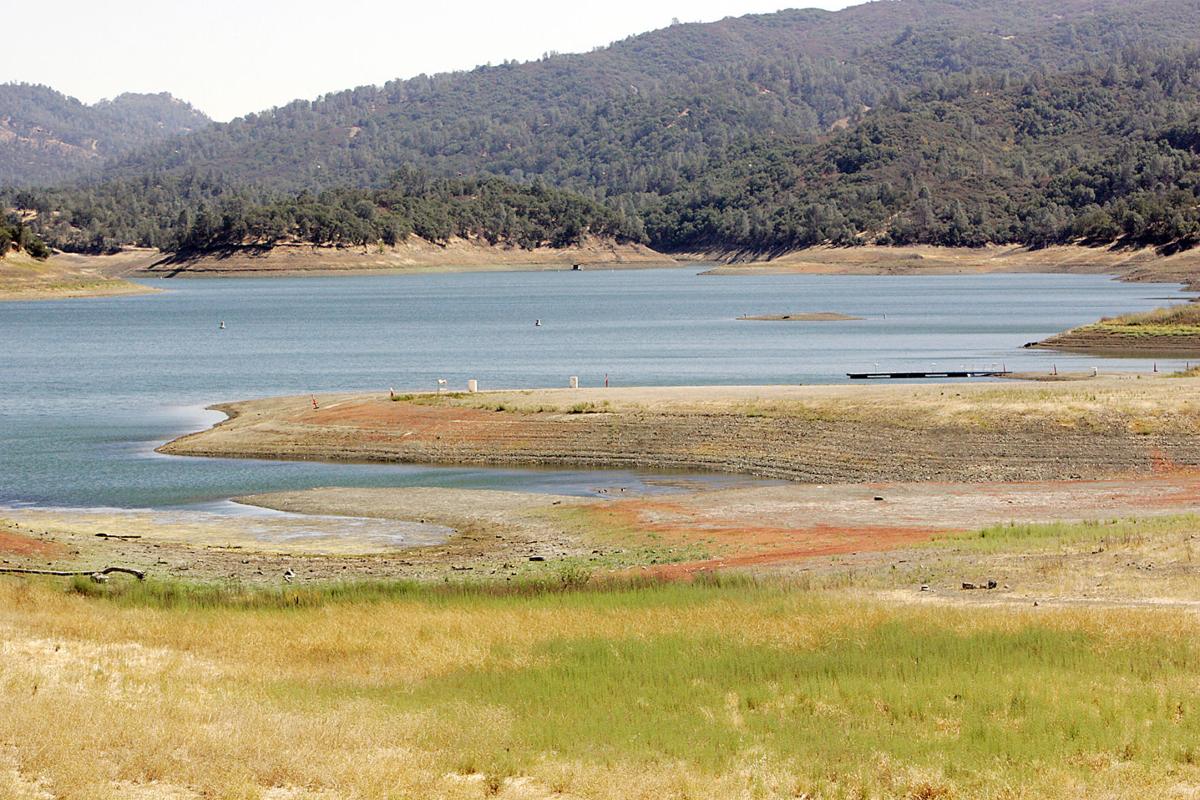 Lake Berryessa locals who stepped in during 2015 to run one of the resorts along the federal reservoir are no longer on the job, with a new operator to come.

Spanish Flat resort for six years has been a mom-and-pop operation. When the U.S. Bureau of Reclamation couldn’t find a big-time concessionaire to do the job, the locals stepped in as a stop-gap measure.

Plunkett's parents had founded the original Spanish Flat resort in 1959. He left the new partnership by fall 2016, with firefighter Mike Medina joining for a while.

Now it's over. Now, when Morton ends his weekly pest control work on Friday, he doesn't have to spend most of his weekend helping to run a resort.

“Basically, I’m kind of relieved in one way,” Morton said. “I’ve put everything on the back burner for myself. My place needs some maintenance. I’d like to get out on my boat and not worry about getting called back in.”

The group's goal was to be a bridge until the Bureau’s more ambitious Lake Berryessa dreams for resort redevelopment were realized.

Their adventure began in spring 2015 when the Bureau announced that it no longer had an interim concessionaire to run Spanish Flat. The resort looked like it would remain closed.

"It's looking more and more like a ghost town out there and a few businesses up there are starving," Morton said at the time.

Morton, Ritz, Rehmke, and company decided to do the job themselves. They might not have been professional resort operators, but they knew Lake Berryessa.

“We’re the local people," Rehmke said in 2015. "That’s a plus. We know what we want and what people want when they come in and camp.”

For Ritz, an open Spanish Flat resort meant more people coming to her store and deli to buy bait, sandwiches, and other goods.

“It’s going to make all the difference in the world,” Ritz said in 2015. “It’s going to help keep the west side of the lake alive.”

They took a step into the unknown to avoid having a shuttered Spanish Flat resort drag down the local economy.

“Initially, when we took it over, we did it just to keep the viability of that side of lake up," Morton said. "We weren’t even sure we would make money.”

For the record, Morton said they were able to make money. But they learned about a month ago their interim contract to run the resort would not be renewed.

Napa County has assumed the job of overseeing Lake Berryessa resort redevelopment. The county goal is for Sun Communities to spend more than $175 million to renovate the Spanish Flat resort, along with Steele Canyon and Monticello Shores resorts.

In the meantime, Sun Communities will run stripped-down versions of Spanish Flat and Steele Canyon resorts with camping and boat launches. The county Board of Supervisors on Tuesday approved interim contracts for Dec. 1 through Nov. 30, 2023.

Sun Communities could be the catalyst for a much grander Lake Berryessa resort world. For the present, it will be a stop-gap resort operator itself.

For Morton and partners, all that remains is to clean up Spanish Flat resort and remove their equipment by Nov. 30, before Sun Communities takes over. That and memories.

One of those memories is the LNU Lightning Complex fires that burned around Lake Berryessa in 2020. Morton was at the resort and went out on the water in a boat to watch the flames light up a darkened landscape.

Spanish Flat resort survived the fire virtually untouched. But, between the fire closures and the COVID-19 pandemic, a nearby Italian restaurant and Ritz’s store and deli were both shuttered.

In that sense, the effort to keep Spanish Flat resort alive to help local businesses had mixed results — the resort kept people coming to the west side of the lake, but other forces hurt the businesses.

Morton began coming up to Lake Berryessa at age 17, about 50 years ago. He’s lived at the lake since 1992. He plans to go use the redeveloped resorts to launch his boat but has some doubts whether some of the grand Sun Communities proposals will become reality.

“Some I think are good,” he said. “I don’t think exercise is going to be one of the big ones. This lake is not a scuba-diving lake. You can’t see far enough to scuba dive. And sandy beaches, there’s no way to have a sandy beach… you can’t keep the sand on them.

“We’ll have to see. I think some of the stuff is overstated.”

Now that he is no longer helping to run a Lake Berryessa resort, Morton plans to enjoy Lake Berryessa boating more. Last year, he might have spent 24 hours in his boat. He estimated that, before the resort venture, he’d spend 200 to 300 hours a year in it.

“For those who have camped with us for years, I thank you very much and wish you the best,” Morton said in the message.

LAKE BERRYESSA — Craig Morton, who owns a pest control company, recalls talking to a U.S. Bureau of Reclamation official about Spanish Flat re…

Jerry Rehmke, a painting contractor, left, and Craig Morton Sr., who owns a pest control company, in 2016 when they and other Berryessa locals began operating Spanish Flat resort at Lake Berryessa.