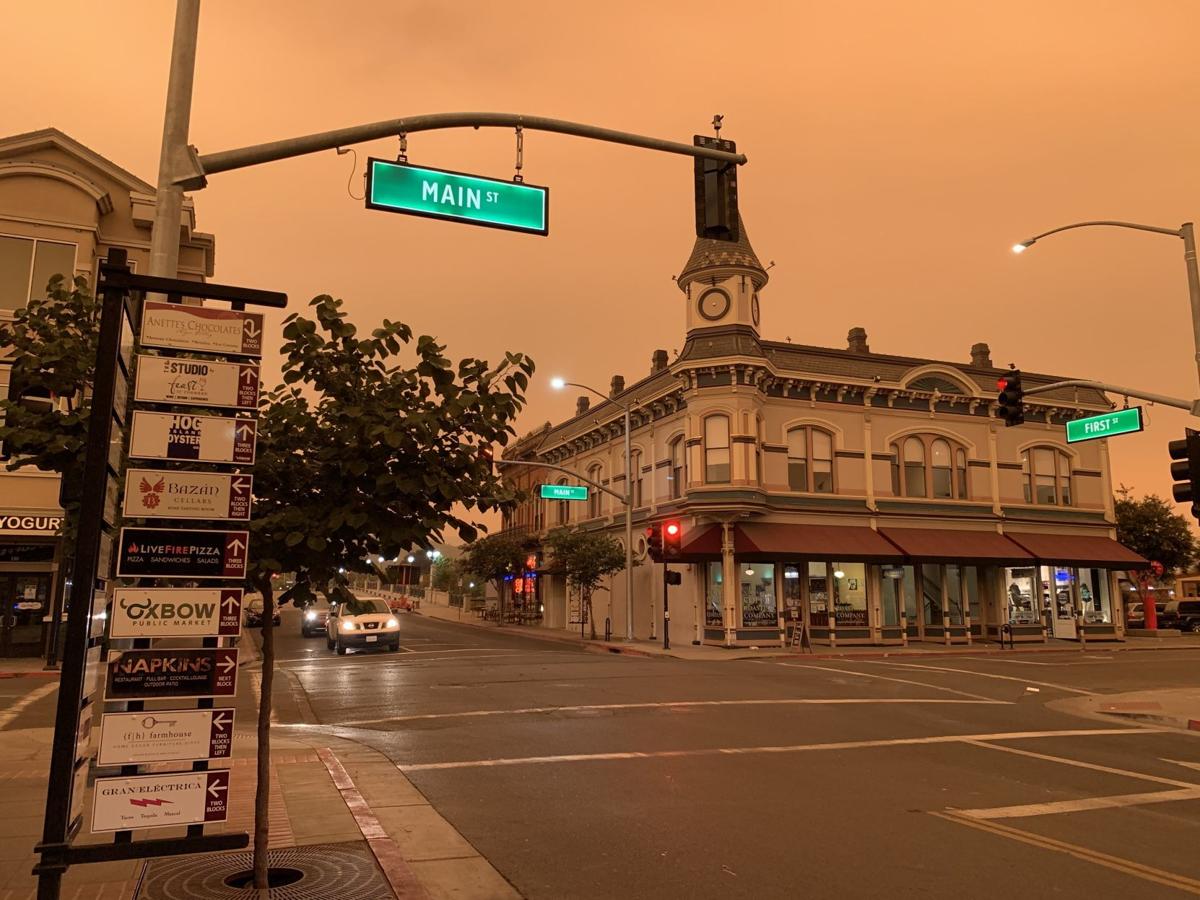 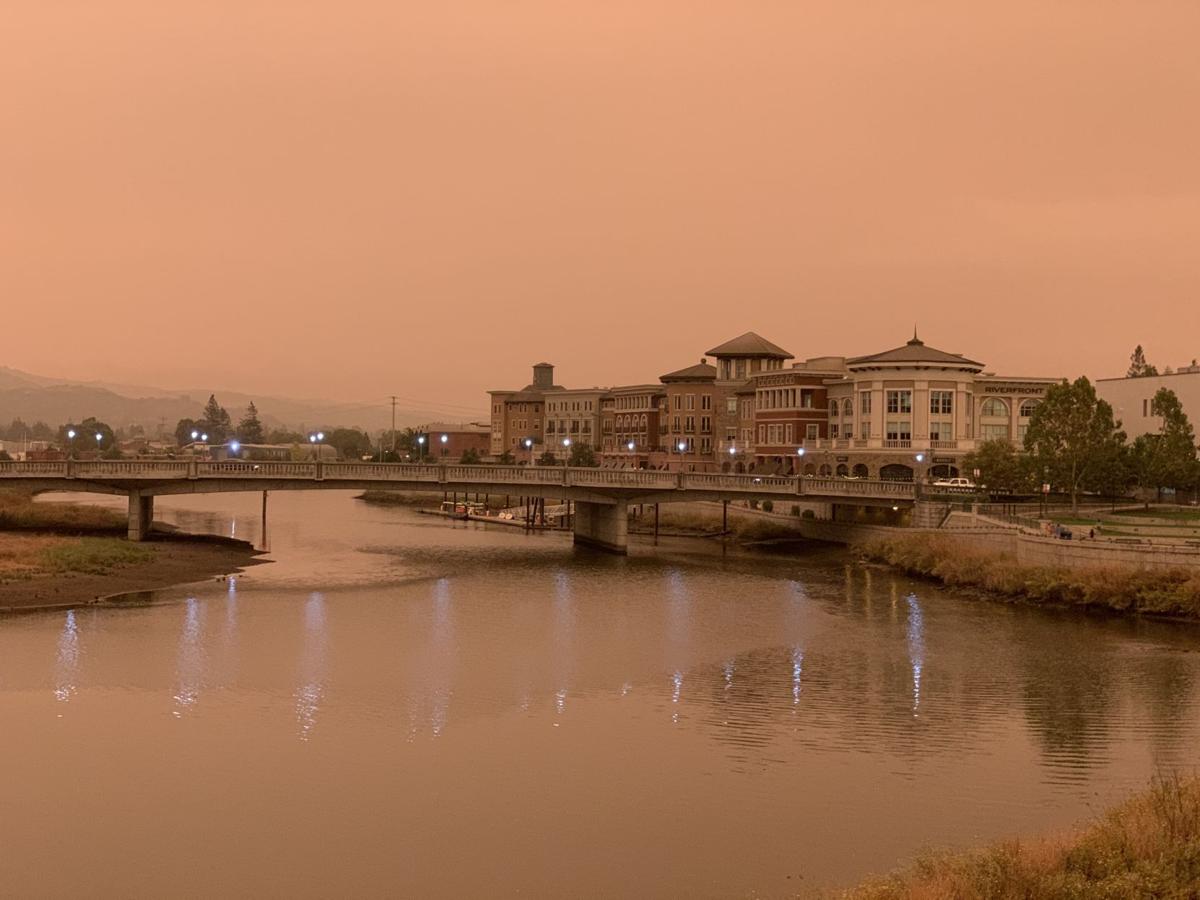 If you arose Wednesday morning hoping to catch a sunrise over Napa, there’s a good chance you missed it.

Much of the Napa Valley remained dark into the later hours of the morning as ash collected on cars and swirled in the street. When the sky did lighten, it was not clear daylight that poked through the windows of homes in the North Bay, but air with an ominous, radiating orange hue.

A thick blanket of smoke above much of Northern California cast down the distorted daylight. Northerly winds had transported smoke from the August Complex fire burning in Mendocino National Forest, and the North Complex fire, burning to the east of Chico, according to Roger Gass, a meteorologist with the National Weather Service.

The “tremendous” number of wildfires burning in Northern California had churned up a thick blanket of smoke that was now essentially trapped by wind and weather patterns, he said.

“If there was only one fire in the area, we might have smoke moving into the Bay, but we have multiple layers of smoke in the atmosphere,” Gass said.

That smoke – made up of particulate matter – is responsible for the surreal daylight, according to Cort Anastasio, professor of Land, Air and Water Resources at UC Davis’s Air Quality Research Center.

Minuscule particles in the air cancel out “shorter wavelengths” of visible light – that is, they make it impossible to see blue and violet light in our atmosphere. What’s left over, Anastasio explained, are the yellow, red and orange wavelengths. Those remaining wavelengths created the light over Napa and the Bay Area on Wednesday.

“That’s why when you see an orange sun, it means there are lots of particles in the atmosphere,” Anastasio said.

Wind is blowing in pretty much every direction but from the west, which would move the smoke away from the North Coast and into the state’s deeper interior, according to Gass.

“We will see ebbs and flows, and some places in the Bay may do better as we have the marine layer come back to the area,” Gass added. “(Improvement would take) at least significant diminishing of the active fires going on.”

Assume precautions, like masks, are necessary when ash is visible, Gass said.

The right pattern of wind could remove the smoke and particles from the air over Napa Valley, according to Anastasia. Rain, too, could help – though California’s rainy season is still months away.

“The smoke from these fires is making it to the Midwest,” Anastasio added, referencing satellite imagery of the wildfires burning across the West Coast. “These particles can last for weeks.”

There were three county residents hospitalized with the coronavirus as of Wednesday.

The blaze, a cluster of 37 merging fires that started during a thunderstorm in August, is one of dozens of major fires that have blanketed the state in recent weeks.

Air quality in Napa County to remain unhealthy into the weekend

The North Bay has been hit especially hard by wildfire smoke and will see AQI above 150, placing it in the "unhealthy" classification, over the weekend.

Letters: The day there was no daytime.