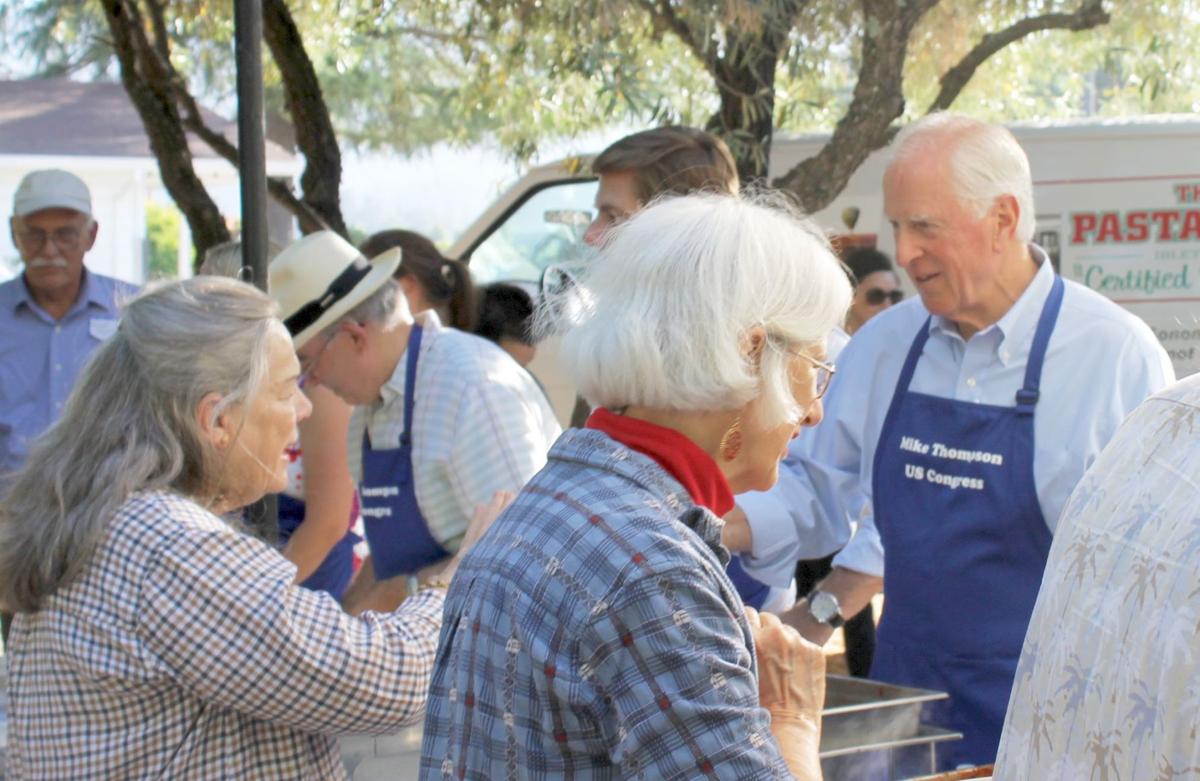 Rep. Mike Thompson, right, served pasta and polenta to his congressional constituency Sunday at a fundraiser on Zinfandel Lane. 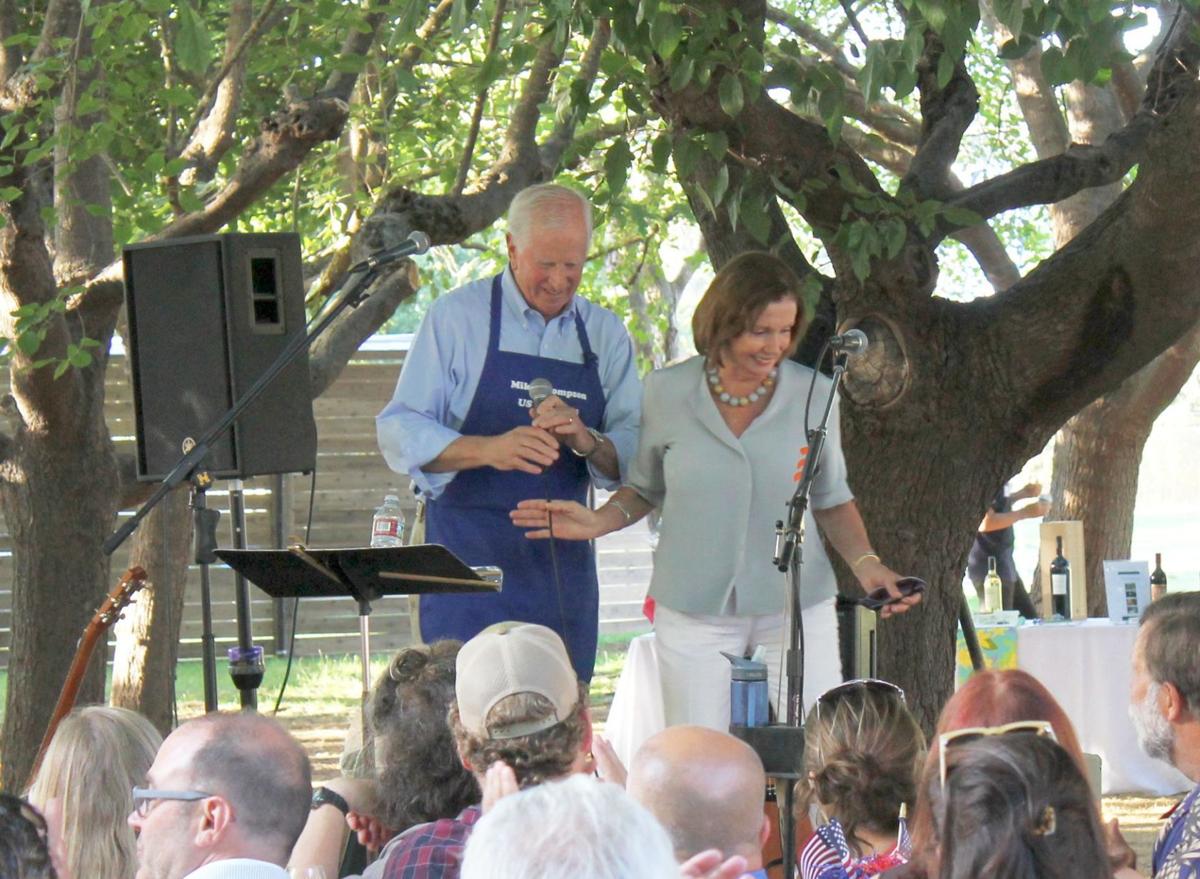 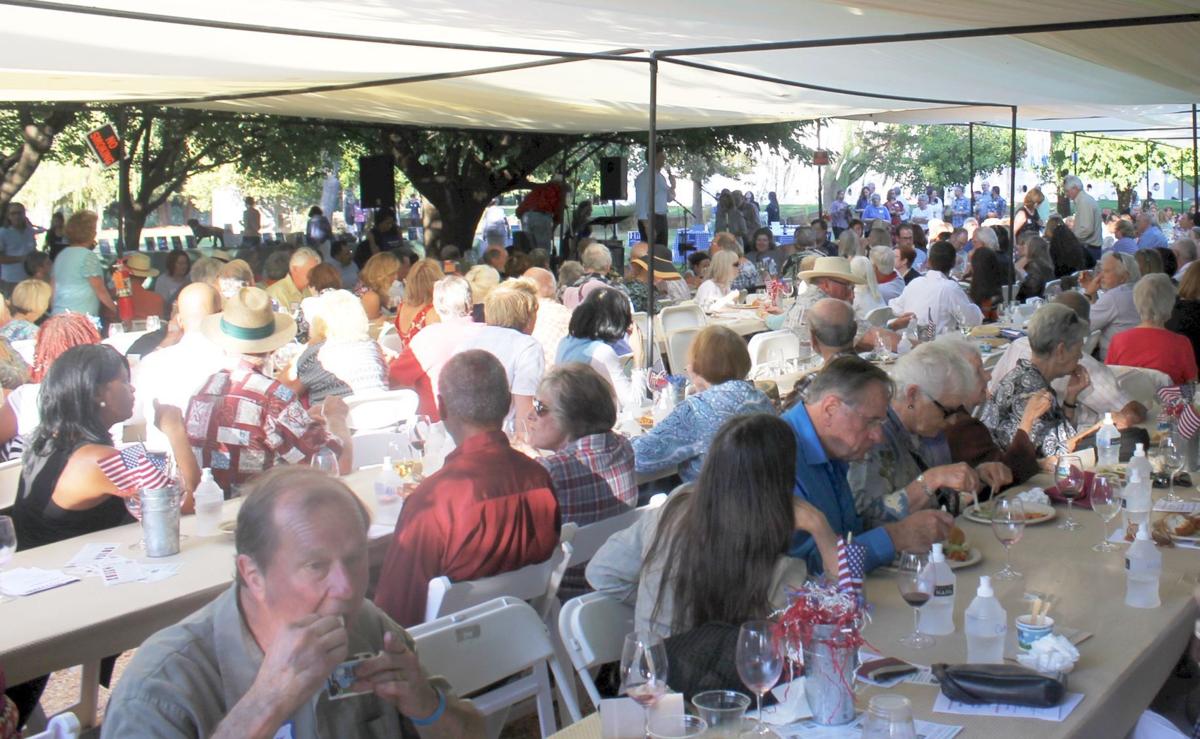 More than 500 supporters of Rep. Mike Thompson came to Zinfandel Lane Sunday to participate in a traditional pasta feed fundraiser.

ST. HELENA — U.S. Rep. Mike Thompson held a fundraiser at The Ranch on Zinfandel Lane on Sunday and more than 800 supporters of every political persuasion came to be served – literally – by the congressman.

Thompson took his turn serving pasta and polenta in the double food line that stretched down either side of the serving tables across the lawns of The Ranch on Zinfandel Lane. Chatting with folks as he spooned dinner onto their paper plates, Thompson, who represents California’s 5th District, is a native of St. Helena and was clearly enjoying the opportunity to meet his constituents face-to-face.

More than one came away with a plate full of food and a smile, commenting on how amazing so many had come out to support the congressman.

Sandy Dickson from Deer Park had brought her granddaughter Addie to the feast. She said she had been out of state at a family gathering but had driven all night down from Portland, Oregon to make it to the fundraiser. “It was a long drive,” Dickson said. “But I had to be here for Mike.” Meanwhile, Addie was coloring with crayons before running off to explore the crowd.

Suzan Rada, who owns St. Helena Travel and who also has been a long-time resident of the valley, looked around the crowd and pointed out many who were known to be Republicans. “They aren’t wearing Hillary buttons,” she said. “But they’re here for Thompson.”

It was, perhaps, these kinds of personal tributes to the congressman that seemed to resonate from the supporters: an acknowledgements of Thompson’s work and efforts to bridge the growing partisan political divide in Washington.

Rada went on to say that, from her perspective, it seemed like all of “old St. Helena” had come out and gathered in support of the Thompson. “There are so many here that you don’t often see together,” she said looking up and down the tables.

House Minority Leader Nancy Pelosi gave an introduction to Thompson, citing his long career in public service. Thompson then spoke for several minutes about the challenges facing the country, and about his work in the House of Representatives.

Thompson, whose congressional district includes Napa, Sonoma, Contra Costa, and Lake County, is known as a moderate in the House. He is a member on the House Ways and Means Committee, the Health Subcommittee and the Select Revenue Committee. He is also chairman of the House Gun Violence Prevention Task Force.

He was first elected to the House in 1998, having previously served California’s 2nd District in the California State Senate. He is currently in a Congressional race against Republican Carlos Santamaria from Napa.

Rep. Mike Thompson will take his annual pasta dinner online this year because of the coronavirus situation.

Rep. Mike Thompson, right, served pasta and polenta to his congressional constituency Sunday at a fundraiser on Zinfandel Lane.

More than 500 supporters of Rep. Mike Thompson came to Zinfandel Lane Sunday to participate in a traditional pasta feed fundraiser.