College students Cecelia Shepard and Bryan Hartnell were attacked by a masked man at Lake Berryessa in 1969. Shepard died of her stab wounds two days later.

Initially the killer was referred to only as a "psychopathic killer", but the attack was later linked to the Zodiac Killer in October.

This gallery features front pages of the Napa Register and St. Helena Star that featured stories about the Zodiac Killer in 1969. 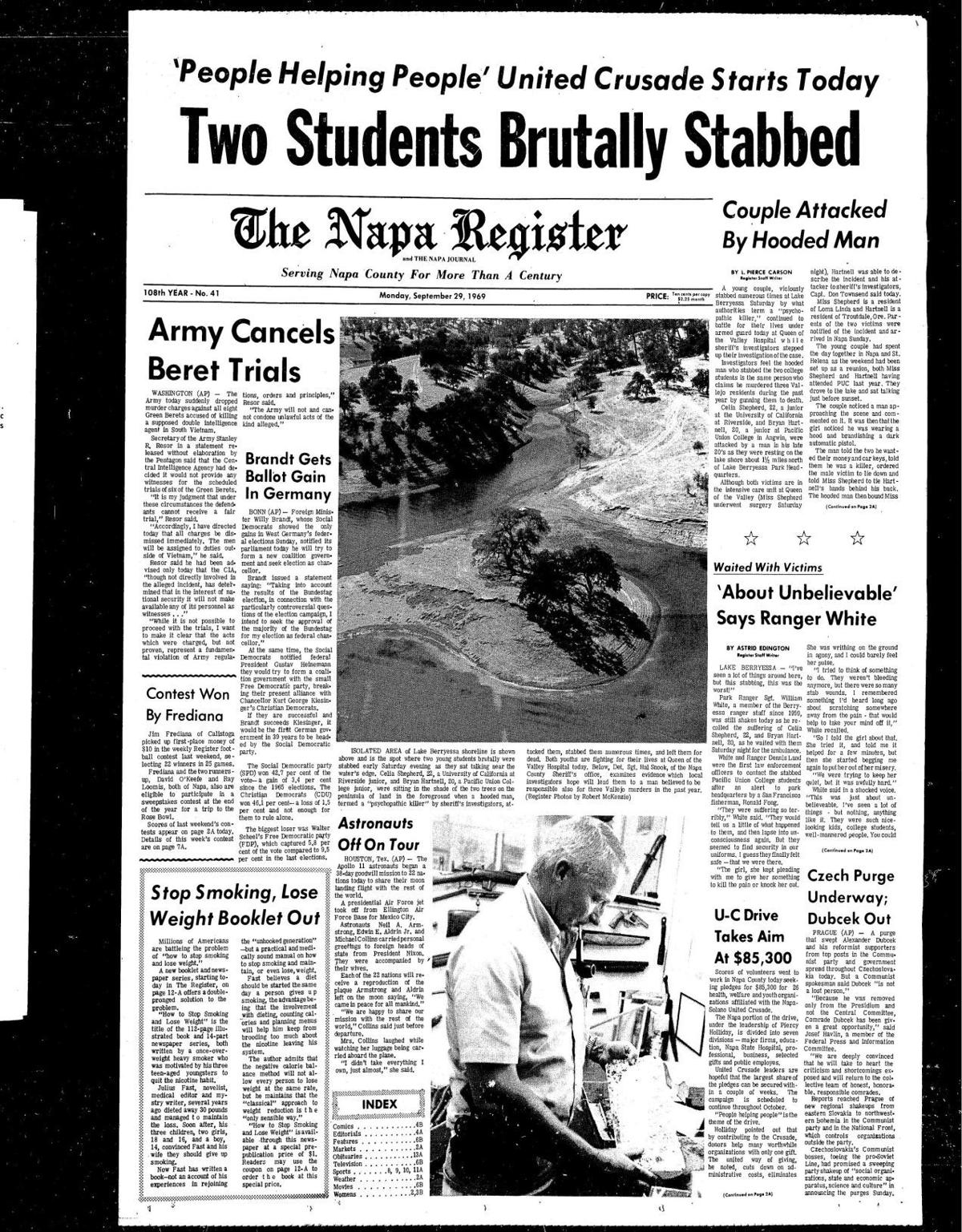 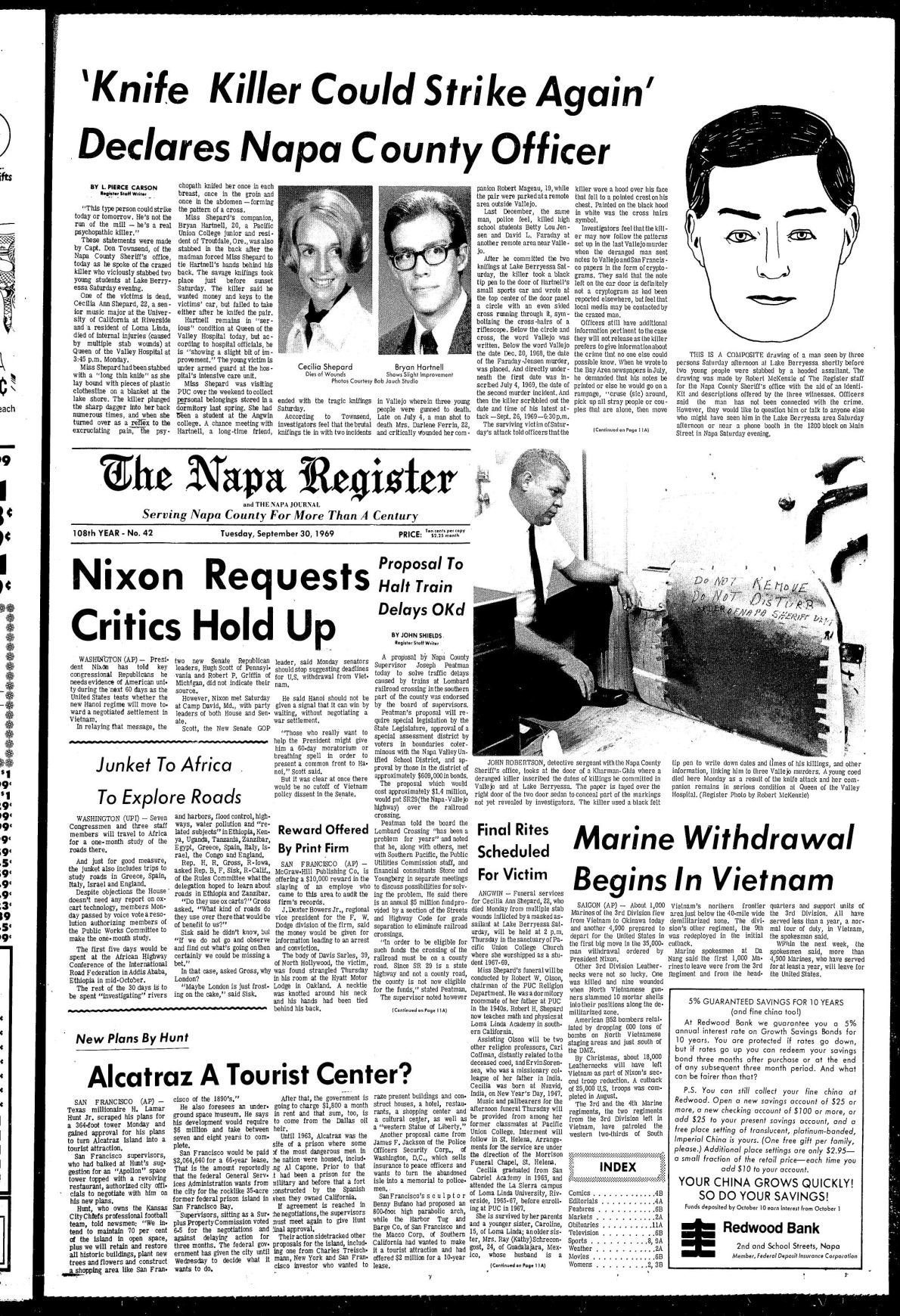 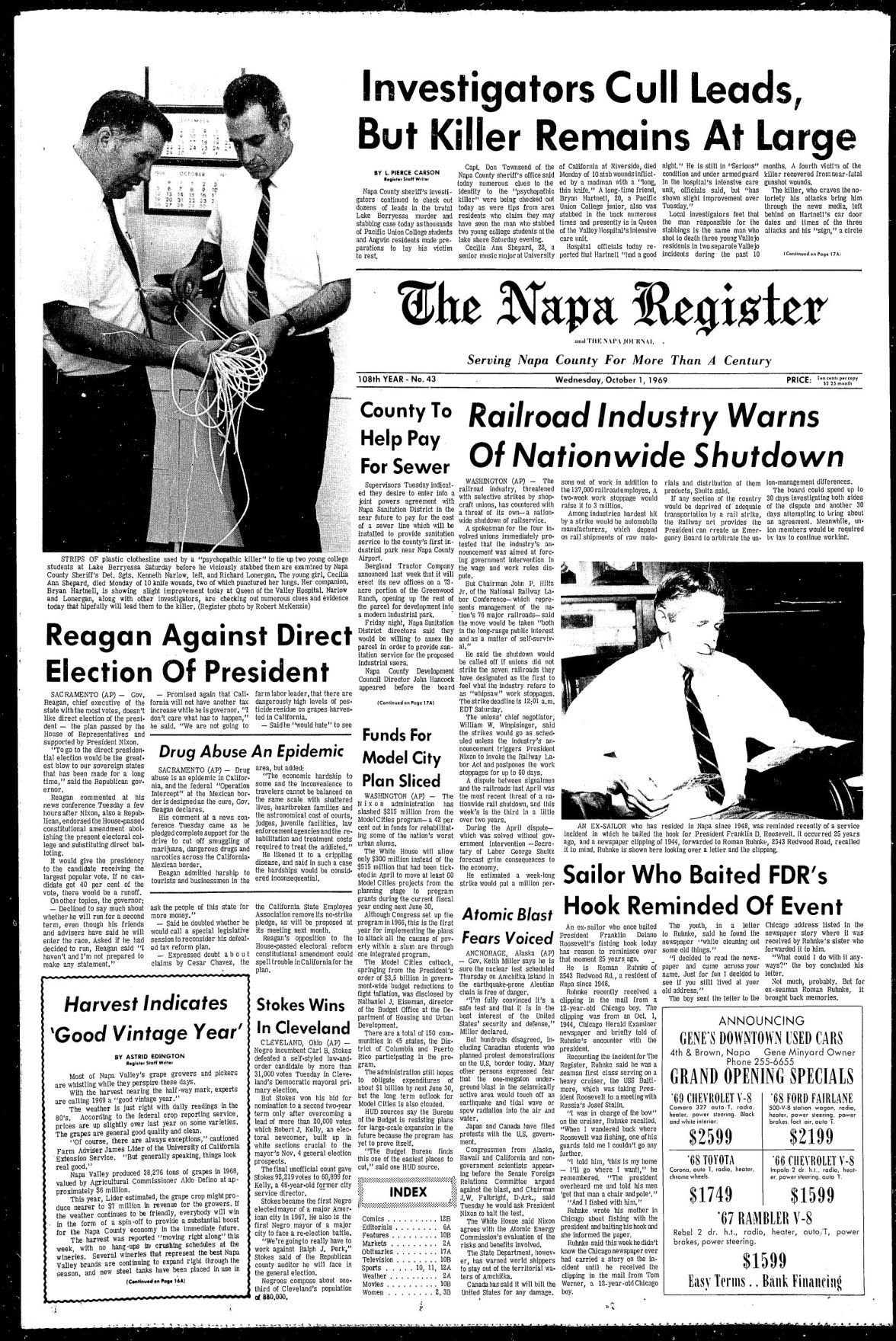 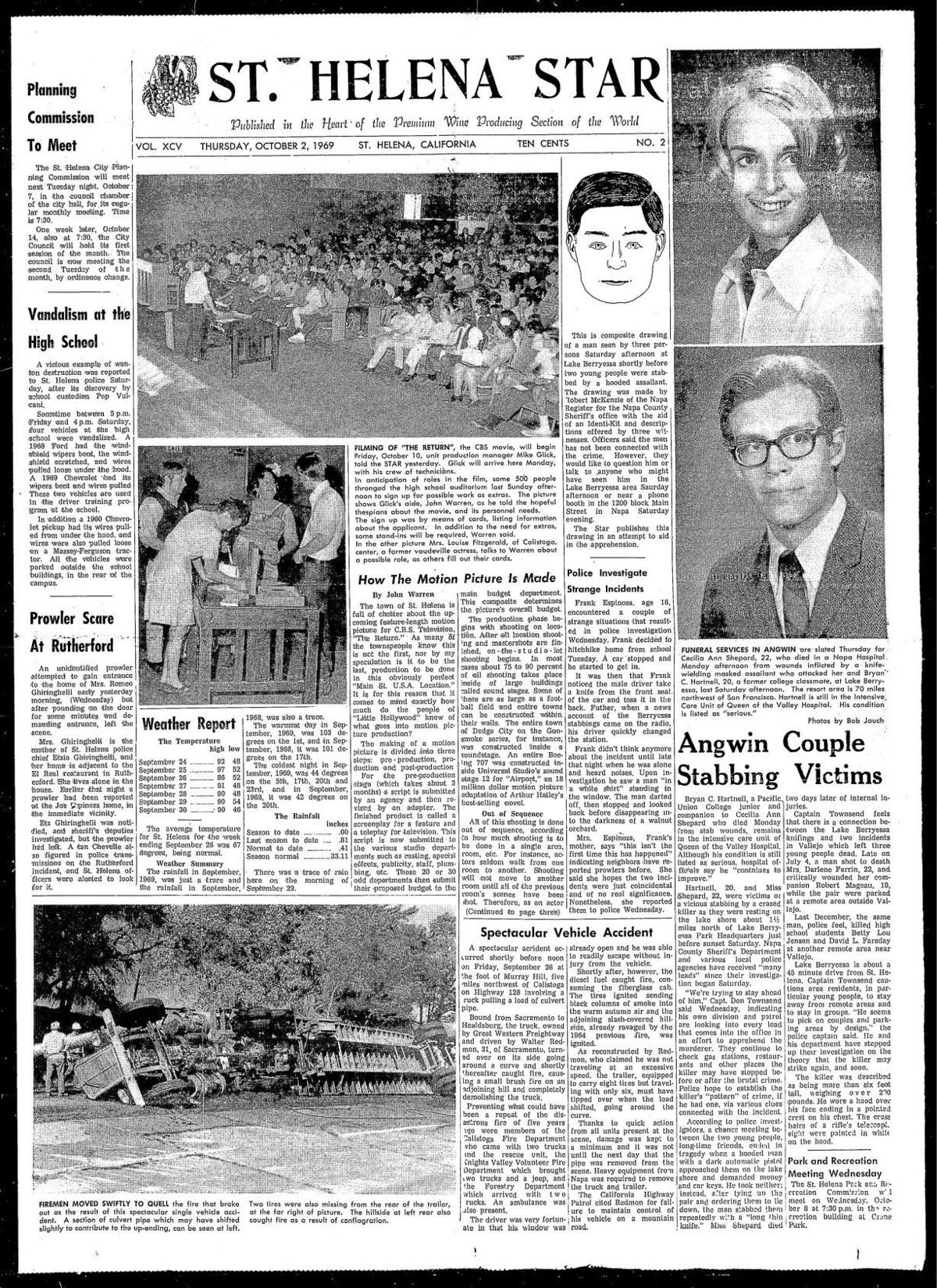 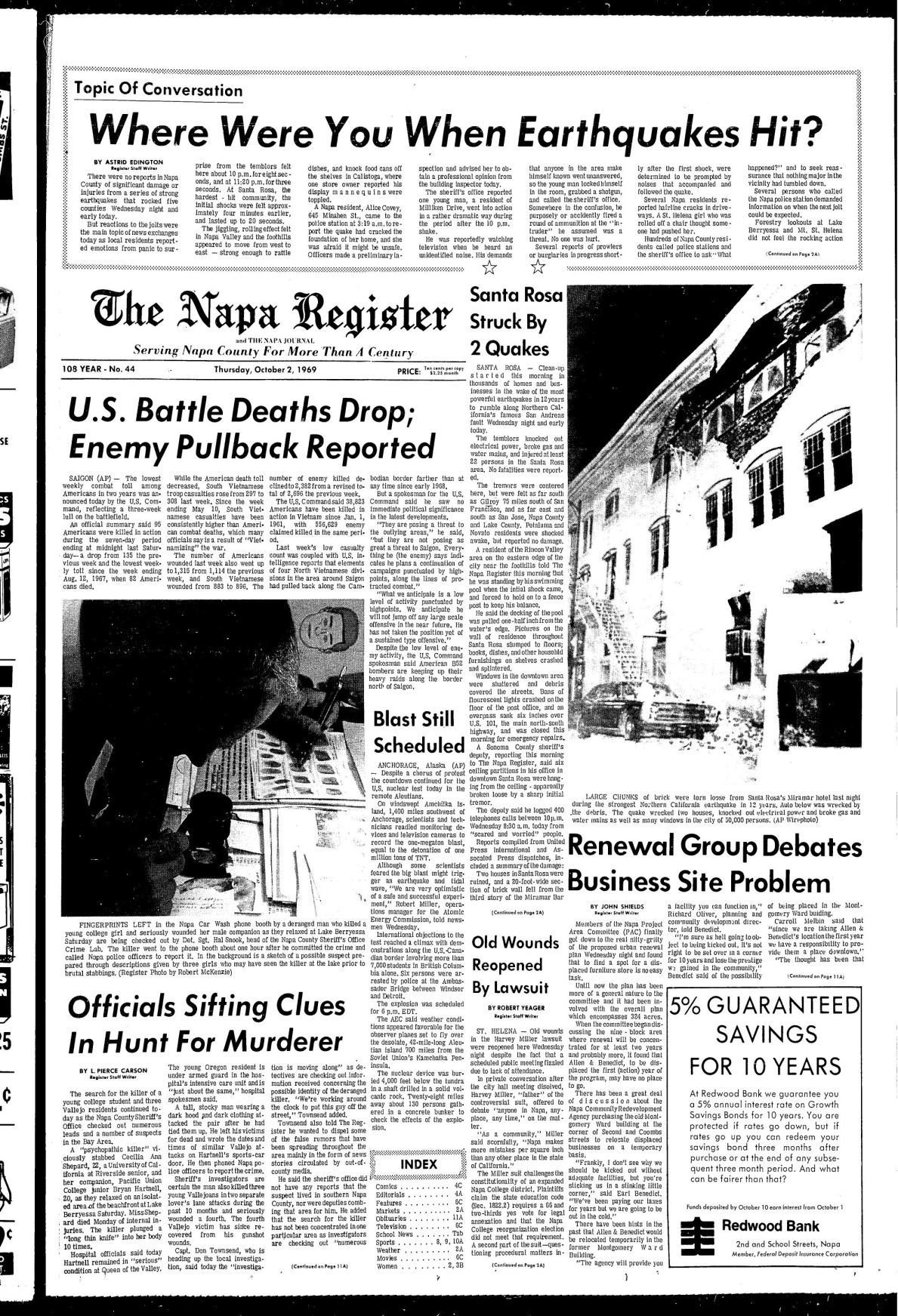 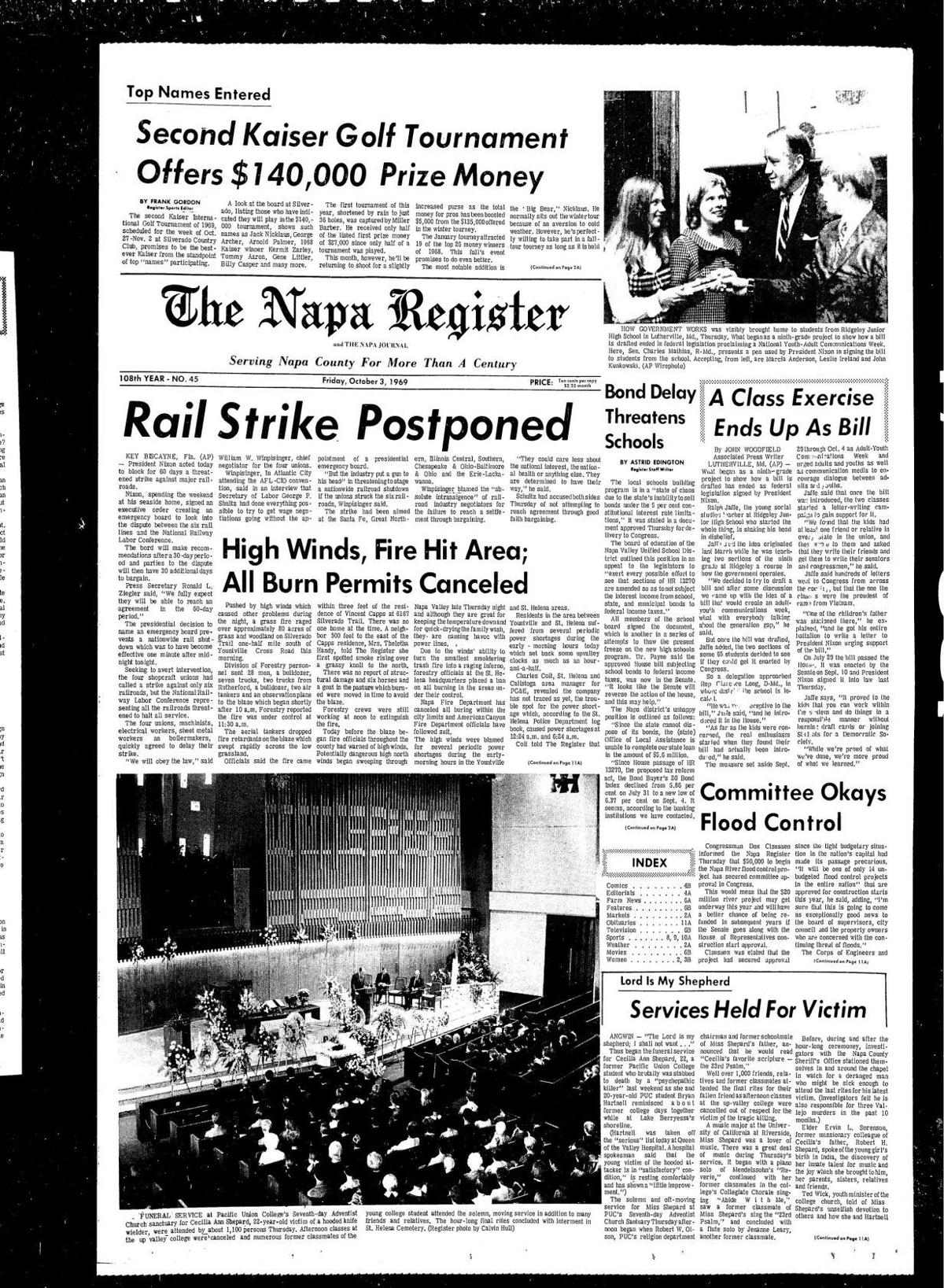 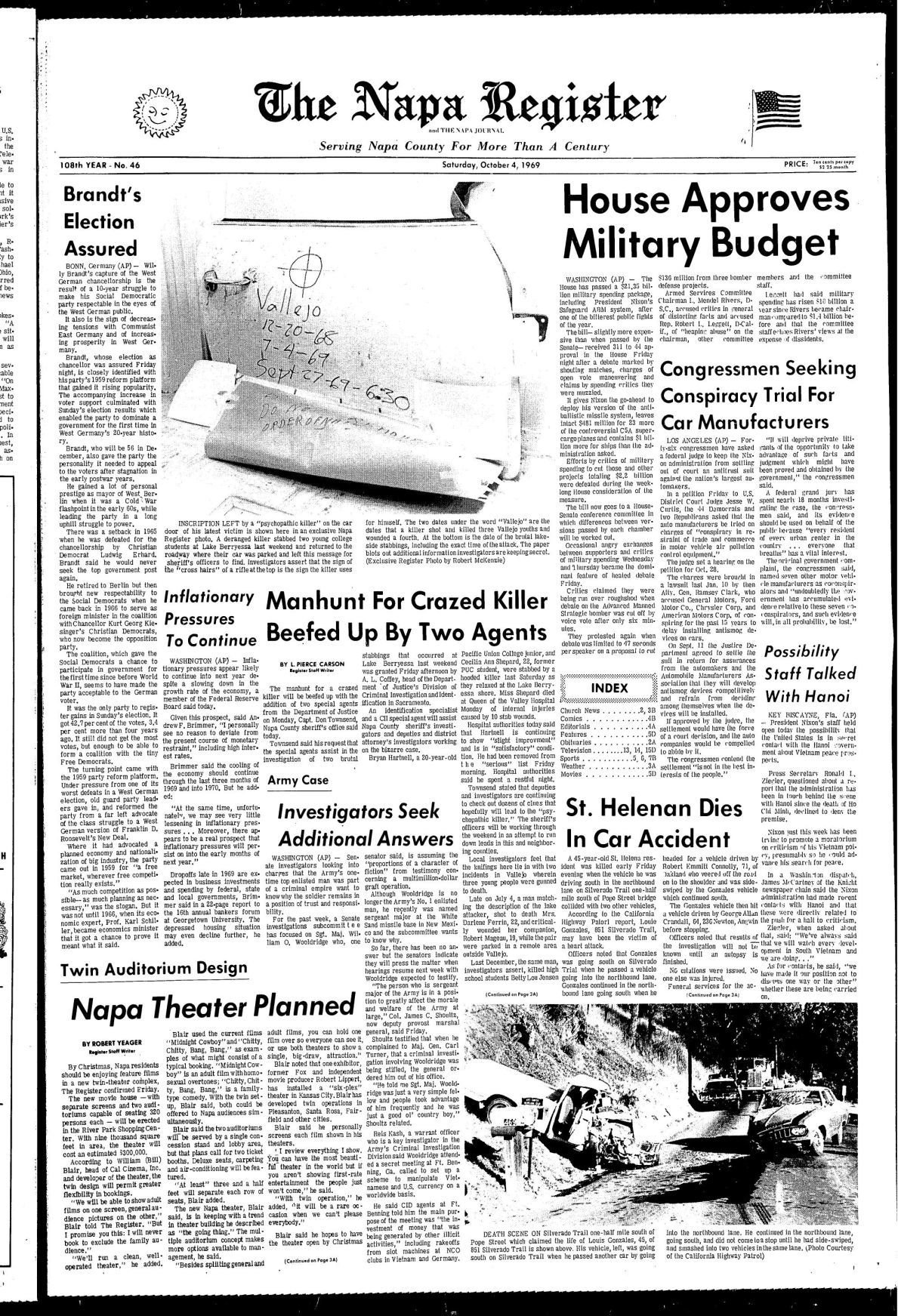 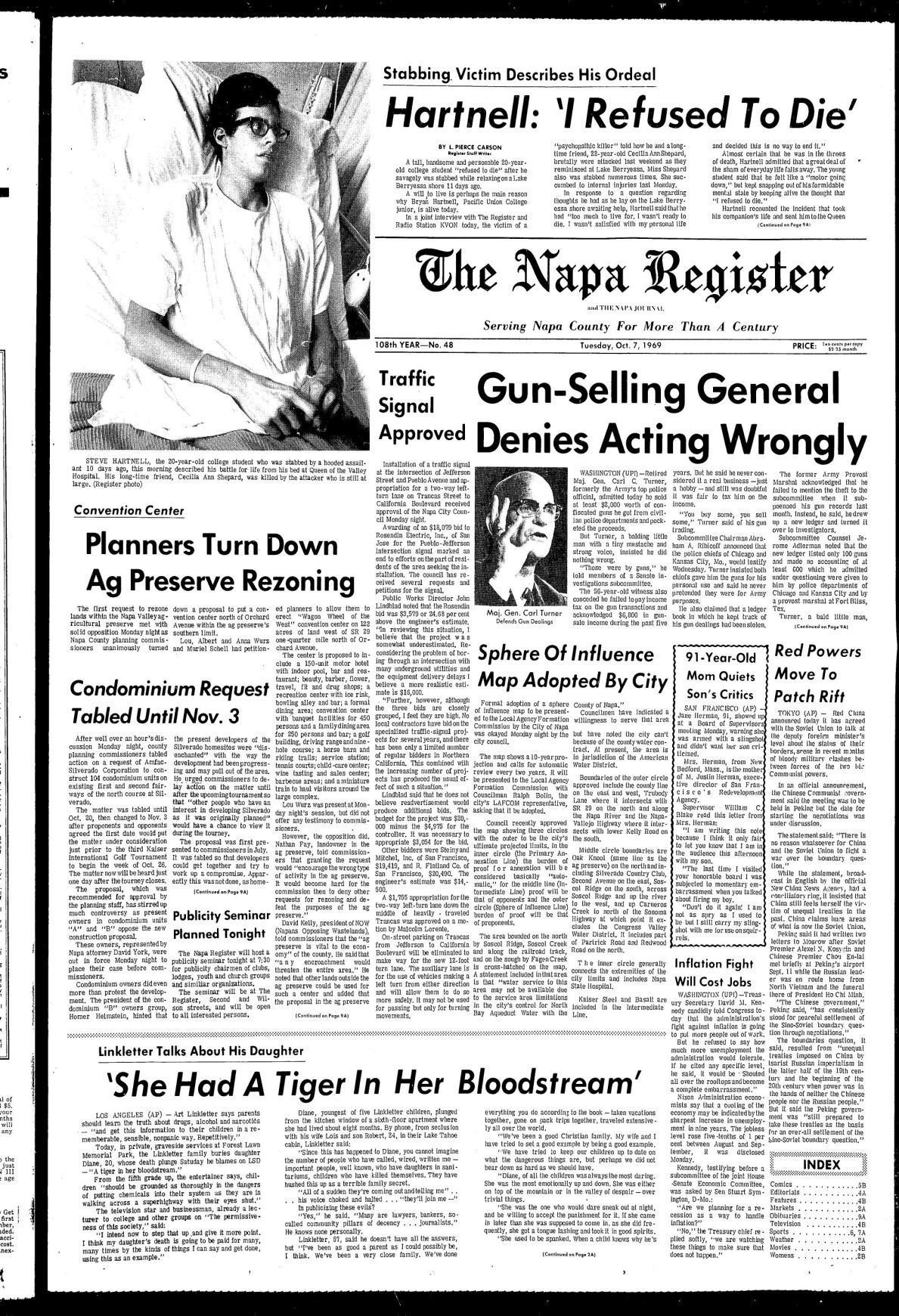 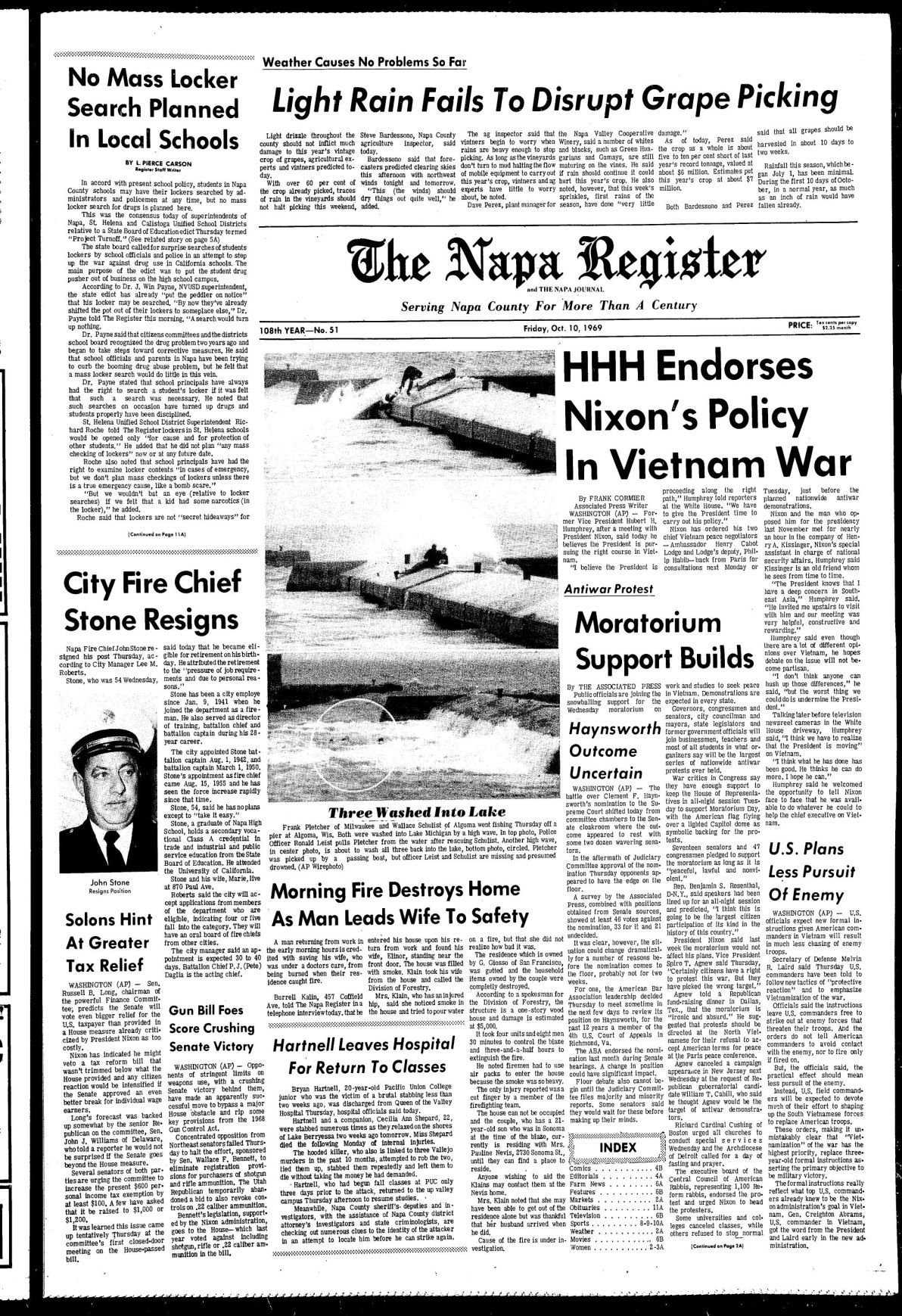 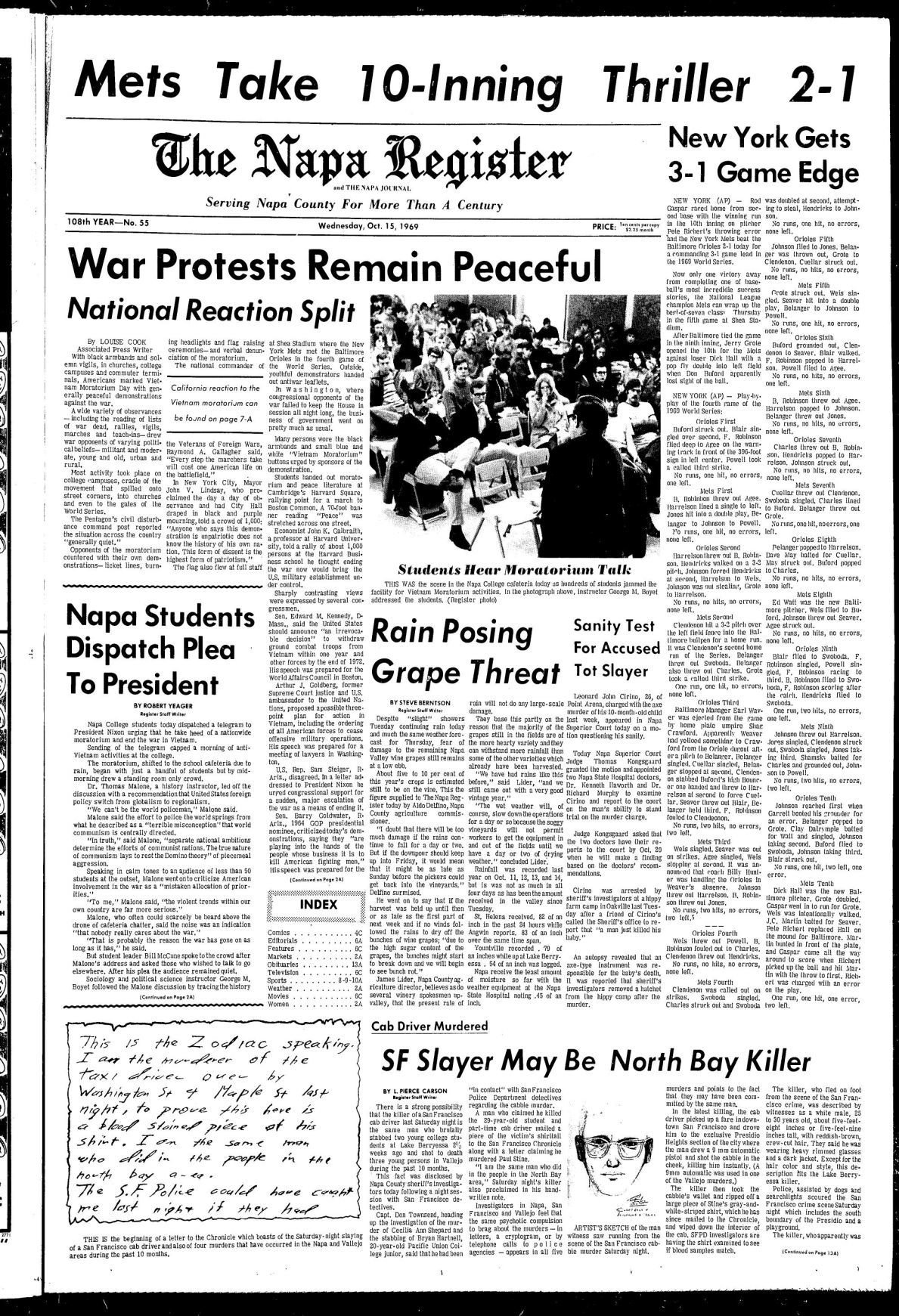 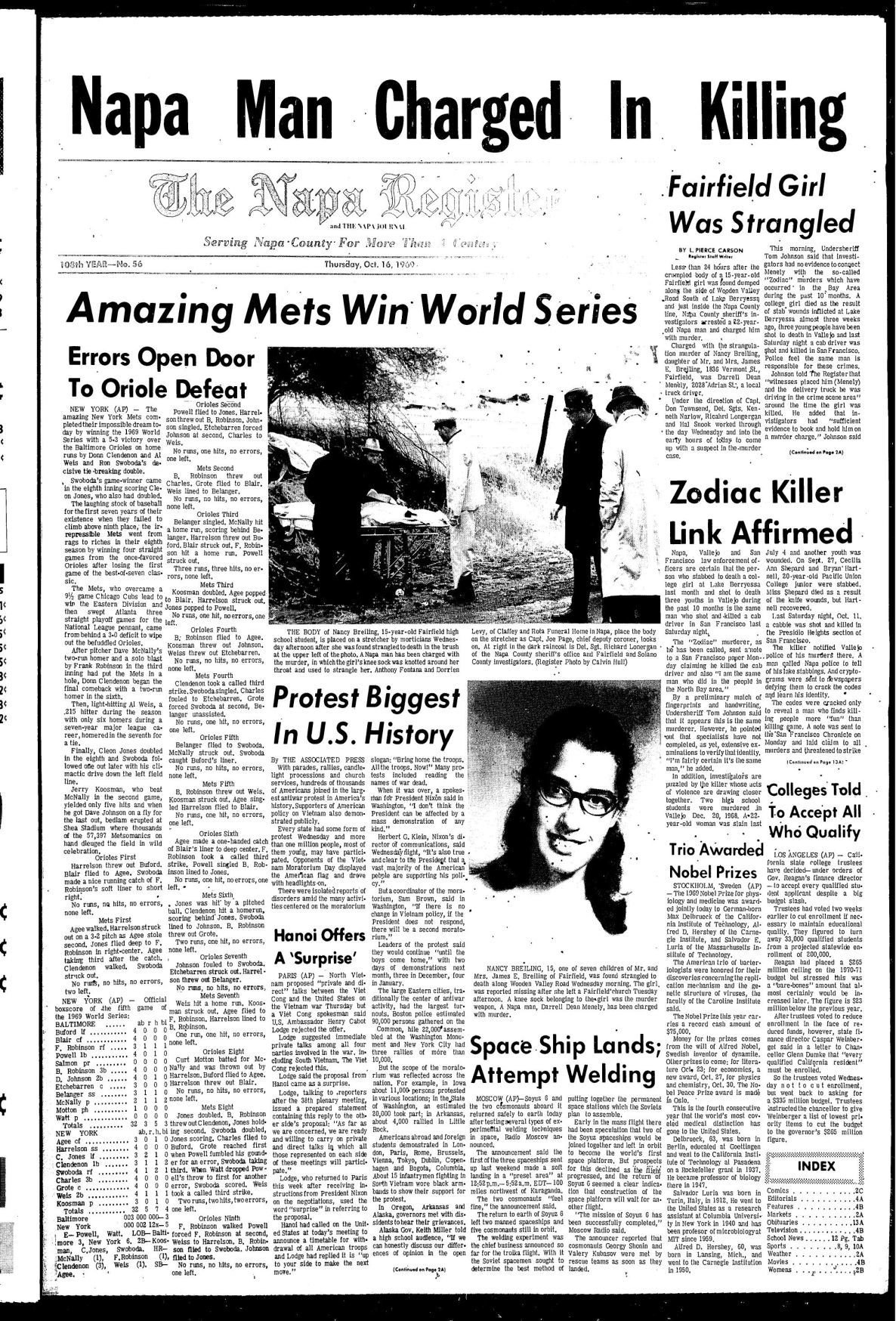 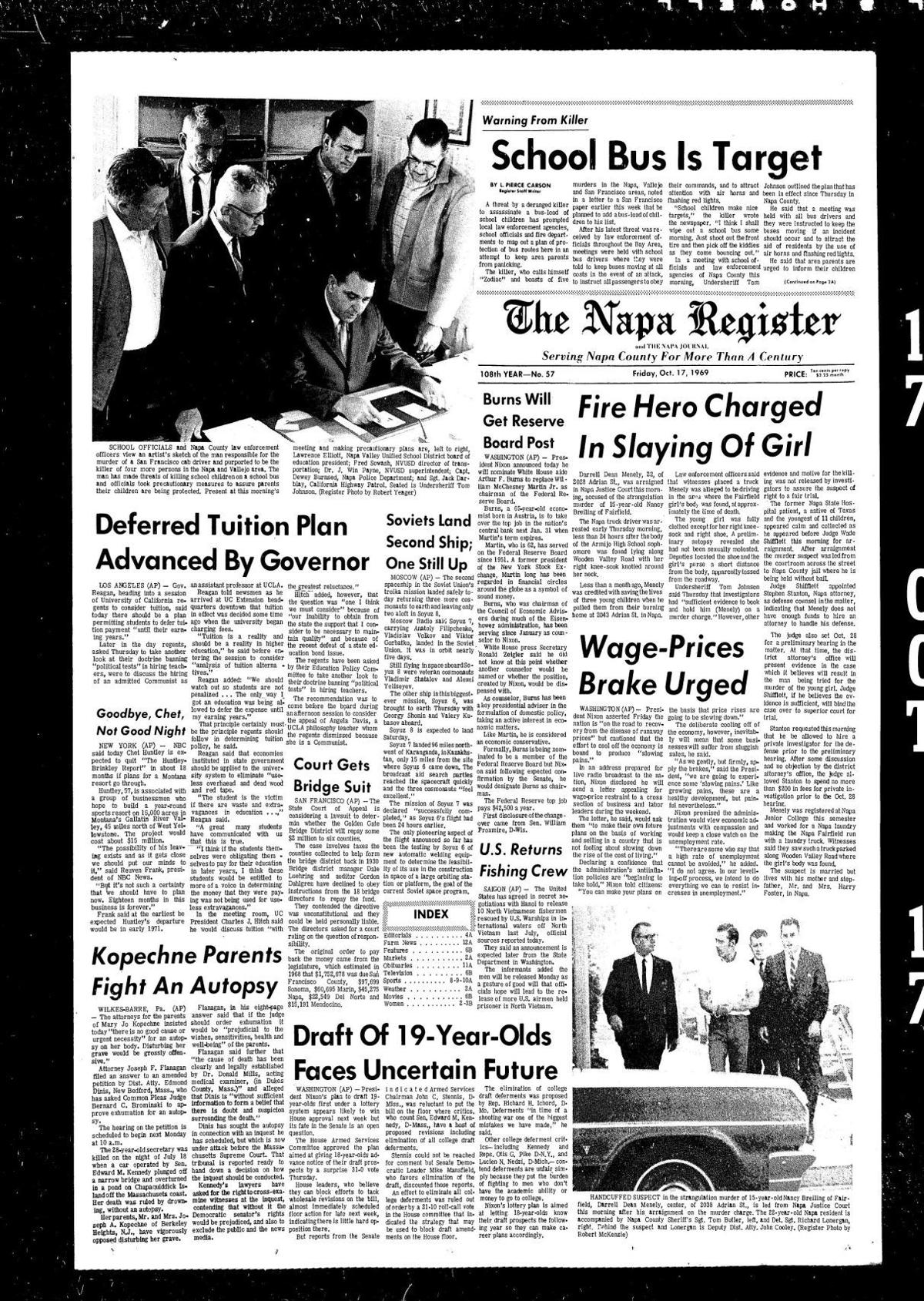 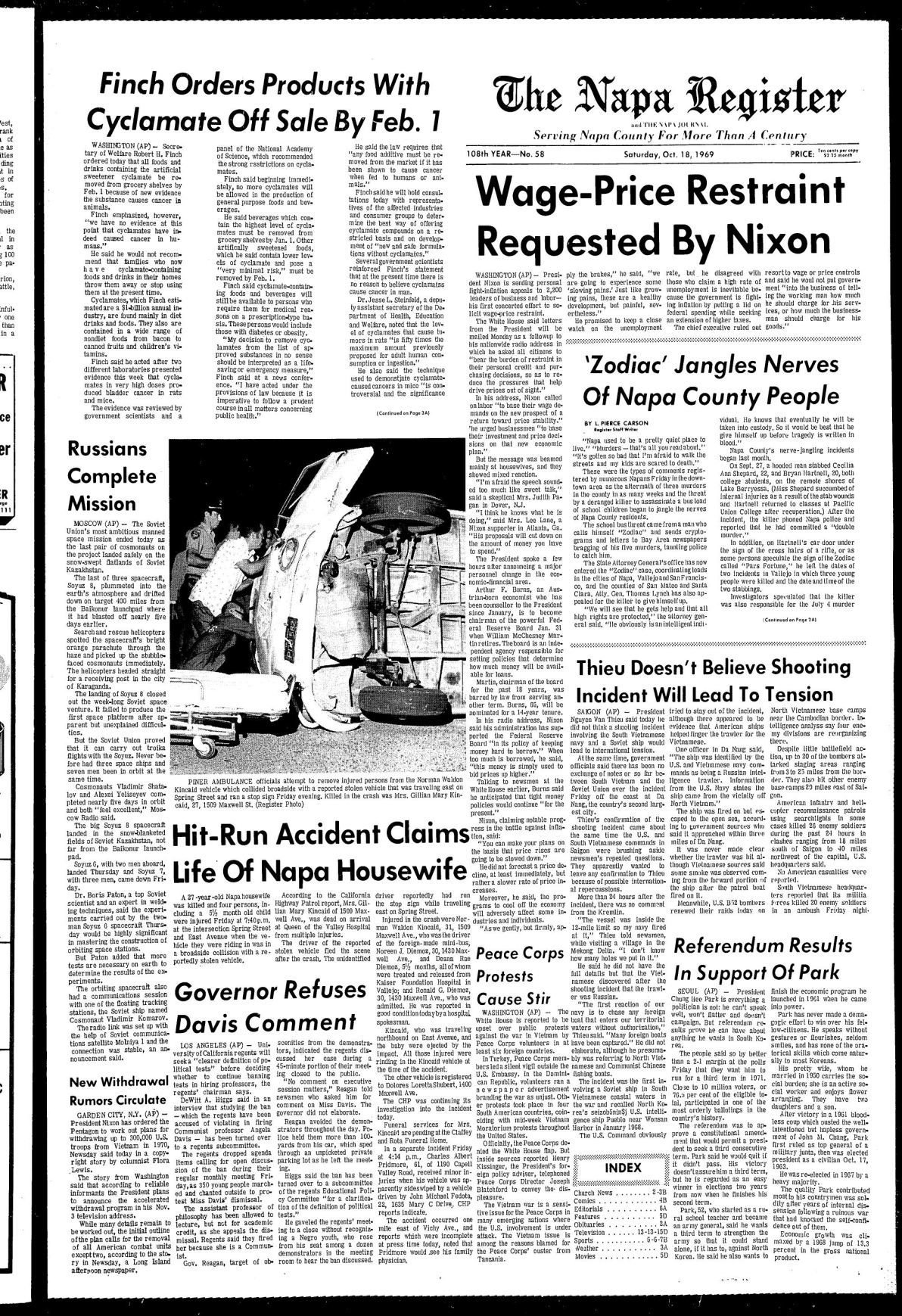 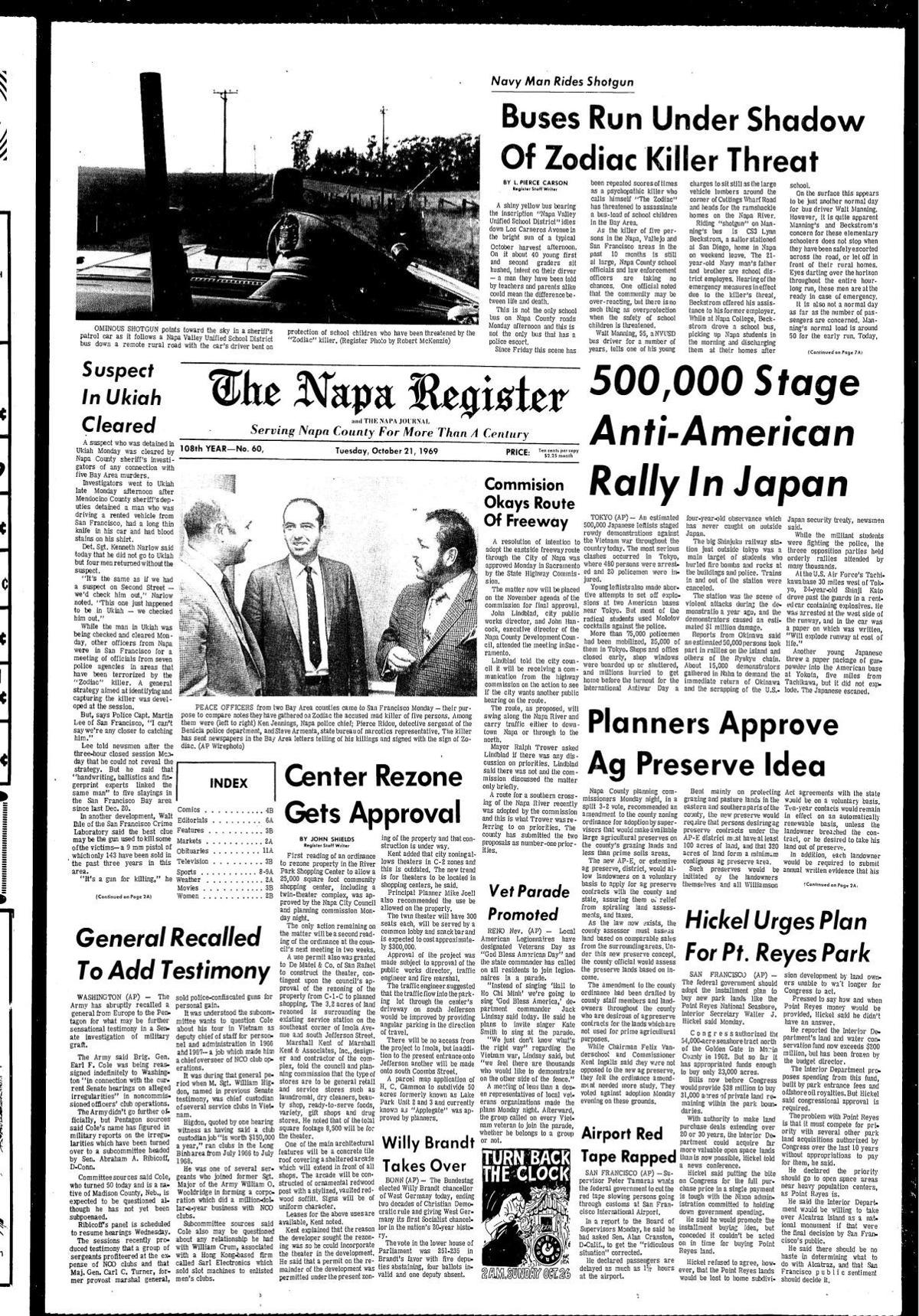 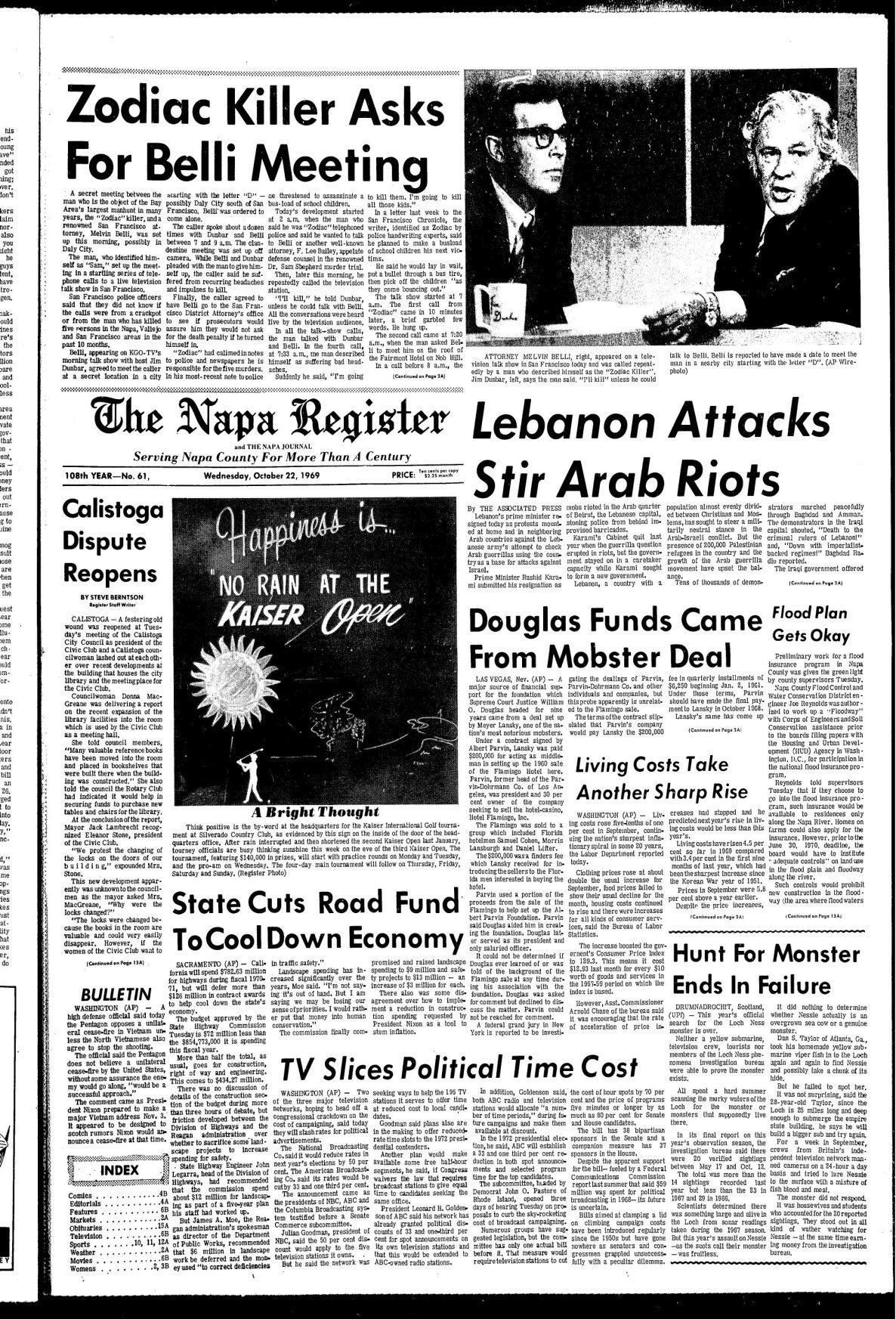 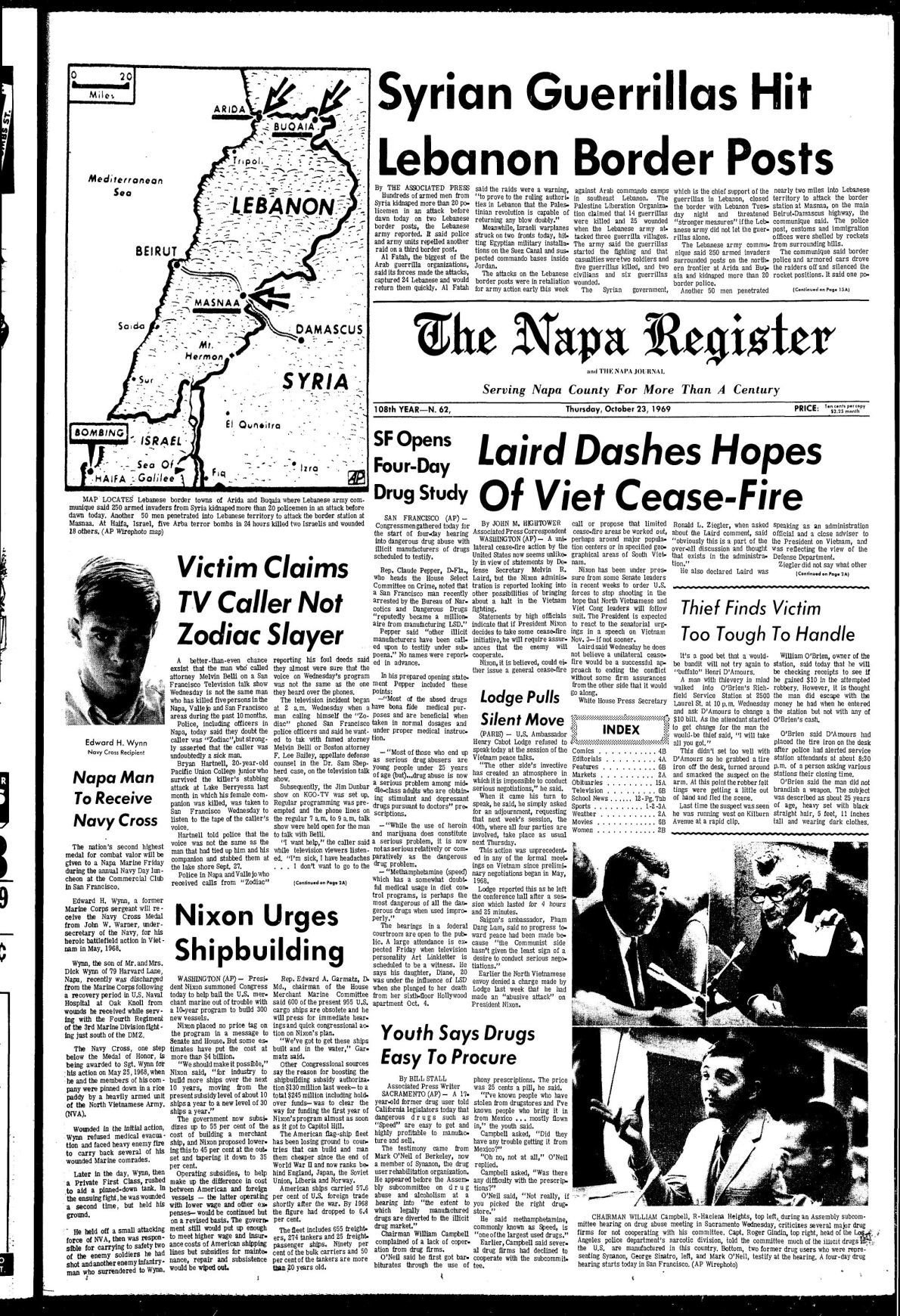 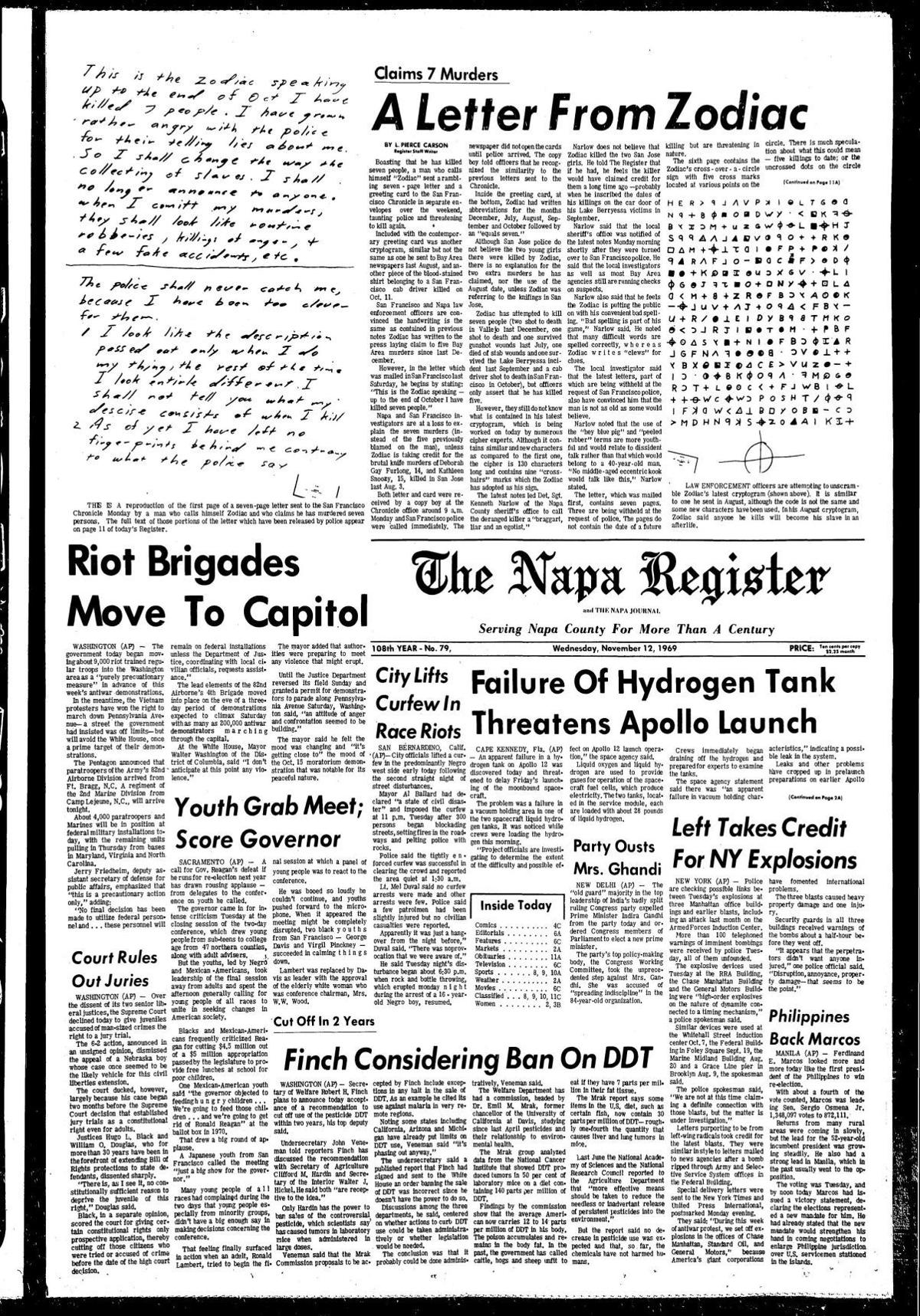 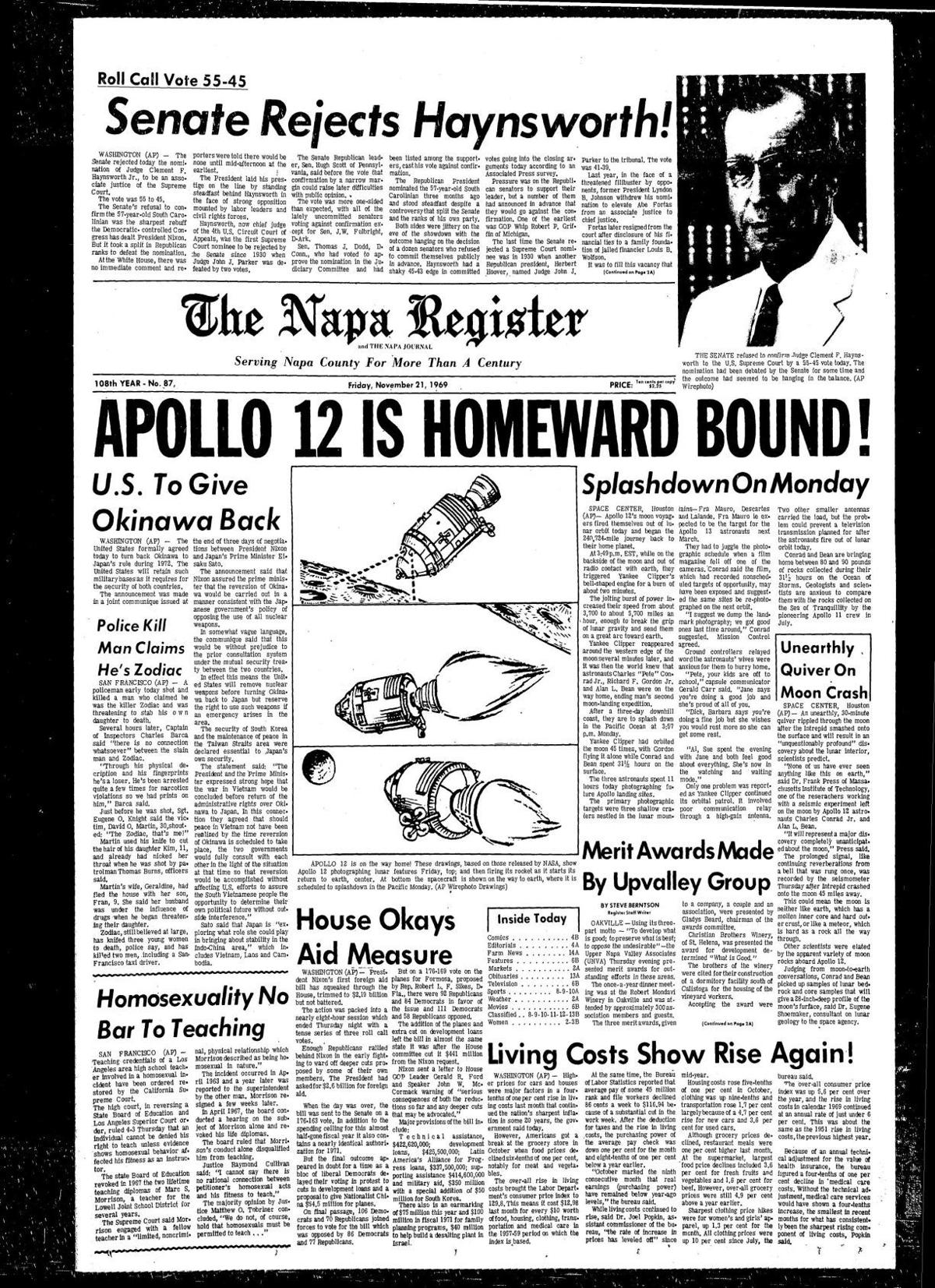 DNA sleuthing helped crack a decades-old cold case, leading to the arrest of a man suspected of being the East Area Rapist, also known as the …