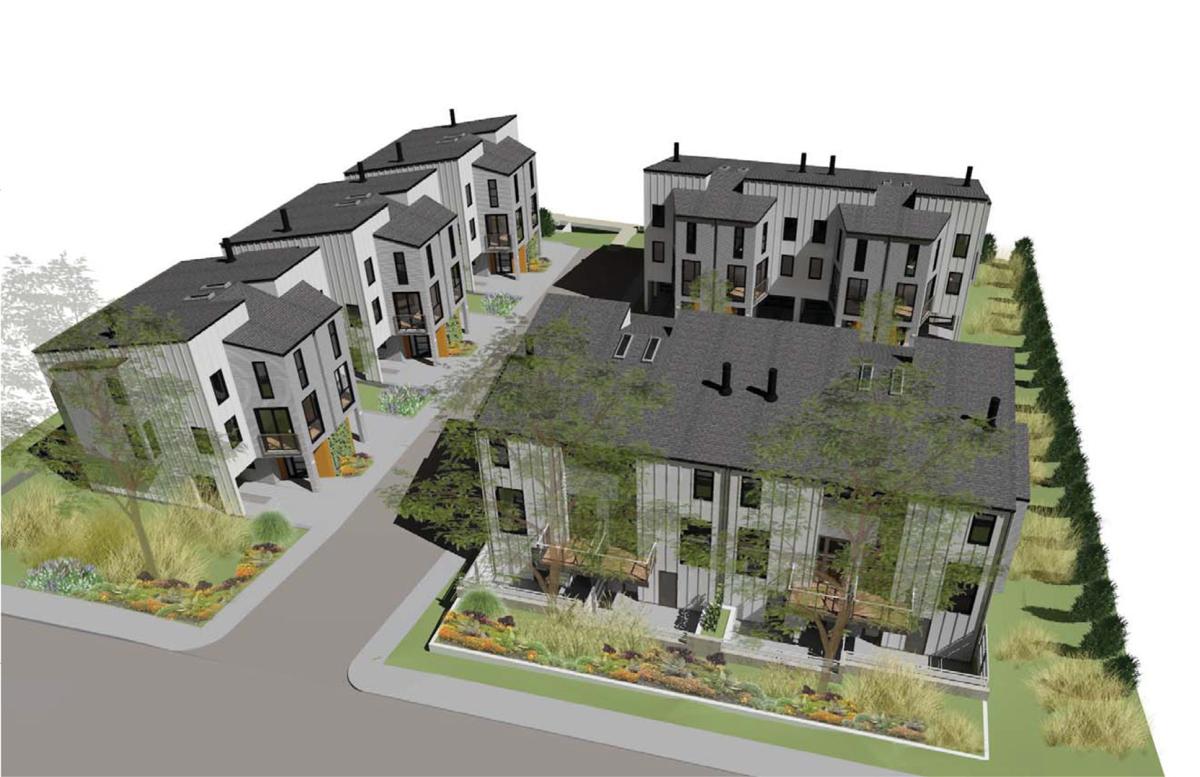 A cluster of 14 townhouses on Foster Road, on the current site of radio stations KVON-AM and KVYN-FM, has gained permits from the Napa city Planning Commission. The existing radio studio will be removed to make room for the homes, and the stations will move to a new studio off Gasser Drive. 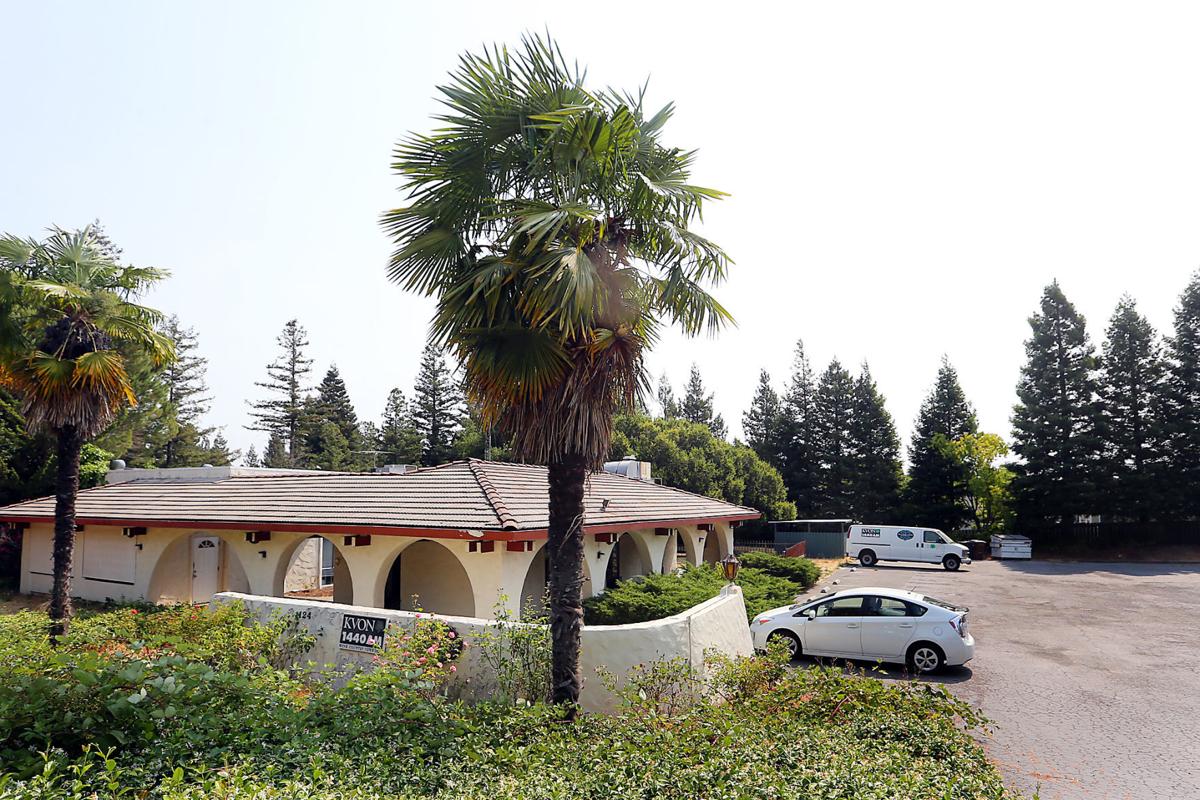 A developer has won the Napa city Planning Commission's support to build 14 townhomes at the current location of KVON/KVYN on Foster Road. The radio station will shift its studio to the South Napa Century Center.

A Napa radio studio’s sign-off this spring will segue into the arrival of construction equipment, after the city’s approval of 14 townhouses to replace the longtime home of KVON-AM and KVYN-FM at 1124 Foster Road.

The Planning Commission’s approval of permits for the housing development sets in motion a second life for the property, where the studio of Napa’s radio stations has stood since the 1960s. To make room for the project, parent company Wine Down Media will shift KVON and KVYN to a new studio in the South Napa Century Center as early as March.

The three-story dwellings – each with two bedrooms, two bathrooms and about 1,300 square feet of living space – will be contained within three duplexes and two four-plexes. Entry would be from Foster Road, with two driveways forming a T on the premises and garages on the ground floor, along with four parking spaces for guests.

The revamping of the Foster Road property was set in motion in 2017 after Roger Walther, an investor and bank founder, sold the stations to Wilfred and Julissa Marcencia, who now operate them under their Wine Down Media firm. In June 2018, Walther filed his application with the city to tear down the studio to make room for housing.

Planners endorsed the housing development despite reservations from some homeowners who warned of added growth and traffic hazards on Foster Road, which runs past existing townhome developments to the east and Snow Elementary School to the south. But such criticism failed to dissuade commissioners, who emphasized the need to cut into a chronic housing shortage in a way that avoids expanding Napa’s borders and allowing development to sprawl into surrounding farmland.

“It seems housing is our No. 1 priority until it comes into your neighborhood; we see it time and again,” said Paul Kelley, who voted in support along with three other commissioners (Beth Painter was absent). “It seems people are all for housing as long as it’s somewhere else. Well, we’ve run out of ‘somewhere elses.’”

Another resident, Daniel Kinder, questioned the seismic stability of the radio station property, pointing to construction at the nearby Snow school to move building away from the West Napa Fault that triggered the 2014 earthquake. However, senior planner Michael Allen said the project requires no special conditions because the property does not fall within a fault zone on Napa’s state-required fault maps, which were updated in 2018 and guide where development must be regulated.

Townhome construction should last about 18 months into 2020, Walther’s Tusker Corp. said in July.

Talk, music and sports will continue issuing forth from Napa’s twin radio stations – but, starting this spring, from a new hub.

The current location of Napa’s KVYN and KVON radio stations could be redeveloped into 14 townhomes, according to an application filed with the city.

A wider range of shops and tenants will be allowed into the growing commercial complex surrounding south Napa’s movie theater off Gasser Drive.

Relocation of Napa school from earthquake fault near completion

Over the past year, the entire campus of the Snow school in south Napa has been completely reconstructed from top to bottom. When the work is …

Inside the new headquarters of Napa’s twin radio stations, the surroundings suggest an up-and-coming Silicon Valley tech firm as much as morni…

More than five dozen new housing units are on the cusp of winning Napa’s thumbs-up.

One of Napa’s future housing developments will join a growing cluster of apartments along First Street west of the freeway. Another will occup…

The former home to radio station KVYN/KVON is soon to be transformed into 14 townhomes.

A cluster of 14 townhouses on Foster Road, on the current site of radio stations KVON-AM and KVYN-FM, has gained permits from the Napa city Planning Commission. The existing radio studio will be removed to make room for the homes, and the stations will move to a new studio off Gasser Drive.

A developer has won the Napa city Planning Commission's support to build 14 townhomes at the current location of KVON/KVYN on Foster Road. The radio station will shift its studio to the South Napa Century Center.