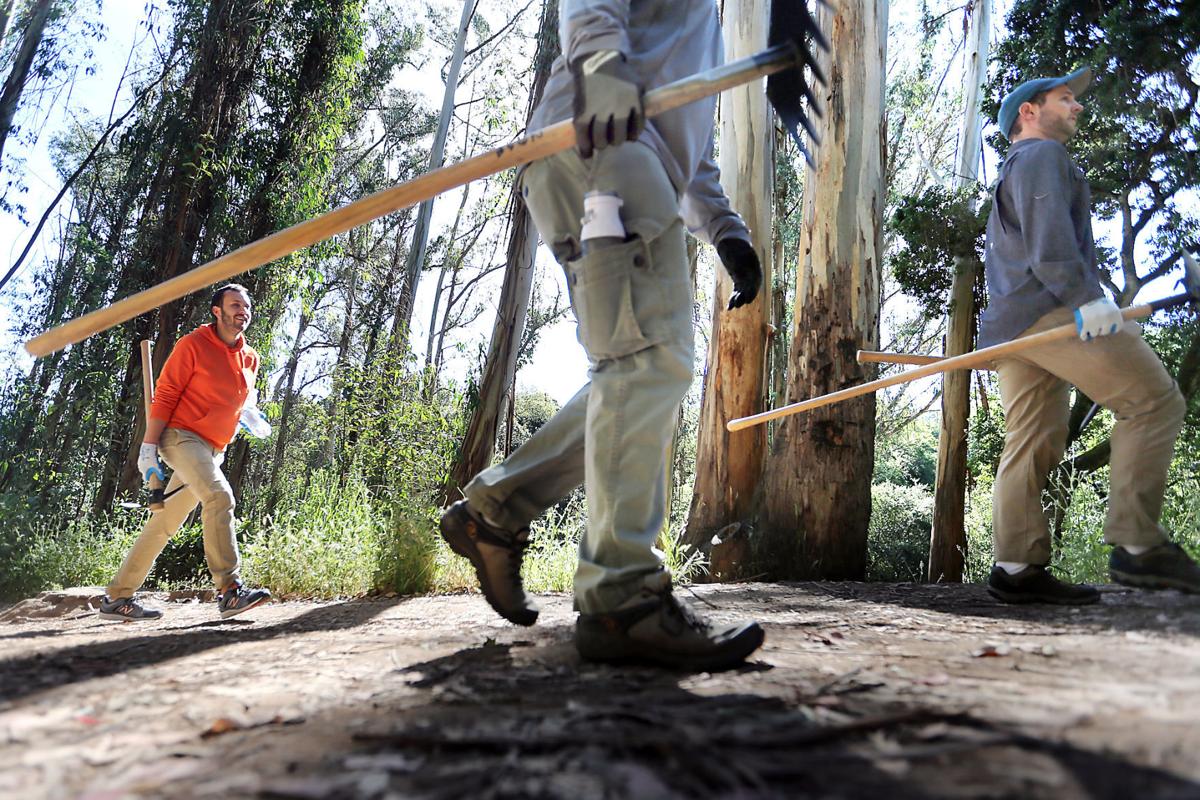 Treasury Wine Estates employees walk up a trail at Westwood Hills Park on Wednesday morning as they head off to begin trail clean up work as part of the company’s “Global Volunteering Week.” About 20 employees took part at Westwood Hills. 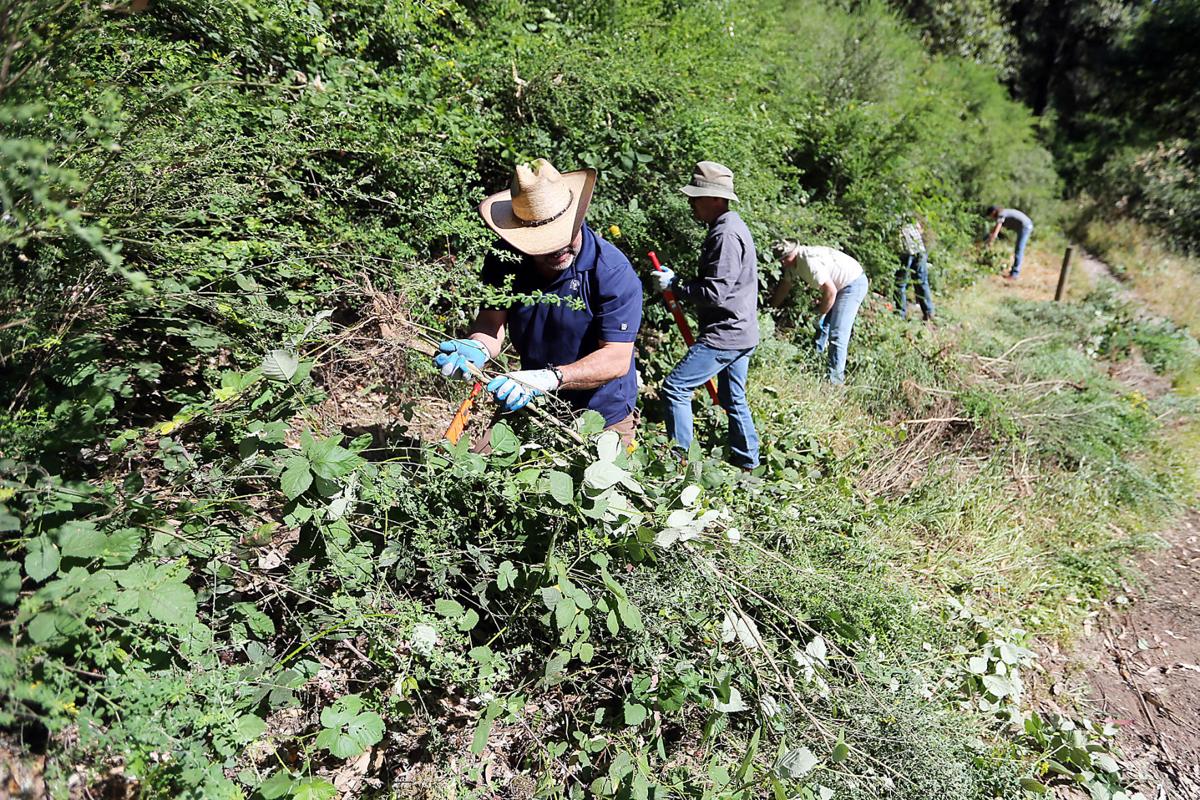 A group of about 20 employees of Treasury Wine Estates were doing trail clean up at Westwood Hills Park on Wednesday as part of the company’s “Global Volunteering Week.”

The wine industry took to the trails Wednesday morning at Westwood Hills Park, as winery and office employees-turned-volunteers set about sprucing up one of the city’s two major hiking parks.

The 20 employees of global wine company Treasury Wine Estates, owner of Napa stalwarts like Beaulieu Vineyard and Beringer Vineyards, convened on the park as part of the company’s week of volunteering held among its portfolio of wineries the world over.

Now in its third year, the effort began because the company “just wanted to make an impact on giving back to the communities, but globally,” said Debra Dommen, vice president of government affairs.

Led by Chino Yip, outreach coordinator with the Napa County Regional Park and Open Space District, volunteers prepped shortly after 9 a.m. for several hours of clearing trails with weed wrenches and other tools, tackling invasive French broom that has plagued the park.

“Being that this is one of the most heavily used trails in all of Napa, we’re going to cut back a lot of the brush and we’re also going to dig in some of the drain dip,” Yip said.

With the winter’s rains, trails throughout the valley “got kind of rutted out and destroyed,” Yip said. “We’re going to try to make it easier for the water to run off the trail.”

Prior to Wednesday’s trail clean-up, other Treasury Wine Estates employees had picked up trash along the Napa River on Monday and Tuesday and helped with acorn maintenance at Alston Park as part of the Napa Resource Conservation District’s 5,000 Oak Tree Initiative.

During past volunteer weeks, Treasury employees have worked with county groups as well as local nonprofits like Napa Valley CanDo.

CanDo volunteer Betty Labastida was involved with Treasury’s cleanup efforts along the Napa River this week and estimated 20 employees turned out on Monday, while 40 volunteered Tuesday.

“It’s amazing what they did,” she said. “That’s all I can say is a lot of effort was there.”

Treasury has provided Napa Valley CanDo with volunteers each year for the group’s various projects, Labastida said. “When we can collaborate with other groups then I think our mission is accomplished,” she said.

Eric Gilliland, general manager of production at Beringer Vineyards, was leading a team of employees at Westwood Hills Park on Wednesday. Before starting up the trail, Gilliland reflected. “It’s important to not only give back to the community, but to get everybody involved and get them to own a piece of the community.”

Gilliland said the week of volunteering “gets (employees) out to meet some of the folks that work in the community with the park and rec department, as well as just getting them to know their surroundings. It’s important to us.”

Year-over-year employee participation has gone up, Dommen said. And before the week is out volunteers will have also helped sort food at the Napa Food Bank and aided with the Crayon Initiative, which repurposes unwanted crayons for children’s hospitals. On Friday, a group of 30 employees will do maintenance at Enchanted Hills Camp for the blind and visually impaired on Mount Veeder.

With bottling in full swing at many of the company’s wineries, however, not all Treasury employees have been able to participate. One effort planned for this week at Connolly Ranch had to be rescheduled for next week, Dommen said, as employees from Stag’s Leap Winery were preoccupied by the bottling at the winery.

The company is “trying to work with it,” Dommen said, “because you still have to run a business, but want to get out there and participate and give back.”

Some 70 jobs at Napa’s Treasury Wine Estates will be moving to new offices in Oakland as soon as this August.

Treasury Wine Estates employees walk up a trail at Westwood Hills Park on Wednesday morning as they head off to begin trail clean up work as part of the company’s “Global Volunteering Week.” About 20 employees took part at Westwood Hills.

A group of about 20 employees of Treasury Wine Estates were doing trail clean up at Westwood Hills Park on Wednesday as part of the company’s “Global Volunteering Week.”