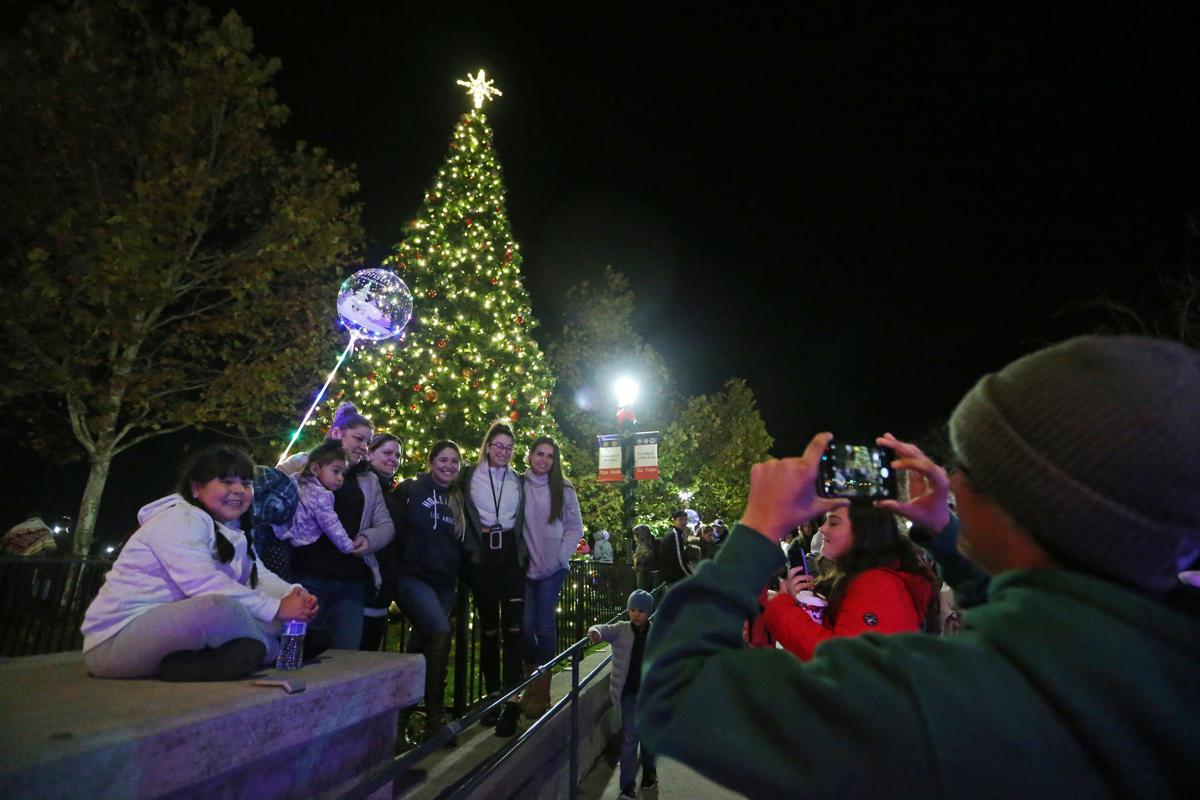 Families posed for snapshots in front of downtown Napa's 29-foot-tall Christmas tree minutes after its illumination at the end of the city's November 2019 ceremony at Veterans Memorial Park. After a cancellation last year due to COVID-19, the celebration will return to Napa starting at 6 p.m. Wednesday. 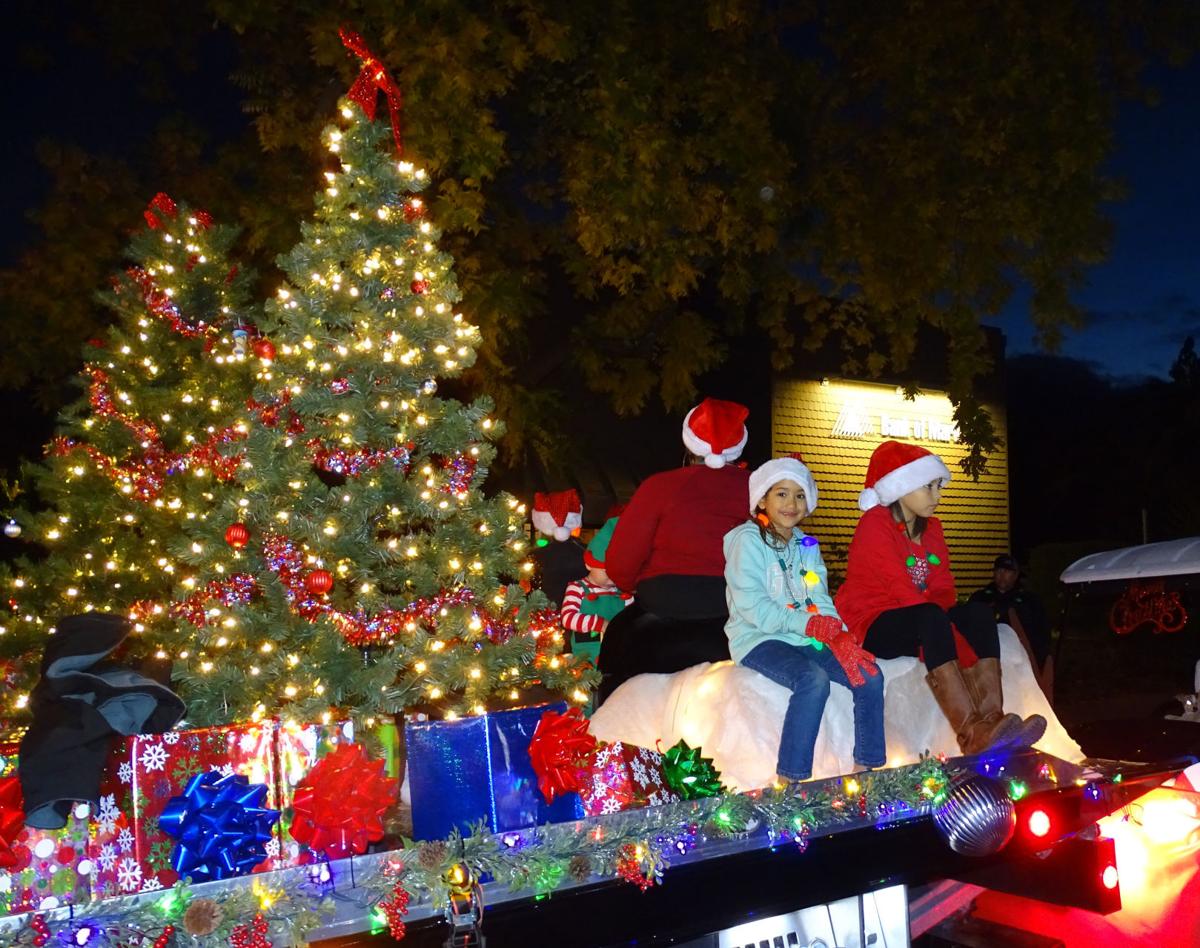 Napa's 2018 Christmas Parade was the last to take place in the city before the event's cancellation in back-to-back years, first because of rain in 2019 and then due to the coronavirus pandemic in 2020. The downtown parade is scheduled to return starting at 5 p.m. Saturday.

Napa’s twin Christmastime celebrations — its downtown tree lighting and holiday parade — will return to downtown this week following a hiatus caused by the coronavirus pandemic.

The tree lighting ceremony, organized by the Downtown Napa Association, will begin at 6 p.m. Wednesday at Veterans Memorial Park, at Main and Third streets, and culminate with the illumination of the city Christmas tree about 45 minutes to an hour later, according to event coordinator Julie Morales.

Saturday night, the Napa Christmas Parade, sponsored by the Kiwanis Club of Napa and this year themed as “It’s Beginning to Look a Lot Like Christmas,” will run from 5 to about 6:30 p.m. and feature an array of 80 to 90 illuminated floats traversing Second, Brown and Third streets. Afterward, families can bring children to the Archer hotel at 1230 First St. to meet Santa Claus, who also will appear on the parade’s final float — a restored vintage fire engine.

State and county shelter-at-home orders passed due to COVID-19 forced the cancellation of Napa’s tree lighting and parade last November. In addition, the 2019 Christmas parade was scrubbed due to rain, although the tree ceremony took place as scheduled.

Preceding the illumination of the Napa tree on Wednesday will be performances by Ballet Folklorico Quetzalli, an American Canyon troupe; Napa’s Pepperettes baton and dance club; the Napa Valley Dance House; and the Tap Dancing Christmas Trees. Among those scheduled to speak at the celebration are U.S. Rep. Mike Thompson and Napa Mayor Scott Sedgley, Morales said Saturday.

Free cookies and hot chocolate will be served at the ceremony.

The Christmas Parade on Saturday will begin at Second and School streets, then make right turns at Brown and Third Streets before concluding at Third and School. This year’s grand marshals will be Marco and Berenice Castañeda, owners of Don Perico restaurant.

Groups entering floats in the parade can win one of three $500 prizes offered by Kiwanis, for best music, best theme, and the best or most use of lights, according to Morales.

For more information about the tree lighting and the Christmas parade, contact Morales at Julie@donapa.com or visit donapa.com/event/christmas-tree-lighting-2021/.

The wreck occurred early Saturday south of the city of Sonoma, and the driver and two passengers were hospitalized in Napa, according to CHP.

Families posed for snapshots in front of downtown Napa's 29-foot-tall Christmas tree minutes after its illumination at the end of the city's November 2019 ceremony at Veterans Memorial Park. After a cancellation last year due to COVID-19, the celebration will return to Napa starting at 6 p.m. Wednesday.

Napa's 2018 Christmas Parade was the last to take place in the city before the event's cancellation in back-to-back years, first because of rain in 2019 and then due to the coronavirus pandemic in 2020. The downtown parade is scheduled to return starting at 5 p.m. Saturday.