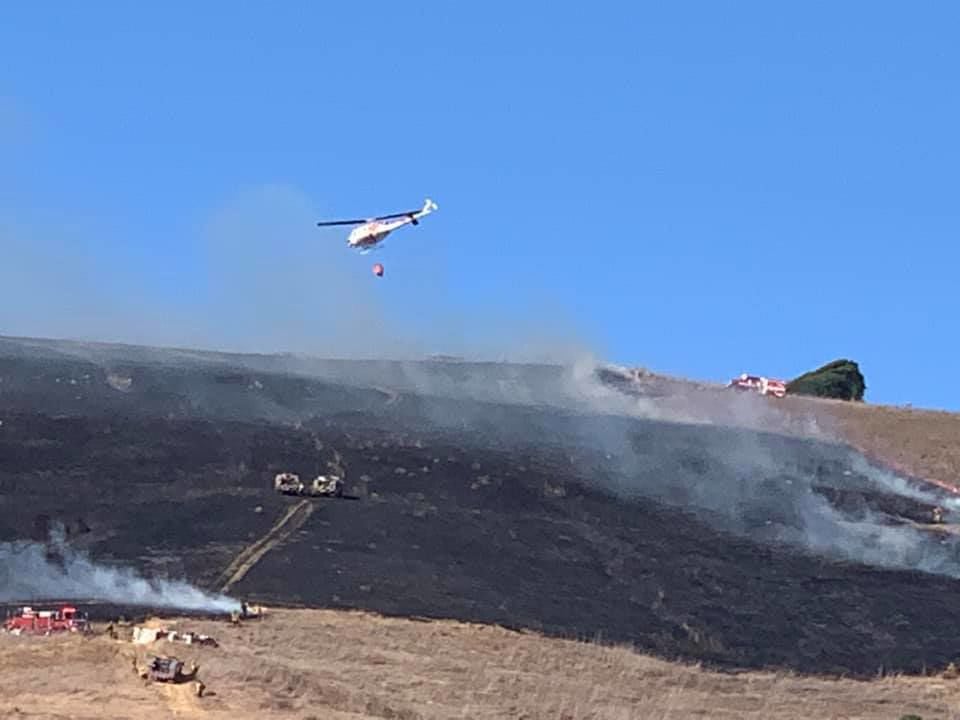 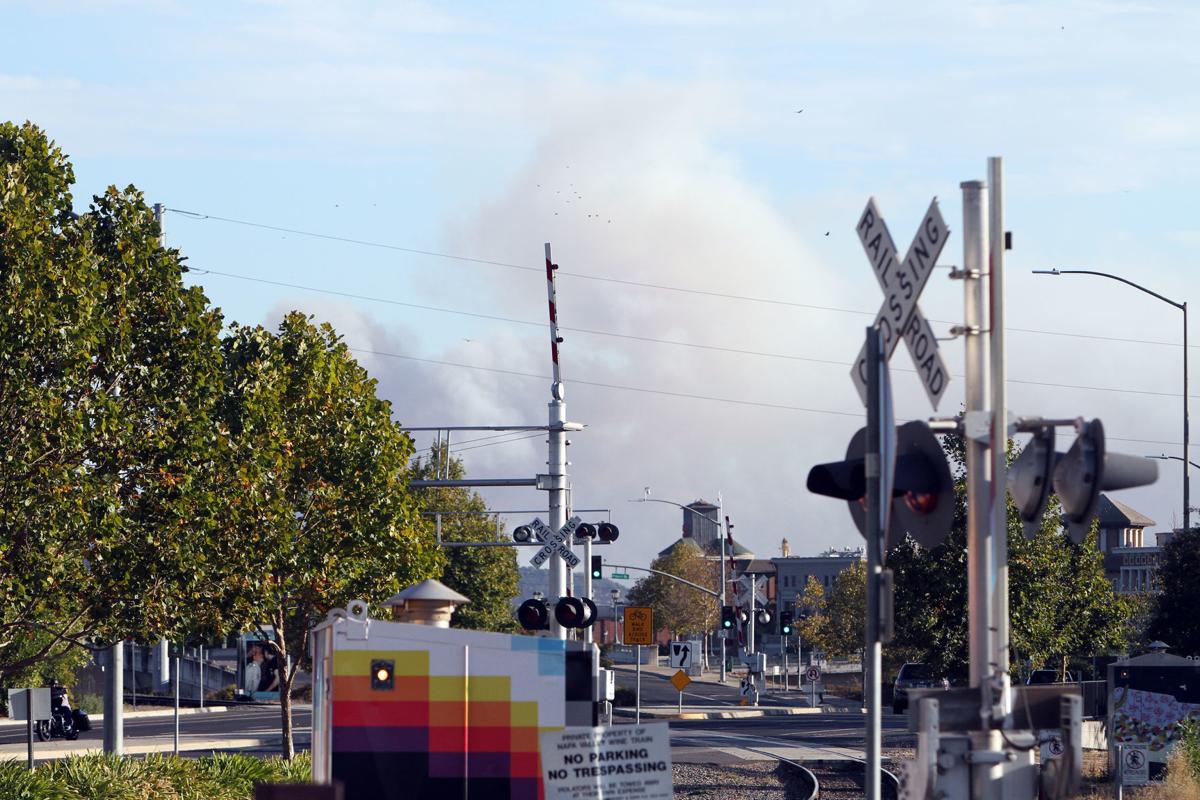 A plume of smoke from a grass fire east of American Canyon rose high enough to be visible 10 miles to the north, near Soscol Avenue in Napa. The blaze broke out Sunday afternoon and grew to 300 acres by 5 p.m., leading the American Canyon fire department to issue evacuation advisories for some streets on the city's east side.

Updated at 10:41 p.m. —The evacuation advisory has been lifted and all roads in American Canyon have reopened to traffic, according to the Napa County Office of Emergency Services.

A vegetation fire Sunday afternoon grew to 526 acres and triggered evacuation advisories and a road shutdown for several hours in the northeast corner of the Vintage Ranch development in American Canyon, according to Cal Fire.

Residents were advised to leave the area east of Donaldson Way and north of Granite Springs, including Newell Drive, Sagebrush Lane and Sorrento Lane, and Farentino and Servini courts, according to fire officials. American Canyon Fire reported in a Facebook posting that the blaze was 30 percent contained as of 6:30 p.m.

The Napa County Office of Emergency Services announced an end to the advisory in a Nixle alert shortly after 7 p.m., and American Canyon roads reopened shortly afterward.

Earlier, American Canyon Road was closed from Via Firenze east to Interstate 80, which passes through a small notch of south Napa County.

The American Fire was first called in at about 3:10 p.m., and flames and smoke were reported on hilly grasslands off the 2300 block of American Canyon Road, according to the California Highway Patrol. The resulting smoke plume was visible from the city of Napa about 10 miles north.

The cause of the fire was not immediately known.

More than 170 firefighters from Cal Fire, Vallejo Fire, the American Canyon Fire Protection District, Napa City Fire, Napa County Fire and numerous other departments from Northern California helped battle the fire, and were expected to remain on scene well into the night.

Information from Bay City News Service was used in this report.

The details are in: Napa's Costco will be 154,000 square feet, with the usual offerings.

Intoxicated pedestrian struck by vehicle while crossing Highway 29 in Napa

Two men and a woman were arrested in a disturbance outside NapaSport early Sunday morning, according to Napa Police.

A San Rafael man was arrested on suspicion of attempted murder after his niece was seriously injured at a party in American Canyon, according to police.

Two people were arrested Sunday after a high-speed pursuit from Napa to Contra Costa County.

A man is accused of using a cellphone to record video of women at his place of work.

Napa parents are suing an equipment rental company following the death of their 6-year-old daughter.

Highway 12 closed in both directions between Santa Rosa, Sebastopol due to downed power lines early Monday

A plume of smoke from a grass fire east of American Canyon rose high enough to be visible 10 miles to the north, near Soscol Avenue in Napa. The blaze broke out Sunday afternoon and grew to 300 acres by 5 p.m., leading the American Canyon fire department to issue evacuation advisories for some streets on the city's east side.