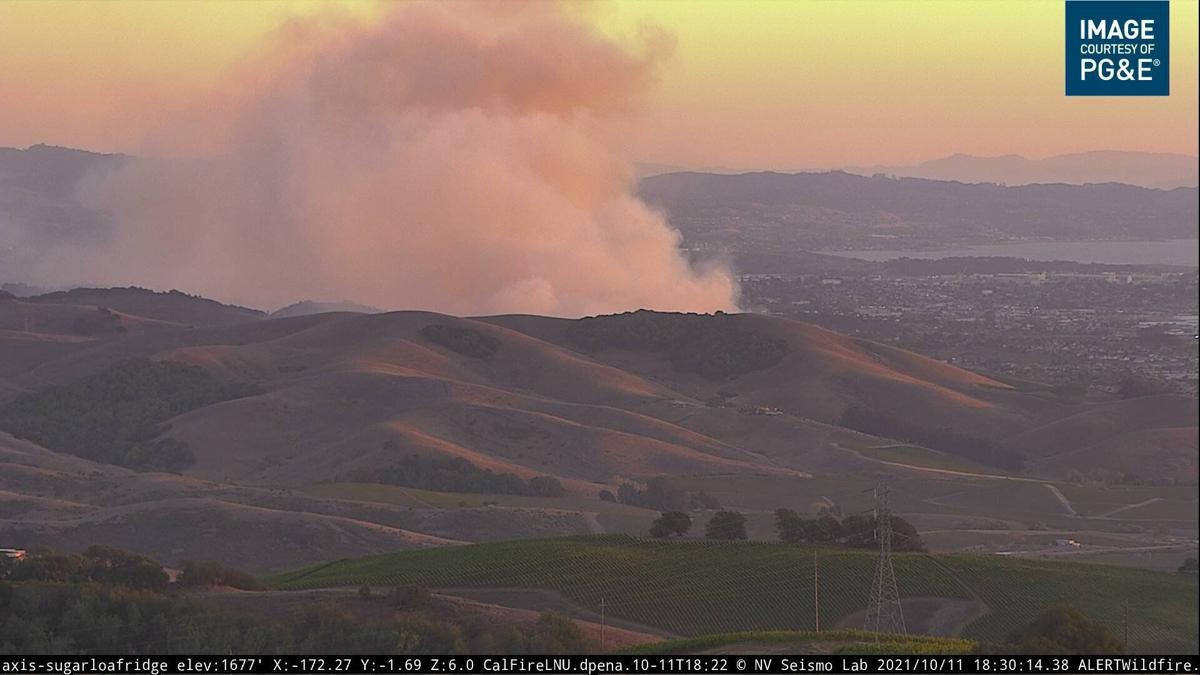 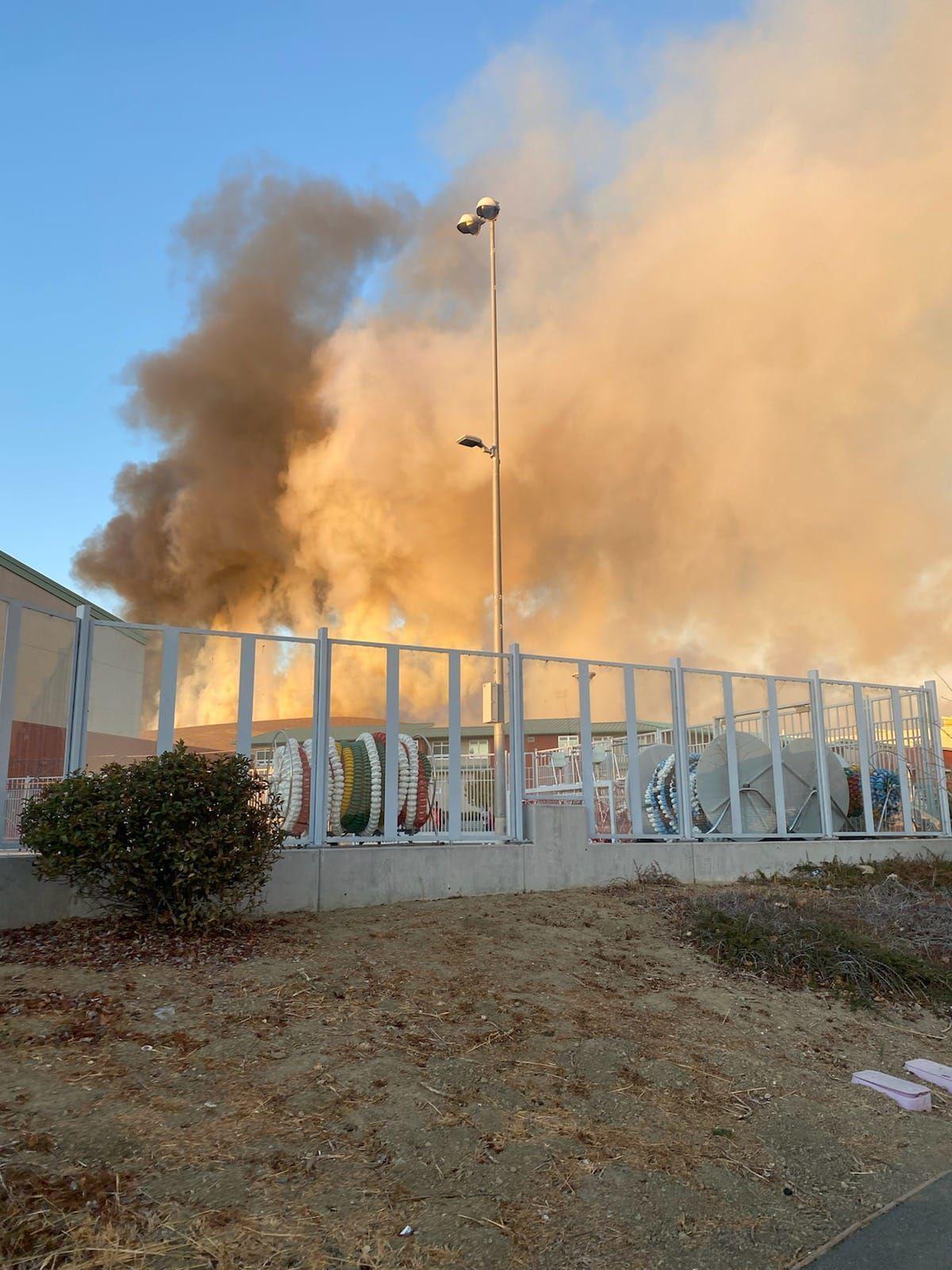 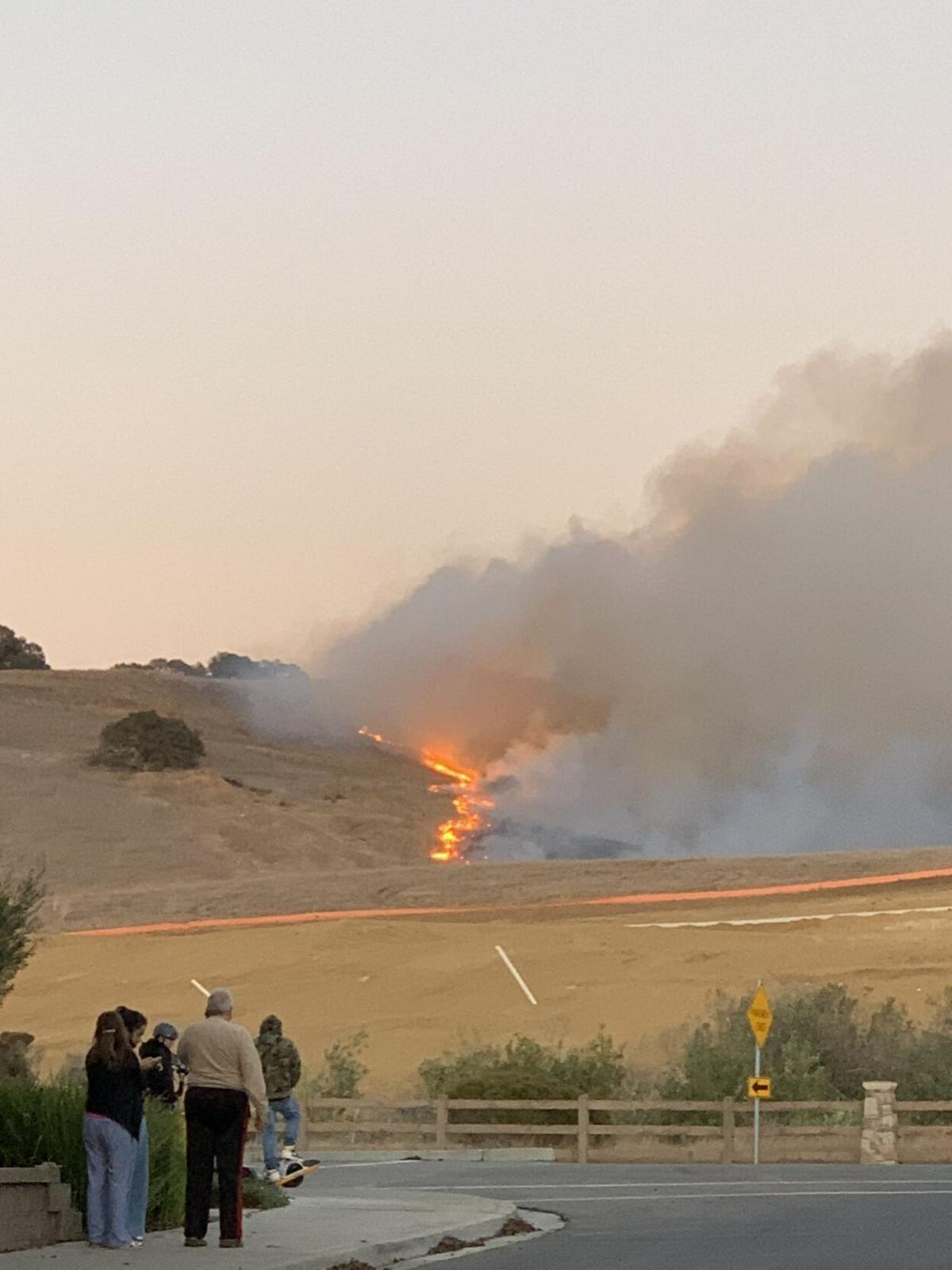 Updated at 10:55 p.m. Monday — A 26-year-old man was detained near a burning car Monday in American Canyon, near the site of the 150-acre fire that broke out on the city’s east side and briefly triggered an evacuation warning in the Via Bellagio neighborhood, according to the Napa County Sheriff’s Office.

The car, which had been reported stolen in Vallejo, was on fire when authorities contacted the man near the site of the Newell Fire, according to sheriff’s spokesperson Henry Wofford. The man, whose identity was not immediately released, suffered non-life-threatening burn injuries and was receiving medical treatment late Monday, Wofford said.

It was not immediately known when the car had been stolen, Wofford said.

The Newell Fire spread to 150 acres before fire crews stopped its forward progress, according to Cal Fire spokesperson Tyree Zander. It was 50% contained as of 8:35 p.m.

Less than an hour after the fire began, the Napa County Office of Emergency Services issued an evacuation order for the Via Bellagio neighborhood in south American Canyon east of Highway 29. The warning, which was not an order to evacuate, was withdrawn just before 8:15 p.m. in a Nixle alert from the Sheriff’s Office.

The California Highway Patrol closed American Canyon Road from Interstate 80 west to Highway 29 during the fire, according to Laura Provencher, spokesperson for the American Canyon Fire Protection District. Numerous fire departments sent vehicles and personnel to the scene, she said.

The fire in American Canyon began during a red flag warning the National Weather Service had issued for parts of Napa and other Bay Area counties, mainly higher-elevation areas, due to strong winds, low humidity and vegetation left dry by the California drought. The weather warning began Sunday night and remains in force until 5 p.m. Tuesday.

A man who was arrested close to a burning car near the site of the Newell Fire in American Canyon remained hospitalized Tuesday, according to the Napa County Sheriff's Office.