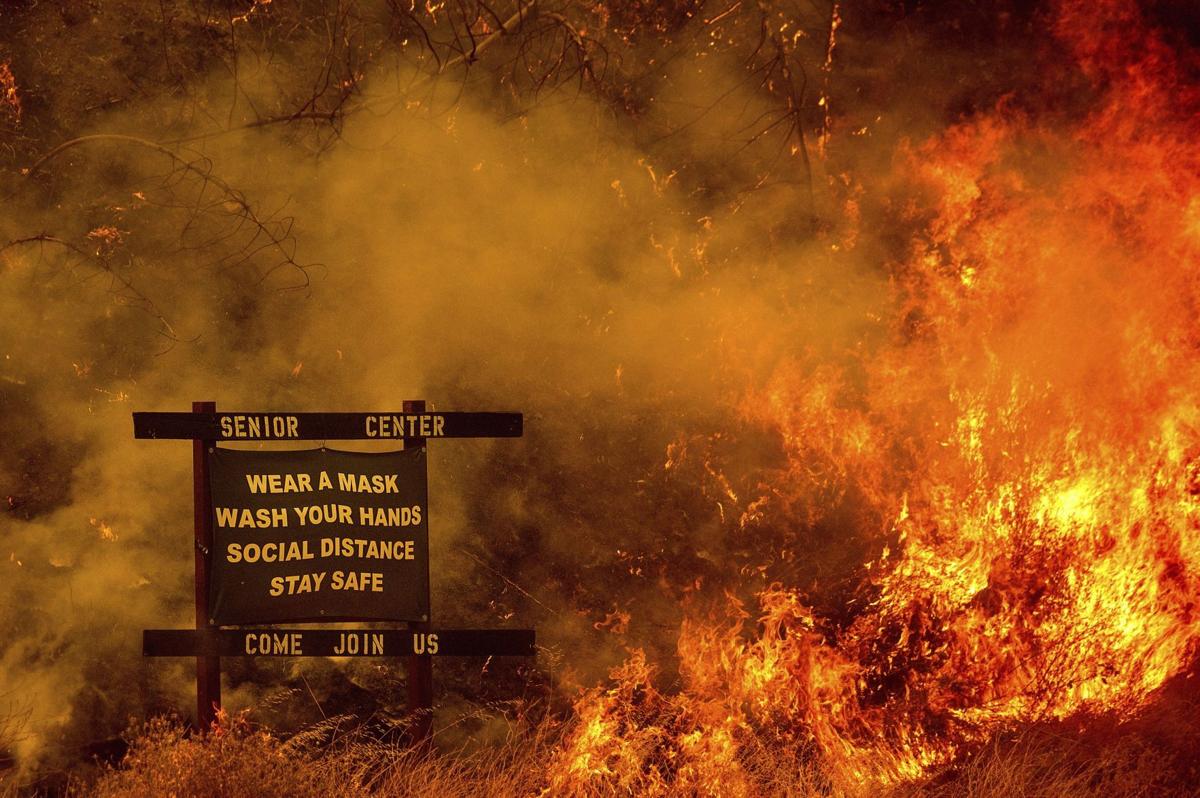 Flames from the LNU Lightning Complex fires burn in unincorporated Napa County on Tuesday. The blaze went on to destroy multiple homes near Lake Berryessa. Fire crews across the region scrambled to contain dozens of wildfires sparked by lightning strikes as a statewide heat wave continues. (AP Photo/Noah Berger) 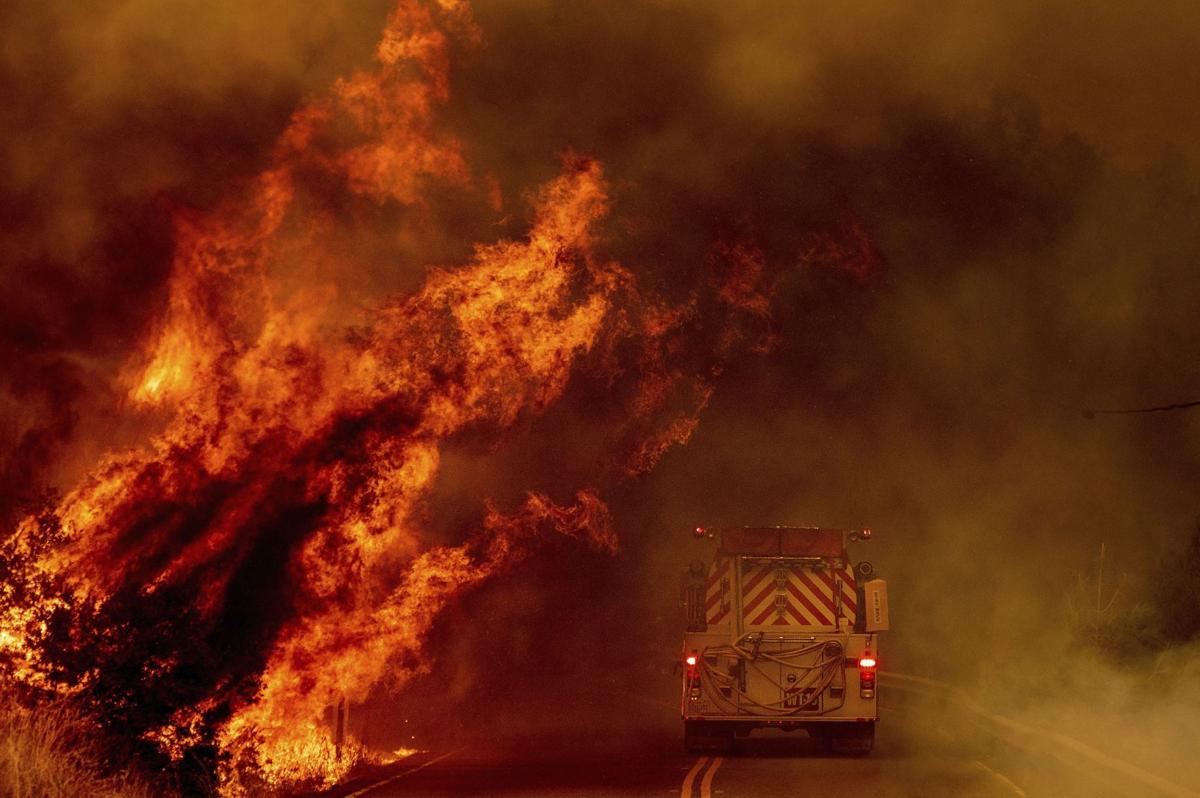 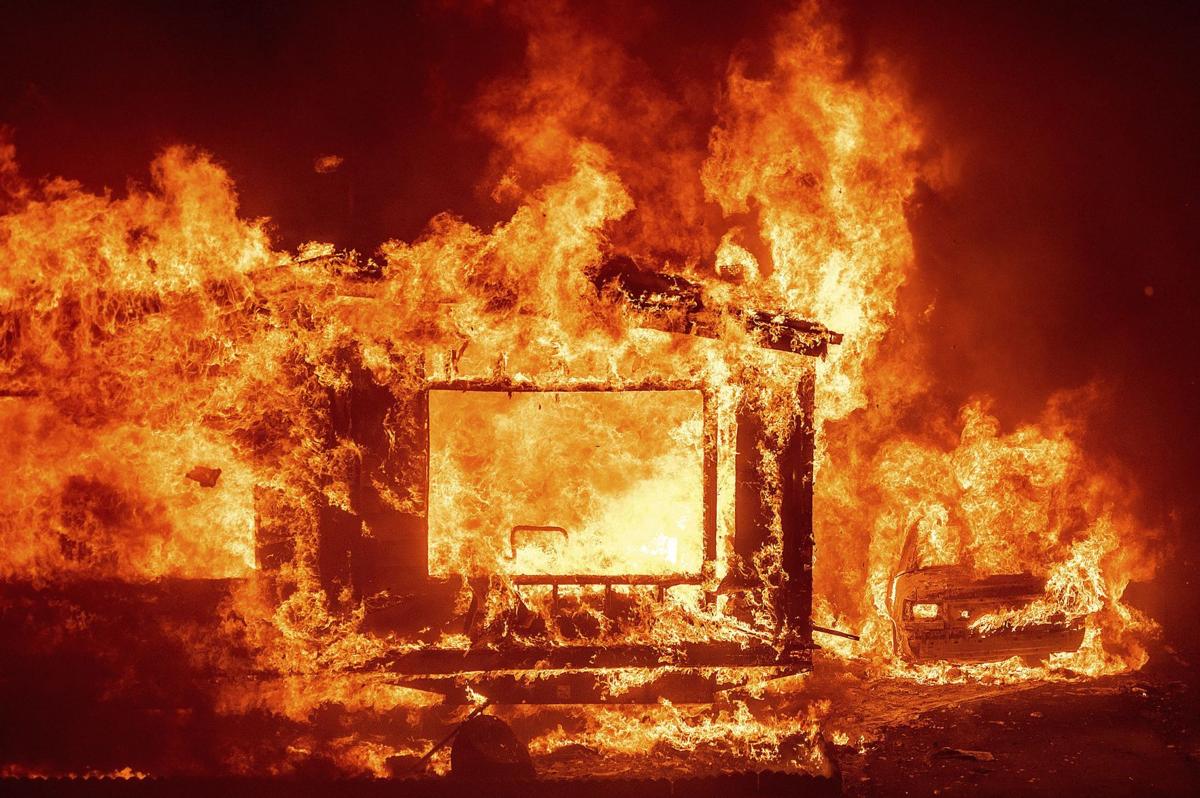 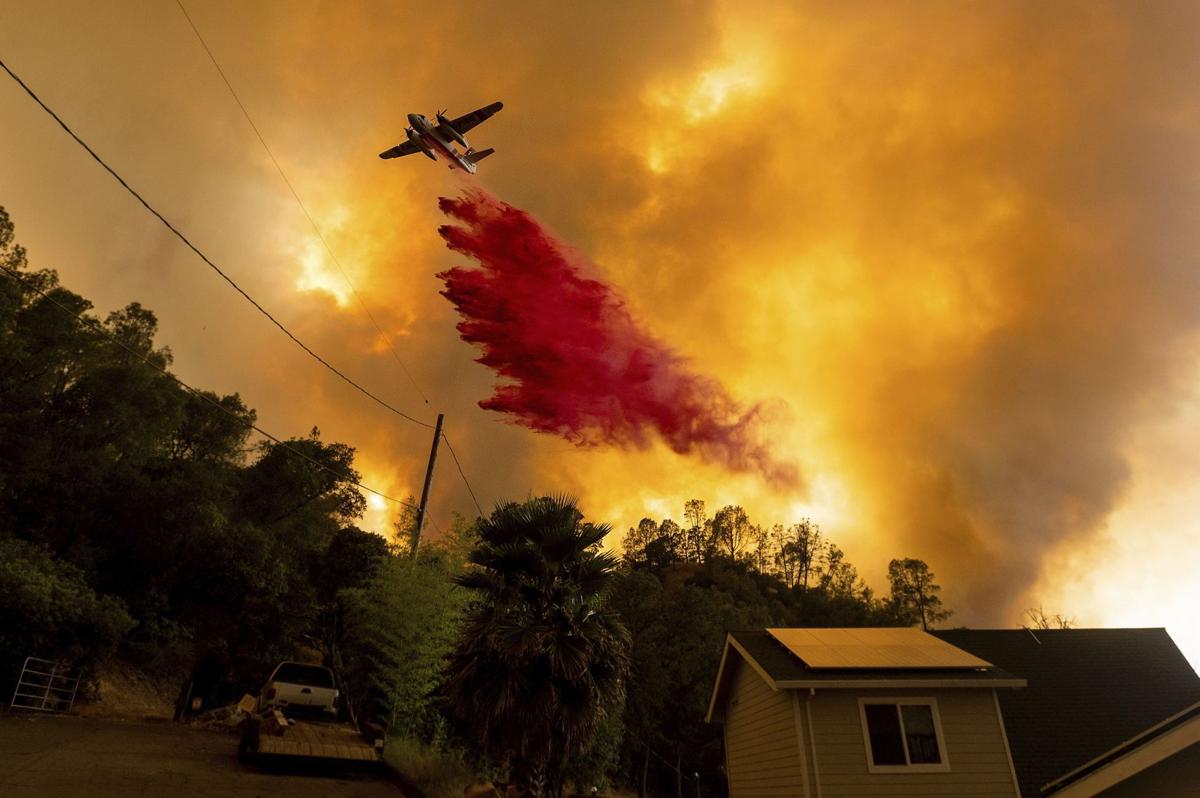 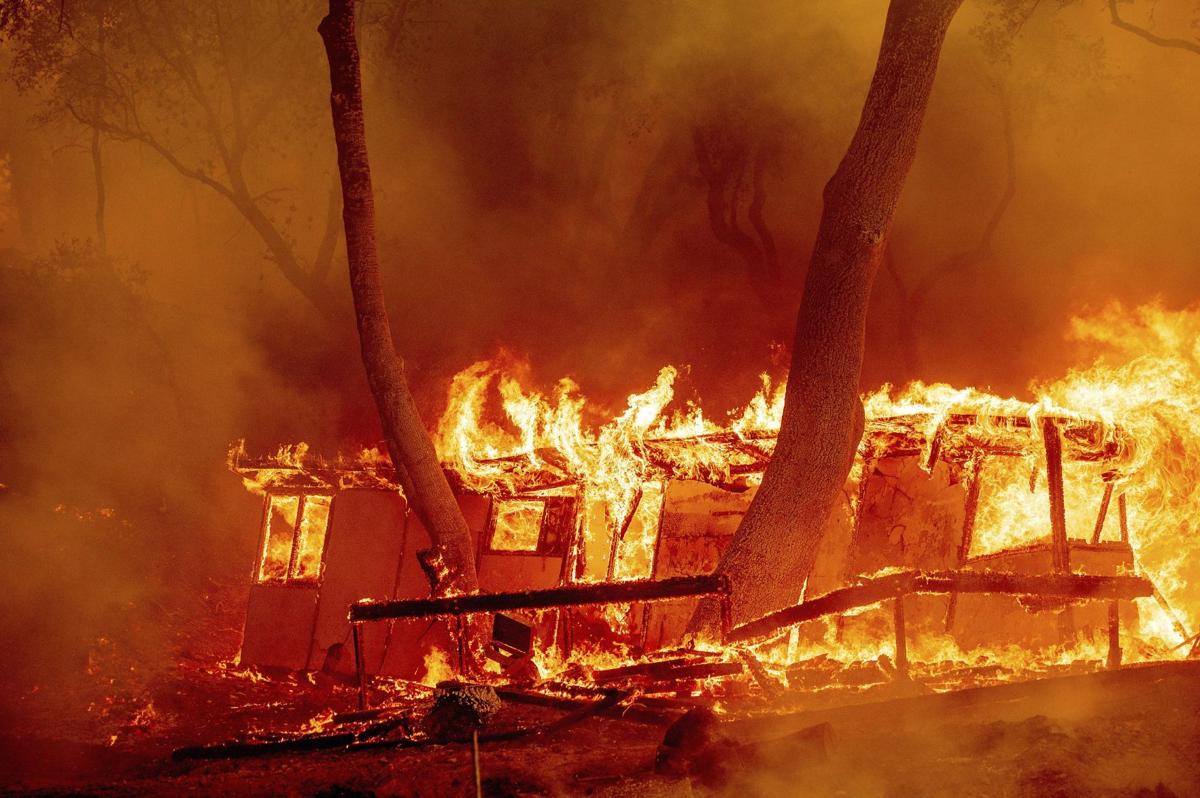 As of Wednesday evening, the Hennessey Fire (which now includes the merging of the Gamble, Green and Markley fires) that started near Lake Hennessey had burned 100,000 acres with one structure and two outbuildings listed as destroyed.

CalFire reported Wednesday evening that 105 homes and outbuildings had been destroyed and at least 70 more damaged. Officials said the ultimate number will likely be much larger as the fires continue to burn out of control.

Napa County set up a shelter at the CrossWalk Community Church in Napa for people evacuated due to the fire danger.

Over the last 72 hours, Cal Fire has experienced a historic lightning siege that has resulted in approximately 10,800 lightning strikes across the state causing more than 367 new fires, and 6,900 fire personnel from state, local, and federal agencies remain assigned to those incidents.

Fire chiefs and officers from five counties converged at a press conference at the Napa County Fairgrounds Wednesday morning, saying all resources are stretched thin, and further evacuations are being planned and expanded, especially for those south of the fires. People should be prepared to evacuate.

“We’re in this for a long haul,” said Cal Fire Chief Sean Kavanaugh, citing the forecast for extreme heat and the potential for hot, dry winds.

Air support is in high demand across California, which has reduced the number of airplanes that can fight Napa County’s fires, officials said. Cal Fire had 587 personnel assigned to Napa fires as of Wednesday evening.

An additional 13,200 acres burned overnight between Tuesday and Wednesday, creating a hellish red glow over the Napa Valley’s eastern ridge. So far, 8% of Napa County has burned, mostly dry brush lands that surround pockets of rural homes that wrap around Lake Berryessa and southeast of the Upvalley. None of the fires are under control, Cal Fire said Wednesday.

Napa County issued a Nixle alert shortly before 1 a.m. Wednesday, saying that the Hennessey Fire was continuing to move toward Atlas Peak, Soda Canyon, Silverado Highlands and Silverado areas. An additional evacuation order was issued at 9:30 a.m. for Monticello Road from Wooden Valley Road to Silverado Trail, but was later modified to stop at Vichy Avenue.

As the winds died down Tuesday night, the advance of the fires seemed to slow as well, with less dramatic plumes of smoke visible from the valley floor at dawn, then the fires sped up.

“Life, safety and evacuation is still our number-one priority,” he said. “And structure defense is the next priority.”

Pacific Gas & Electric said power has been restored to all but 1,900 of the 24,000 Napa County customers who lost electricity at 5:17 p.m. Tuesday due to the Hennessey Fire.

Crews worked to restore power to everyone who could be restored by 7:30 p.m., said Deanna Contreras, a PG&E spokesperson. Service to 1,900 customers will remain proactively turned off at the request of firefighters, she said.

The fire around Atlas Peak can be viewed from PG&E’s camera at https://bit.ly/2Q5cuXt

Editor’s Note: Because of the public safety implications of the wildfires, we are providing access to this article free of charge. To support local journalism, please visit

https://napavalleyregister.com/members/join/ and consider becoming a member.

Lightning-caused fires across Northern and Central California have exploded in size, burning homes in Solano County, sending flames toward hom…

Photos from the fires burning in Napa County

The Hennessey Fire has reached the Nichelini property. Whether it reaches the winery itself will depend on wind, weather and mitigation efforts.

Smoke from Northern California fires have created unhealthy air in some parts of Bay Area.

Flames from the LNU Lightning Complex fires burn in unincorporated Napa County on Tuesday. The blaze went on to destroy multiple homes near Lake Berryessa. Fire crews across the region scrambled to contain dozens of wildfires sparked by lightning strikes as a statewide heat wave continues. (AP Photo/Noah Berger)