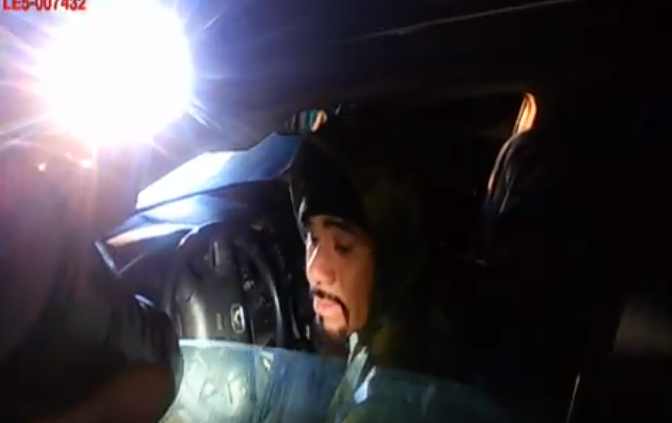 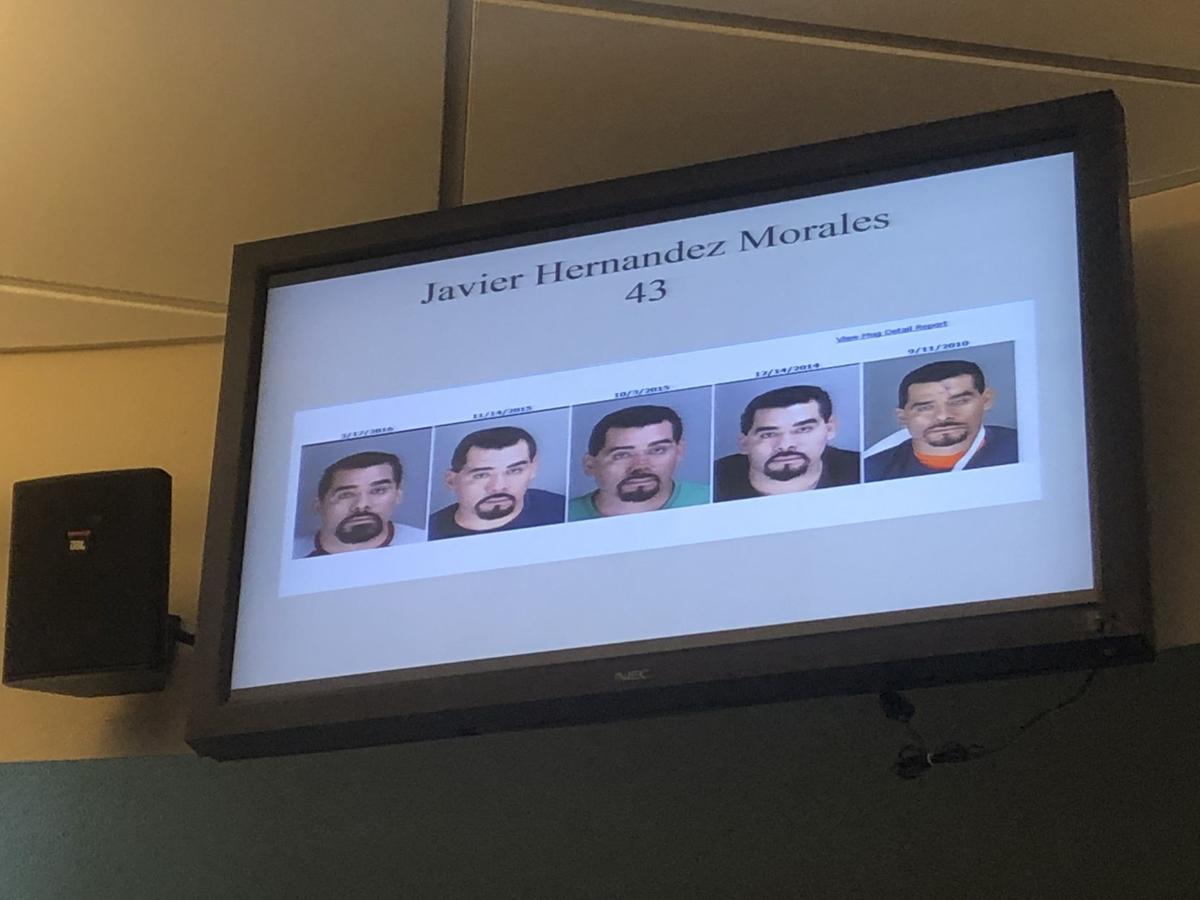 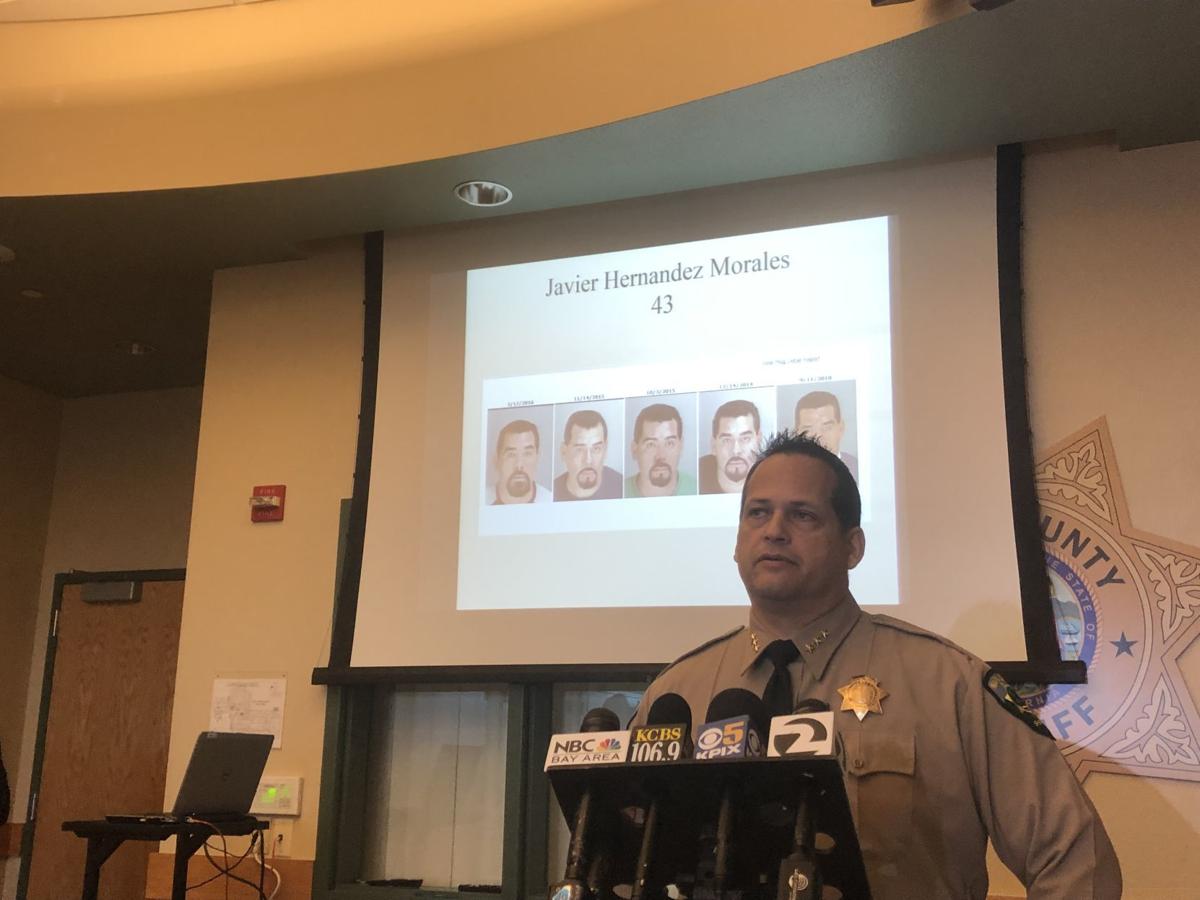 The Napa County Sheriff’s Office published dramatic body camera footage Wednesday that shows part of a deputy’s fatal confrontation with a driver who shot at her.

Jarecki stood next to a red, parked car, and spoke with Hernandez Morales through a slightly open front window on the passenger’s side. The man permits her to look around. She shines her flashlight into the car and walks around the rear of the vehicle, approaching the driver’s side window.

The deputy then knocks on the front, driver’s side window.

“Roll it down,” Jarecki said.

He points a gun at her and fires at least once. Jarecki radios that shots have been fired as the car’s rear lights flash. The ignition turns over and Jarecki, who appears to have retreated to the passenger side of the vehicle, fires numerous rounds toward the driver’s seat.

She radioed that shots had been fired at 11:05 p.m., the Sheriff’s Office said. Within minutes, social media was abuzz with locals listening to the police scanner.

The Sheriff’s Office held a news conference Wednesday afternoon for Bay Area media that provided new information about Sunday’s fatal encounter on a rural south Napa County road. The names of the deputy and the dead motorist were released for the first time.

Hernandez Morales, 43, is a Napa resident and former farmworker. He had a criminal history in the county and had several aliases that had to be investigated before the Sheriff’s Office could release his name, Undersheriff Jon Crawford said.

A PowerPoint presentation showed five of Hernandez Morales’ Napa County jail mugshots taken between 2010 and 2016. He had been arrested for crimes such as having a concealed, loaded weapon, driving under the influence and assaulting a peace officer.

The Sheriff’s Office said it takes loss of life seriously, but Crawford said the department was proud of the composure and poise Jarecki showed while fighting for her life. She is doing as well as can be expected under the circumstances and could be gone anywhere from two to four weeks on paid administrative leave, Crawford said.

Hernandez Morales’ motive is unknown, but Crawford said he had a few arrest warrants.

Hernandez Morales shot at the deputy with a .22 caliber revolver that was reported stolen in Fremont, Crawford said. It was later discovered that he had a loaded, .22 caliber rifle in the back of the car.

Jarecki had spoken with Hernandez Morales for a few minutes before the clip began, Crawford said. It appears that he fired more than one shot at her, he said.

It’s clear that Hernandez Morales sought to kill her because he shot at her at point blank range, Crawford said.

Sheriff John Robertson said that Jarecki fired at least 15, but possibly 16 shots into the suspect’s vehicle.

He commended Jarecki’s actions and said that with her 2 ½ years of experience as a peace officer, she followed her training.

“That was a pretty violent, shocking thing,” he said. “Nobody wants to use lethal force, nobody even wants to use their gun … but she did what she was trained to do to eliminate the threat.”

Jarecki is a Napa native and third-generation Napa County law enforcement officer – her father is a Napa police sergeant and grandfather, Robert, is a retired Napa police captain.

She previously served as a Calistoga Police Department officer.

Jarecki was patrolling her assigned beat area – a rural area that’s mostly vineyards, and some wineries and homes – on Sunday night. Her attention was drawn to a red Honda parked facing the wrong direction on Henry Road.

The Sheriff’s Office has turned the investigation over to the Napa County Major Crimes Task Force for a full review.

Often times, Crawford said, officers’ body cameras may be obscured. But in this case, the video tells much of the story.

“It really can’t get any more clear than this,” he said. “It’s graphic, it’s brutal, it’s sudden. Realistically its just a great reminder that we need to stay vigilant.”

Robertson said his department uploaded the video online to show the public how quickly such encounters turn violent and because some people may be skeptical of the department’s account of how things played out.

He also noted that a new law will go into effect this July mandating the release of body camera footage in officer-involved shootings within 45 days unless doing so would interfere with the investigation.

Going forward, the Sheriff’s Office will review footage on a case-by-case basis and decide whether it wants to push out the footage, Robertson said.

The Napa County Sheriff’s Office reported that a deputy fatally shot an armed motorist in the south county Sunday night after the driver fired first.

Napa Deputy Sheriff Riley Jarecki responded to a rifle shot that struck my fire replacement building on Atlas Peak Road this past October, so …

ICE: Man who died after shooting at a Napa deputy had been deported 3 times

The man killed by a Napa County Sheriff’s deputy Sunday night was an undocumented Mexican national, according to U.S. Immigration and Customs …

On Feb. 17 at approximately 11 p.m. Javier Hernandez Morales shot at a sheriff's officer and she returned fire in self-defense. Thankfully she…

Deputy Jarecki returned fire, killing her assailant, after being shot at three times.