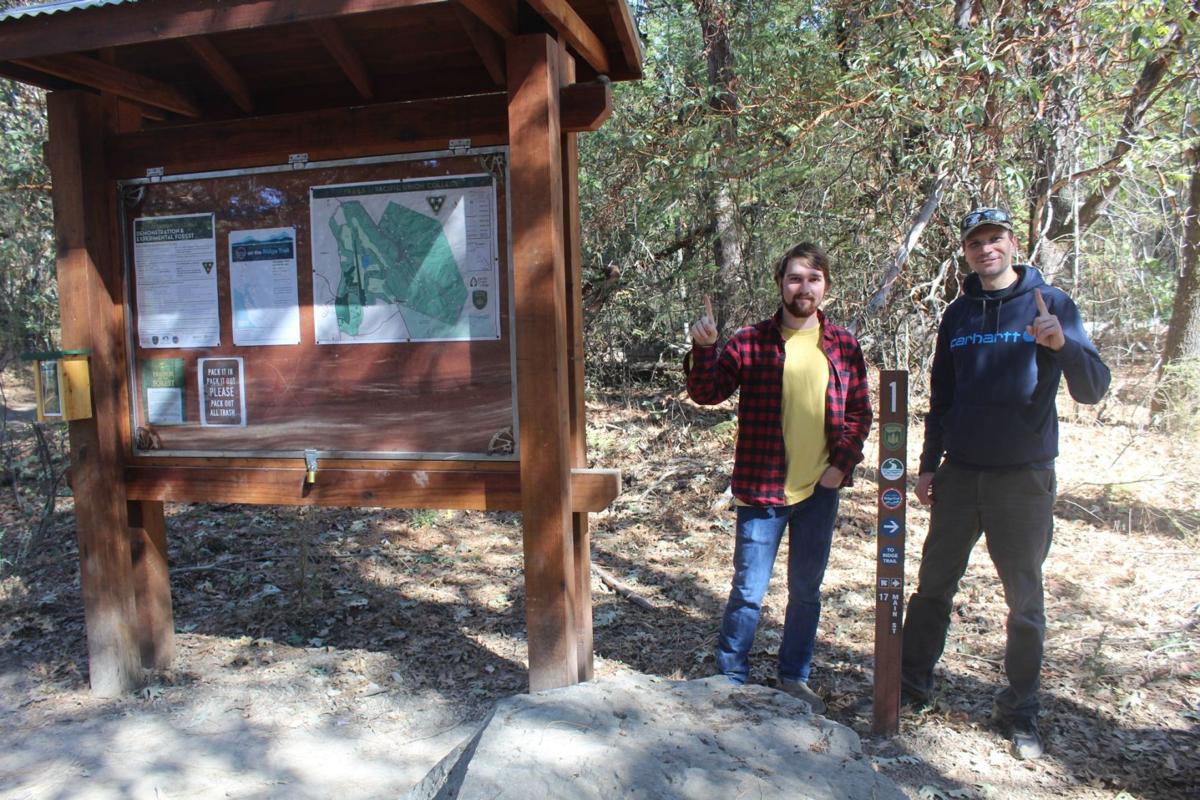 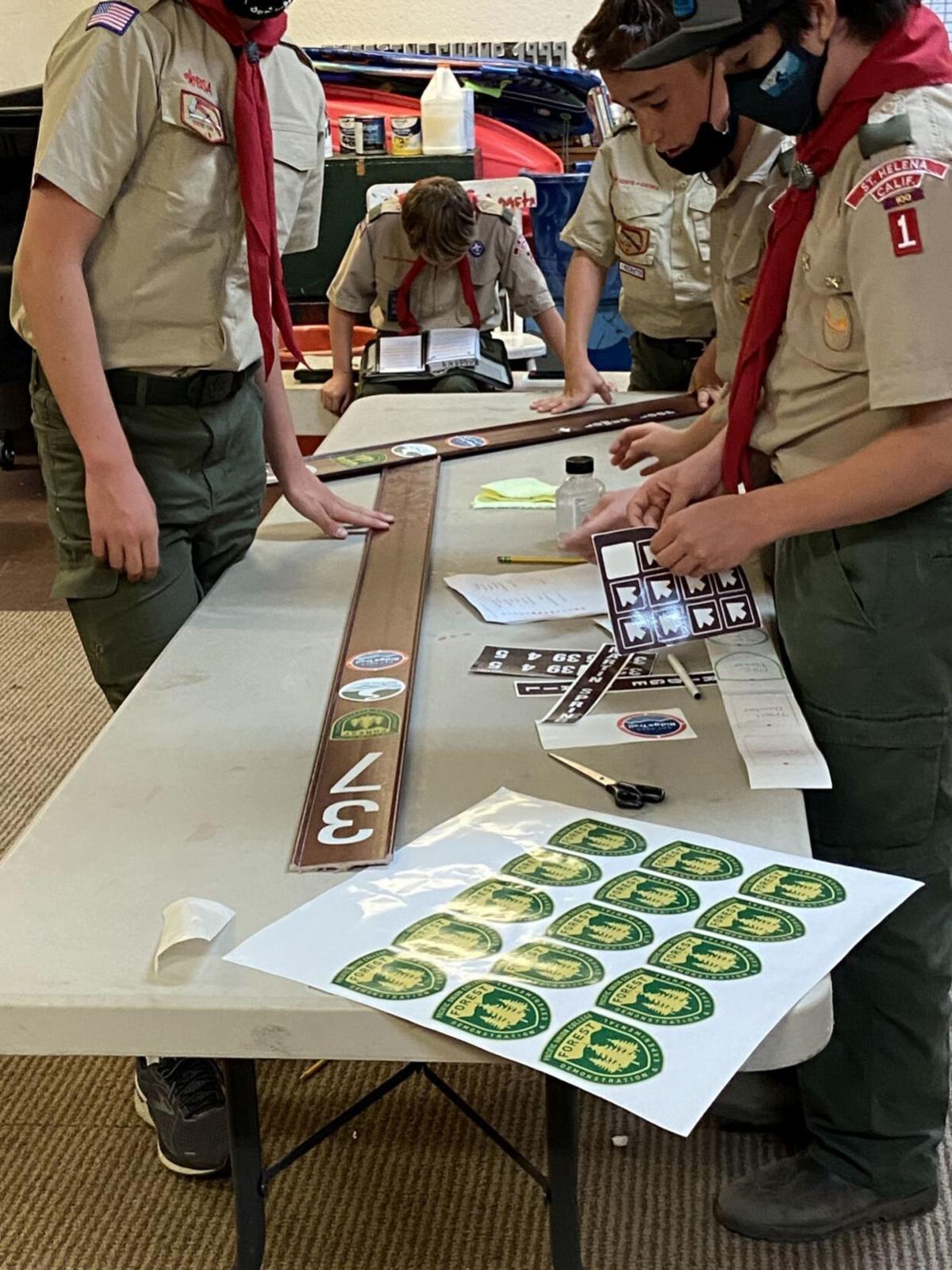 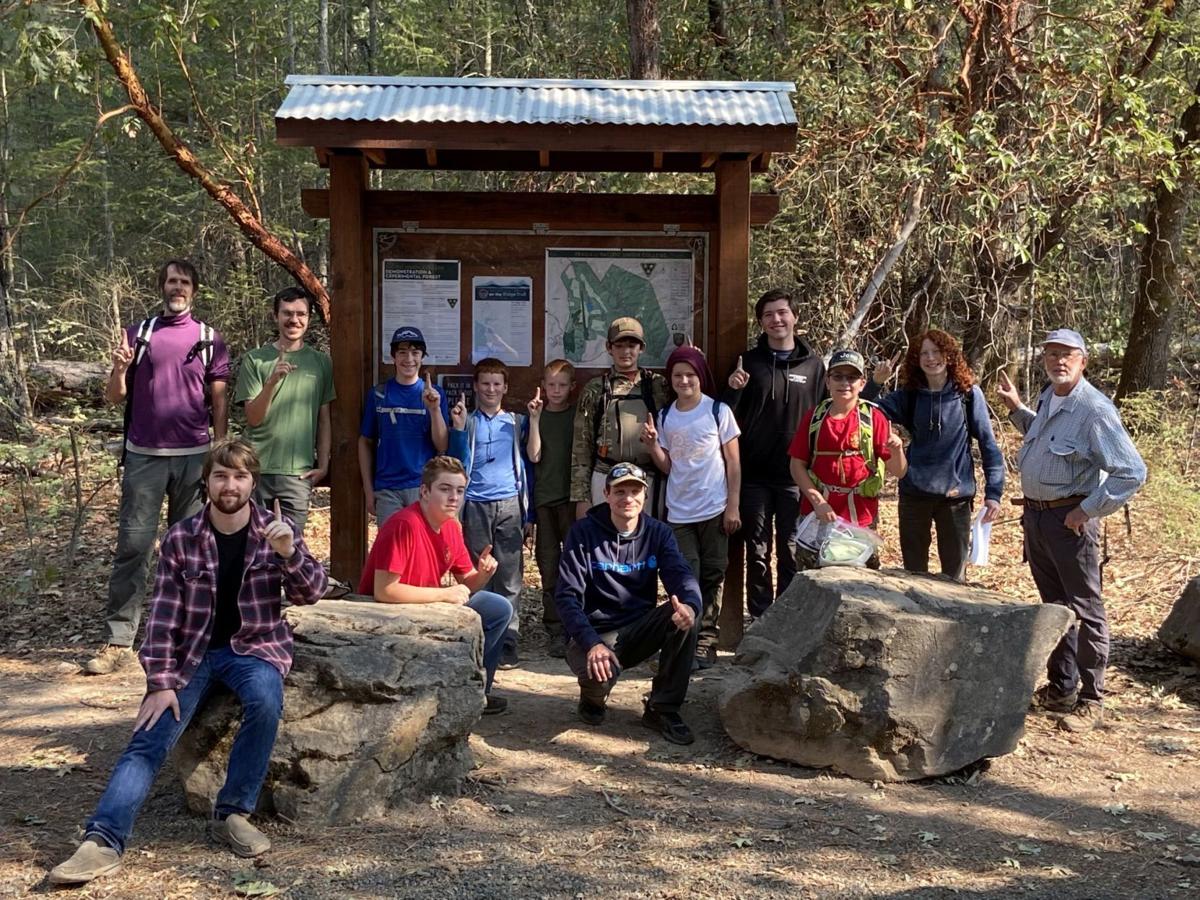 The labyrinthine network of trails in Pacific Union College’s forest is now easier to navigate, thanks to a local teen.

William Dappen, with help from other members of St. Helena’s Boy Scout Troop 1, spent more than 120 hours adding directional arrows and trail names to fiberglass trail markers at 42 sites throughout the PUC Demonstration and Experimental Forest.

Dappen, who turns 18 in November, took on the task as part of his Eagle Scout project. Eagle Scouts are required to do a service project that demonstrates leadership abilities and benefits the community.

Dappen visited all 42 intersections and created an inventory of the necessary markers. A team of 17 Scouts attached stickers to the trail markers at Scout Hall in St. Helena, Dappen said. Twelve Scouts and adults went to Angwin to install the markers under Dappen’s direction.

Dappen’s goal was to make the trails more accessible to hikers and mountain bikers. PUC Forest Manager Peter LeCourt, who mapped the forest, is thrilled with the results.

“It’s a big project that needed to get done, and I was frankly glad I didn’t have to do it,” LeCourt said. “Their 120 hours was the equivalent of three weeks of my time, and I have a lot of fire mitigation work I need to be putting my energy into.”

It’s easy to take a wrong turn on the 40-mile trail network. The serpentine trails have colorful and distinctive names like Whoop-Dee-Doos, Heartbreak Hill and Jamie’s Cryin’ Trail, but they frequently intersect. There's one five-way intersection that can be especially daunting, even to experienced hikers.

LeCourt said he had to rescue one family that ventured deep into the forest and tried to turn around the way they had come, only to end up on the long Lower Loop along the forest’s eastern edge. Even Dappen himself got lost once.

“Now you’ll always know which two trails are leading off whichever intersection you’re at,” LeCourt said. “That’s going to be a big help. Between the map and these (signs), you’re going to be able to get around the forest a lot better.”

Once the first rains arrive and soften up the ground, Dappen plans to install a second set of signs to mark the trails more clearly.

October 13 recap: Napa Valley news you may have missed today

These Napa County students are making a name for themselves. Recognize anyone you know?

Forty years after Napa bought the Alston Park land for a never-built mega-sports complex, the 157 acres of brushy open space seems to have – f…

Jason Stoddard, 17, had to complete a community service project in order to become an Eagle Scout. But what?

Bennett Free didn’t have to look far to decide what should be the capstone to his Boy Scout career. All he needed to do was remember a popular…

The appearance of the vineyard-threatening insect has growers and officials in wine country on alert.