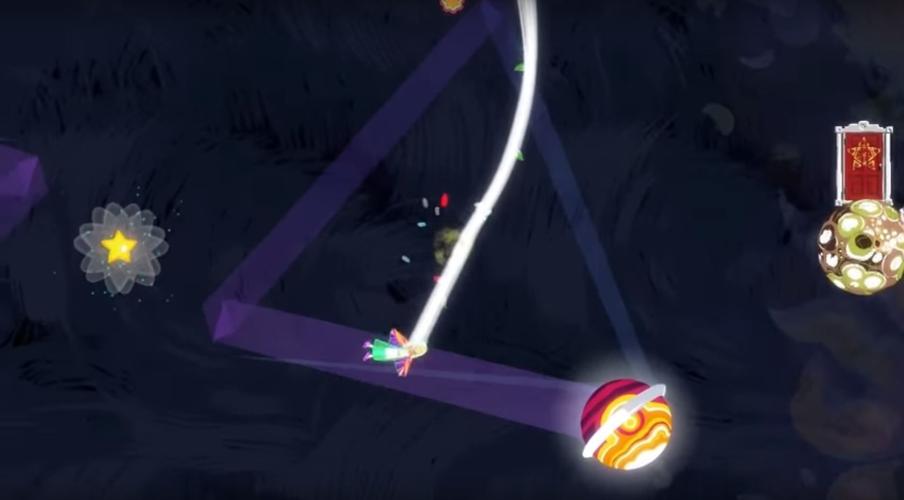 “Gravity Ghost” is one of 10 video games at the heart of the Napa Valley Museum’s exhibition “’Down the Rabbit Hole,” an exploration of independently produced games that opened Friday in Yountville and will be on display through January. 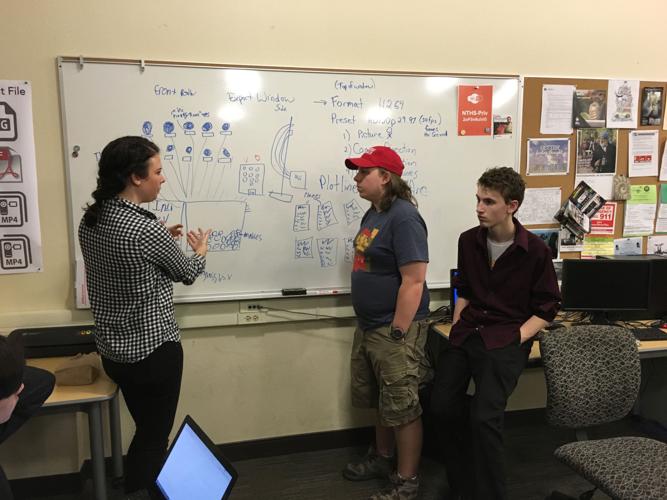 Millions of Americans happily while away hours in front of their PlayStations, Xbox consoles and computers, delving into the fantasy realms of their choice. But is video gaming a form of art?

The Napa Valley Museum is embracing the “yes” argument in the form of “Down the Rabbit Hole: Innovative Independent Video Games,” an exhibition the Yountville gallery debuted Friday morning. The show, which will be open from Wednesdays through Sundays until Jan. 8, includes playable versions of 10 games, plus videos, developmental artwork and interviews with the game developers.

“Down the Rabbit Hole” explores the conception, storytelling and production of titles created by independent video game makers – authors working alone or in small teams, rather than the dozens or hundreds needed to turn famous-name games into reality.

“The point is to explore the current innovation happening in the genre of indie video games – visually, mechanically and thematically,” said Meagan Doud, the museum curator.

Gaming stations at the museum will introduce viewers to titles including “Lumino City,” “Gravity Ghost,” “Braid,” "Passage” and others. Visitors can learn about the approaches indie game developers take to put new spins on storytelling, in-game mechanics and even the conception of a game.

Though the Yountville exhibit showcases the work of video game creators, Doud hopes to display their artistry to a wider audience of non-gamers – a mission inspired by a friend’s introduction to the game “Antichamber” a year ago.

“It was something I’d never seen before: an incredibly mind-blowing experience because of the way the game is played,” she said of the game, a first-person experience filled with impossible three-dimensional spaces. “It started me into a deep dive into other video games. "I felt like I was falling down a rabbit hole into a world I never knew existed.

"I think I’m fairly technologically savvy as a young person, but this was a whole new realm, and I thought it would be fun to give others the opportunity to see a genre pushing the limits of traditional mechanics, the traditional themes of video games.”

To turn this germ of an idea into a full flesh-and-silicon exhibit, the museum turned to a group of local teenagers – 45 students of Lisa Gottfried, teacher of the Game Design and Visual Effects class at Napa’s New Technology High School.

During the spring semester, Gottfried and her students formed teams to develop the show’s learning stations, where visitors learn the importance of game mechanics, writing, three-dimensional modeling and music.

“What I want to do is script writing for video games,” said Grant Hall, an incoming New Tech junior who prepared two videos for the exhibit illustrating the 3-D modeling of game characters. “Having this is an amazing background, because I can see how games are made, so I can tailor my writing to that.”

“Being able to analyze how these 10 games operate was a real-life opportunity to understand the (process) of video-game creation,” said Gottfried of her students’ role in planning and building the museum’s exhibition.

“What makes a video game good? How can you use games in alternative ways to influence people’s behavior, change a person’s mind? Why is music important? What purpose does it serve? They had to synthesize all that information into usable information, to teach those who don’t know about independent gaming.”

Doud, the curator, held out hope that visitors of all ages would find their own bonds with games on display – whether for their art or music or sheer ingenuity.

“I would like each person to get excited about at least one game – find a game at this exhibition they can connect with in some way, whether (because) they think it’s an artistic game or they connect with the narrative, or if they like it on a mechanical level and say ‘Wow, I didn’t think you could subvert the rules of traditional play into something completely different,’” she said Monday. “There are lots of ways to access the world of indie gaming, and I hope each person finds a game that they fall in love with.”

‘Down the Rabbit Hole’

A man and woman died Sunday morning when their car ran off Highway 29 in south Napa, the California Highway Patrol reported.

A scammer falsely advertised parts of Leah Westin's central Napa home for rent. They even used photos of Westin's home in the fake ad.

A final Devlin Road segment is almost done and will finish a parallel Highway 29 route between the city of Napa and American Canyon.

BottleRock 2022: What you need to know in Napa

Learn about headline bands, festival grounds, parking, street closures and more as BottleRock returns to Napa from Friday to Sunday.

The vegetation fire in east St. Helena was fully contained by Tuesday afternoon, after the lifting of an early evacuation order.

Cannabis makes an appearance at BottleRock, despite rules prohibiting consumption

While consumption of marijuana is not permitted at the festival, the partnership signals a turning point for the cannabis industry as an institution alongside food and wine in Napa.

Napa’s latest edition of BottleRock is taking shape on the Expo grounds and surrounding streets ahead of the festival's opening Friday.

A Bay Area man accused of plotting with a friend to blow up the Democratic headquarters building in Sacramento because he was convinced then-President Donald Trump won the 2020 election pleaded guilty to the crime Friday in federal court in San Francisco. Ian Benjamin Rogers, 47, of Napa pleaded guilty to conspiracy to destroy a building by fire or explosives, possessing an unregistered ...

Watch Now: Netflix and movie theaters might be teaming up

Watch Now: Netflix and movie theaters might be teaming up

“Gravity Ghost” is one of 10 video games at the heart of the Napa Valley Museum’s exhibition “’Down the Rabbit Hole,” an exploration of independently produced games that opened Friday in Yountville and will be on display through January.