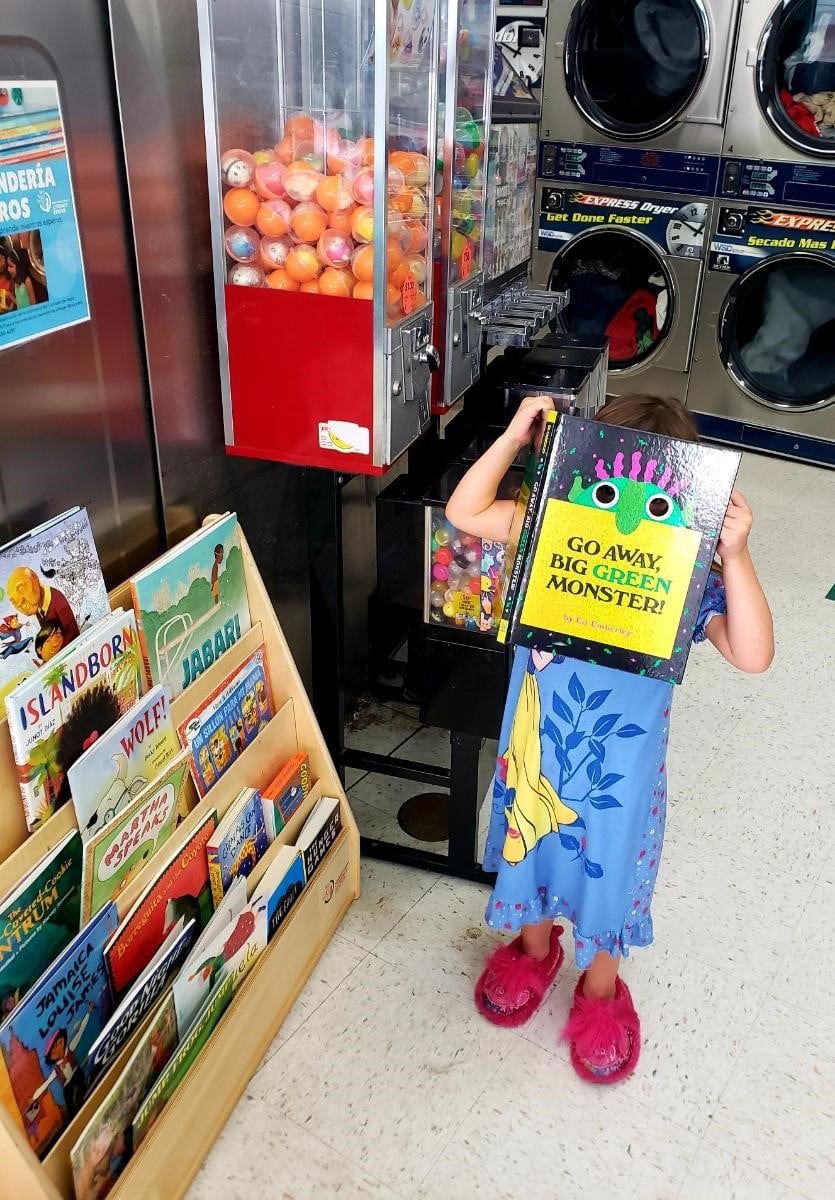 A young reader and books at a Napa library laundry. 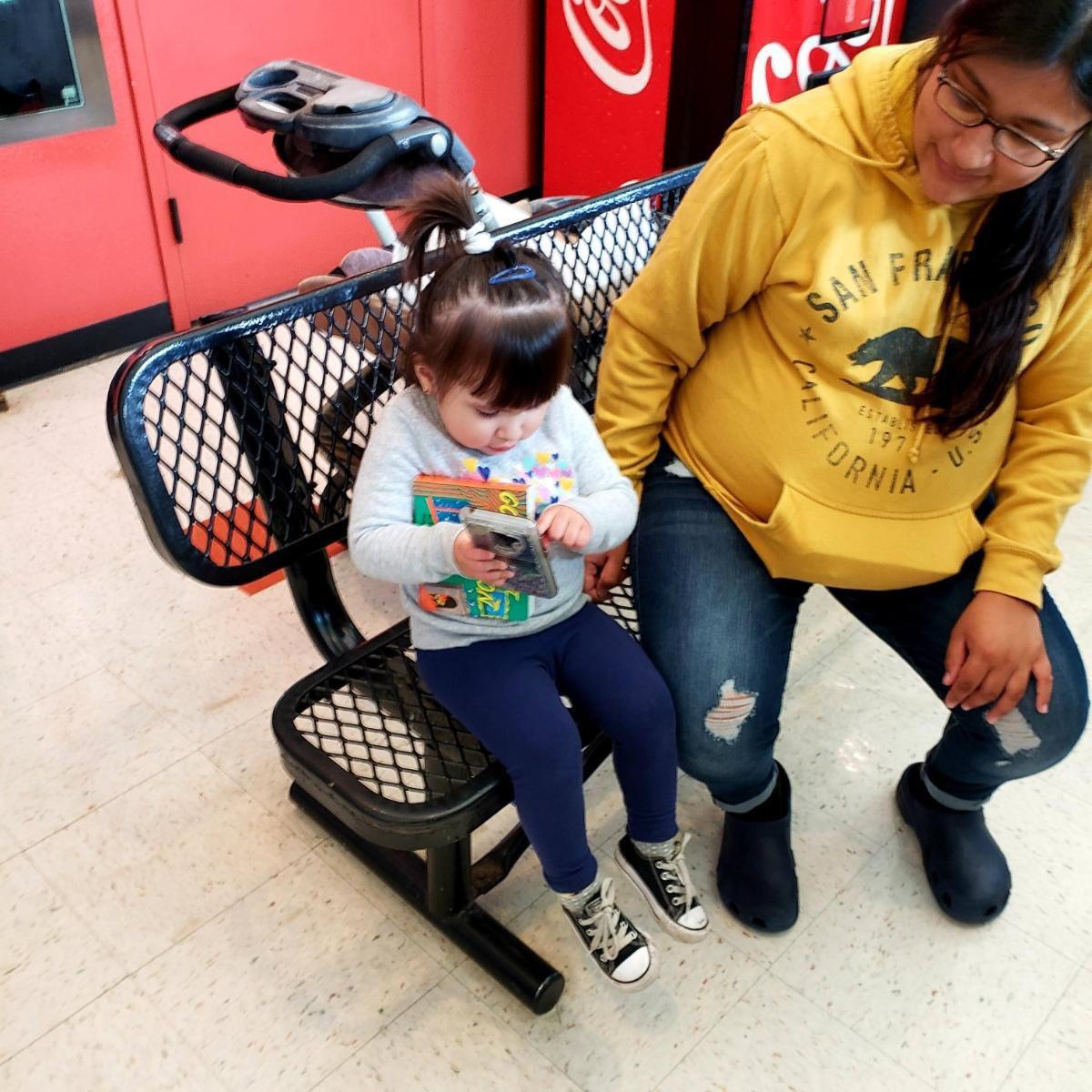 A handful of local laundromats are now offering something extra to go along with the spin and dry cycles.

The library has come to the laundromat.

Thanks to a California Library Literacy Services Family Literacy grant, the Napa library has installed children’s “libraries” inside two Napa laundromats. And more library laundries are on the way.

“It gets children and parents reading,” — another choice besides handing a child a cell phone to watch videos or play games.”

“It’s also a good way to reach out to Napans who may not be familiar with the library and its many programs and offerings.

“Also, most people stay within their own neighborhoods to do laundry so it’s a great way to encourage literacy within the local community,” said Rafael.

The books are set out by library staffers. More than 50 new and used children’s books have been placed at the two laundromats. The books don’t have library bar codes and aren’t meant to be checked out. They are meant to be used and read inside the laundromat.

Rafael said the library hasn’t had a problem with too many of the books disappearing.

“We encourage people to leave them at the laundromat,” she said.

There’s no cost or obligation to the business owners, said Rafael. She’s signed up two laundromats, both called Mi Familia Lavanderia, but a few others plan to join the program.

“We do all the work,” she said. “We set up the book racks. We come in and replenish the books.”

Eric Obranovich, vice president of operations at the Mi Familia organization, said that after hearing about the idea from the library, he agreed to join the program.

“It’s going real good,” said Obranovich. “As we are doing our daily tasks we see family members reading to their kids. It’s neat.”

Would he recommend the program to other business owners? “Absolutely,” he said.

“It’s good for the community. A lot of families come and do laundry together,” he said. Instead of looking at cellphones, “a story gets everybody together.”

Bob Micktavish is the new owner of Spin Cycle Wash & Dry at 2233 Brown St. He’s about to add library books at his business.

Micktavish already offers some toys and other items for kids to play with but “I think (books) would be a good thing for the laundromat,” he said.

He likes that the program is organized by the library.

“They will be proactive about what they put in there. I like partnering up with that instead of somebody who’s trying to sell books.”

“My intent with this is for the kids to read and have fun. And keep them from riding in my laundry carts,” he said with a laugh.

“We have five children and reading was a big thing for them,” Micktavish said. “I think a lot of people have gone away from that.

Many times when he visits the laundromat, he sees kids playing on their parents’ phones.

“That’s not going to end” unless you set up a library laundry, he said.

Micktavish even plans to remove an extra portable table to make room for a reading area. “I’m going to open up that area. I want to make it comfortable and inviting.”

Offering library books outside the library isn’t a new idea. The Napa County Library currently has a bike branch that can be seen at local gatherings and books at OLE Health and WIC offices and other county buildings.

Learning to read English? There's a Napa-produced newspaper just for you.

Coming to events near you: The Napa library's new 'bike branch'

For what's new at the Napa County Library, you can now check out the 'bike branch.'

With her husband out of work since January, Maria Ceja of Napa said Christmas would have been a much leaner affair this year without the help …

A young reader and books at a Napa library laundry.