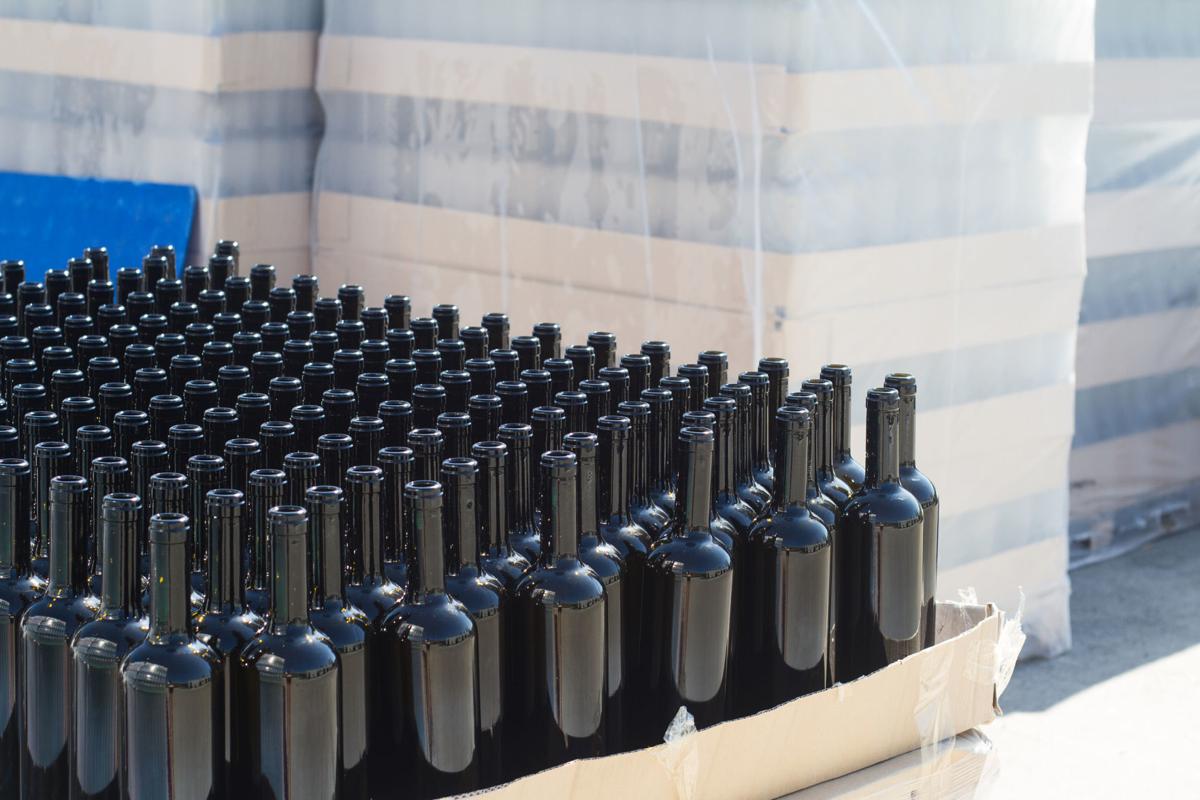 Wine - along with spirits and dairy - has historically been exempt from the state's mandated consumer deposit on recyclable items. Critics say it's an example of special interests dictating policy; supporters of the exemption say the program was not designed for heavy, bulky items like wine bottles. 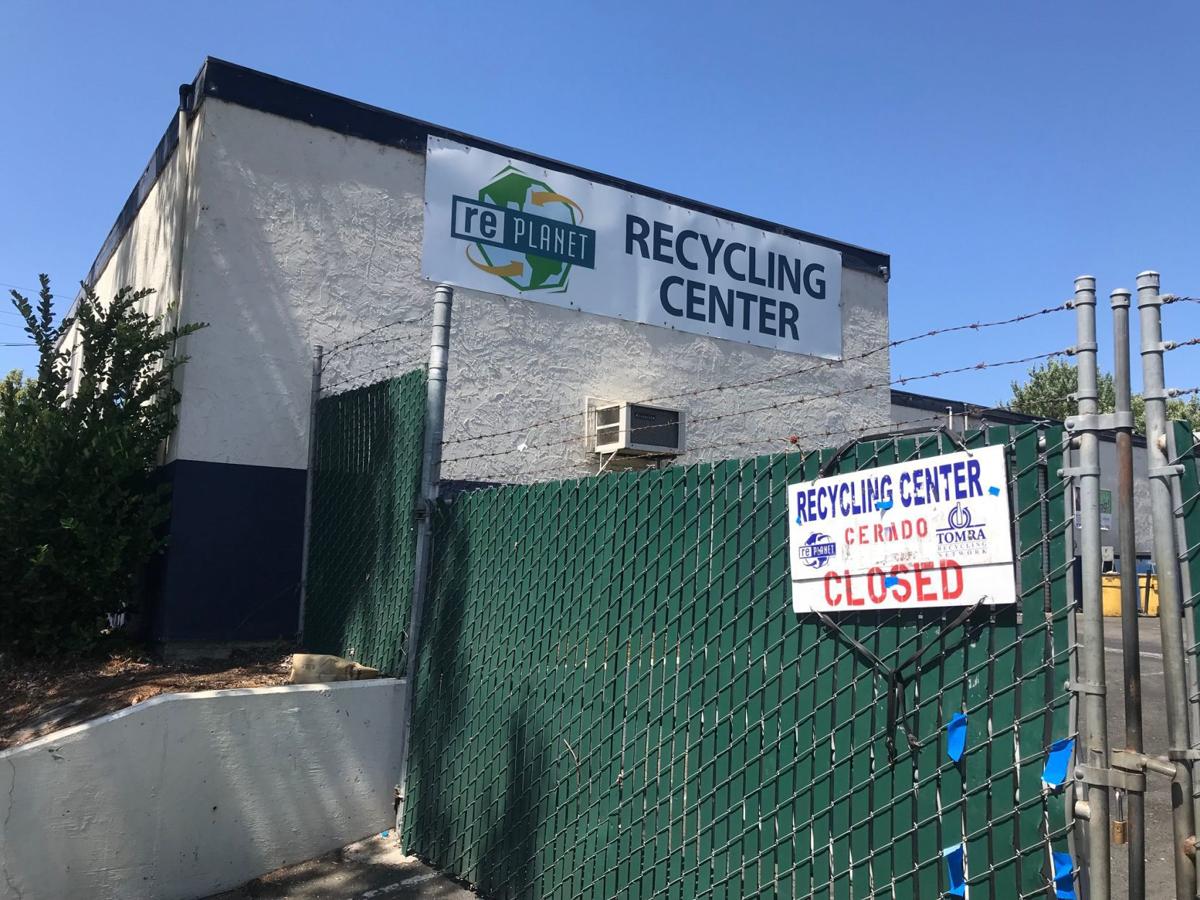 Downtown Napa’s only recycling redemption center, Replanet, closed in August of 2019. California's state-wide recycling programs have suffered in the wake of deflated markets for recyclables; one California state senate bill proposed adding the wine and spirits industry into the CRV program, which would boost the program's profits. Opponents say the boost would be at the expense of consumers.

Consumers might have seen the letters CRV printed at the bottom of beer and soda containers, water bottles or even cans of cold brew. But they’re not on wine bottles.

CRV stands for California Redemption Value; the letters denote a value of either 5 or 10 cents, depending on the size of container being purchased. CRV was instituted as a part of California’s Beverage Container Recycling and Litter Reduction Act that became a state law more than 30 years ago – it’s essentially a deposit consumers pay on recyclable goods. By taking those goods to a recycling or redemption center, consumers can get their 5 or 10 cents back.

Wine and spirits – along with dairy – have been exempted from CRV since the law’s creation in 1986. Critics say wine’s exemption is the result of fierce special interests lobbying by the industry; those in favor of the exemption say wine bottles aren’t meant for a program like CRV, and that the deposit would be harmful for wine and spirits consumers.

There are two recycling centers in Napa County, where wine is the predominant industry: Napa Recycling, which covers the greater Napa area and Upper Valley Disposal. Napa Recycling recycles 14,000 tons of glass each year, according to Recycling and Public Education Manager Tim Dewey-Mattia. He estimates that just under half of that amount – around 6,000 tons – comes from wineries.

Napa’s facilities are fortunate to have glass recycling capabilities; in other parts of the country, Dewey said, glass bottles placed in recycling won’t actually end up recycled. He cites a nation-wide deflation in the recycling market after China, the United States’ biggest buyer of recycled goods, pulled back.

“You see other communities cutting out glass from their recycling because it’s not economically feasible,” Dewey-Mattia added. He noted that’s less the case in California, where there are strong recycling mandates.

Still, California’s recycling program has suffered since losing China as a buyer of American recyclables. In the wake of low recycling rates and the deflated market, California last year lost almost a fifth of its redemption centers, places where consumers could return eligible items and thus have deposits returned. (Redemption centers are funded by the portion of deposits not claimed by consumers).

“We’ve seen double the amount of traffic going through (our buyback center) since that closure,” Dewey-Mattia said. “There’s also a small (buyback) facility on Solano Avenue, and they’ve been slammed.”

It’s unfortunate, he added. The closure “impacts a certain community” that Dewey-Mattia said is “generally lower income.” The loss of buyback centers is to be most likely felt by individuals who rely on those deposits for extra income, he said.

The closure of the centers is just one marker of California’s struggling beverage container redemption programs. How to solve this problem has become a point of contention.

California state Sen, Bob Wieckowski, D-Fremont, has said adding the wine and spirits industries to the CRV program could be the fix. In early 2019, he introduced Senate Bill 372, which would have made sweeping changes to the state’s existing recycling program. SB 372 proposed creating an extended producer responsibility system, making industries, not the state, responsibility for recycling programs,

The bill, strongly opposed by the wine industry, failed on the state Senate floor on Thursday afternoon. It would have made the wine and spirits industries CRV-eligible; it also would have required wineries acting as their own distributors to act as buyback centers and play a central role in administering the state’s recycling program.

Derek Chernow, chief of staff for Wieckowski, said the wine industry’s exemption from the bottle bill meant wineries “weren’t paying into the system.” That hurts not just the state’s recycling program but the wineries themselves, Chernow added, noting that new glass containers manufactured in California must include 35 percent recycled glass.

“(Wineries) complain there’s not enough clean cullet in the system,” he said, referring to pieces of recyclable glass. He did not mention any wineries by name. “They’re hurting themselves while claiming to be good stewards of the environment.”

The Wine Institute, a 1,000 member advocacy group for California’s wineries, openly opposed the bill; they also opposed a previous version of the bill, SB 168, which Wieckowski attempted to pass in 2017.

Tim Schmelzer, vice president of California State Relations for The Wine Institute, said the group did not know the rate at which wine bottles are recycled in California. He cited hearing estimates ranging from just under 50 percent to as high as 70 percent.

He said another point of contention within the industry was the bill’s potentially disproportionate impact on small (and thus likely family-owned) wineries, many of whom could have been considered distributors under the new bill and thus would have been partially responsible for the administration of the state’s recycling program. That could strain resources, Schmelzer said, and non-compliance would have resulted in the loss of businesses.

“I brought that issue up in 2017, and the author seemed to agree with my assessment and wanted to amend the bill,” Schmelzer said of Wieckowski. He said he did not believe this iteration of the bill adequately addressed that concern.

But wine industry’s potential to reinvigorate the state’s struggling recycling program has not gone overlooked. SB 372 advocates estimated that the dual addition of wine and spirits to the CRV program could add something like $90 million into the system, according to Chernow – a huge push for the cash-strapped recycling industry.

Chernow also pointed to Oregon – upon whose extended producer responsibility recycling system SB 372 was based. At 90 percent, according to Oregon Public Broadcasting, the state has a higher beverage container recycling rate than does California, where the redemption rate is around 76 percent, the Daily News reported.

“They would be a significant addition to the program,” Chernow said, of wine and spirits. He voiced frustration at the wine industry’s continual opposition to their inclusion in CRV. “They’ll admit the program is broken, but refuse to be part of the solution.”

“I’m not sure which comes first,” Pestoni said, of the choice between increasing revenue via wine and spirits and fixing the system. She noted The Wine Institute’s support for curbside recycling, and added that wineries also work with Upper Valley via commercial recycling programs.

The California Refuse Recycling Council Northern District, a trade association of which both Upper Valley and Napa Recycling are members, on Monday sent the state Senate a letter expressing their opposition to SB 372, citing the existing success of the state’s Bottle Container Recycling Act. The 76 percent redemption rate makes the program one of the state’s most successful, the letter said.

The letter made no mention of the wine industry specifically.

Schmelzer said a CRV deposit on wine bottles would ultimately prove a burden on the industry’s consumers. He also noted that even Oregon’s extended producer responsibility recycling program, off of which SB 372 is based, does not include wine or spirits.

“I understand the argument – hey, wine needs some skin in the game to get products recycled,” Schmelzer said. “I can envision the industry helping to finance improved recycling infrastructure, but through the redemption program – I’d have a hard time believing we’ll ever get there.”

The county is moving ahead with winery streamlining, even as an environmental group expresses concerns.

Chris Rogalla is a member of Napa's wine industry. He's a candlemaker.

Barrel company with address in Napa is alleged scam

A debate is underway over how to best curb emissions from fermenting grapes that contribute to ozone.

Wine - along with spirits and dairy - has historically been exempt from the state's mandated consumer deposit on recyclable items. Critics say it's an example of special interests dictating policy; supporters of the exemption say the program was not designed for heavy, bulky items like wine bottles.

Downtown Napa’s only recycling redemption center, Replanet, closed in August of 2019. California's state-wide recycling programs have suffered in the wake of deflated markets for recyclables; one California state senate bill proposed adding the wine and spirits industry into the CRV program, which would boost the program's profits. Opponents say the boost would be at the expense of consumers.