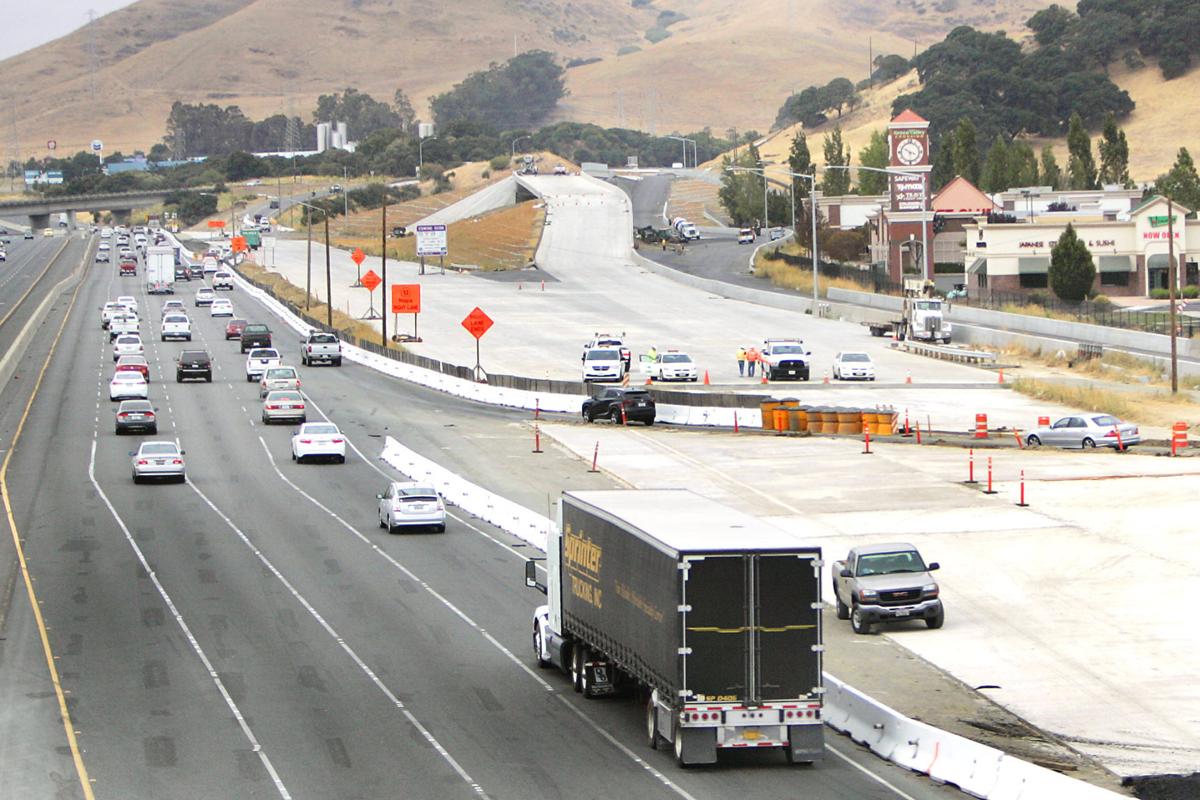 Work on the westbound Highway 12 entrance from I-80 in Solano County is almost done and is to open in phases starting this month. Highway 12 through Jameson Canyon is a major link between the Central Valley and Napa County. 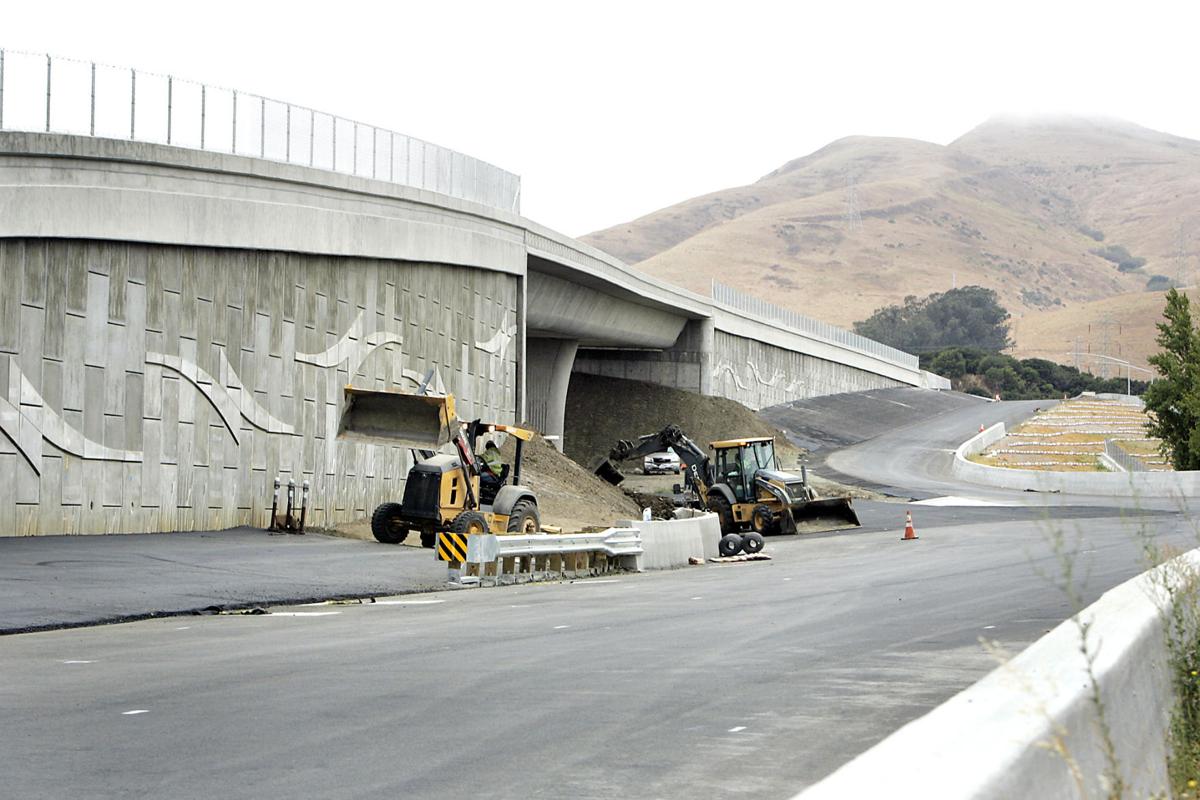 A reconfigured entrance to westbound Highway 12 in Solano County will use a bridge to separate conflicting traffic streams. The project is near completion.

A major Interstate 80 connection with Highway 12 – one leading to the Jameson Canyon route into Napa County – is seeing changes on a grand scale that are nearing completion.

Work is being done at Fairfield in Solano County and involves the ramps linking westbound I-80 to westbound Highway 12. A $67 million construction project is creating a whole, new look that could debut in phases starting in late August.

But this complex project is designed to make life simpler – and safer – for drivers heading from the Central Valley to wine country and other North Bay destinations.

The existing setup on westbound I-80 results in an array of driver movements at the Highway 12 interchange. Drivers entering I-80 from Green Valley Road and drivers exiting I-80 onto Highway 12 maneuver over about a half-mile to exchange lanes.

Once the new project is completed, the various traffic streams will be separated. New ramps, a reconfigured Green Valley interchange, a relocated stretch of westbound I-80 and a bridge structure are all part of the plan.

Jacala said the new ramp leading from westbound I-80 to westbound Highway 12 – and Napa – could open to traffic by the end of August. Other components of the project will open in subsequent months.

The groundbreaking for the project took place in June 2014.

Geoffrey Wilcox is waiting for the project to be finished. He commutes from Green Valley in Fairfield through Jameson Canyon on Highway 12 to his job in the Napa County airport industrial area.

He’s long had to endure the conflicting traffic streams on I-80 near the Solano County entrance to Jameson Canyon. Adding to the difficulties over the past two years have been the K-rail, lane line shifts and other inconveniences associated with a construction zone.

Meanwhile, he’s seen the future I-80 connection with Highway 12 taking shape nearby, as much as he can take in while concentrating on driving. As Jacala says, it’s a complex picture and it’s hard to decipher in a glance.

“It looks like it’s going to do something cool,” Wilcox said, but added he hasn’t yet figured out who will take what lanes to go to various destinations.

A ribbon-cutting ceremony for the project is to take place on Tuesday. Then construction workers will continue their labors to finish the project. Timing for the ceremony and the grand opening to the public haven’t meshed.

“It’s been a moving target since we chose a date for the ribbon cutting,” Jacala said.

But the end is in sight – for this particular project, at least.

The project is Part One of a seven-part vision for the Solano County entrance to Jameson Canyon. Plans call for moving the busy Interstates 80 and 680 interchange to this location and merging it with a new Highway 12 interchange.

Building this entire package could cost more than $740 million. The bulk of the money has yet to be found.

For Napa County drivers, a key component will be building a new ramp carrying eastbound Highway 12 traffic to eastbound I-80 heading toward Fairfield, Vacaville and Sacramento. The two eastbound lanes of Highway 12 merge into one lane as they leave Jameson Canyon, leading to congestion.

But that’s another project for another day.

Jennifer Tydingco commutes to Napa from Vacaville. It takes her about 45 minutes to go to work in the morning through Highway 12/Jameson Canyo…

Work on the westbound Highway 12 entrance from I-80 in Solano County is almost done and is to open in phases starting this month. Highway 12 through Jameson Canyon is a major link between the Central Valley and Napa County.

A reconfigured entrance to westbound Highway 12 in Solano County will use a bridge to separate conflicting traffic streams. The project is near completion.