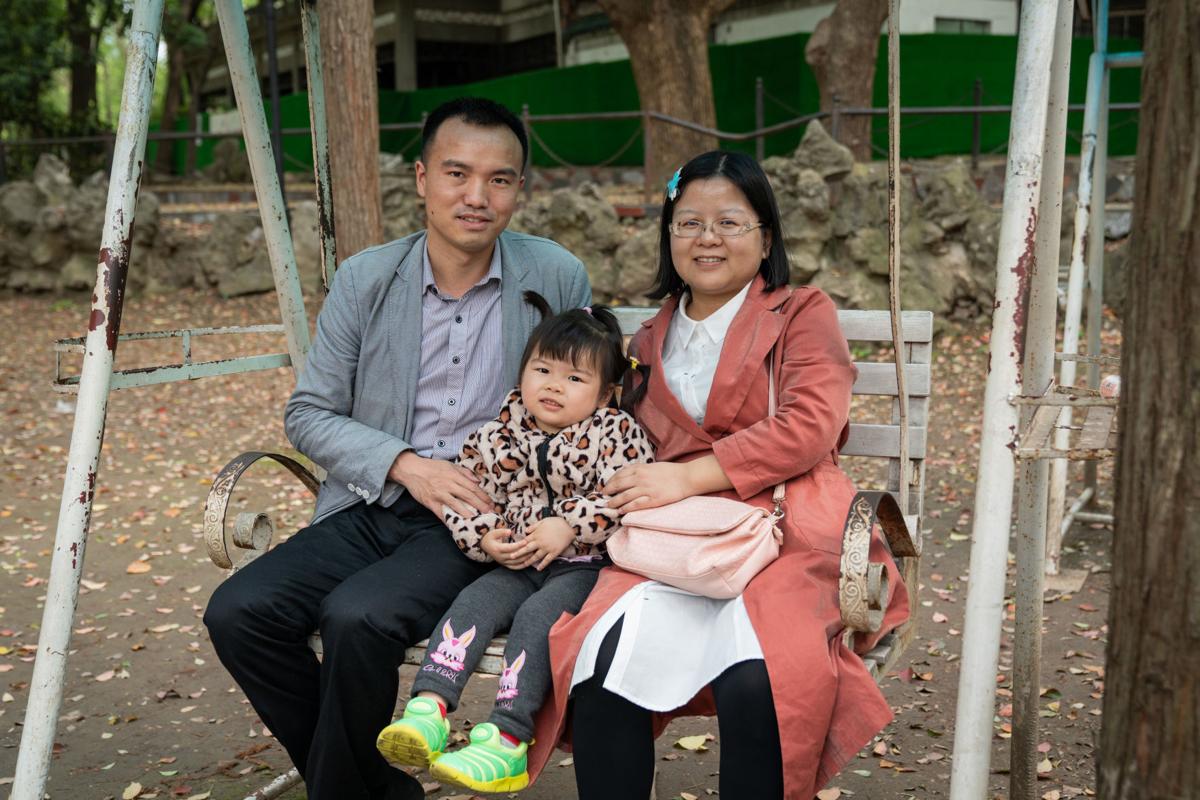 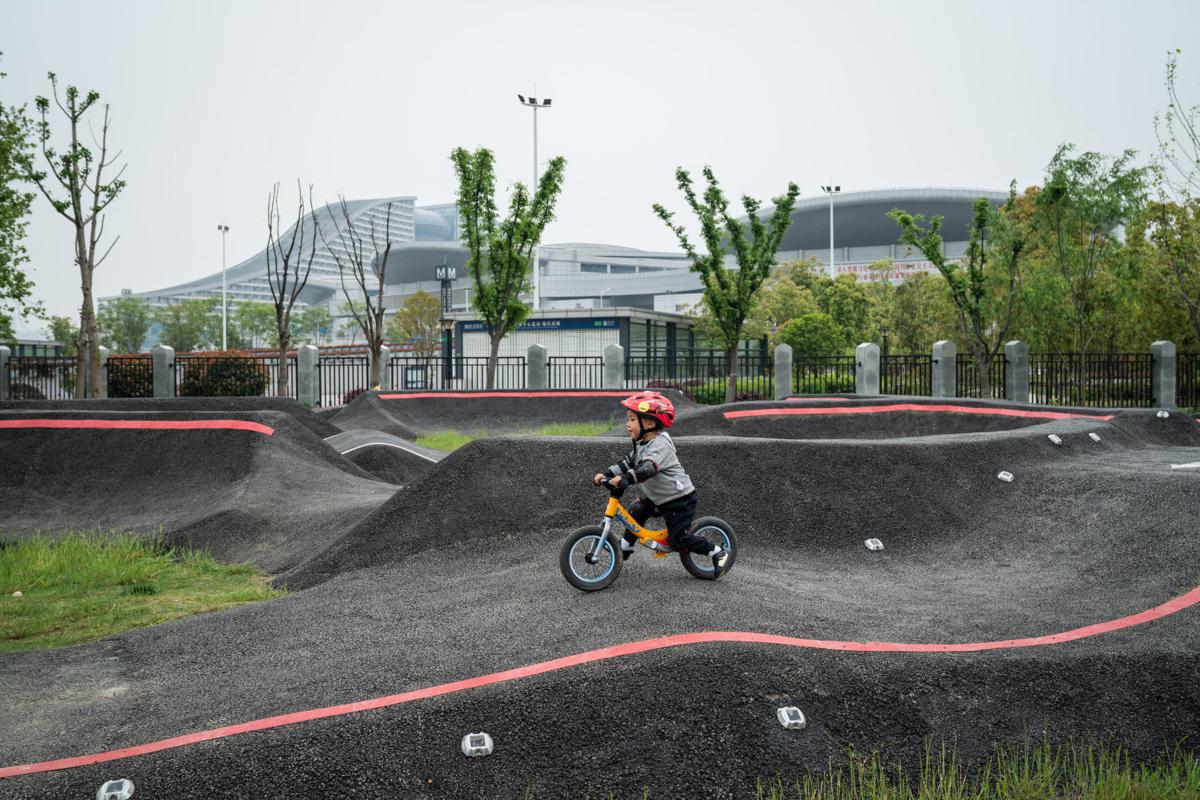 Two-year-old Xiao Kaixi rides a balance bike in Wuhan, China, on April 13, 2019. Years after the country abolished its one-child policy, many couples are reluctant to expand their families. 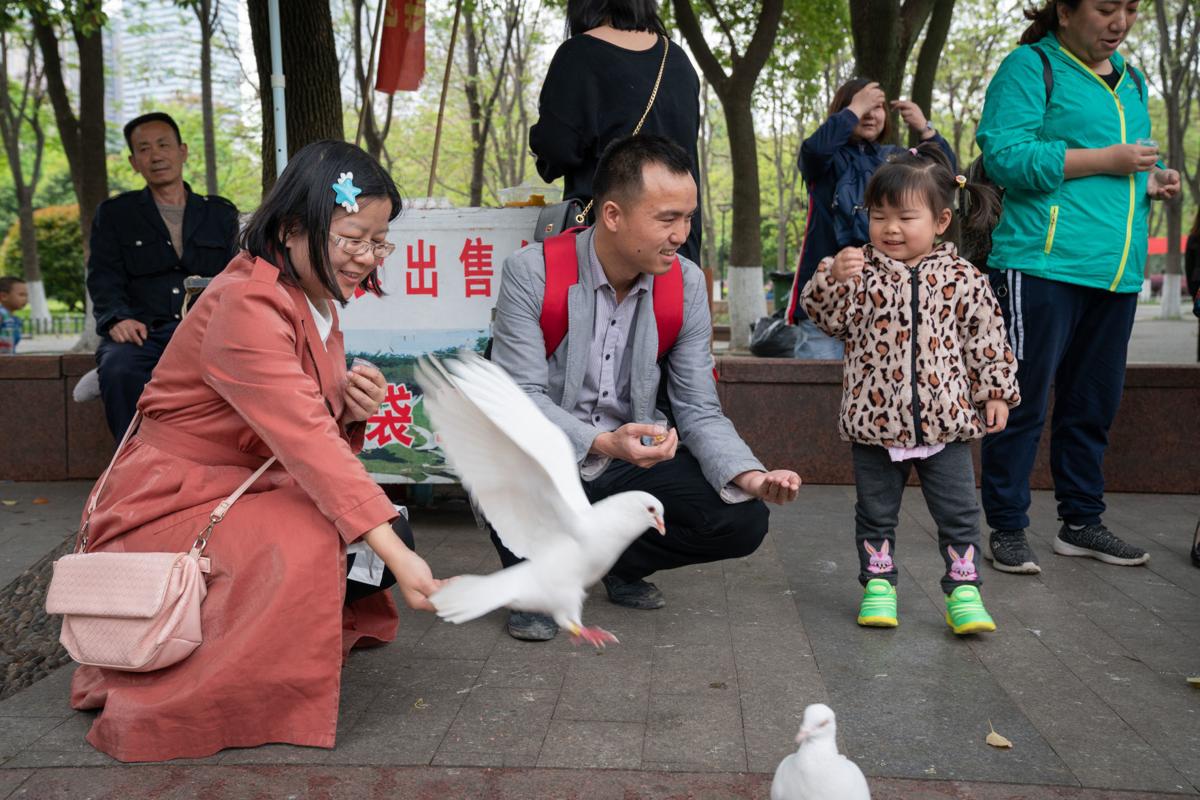 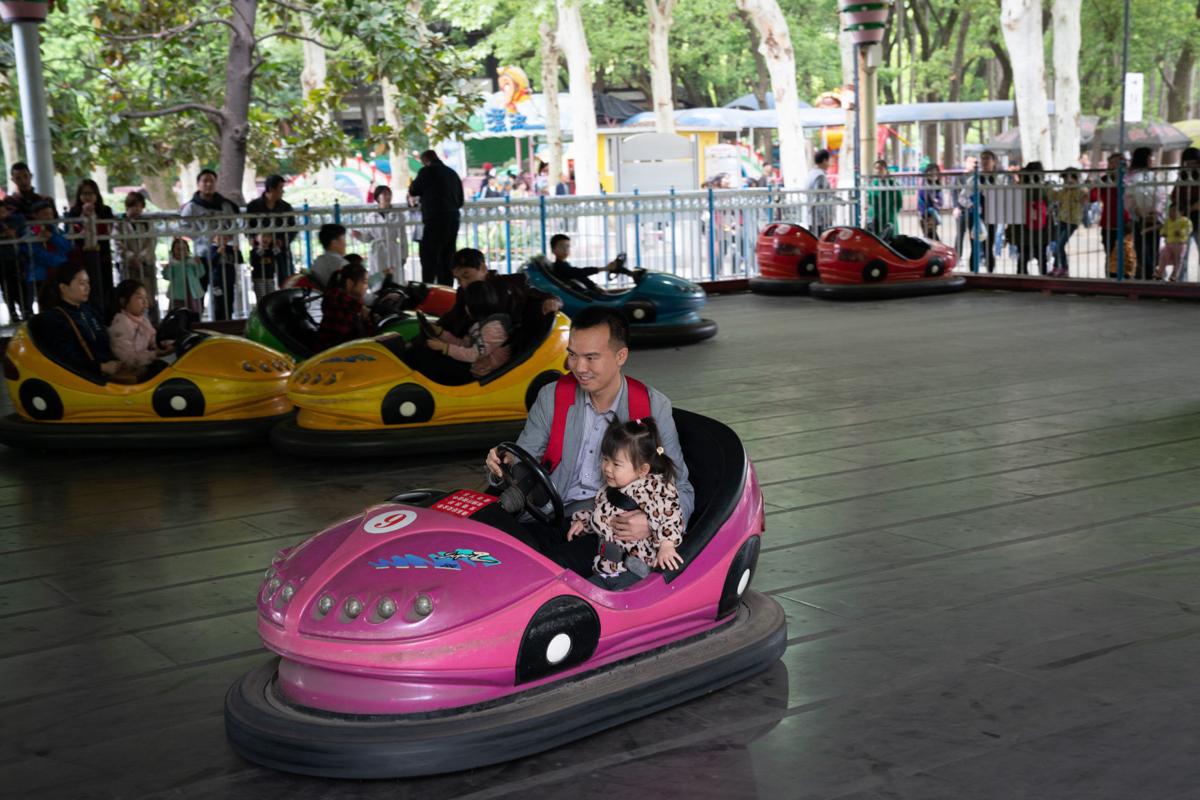 Zhang Yuewei and her father, Zhang Dongyuan drive a bumper car in an amusement park in Wuhan, China, on April 14, 2019. 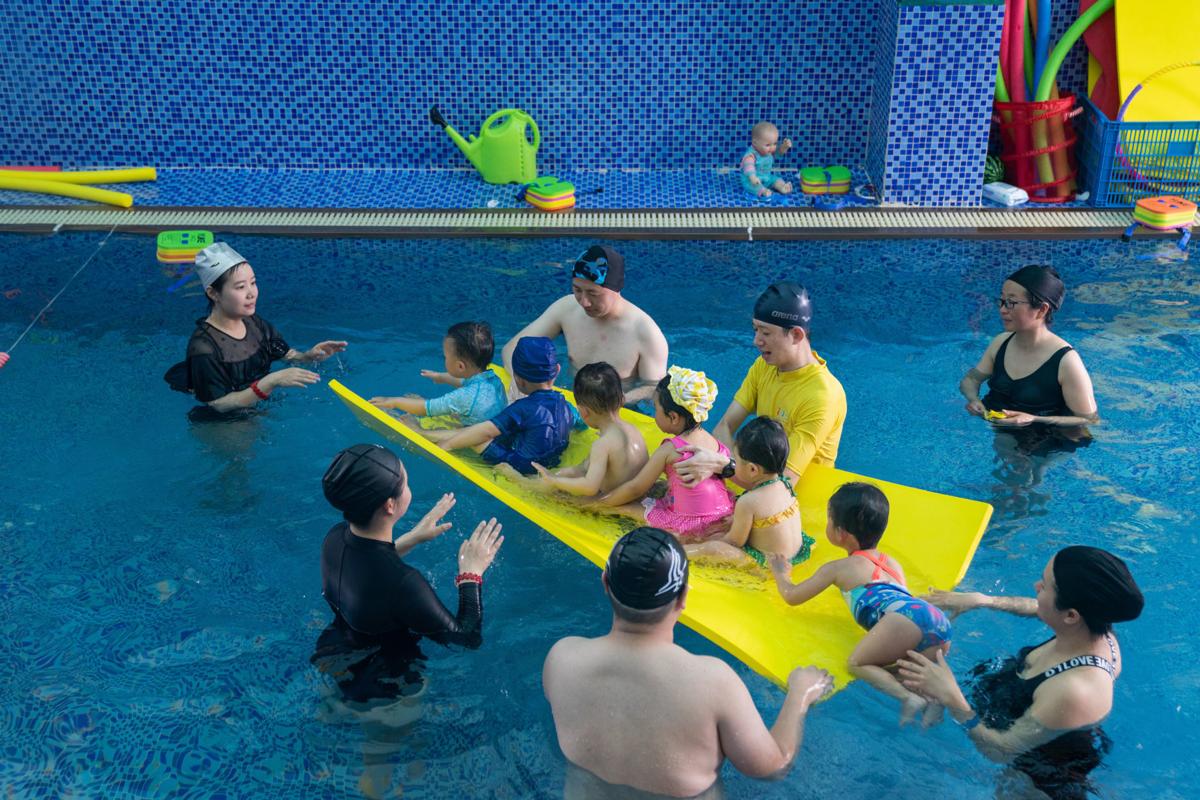 Zhou Jing, far left, attends a swimming class with son Xiao Kaixi, in front on the floating mat, on April 13, 2019, in Wuhan, China. 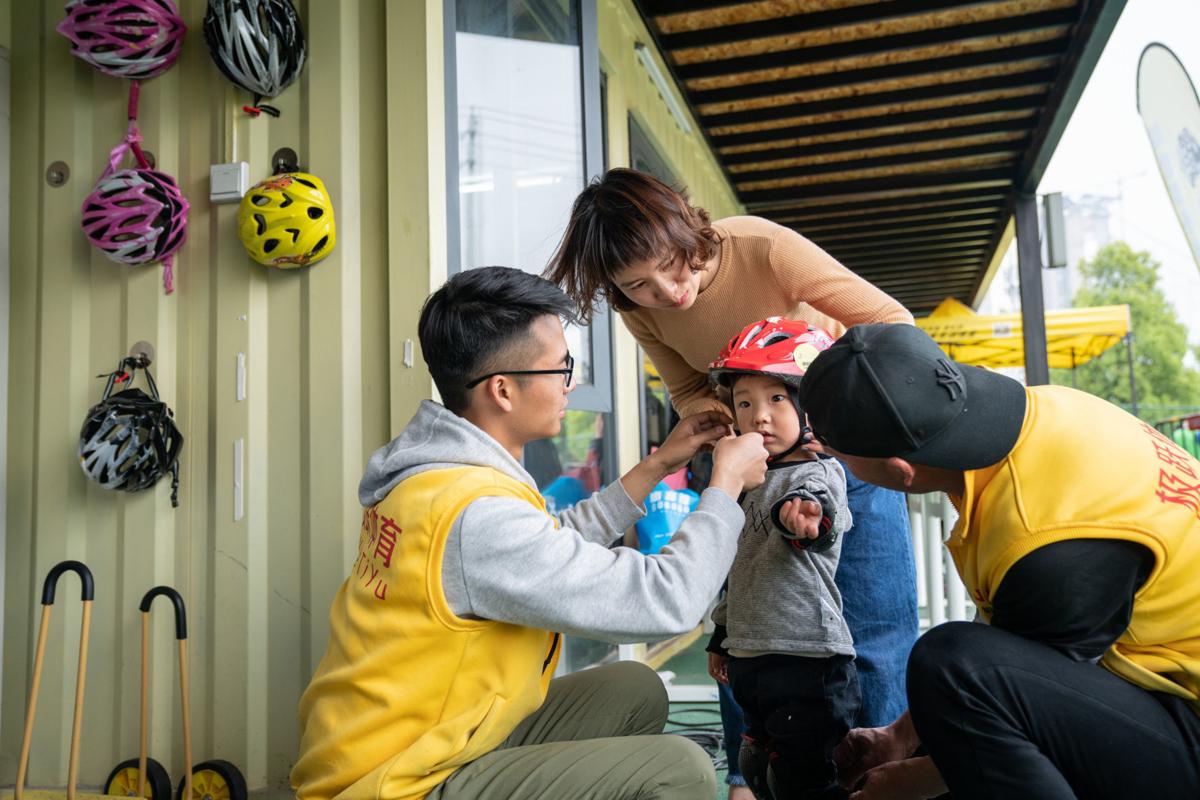 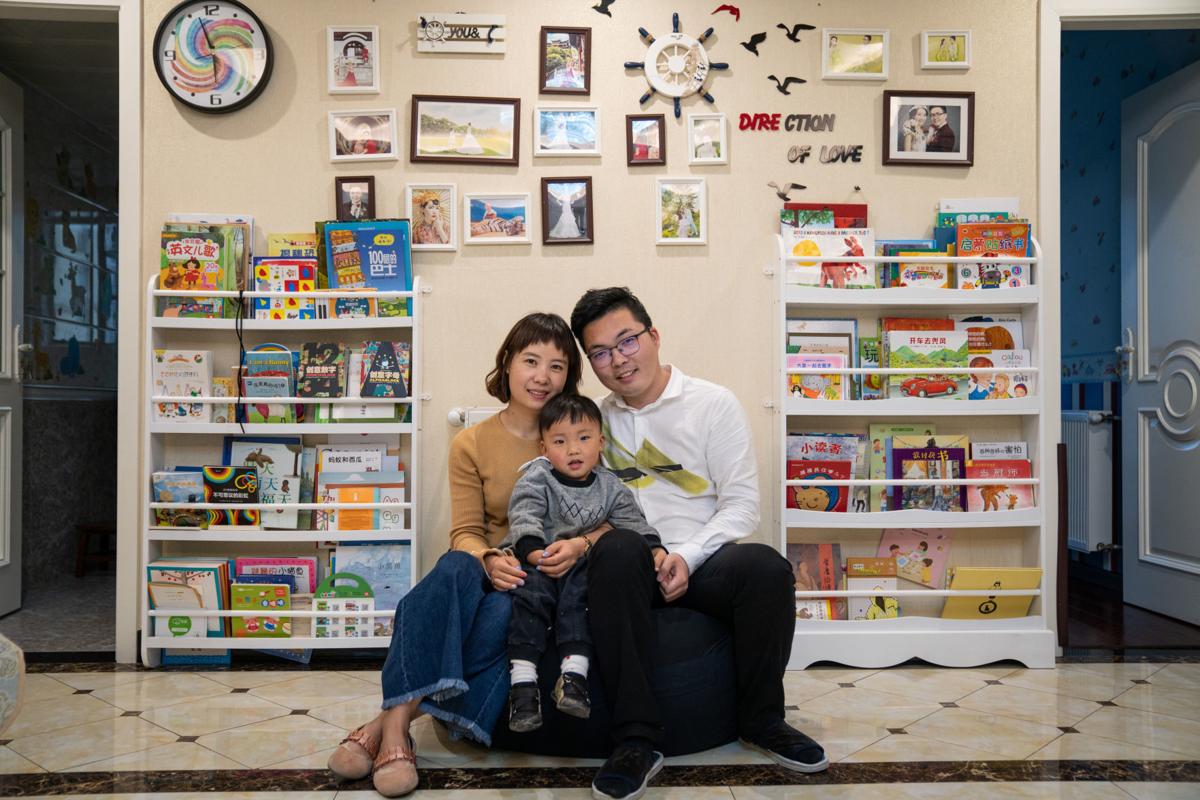 NANCHUAN, China—When she started her job nine years ago, Liu Fang’s work involved making sure the women from her village did not have unauthorized babies.

If they had a girl or a disabled child, they were allowed another chance. If they already had two children or a boy, Liu handed out condoms and urged the women to get an intrauterine device. If they got pregnant again, she would encourage them to have an abortion.

Her job performance was evaluated by the number of births in her district—the fewer, the better.

Today, her job could hardly be more different. After the Chinese government abandoned its one-child policy three years ago, Liu’s mandate has changed from making sure local women don’t have too many babies to actively encouraging them to have more.

There’s just one problem: Now, most people don’t want to have more than one child anymore.

“Raising a child just costs too much,” Liu said with an air of resignation.

For 36 years, the ruling Communist Party enforced an extreme form of social engineering to regulate birthrates. It was part of a strategy to simultaneously grow the economy and improve living standards. It was easier to increase income per head, the policymakers decided, when there weren’t so many heads.

Across China, propaganda slogans carried messages such as: “If you want to become rich quickly, have fewer children.”

Although it was commonly known as the one-child policy, it was, in fact, more of a 1.5-child policy. In the countryside, where children had long been necessary to help with farm work, couples were allowed to try again if their first child wasn’t an able-bodied boy.

The policy was applied more strictly in the cities, where property and school spaces came at a premium.

Additional children would not be allowed to go to public school or receive public health care. There have been almost 400 million abortions in China since the one-child policy was introduced in 1980, according to health commission statistics.

But it worked too well.

China’s population is forecast to peak at 1.45 billion as early as 2027, then slump for several decades. By 2050, about one-third of the population will be over the age of 65, and the number of working-age people is forecast to fall precipitously. Who will power the economy? Who will look after the elderly? Who will pay the taxes to fund their pensions?

Where China once blamed all its problems on having too many people, it is now facing new problems associated with having too few young people.

The significance of a Chinese population that has started to decline and is rapidly aging cannot be overestimated, said Yi Fuxian, a researcher at the University of Wisconsin at Madison.

“A great nation with thousands of years of history and a brilliant civilization is rapidly degenerating into a small group of the old and the weak thanks to these wrongheaded population-control policies,” he said.

Authorities in Beijing have come to the same conclusion—although they have not expressed it in the same terms—and done a sharp about-turn. They moved to a two-child policy in 2016, then last year they suggested they would drop limits all together.

Where they were once told it was a couple’s patriotic duty to have only one child, now good Chinese people should have at least two.

“To put it frankly, giving birth is not only a family matter but also a national issue,” read a commentary last year in the People’s Daily, the newspaper of the ruling Communist Party. “Not wanting to have kids is just a lifestyle of passively giving in to society’s pressures.”

But it turns out that government policies have little influence on procreation in modern China.

The country’s family-planning authority had forecast 20 million births in 2018, anticipating a baby boom after the end of the one-child policy. Instead, there were only 15.23 million births in China last year, a whopping 2 million fewer than in the previous year.

It all comes down to the economy.

As China has transformed, living costs have skyrocketed, especially in the big cities, and long work hours have become the norm. The 20-somethings of today, knowing their quality of life is better than their parents’ generation, want their children to experience a similar leap in living standards.

“All of us want another child. We want someone to keep him company,” said Zhou Jing, 29, a mother in Wuhan, the capital of Hubei province. Her 2-year-old son Xiao Kaixi, nicknamed Liuliu, was ricocheting around a bright children’s recreation center, where he had just finished a $30 class conducted in English.

Some parents spend $15,000 a year bringing their toddlers to English, piano, dance, art and gymnastic classes, the manager said, noting that Wuhan isn’t Beijing or Shanghai.

Despite her means, Zhou worries about the economy. She and her husband run a T-shirt business, and it has not been stable.

“If we have a second child and our business is not good, our quality of our life will go down, and I won’t be able to offer such good things for both of them,” she said. “Plus, it will be harder for me to go to work with two.”

Many Chinese parents prefer to channel all of their resources into just one child.

Wang Feng, a sociologist at the University of California at Irvine, said many Chinese parents have one goal in mind: “Wanting their children to move up the social ladder, or at least not get stuck.”

“It’s not that people can’t feed their children. It’s how can that child be ‘successful’ and have a better life,” he said. “Everything becomes a rat race.”

It starts at a young age.

Zeng Yulin, 32 who has a master’s degree in international economics, takes her almost-4-year-old daughter Yuewei to art classes and skating classes twice a week. Then there are the singing classes and the public-speaking lessons. In addition, Zeng will teach her English at home.

“I just hope she can maintain my level, my standard of living,” Zeng said, sitting on the floor of the center’s library. “If she has a chance, I hope she can progress.”

Zeng’s husband, who works in the construction business, wants more children, but she told him he doesn’t earn enough.

Zhou and Zeng feelings are representative of a broader sentiment. In a 2017 survey of working mothers by zhaopin.com, one of China’s biggest job websites, only 22.5 percent said they wanted a second child. Nearly three times that number said they did not want more than one.

Realizing their policy prescriptions are not having the desired effect, China’s leaders have gone back to the drawing board.

At the National People’s Congress in March, a gathering of representatives from around the country, one deputy suggested the legal marriage age should be lowered by two years—to 20 for men and 18 for women. Another proposed that families who have a second child should receive a special allowance for living expenses. Yet another suggested the creation of a new public holiday, “Chinese Babies’ Day,” on May 28.

Some have even promoted taxing or otherwise penalizing couples who do not have children. Women worry that abortion may become restricted.

Provincial authorities are also taking measures into their own hands. Hubei, which includes Wuhan and Nanchuan, is considered one of the most forward-thinking provinces in terms of baby promotion. It has built more than 2,500 nursing rooms. Some cities will deliver a second baby free, and others pay a onetime bonus of $180 for a second child.

Liu cannot even persuade Tang Xu, a local Communist Party official, to have a second child.

“She tells me that the nation has a new policy, but having children is so expensive,” he said.

Because it is not enough for Chinese parents to pour their earnings into art classes, piano lessons and later cram schools, they also usually buy a house for their son, who is expected to carry on the family line and look after them in their old age. Daughters are considered to belong to the families they marry into.

The idea of having to buy two additional properties is a good contraceptive.

“In China, if you don’t buy a house for him, he will not have a wife,” said Mrs. Zhang, who was driving a taxi to help earn money to buy her 20-something son an apartment but did not feel comfortable giving her full name.

Having two children is, she added, using a Chinese idiom, “like peeling off your skin.”

The Washington Post’s Liu Yang contributed to this report.

Two-year-old Xiao Kaixi rides a balance bike in Wuhan, China, on April 13, 2019. Years after the country abolished its one-child policy, many couples are reluctant to expand their families.

Zhang Yuewei and her father, Zhang Dongyuan drive a bumper car in an amusement park in Wuhan, China, on April 14, 2019.

Zhou Jing, far left, attends a swimming class with son Xiao Kaixi, in front on the floating mat, on April 13, 2019, in Wuhan, China.