Here's a look at trending stories for today, Sept. 19:

A magnitude 7.6 earthquake shook Mexico's central Pacific coast on Monday, killing at least one person and setting off a seismic alarm in the rattled capital on the anniversary of two earlier devastating quakes.

There were at least some early reports of damage to buildings from the quake, which hit at 1:05 p.m. local time, according to the U.S. Geologic Survey, which had initially put the magnitude at 7.5.

It said the quake was centered 37 kilometers (23 miles) southeast of Aquila near the boundary of Colima and Michoacan states and at a depth of 15.1 kilometers (9.4 miles).

Read more about it here:

A judge on Monday approved a motion by prosecutors to vacate the murder conviction of Adnan Syed, the subject of the first season of the popular "Serial" podcast, who has maintained he is innocent in the 1999 slaying of his ex-girlfriend.

Baltimore prosecutors filed the motion last week asking for a new trial for Syed, who has been serving a life sentence after he was convicted of first-degree murder, robbery, kidnapping and false imprisonment in connection to the killing of Hae Min Lee.

In explaining her decision to vacate, Baltimore City Circuit Judge Melissa Phinn cited material in the state investigation ​that was not properly turned over to defense attorneys​.

Police in Las Vegas said Monday they’re investigating allegations that a fan in the stands struck Cardinals quarterback Kyler Murray amid celebrations of Arizona’s 29-23 overtime victory over the Raiders.

Murray was high-fiving front-row spectators at Allegiant Stadium following Byron Murphy Jr.’s game-ending fumble return on Sunday when a man appeared to reach out and smack Murray in the face with an open hand.

Video showed Murray appear stunned, but not injured, then attempt to identify the attacker in the mostly happy crowd.

Queen put to rest with Philip, her parents in Windsor

US contractor freed by Taliban in swap for drug trafficker

An American contractor held hostage in Afghanistan for more than two years by the Taliban has been released. The White House and family members said Monday his release came in an exchange for a convicted Taliban drug lord jailed in the United States. Mark Frerichs, a Navy veteran who spent more than a decade in Afghanistan as a civilian contractor, was abducted in January 2020 and is believed to have been held since then by the Taliban-linked Haqqani network. Negotiations for his release centered on a deal that also included the release of Bashir Noorzai, a notorious drug lord and member of the Taliban.

Queen Elizabeth II mourned by Britain and world at funeral

Britain and the world said farewell to Queen Elizabeth II with pomp and pageantry. Crowds massed in the streets of London and at Windsor Castle to honor a monarch whose 70-year reign defined an era. The first state funeral since Winston Churchill’s drew world leaders and other royalty. Before the service, a bell tolled 96 times for each year of Elizabeth’s life. Royal Navy sailors pulled a gun carriage carrying her flag-draped coffin to Westminster Abbey before pallbearers carried it inside. Atop the coffin was a handwritten note from King Charles III. After a committal service at a chapel in Windsor Castle, the coffin was lowered into the royal vault.

Hurricane Fiona is bearing down on the Dominican Republic after knocking out the power grid and unleashing floods and landslides in Puerto Rico, where the governor said the damage was “catastrophic.” No deaths have been reported, but authorities in the U.S. territory said it was too early to estimate the damage from a storm that was still forecast to unleash torrential rain across Puerto Rico on Monday. Up to 30 inches was forecast for the island’s eastern and southern regions. Ernesto Morales, a meteorologist with the National Weather Service in San Juan, said: “It’s important people understand that this is not over.” He said flooding has reached “historic levels."

President Joe Biden says the discovery of top-secret documents at former President Donald Trump’s Mar-a-Lago estate raised concerns that sensitive data was compromised and calls it “irresponsible.” In an interview with CBS’ “60 Minutes” that aired Sunday, Biden says he has not asked for any specifics “because I don’t want to get myself in the middle of whether or not the Justice Department should move or not move on certain actions they could take.” The FBI served a court-authorized search warrant at Trump's Florida home on Aug. 8. Agents took about 11,000 documents, including roughly 100 with classification markings found in a storage room and an office.

Biden: US would defend Taiwan against Chinese invasion

China has criticized President Joe Biden’s statement that American forces would defend Taiwan if Beijing tries to invade as a violation of U.S. commitments about the self-ruled island. Beijing gave no indication of possible retaliation. Biden said “yes” when asked during an interview broadcast Sunday on CBS News’s “60 Minutes” program whether U.S. forces would defend Taiwan in the event of a Chinese invasion. The comment added to displays of official American support for the island democracy in the face of growing shows of force by the mainland’s ruling Communist Party, which claims Taiwan as part of its territory. China's Foreign Ministry said the U.S. remarks violate Washington’s commitment not to support formal independence for Taiwan, a step Beijing has said would lead to war.

Call it a Comeback Sunday the NFL hasn’t seen in years. The Dolphins and Cardinals made history by overcoming 20-point halftime deficits to win on the same day while the Jets rallied from a 13-point deficit in the final two minutes. Two other teams almost joined the club. The Falcons fought back from a 28-3 third-quarter deficit only to fall short against the defending Super Bowl champion Los Angeles Rams. Joe Burrow helped the Cincinnati Bengals erase a 17-3 halftime deficit in Dallas but Brett Maher kicked a 50-yard field goal as time expired to give the Cowboys a 20-17 win.

Chelsea Gray scored 20 points to lead the Las Vegas Aces to their first WNBA title in a 78-71 road win over the Connecticut Sun in Game 4. Gray went 9 of 13 from the floor, and was named MVP after averaging 18 points over the run. The Aces improved to 4-0 in this year’s playoffs with two days rest. Riquna Williams added 17 points Kelsey Plum added 16 points for the Aces, Jackie Young had 13 and league MVP A’ja Wilson added 11 points to go with 14 rebounds. It’s the first major pro sports title for a team from Las Vegas.

California authorities say an abducted 15-year-old girl and her father — a fugitive wanted in the death of the teen’s mother — were killed in a shootout with law enforcement.

The powerful storm, which will be one of the costliest hurricanes ever to hit the U.S., has terrorized people for much of the week. Plus, our weather podcast's experts explain why hurricane season is taking off.

More than 300 were taken to hospitals after fights broke out. In the U.S., hurricane experts question whether islanders should even try to rebuild as storms get stronger and deadlier each year. See the latest photos in our news roundup.

Biden asks if congresswoman who died in crash is at conference

President Joe Biden on Wednesday asked if Indiana GOP Rep. Jackie Walorski, who died in August, was present at a White House conference.

At least 6 people wounded in shooting at school in Oakland

Rules sought for little-known practice of 'gooning.' What is it?

Teens who resist are often told, "We can do this the easy way or the hard way." They might be restrained with handcuffs or zip ties. They could be blindfolded or hooded.

Hurricane Ian made landfall in Florida and Katie Couric has undergone breast cancer treatment. Those stories and more on our daily podcast.

Things to know today: 7 children among dead in school shooting in Russia; Ian is now a hurricane aimed at Florida; scores, highlights from NFL's Week 3.

Adnan Syed, center, leaves the Cummings Courthouse, Monday, Sept. 19, 2022, in Baltimore. A judge has ordered the release of Syed after overturning his conviction for a 1999 murder that was chronicled in the hit podcast “Serial.” 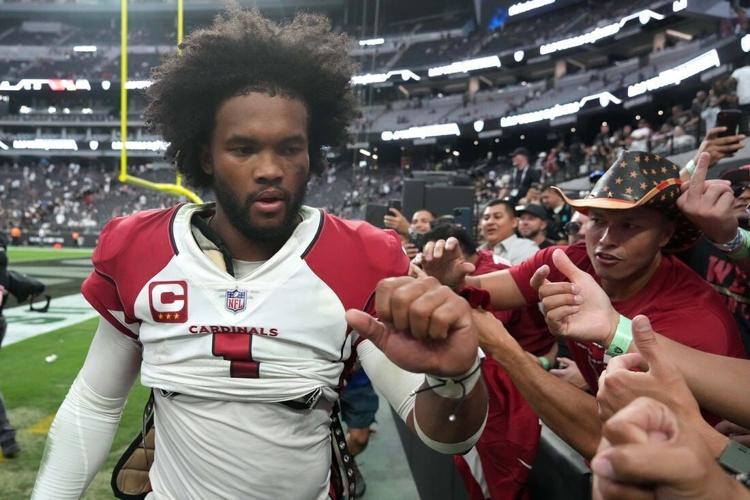