A roundup of political news with 46 days until Election Day on Nov. 8.

MONONGAHELA, Pa. (AP) — Republican leader Kevin McCarthy is heading to Pennsylvania on Friday to directly confront President Joe Biden and the party in power, unveiling a midterm election agenda with sweeping Trump-like promises despite the House GOP’s sometimes spotty record of delivering and governing in Congress.

McCarthy, who is poised to seize the speaker’s gavel if Republicans win control of the House in the fall, hopes to replicate the strategy former Speaker Newt Gingrich used to spark voter enthusiasm and sweep House control in a 1994 landslide.

The House GOP’s “Commitment to America” gives a nod to that earlier era but updates it for Trump, with economic, border security and social policies to rouse the former president’s deep well of supporters in often-forgotten regions like this rusty landscape outside Pittsburgh. Full story:

HARRISBURG, Pa. (AP) — Dr. Mehmet Oz, the Republican nominee for U.S. Senate in Pennsylvania, released his health records as he maneuvers to keep questions about Democratic rival John Fetterman’s recovery from a stroke front and center in the hotly contested campaign.

Dr. Rebecca Kurth in New York City wrote in a four-page letter that she found the 62-year-old heart surgeon-turned-TV celebrity to be in “excellent health" in an annual checkup Thursday.

The letter noted that Oz has a total cholesterol level that is “borderline elevated” but can be addressed by diet, and referenced that in 2010 he had a polyp -- a growth that sometimes can become cancerous -- removed from his colon. An electrocardiogram — a test that records electrical signals in the heart to detect heart problems — he had Thursday came out normal. Full story:

WASHINGTON (AP) — House Democrats on Thursday pushed through a long-sought policing and public safety package after overcoming internal differences on legislation they plan to make central to their election-year pitch.

The package of four bills passed in succession — all with bipartisan support — and headed to the Senate, where their fate is uncertain.

The Democrats' success came after party leaders spent hours wrangling with progressives who threatened to block the package over their concerns about increasing money for local police departments. A few lawmakers said the plan lacked the accountability measures that Democrats had once sought after the police killing of George Floyd in Minneapolis sparked protests against racial injustice. Full story:

RALEIGH, N.C. (AP) — In competitive races across the U.S., Republican candidates are distancing themselves from their party's most controversial policies and people — namely, abortion and former President Donald Trump — as Election Day approaches.

The North Carolina GOP Senate nominee is leaning into support for abortion restrictions and amity with the former Republican president as Democrats fight for an elusive victory in the Southern swing state.

Democratic optimism remains tempered given the state's recent red tilt, but Democratic officials believe Budd, a low-profile congressman who emerged as the GOP's Senate nominee largely because of Trump's backing, gives them a real chance at flipping a seat — and holding the balance of power in Washington — this fall. Full story:

Analysis: The Arizona Senate race is slipping from Republicans

Republicans' chances of beating Democratic Sen. Mark Kelly of Arizona are fading, a sign of the broader struggle the party is experiencing of late as it fights to retake the Senate majority, according to one prominent political handicapper.

On Thursday, the Cook Political Report with Amy Walter moved the Arizona race from its "toss up" category to "leans Democratic," signaling that Kelly now has the advantage over Republican nominee Blake Masters.

In explaining the ratings change, Cook Political Report Senate editor Jessica Taylor notes that Kelly has crushed Masters in fundraising --- and that has translated into a massive edge in terms of TV ad spending. "Democratic groups and Kelly have spent or reserved nearly $65 million during the general election period, compared to almost $16.2 million for GOP groups and Masters," she writes. (Taylor adds that Masters' campaign isn't running any ads at all this week.) Full analysis here:

The Arizona Senate race is slipping from Republicans

Republicans' chances of beating Democratic Sen. Mark Kelly of Arizona are fading, a sign of …

BATTLE FOR THE SENATE

A magnitude 7.6 earthquake shook Mexico's central Pacific coast today, killing at least one person. Get more on that and other trending topics from today here.

The DOJ has charged 47 people in an alleged scheme that stole $250M from a program aimed at feeding Minnesota children during the pandemic, feds say.

Queen Elizabeth II's coffin has been lowered into the royal vault at Windsor Castle. A look back at the pomp and pageantry of Britain's farewell to the queen.

A Florida highway had to temporarily close after a semi carrying cases of Coors Light crashed and turned the roadway into a silver sea of beer cans.

His prosecution in the attack has stalled because he has been repeatedly found mentally incompetent since his arrest and he has refused to take anti-psychotic medication for delusional disorder.

Lottery officials say two people have claimed the $1.337 billion Mega Millions jackpot after a single ticket was sold in a Chicago suburb in July.

It would overhaul an 1800s-era statute known as the Electoral Count Act that governs how states and Congress certify electors and declare presidential election winners.

The Fed raised its key interest rate Wednesday by a substantial three-quarters. And more hikes are almost surely coming. Here's what to know.

A court ruled against Donald Trump, an earthquake killed one person in Mexico and the House voted to overhaul the Electoral Count Act. Those stories and more on our daily podcast. 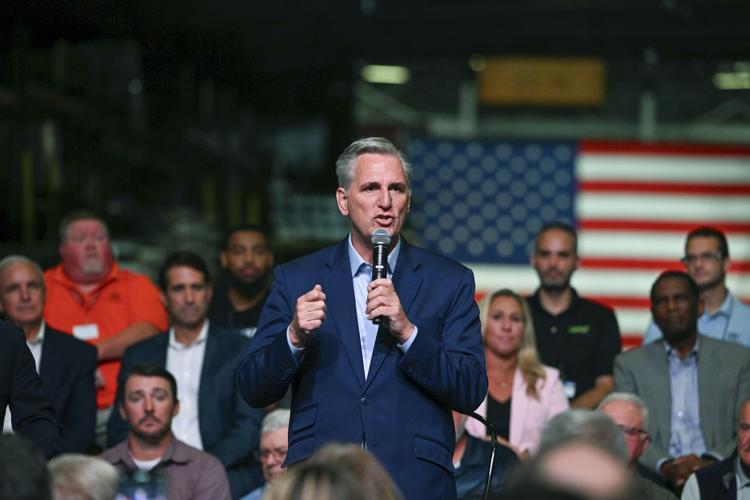 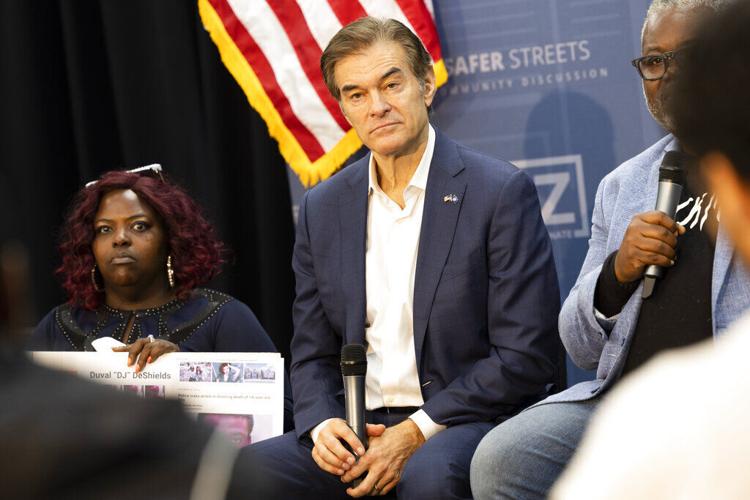 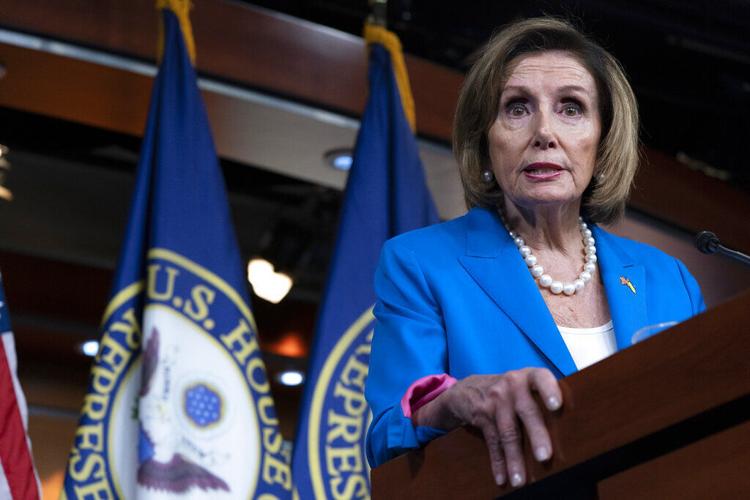 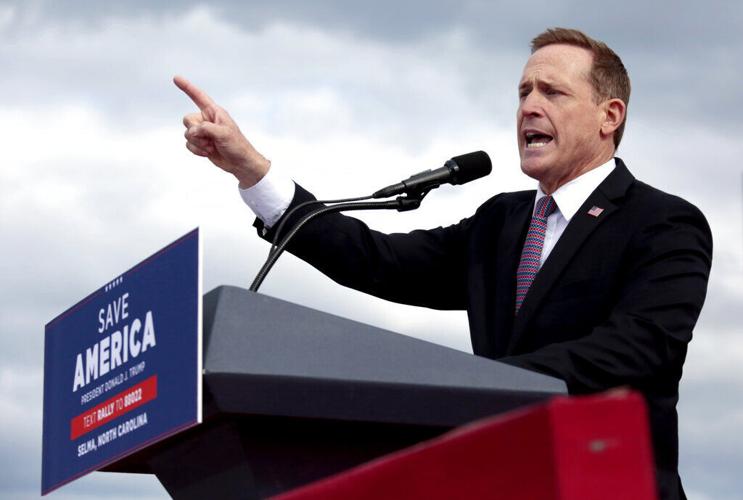 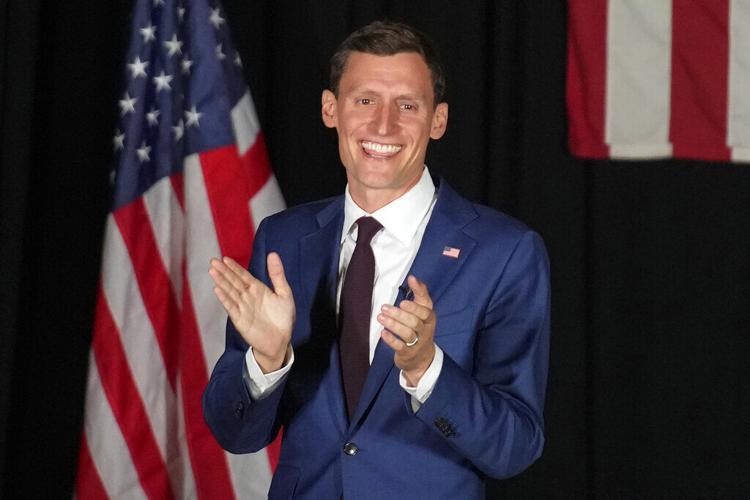