A roundup of some of the most popular but completely untrue stories and visuals of the week. None of these are legit, even though they were shared widely on social media. The Associated Press checked them out. Here are the facts:

CLAIM: Data from the U.K.'s public health agency confirms that those who have been vaccinated against COVID-19 are anywhere from two times to six times more likely to die from the delta variant than the unvaccinated.

THE FACTS: Public Health England's report did not show evidence that those who are vaccinated are more susceptible to dying from the coronavirus delta variant. Rather, the data, which was published June 18, shows the Pfizer and AstraZeneca vaccines are highly effective against hospitalization from the variant.

An Instagram post falsely claimed the health agency's data showed vaccinated people were twice as likely to die from the delta variant than unvaccinated people. Another falsely claimed vaccinated people were "six times more likely to die from a circulating 'variant' like 'Delta' than are unvaccinated people." One post used a table from the report to share the false claim, but the post misrepresented the table's data. While the table does address delta variant deaths, it shows that among 60,624 confirmed cases of the variant between Feb. 1 and June 14, recorded deaths included 37 vaccinated people and 34 unvaccinated. Furthermore, the table does not state the age group of those who died and whether they suffered from any additional illnesses. Experts say that means conclusions cannot be drawn about the role of vaccines in those deaths. "Unless you account for these differences in age and population, you really can't make the argument that vaccination confers a higher risk of death," said Dr. Nasia Safdar, an infectious disease physician at the University of Wisconsin's School of Medicine and Public Health. The report notes that follow up is needed when examining the data on delta variant deaths because "it is too early to provide a formal assessment of the case fatality of delta, stratified by age, compared to other variants." The public health agency issued another report on June 25 that showed that no deaths had been recorded of patients under 50 who were infected with the delta variant and had received both doses of vaccine. The data from the agency shows that two doses of the vaccines made by Pfizer or AstraZeneca are highly effective against hospitalization from the delta variant.

Viruses can evolve to be more deadly

CLAIM: No virus has ever mutated to become more lethal. As viruses mutate, they become less lethal.

THE FACTS: As the spread of coronavirus variants raise new public health questions, social media users are sharing misinformation about how viruses mutate. A post on Facebook reads, "In the history of virology, there has never, EVER, been a viral mutation that resulted in a virus that was MORE lethal. As viruses mutate, they become more contagious/transmissible and LESS lethal." But in fact, there have been cases of viruses that mutated to become more deadly.

"That claim as a whole is just nonsense," said Troy Day, a professor of mathematics and biology at Queen's University in Canada, who has studied the ways infectious diseases, including coronavirus, can evolve. Some examples of viruses that became more deadly over time include those that developed drug resistant variants, and animal viruses such as bird flu, which were harmless to humans initially but then mutated to become capable of killing people, according to Dr. Amesh Adalja, a senior scholar at Johns Hopkins University's Center for Health Security. "Flu viruses have developed resistance to certain antivirals that make them more difficult to treat, and therefore make them more deadly," Adalja said, also noting the same has happened with HIV and certain Hepatitis C strains. While early scientific theories suggested that as viruses evolved, they would become more contagious and less lethal to keep spreading, over time the scientific community has acknowledged that's not always the case. "Becoming more transmissible and less lethal are absolutely what's best for the pathogen," said Day. "But the problem is that it's not always possible, and in many instances is never possible, to be more transmissible and also less lethal." Day said there are documented cases of animal viruses that evolved over time to become more lethal, including myxoma virus in rabbits and Marek's disease in chicken. Some viruses provoke severe symptoms in their hosts that make it easier to transmit the virus to others. But those same symptoms can wind up killing the hosts. "The virus, speaking anthropomorphically, just wants to spread and have its genes replicated," said Adalja. "If the best way for it is to spread by causing severe symptoms it will continue to do that."

CLAIM: Information in a confidential memo from a professor at Imperial College London shows that pharmaceutical companies are being told to stop manufacturing medicine for colds, flu and hay fever, and, as of July, pharmacists will not be allowed to sell them.

THE FACTS: The memo, which has a subject line: "Next Steps – Permanent Lockdown of the UK (Private & Confidential)," was fabricated, according to officials at Imperial College London. Pharmaceutical companies were not asked to stop making such medications, nor will sales be halted.

The memo falsely claims that global leaders are behind a conspiracy to use COVID-19 and vaccines to manipulate their citizenry.

Social media users shared parts of the fake memo online, including one paragraph that says "in order to get more people to be vaccinated" GlaxoSmithKline and several other pharmaceutical companies are to stop the production of medicines for "Common Colds, Flu and Hay Fever." It goes on to say, "No Chemist will be able nor allowed to sell them." One tweet sharing the letter encouraged social media users to stock up on cold medications before they are gone. The letter first circulated on social media in the United Kingdom and is now being shared in the U.S. The college rebutted the false information on their website saying, "Although most readers recognise that this 'memo' is an obvious fake, some have sought to share it widely and some have threatened and abused Imperial staff." The fake memo, falsely attributed to Imperial College London epidemiologist Neil Ferguson, was addressed to top medical officials across the U. K., including in Wales and Northern Ireland. Ferguson, a former adviser to the U.K. government on its COVID-19 response, has spoken out about a possible third wave of COVID-19 infections from the delta variant that has been found to be more transmissible. An Imperial College London spokesperson confirmed to the AP that the memo was fake and not written by Ferguson. "This fake memo entitled 'Next Steps - Permanent Lockdown of the UK (Private & Confidential)' was not written by Neil Ferguson," the college said in a statement. "This totally untrue piece of disinformation was constructed and spread by extremists and has no association with Imperial College London, the UK government, or its scientific advisors."

CLAIM: A letter from Alabama Power, an electric utility company, states the company has taken samples from Lewis Smith Lake and found dangerous levels of "flesh eating bacteria." Due to this, Alabama Power has encouraged visitors to the lake not to enter the water.

THE FACTS: The letter is not authentic and Alabama Power has not issued any such advisory.

An image circulated on Facebook this week showing the fake letter that purported to be from the utility company. "Necrotizing Fasciitis (flesh eating bacteria) has significantly increased at Lewis Smith Lake," the letter read. "We here at Alabama Power Company have asked that all boaters and swimmers stay out of the water for their own safety." In an email statement sent to The Associated Press, Alabama Power spokesperson Danielle Kimbrough denied the authenticity of the letter. "A prank Facebook post warning residents to stay out of Smith Lake this summer is fake," Kimbrough said. "Smith Lake and the rest of our company's lakes around Alabama are open as normal. We encourage visitors to observe the usual safety guidelines."

Watch Now: America is running out of lifeguards

CDC reverses course on masks in areas where virus is surging; schools included in new guidance

Scientists cited new information about the ability of the delta variant to spread among vaccinated people in announcing new CDC mask recommendations.

'The war has changed': CDC document warns Delta variant appears to spread as easily as chickenpox

The document — a slide presentation — outlines unpublished data that shows fully vaccinated people might spread the Delta variant at the same rate as unvaccinated people.

The nation's top health agency was expected to backpedal on its masking guidelines and recommend that even vaccinated people wear masks indoors.

President Donald Trump urged senior Justice Department officials to declare the 2020 election results "corrupt" in a December phone call, according to notes from a participant.

The Biden administration will allow a nationwide ban on evictions to expire Saturday, arguing that its hands are tied after a Supreme Court ruling.

Alaska quake is strongest in US in half a century

The largest earthquake in the United States in the last half century produced a lot of shaking but spared Alaska any major damage.

Biden to announce end of US mission in Iraq; typhoon headed for Olympics; Jan. 6 committee to start work

President Biden set to announce end of U.S. mission in Iraq; typhoon headed for Olympics; and Jan. 6 committee begins work. Get caught up.

Federal workers will be required to verify they've been vaccinated against the coronavirus or else face mandatory masking, weekly testing, distancing and other new rules. 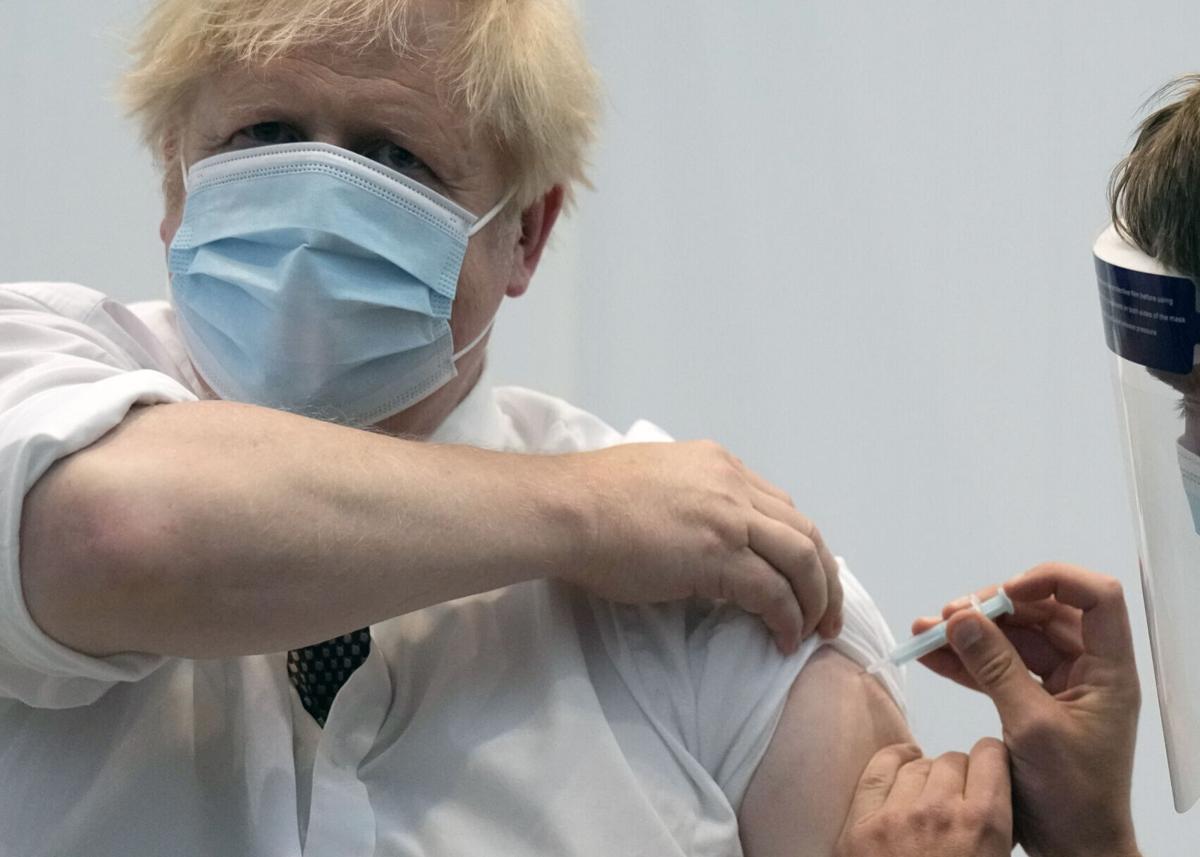 FILE - In this Thursday, June 3, 2021 file photo, British Prime Minister Boris Johnson gives a thumbs up after receiving his second jab of the AstraZeneca coronavirus vaccine, at the Francis Crick Institute in London. On Friday, July 2 The Associated Press reported on stories circulating online incorrectly asserting that data from the U.K.’s public health agency confirms that those who have been vaccinated against COVID-19 are anywhere from two times to six times more likely to die from the delta variant than the unvaccinated. But, the data, which was published June 18, shows the Pfizer and AstraZeneca vaccines are highly effective against hospitalization from the variant. (AP Photo/Matt Dunham, Pool, File) 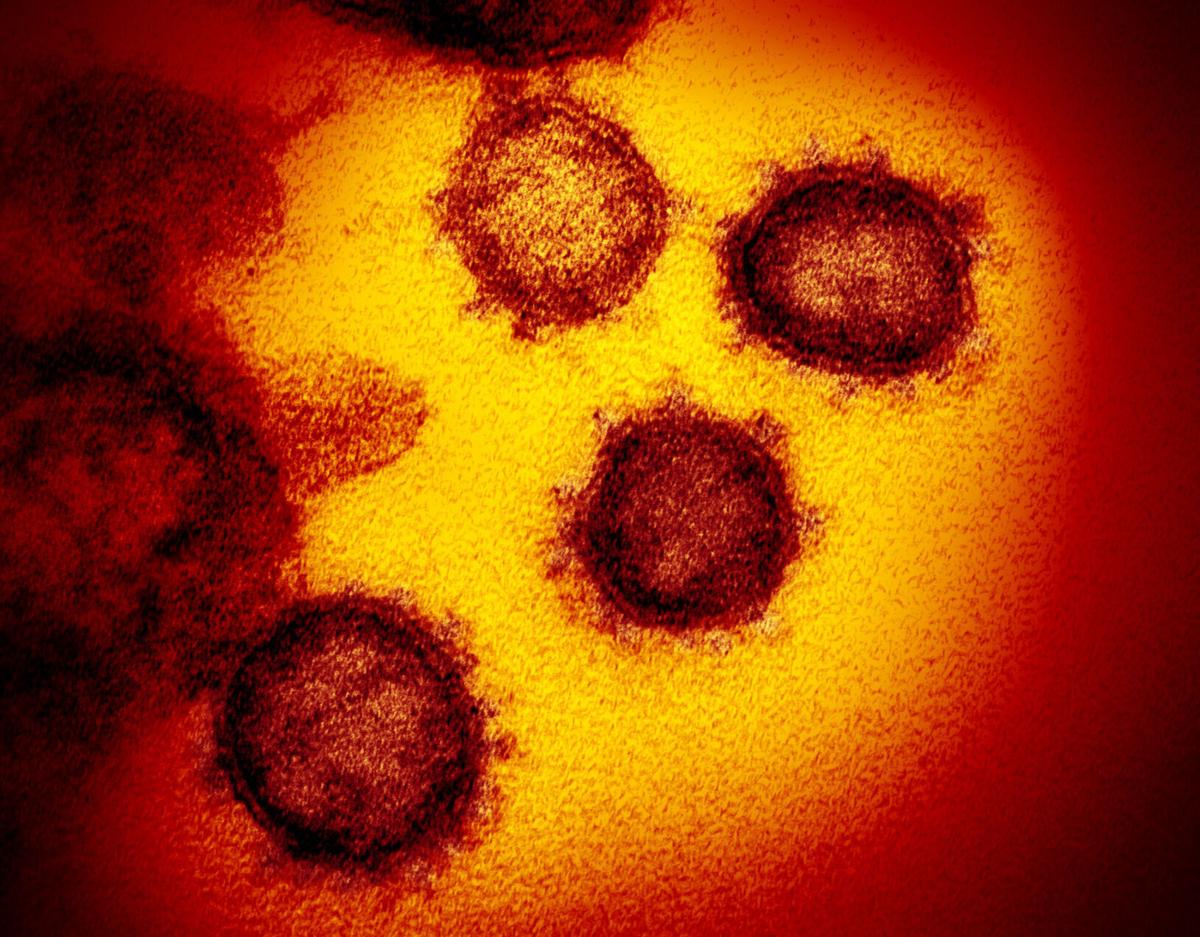 FILE - This undated electron microscope image made available by the U.S. National Institutes of Health in February 2020 shows the virus that causes COVID-19. On Friday, July 2, 2021, The Associated Press reported on stories circulating online incorrectly asserting no virus has ever mutated to become more lethal. But some examples of viruses that became more deadly over time include those that developed drug resistant variants, and animal viruses such as bird flu, which were harmless to humans initially but then mutated to become capable of killing people, according to Dr. Amesh Adalja, a senior scholar at Johns Hopkins University’s Center for Health Security. (NIAID-RML via AP, File) 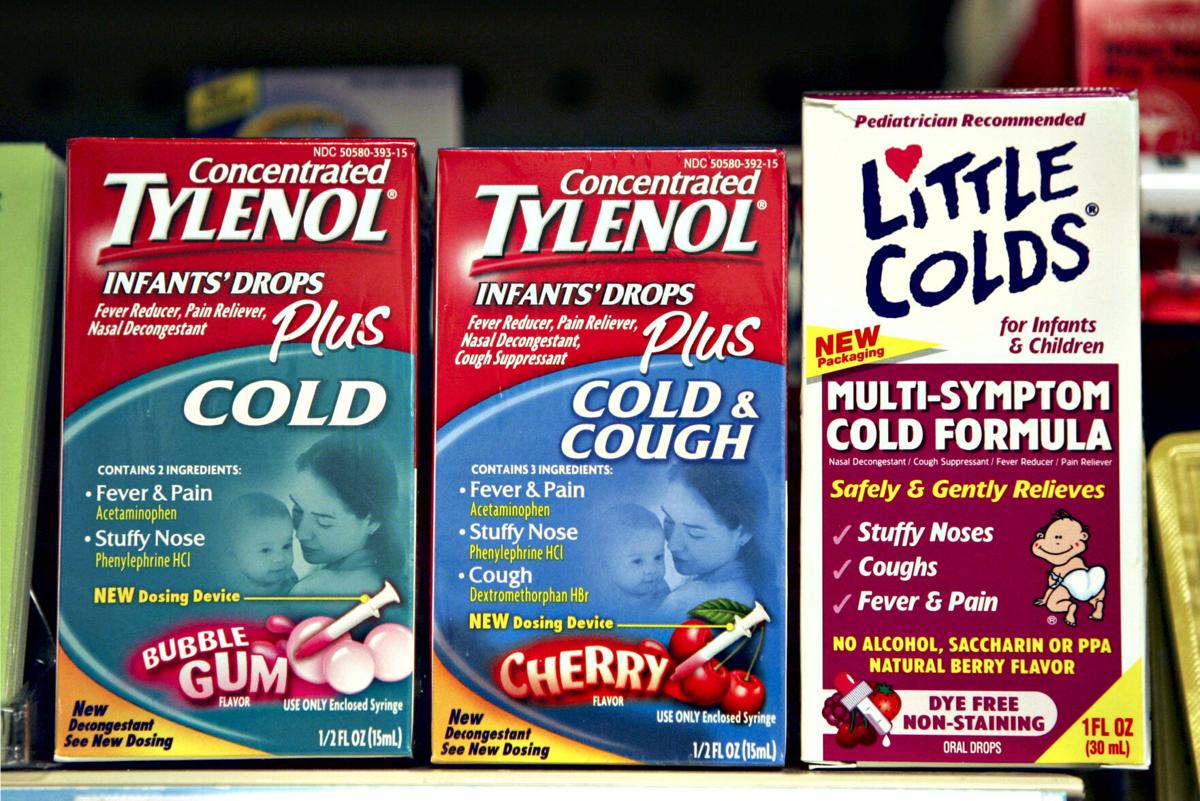