DAYTONA BEACH, Fla. — NASCAR driver Ryan Newman was released from the hospital Wednesday, just two days after his terrifying crash Monday during the last lap of the Daytona 500.

Roush Fenway Racing tweeted a photo of Newman walking out of the hospital with his two daughters.

Earlier in the day, the racing team posted a photo of Newman and his daughters in his hospital room along with a statement saying he was continuing to show great improvement.

"True to his jovial nature, he has also been joking around with staff, friends and family while playing with his two daughters," Roush Fenway Racing said in a statement.

After he was extricated from his destroyed car, Newman was taken to Halifax Medical Center in Daytona where doctors indicated that he was in serious condition but did not have life-threatening injuries.

On Tuesday, the 42-year-old was awake and talking to family and doctors.

"Ryan continues to express his appreciation for the outpouring of support from across the country, and he and his family are grateful for the immense level of support that has been provided by the NASCAR community and beyond," Roush Fenway Racing said in a statement.

Several of Newman's fellow NASCAR drivers reacted to the news on social media.

"This is so awesome!!" Kurt Busch wrote on Twitter. "Two things I've taken away from this: 1) There will always be risk involved in our sport. 2) The safety advancements NASCAR has made are incredible."

"This is awesome," Austin Dillon write on Twitter. "Thank you Jesus."

Kevin Harvick retweeted the photo of Newman in the hospital with the caption, "So darn happy to see this picture."

Driver Corey LaJoie, who was unable to avoid hitting Newman's car after it hit the wall, was thankful to make it out of the crash alive and to hear about Newman's recovery.

"While I was down there I did send up a 'thank you Jesus for your hand of protection' prayer and at that moment I had no idea who I hit or the severity of it," LaJoie wrote on Instagram. "I'm hearing very optimistic things on Ryan's condition so your prayers are working guys, keep it rolling."

Newman had taken the lead in the final lap of Daytona 500 on Monday evening when driver Ryan Blaney hit his bumper, causing Newman to spin into the outside wall. Newman's car bounced off the wall, flipped into the air and dropped back down in front of the car driven by LaJoie.

LaJoie hit Newman's car, causing the car to go airborne again, up and over LaJoie's car, eventually landing upside down. Newman's car skidded on its roof in a shower of flames and sparks across the finish line before coming to rest on the track's apron.

Rescue crews had to cut the car's roof off to extricate Newman, who was rushed to the hospital.

A tractor-trailer hauling toilet paper crashed and caught fire near Dallas early Wednesday, spilling the hot commodity all over an interstate.

Why health experts aren't warning about coronavirus in food

NEW YORK (AP) — Chicken with salmonella can make you sick. So can romaine lettuce with E. coli and buffets with lurking norovirus. So why aren’t health officials warning people about eating food contaminated with the new coronavirus?

OAK PARK, Illinois (AP) — One Tulsa, Oklahoma, bar owner said more than a dozen motorcyclists showed up unannounced, but he served them a round of shots anyway to celebrate a birthday. Another live-streamed a drag queen show on Facebook while up to 20 people drank inside the locked bar, ignoring police when they knocked on the door.

A man confessed to feeling sick only when his wife began to show symptoms of COVID-19 shortly after giving birth at a hospital in Rochester, N.Y.

Matilda McCrear was taken from West Africa to Mobile, Alabama, on board the last slave transport ship, the Clotilda, in July 1860.

Virus briefing: 'Hardest, saddest' week is here. And more updates across the US today

Surgeon General Jerome Adams warned of "the hardest and the saddest week of most Americans’ lives," calling the coronavirus pandemic "our Pearl Harbor moment, our 9/11 moment, only it’s not going to be localized."  Catch up on everything you need to know.

NEW YORK (AP) — Scientists offered more evidence Wednesday that the coronavirus is spread by seemingly healthy people who show no clear symptoms, and the federal government issued new guidance warning that anyone exposed to the disease can be considered a carrier.

The coronavirus pandemic has upended the lives and finances of millions. Here's how to pay the bills, get unenployment, use your relief check and more.

Fauci says finding the answer is going to require natural history studies, which follow people over time while collecting their health information. Get caught up on the latest coronavirus news here. 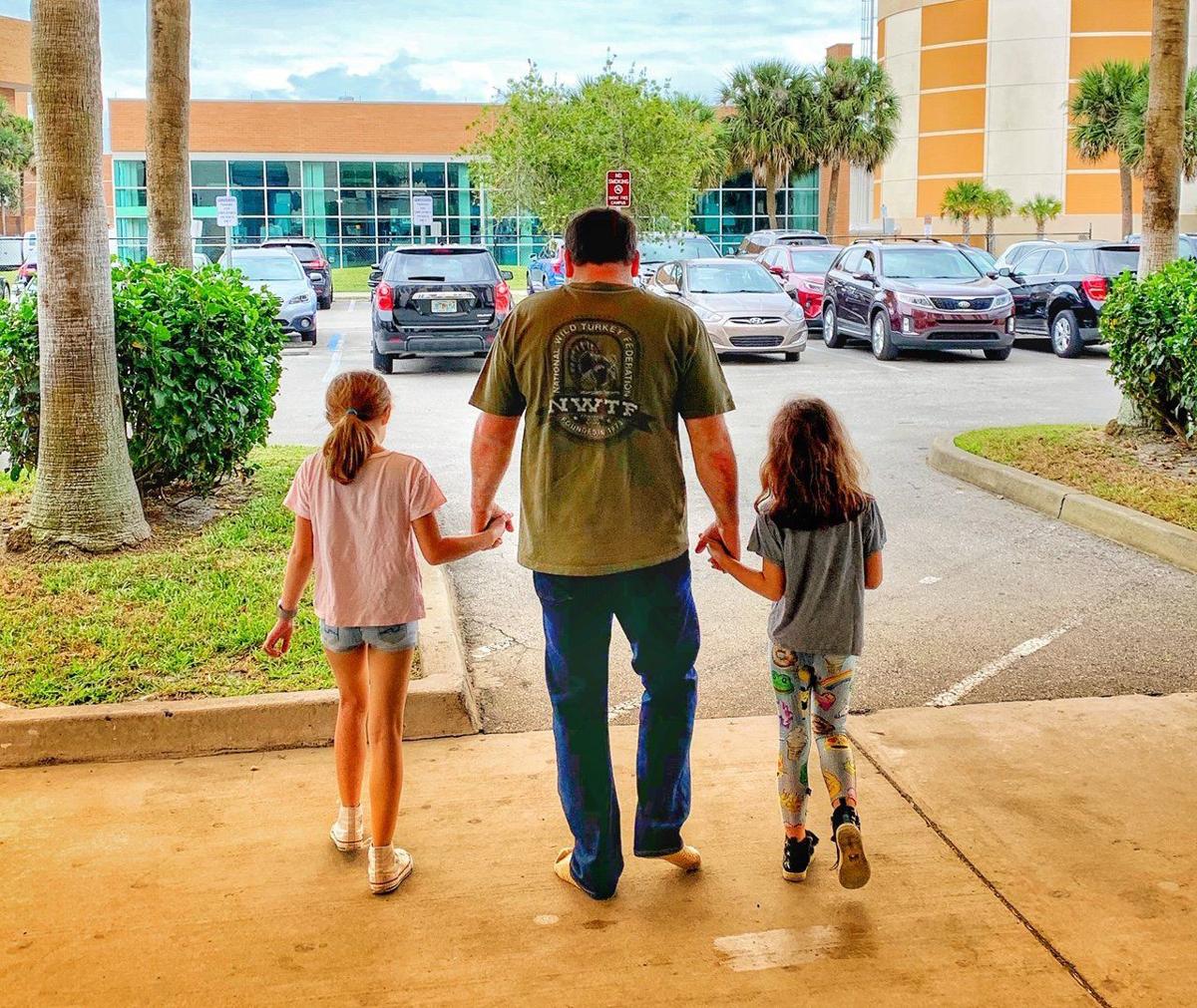 Ryan Newman has been treated and released from Halifax Medical Center. 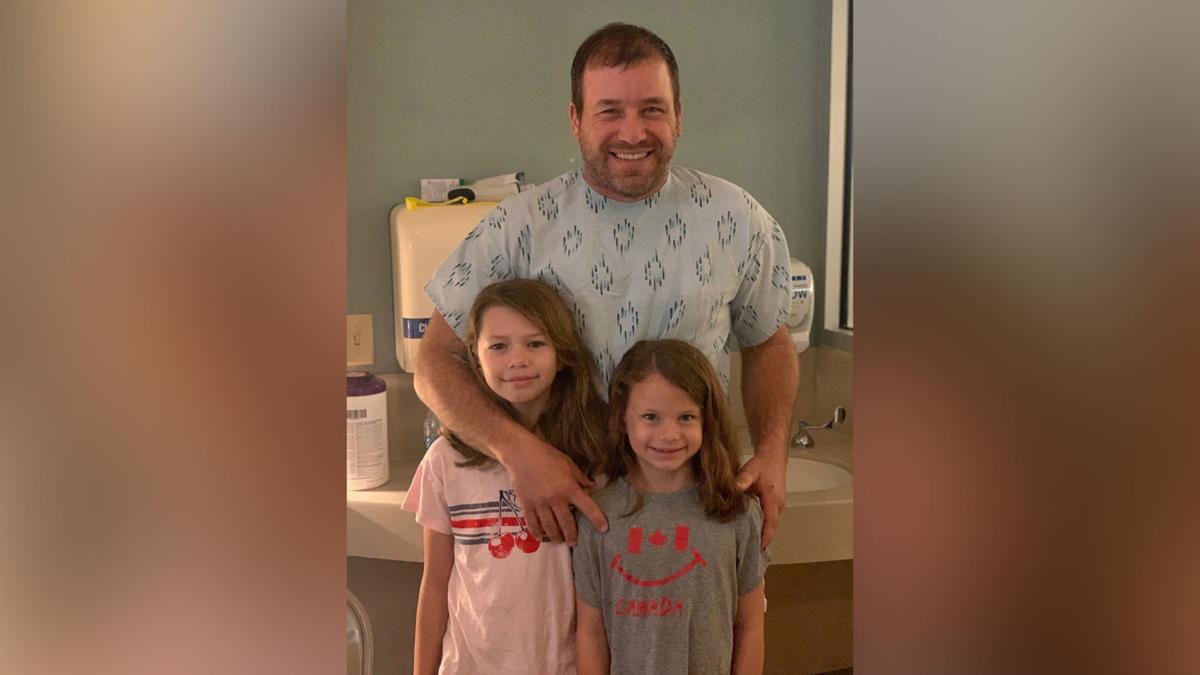 NASCAR driver Ryan Newman with his two daughters in his hospital room in Daytona, Florida.