"Da 5 Bloods": It's always the right time for a Spike Lee joint and thankfully Netflix has his latest ready to debut Friday. Four veterans travel back to Vietnam to try to find the remains of their squad leader in this film that traverses decades and genres. Full of complex ideas, "Da 5 Bloods" is guaranteed to enlighten and provoke. Case in point? He's made one of the veterans (Delroy Lindo) a Donald Trump supporter.

Celebrating Pride: Pride parades will be few and far between this year, but a number of channels are celebrating the LGBTQ community with special programming. On Friday starting at 8 p.m., film critic Alonso Duralde will be on TCM discussing three formative films, "Our Betters," "Victim" and "Word is Out." And on Sunday, the Criterion Channel drops the second installment of its Queersighted series, with seven films including Jean Cocteau's "Orpheus," Gus Van San's "My Own Private Idaho" and Céline Sciamma's "Water Lilies."

"Artemis Fowl": Originally intended for theaters, Disney Plus is releasing Kenneth Branagh's big budget adaptation of Eoin Colfer's "Artemis Fowl" Friday. In the film, a young Irish genius (Ferdia Shaw) discovers a magical world in a quest to save his father (Colin Farrell) from a pack of fairies. Judi Dench and Josh Gad also star.

Missing Summer Blockbuster season? Check out '... Just to be Nominated,' our movie podcast

Why the Thought-Provoking 'Madam Secretary' Is Your Next Netflix Binge

Chloe x Halle: The sophomore album from Chloe x Halle was originally supposed to be released last week, but the duo decided to push it back out to honor Black Out Tuesday and the music industry's plan to turn off the music and take time to reflect and implement change in response to the death of George Floyd and the killings of other black people. "Ungodly Hour" will be released Friday and features a more grown-up side of Chloe, 21, and Halle, 20. The girls co-wrote, co-produced and engineered the album, which features the viral R&B hit, "Do It."

Norah Jones: Over the last two years Norah Jones has held monthly recording sessions with various musicians to create epic singles instead of a full album. The result of those gatherings, along with unreleased songs from her 2019 project, make up "Pull Me Up Off the Floor" — a new 11-track album coming out Friday. Jones produced nine of the songs alone and wrote seven of the tracks by herself. Collaborators include Jeff Tweedy, Emily Fiskio and Sarah Oda.

Gabrielle Union, engaged in a battle with NBC over her firing from "America's Got Talent," is firmly in control on "L.A.'s Finest," the drama she produces and stars in with Jessica Alba. The series returns for season two on Spectrum, with the first three episodes out Monday. To set the scene: detective Syd (Union) is searching for a friend's killer, her partner McKenna (Alba) is dealing with marital woes, and then a crime wave hits.

Medical practitioners can be heroic with or without a pandemic to battle, as made clear in the docuseries "Lenox Hill," shot before the COVID-19 crisis. Cameras follow two brain surgeons, an ER physician and an obstetrician at New York's Lenox Hill Hospital as they pour their energies and dedication into their patients' care while also tending to their own lives — a challenge that includes pregnancy for two of the doctors. The eight-episode series is out Wednesday on Netflix.

If mystery is your cup of tea "Grantchester" is here to oblige, returning 9 p.m. EDT Sunday to PBS' "Masterpiece." Set in an English village in the 1950s, the series boasts an unlikely pair of crime-busters in the Rev. Will (Tom Brittney), and police detective Geordie (Robson Green). Also back are closeted man of the cloth Leonard (Al Weaver) and Tessa-Peake Jones as an indispensable if stern housekeeper.

Get caught up with all of the morning's top headlines not related to the coronavirus pandemic, plus a viral video, celebrity birthdays and more. 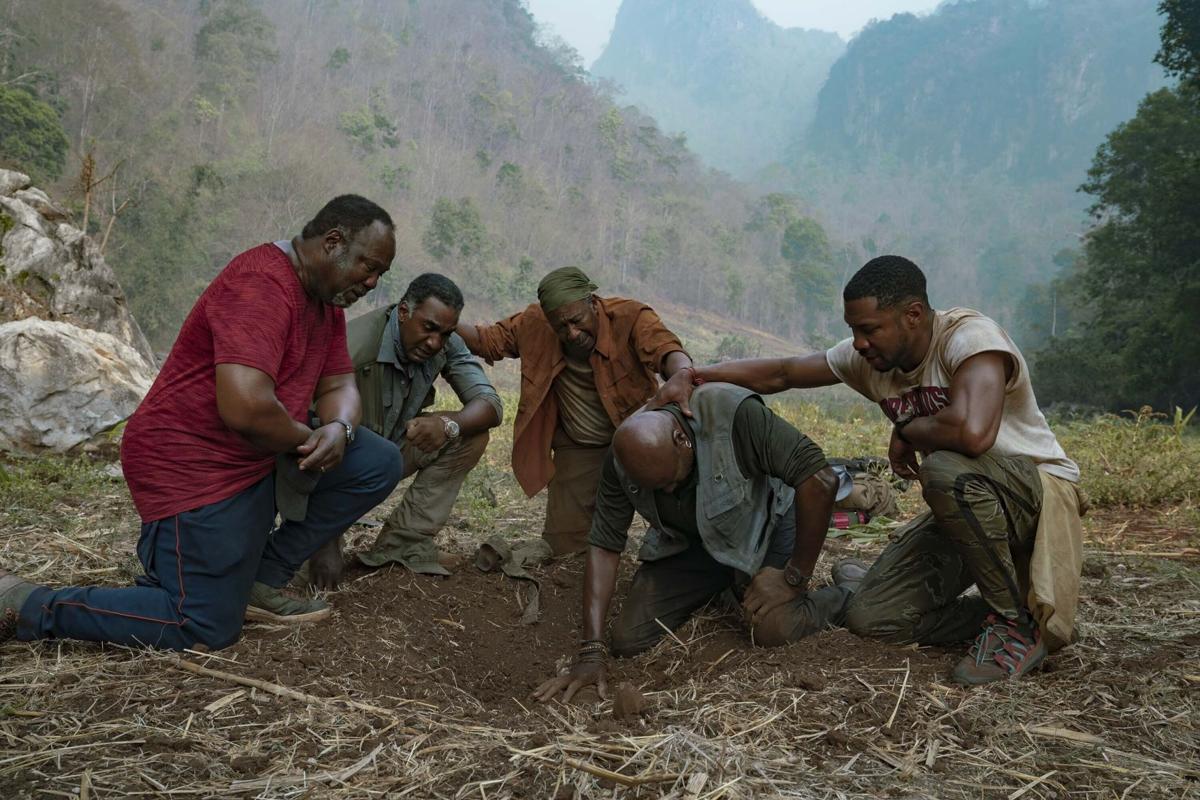 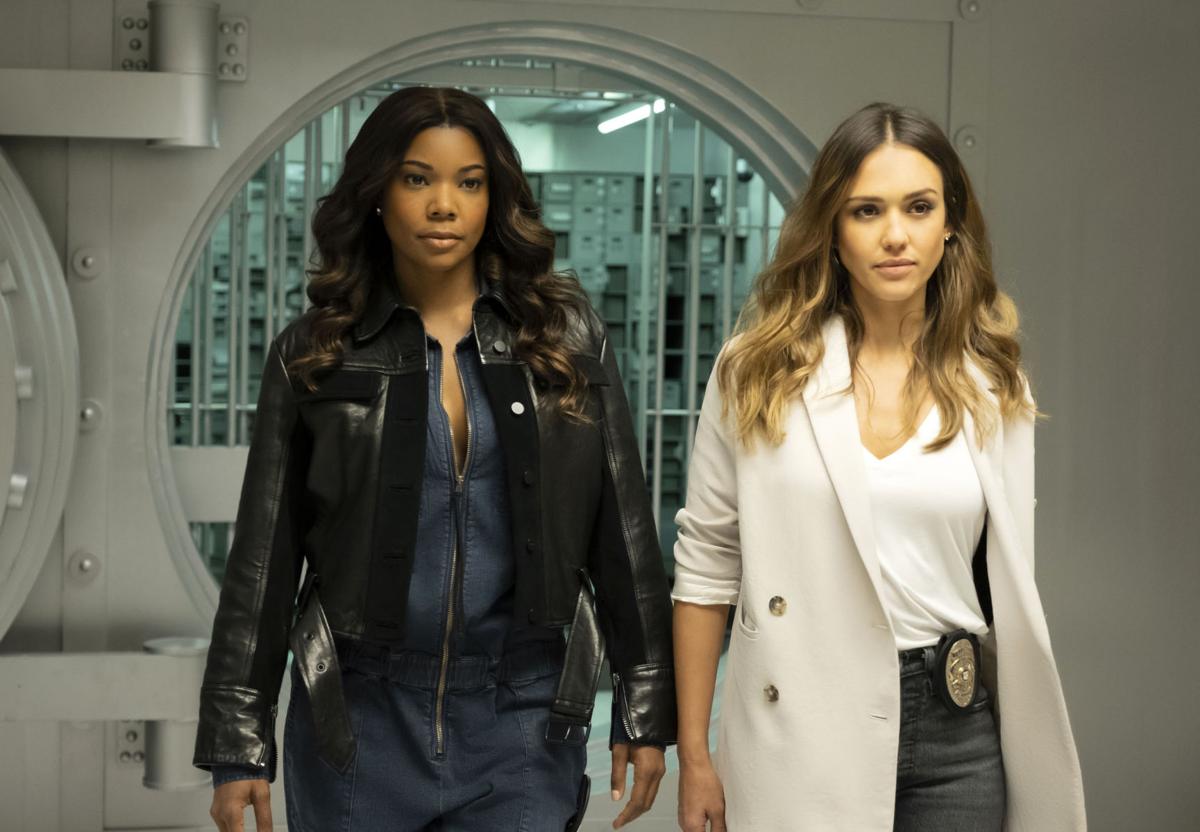 This image released by Spectrum hows Gabrielle Union, left, and Jessica Alba in a scene from "L.A.'s Finest." The series returns for season two on Spectrum, with the first three episodes out Monday. (Erica Parise/Spectrum via AP) 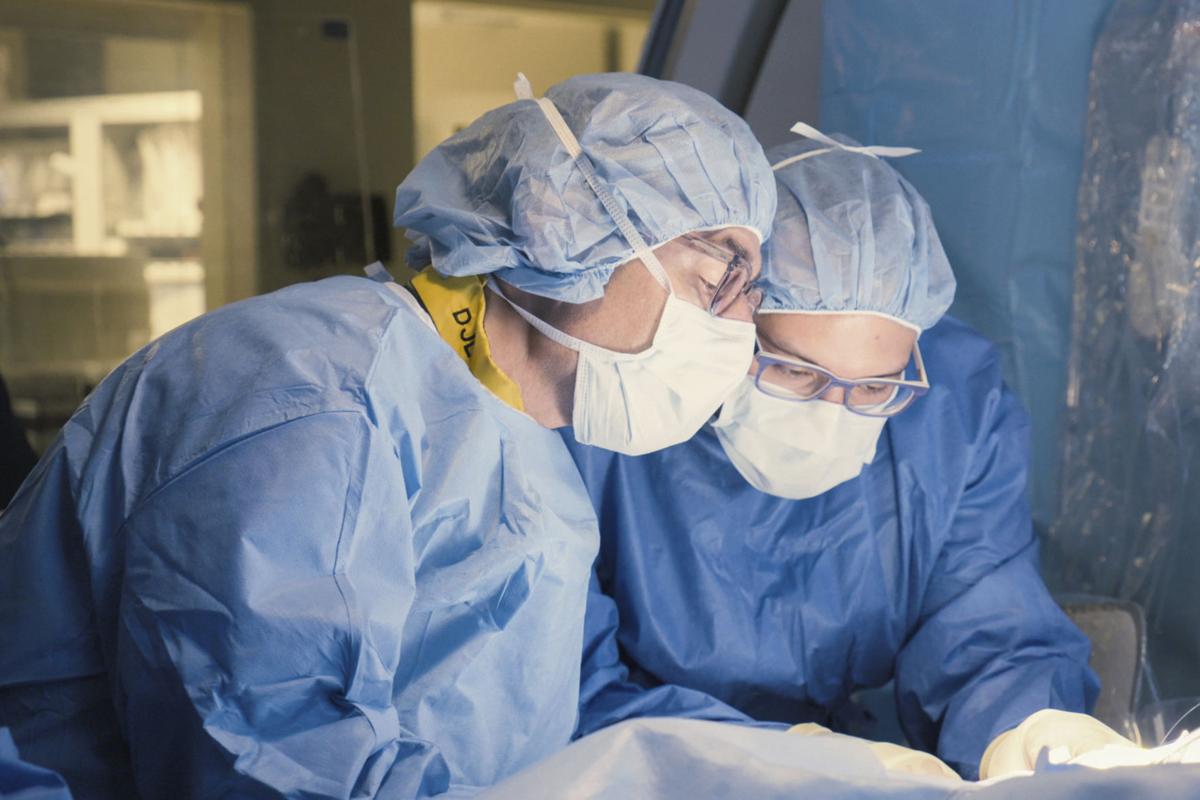 This image released by Netflix shows a scene from the docuseries "Lenox Hill," premiering Wednesday on Netflix. (Netflix via AP) 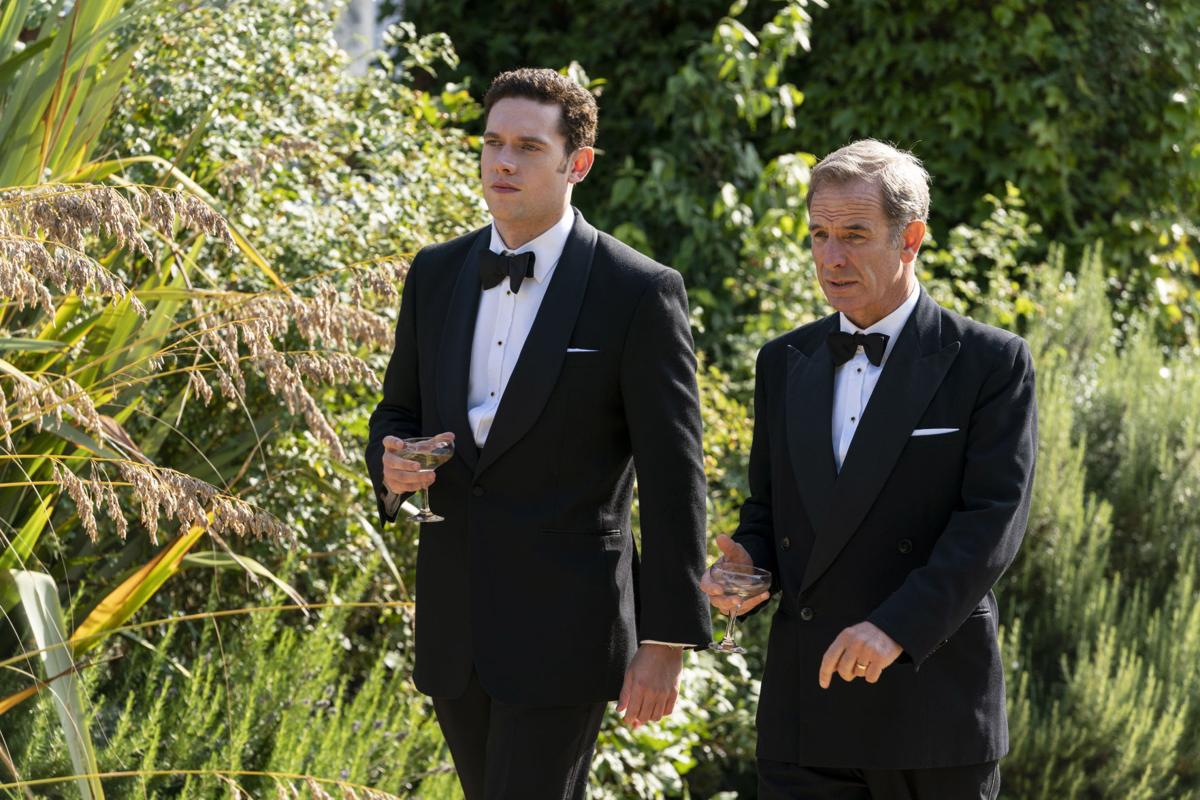 This image released by PBS shows Tom Brittney as Will Davenport, left, and Robson Green as Geordie Keating In a scene from "MASTERPIECE Grantchester." Season five premieres on Sunday, June 14. (Kudos/ITV/Masterpiece via AP) 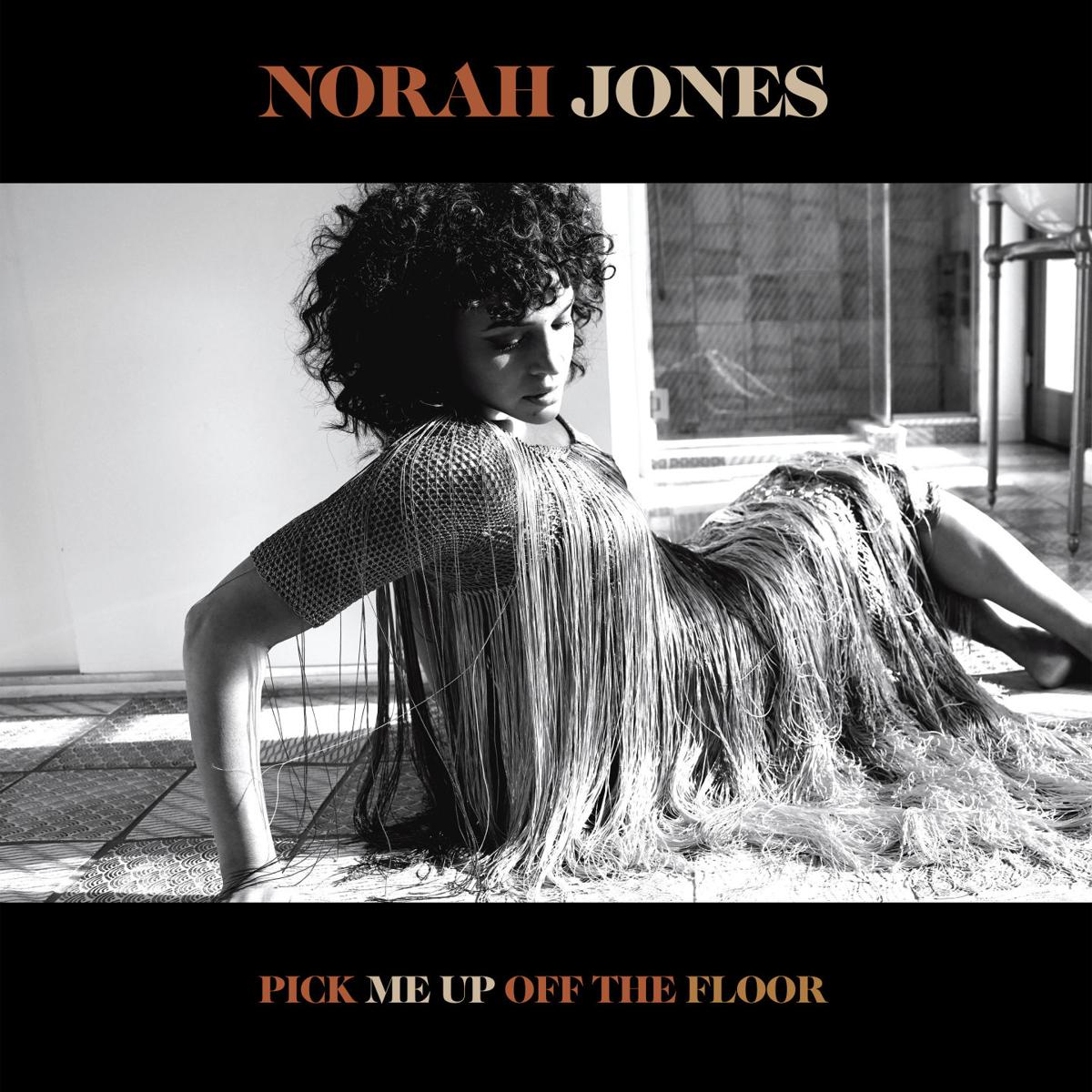 This cover image released by Blue Note Records shows "Pick Me Up Off the Floor," a new release by Norah Jones. (Blue Note via AP)