Become a Member
Read Today's E-edition
Share This
Not real news roundup: A look at what didn't happen this week
0 Comments
Share this

Rams vs. Cardinals: Updates and scores from the NFL playoffs

A roundup of some of the most popular but completely untrue stories and visuals of the week. None of these are legit, even though they were shared widely on social media. The Associated Press checked them out. Here are the facts:

CLAIM: In two recent incidents during flights departing from the Dallas-Fort Worth International Airport, American Airlines pilots died from myocarditis caused by the COVID-19 vaccine.

THE FACTS: These incidents didn't happen, a spokesperson for American Airlines confirmed in an email to The Associated Press.

Thousands of social media users this week shared a fearmongering article that falsely claimed to provide evidence for why "vaxxed pilots should not fly." The article shared two examples of incidents it said took place on American Airlines flights traveling from DFW to Fort Myers, Florida, and from DFW to Los Angeles. It claimed that one pilot experienced cardiac arrest in flight, and the other "started convulsing and vomiting" in flight, and both died before the planes landed. The article attributed both the deaths to myocarditis, an inflammation of the heart muscle that has very rarely been linked to the COVID-19 vaccines. It said both pilots had recently received their second COVID-19 vaccine doses.

In a final claim attributed to an anonymous source, the article said there had been "at least 12 non-fatal incidents involving pilots that had recently taken the jab." These claims are "all false," American Airlines spokesperson Whitney Zastrow confirmed in an email to the AP. An internet search reveals the claims surfaced last month on RealRawNews, a website that includes a disclaimer that it contains "humor, parody, and satire." A similar story circulating last month falsely claimed a Delta Airlines pilot who had recently been vaccinated died in flight.

Both Delta Airlines and the Federal Aviation Administration confirmed they were not aware of any incidents matching this description. Very rarely, teens and young adults given the Pfizer or Moderna vaccines have experienced the serious side effect of myocarditis. It's mostly in young men and teenage boys, and usually after the second dose. Even when individuals have developed myocarditis after receiving the vaccine, their condition has typically been mild and their recovery quick, the AP has reported.

Priest in widely shared video collapsed, but did not die

CLAIM: A video shows a priest who has been vaccinated against COVID-19 suddenly dying during a livestream.

THE FACTS: The priest did collapse while performing a Mass, but he did not die, according to Facebook videos posted by the church in Acapulco, Mexico. The priest stood in front of his congregation the following day and later in the month, additional videos from the church showed.

Social media posts falsely claimed that a minutelong video clip showed the priest abruptly dying from vaccine side effects while leading a religious service. The clip of the priest collapsing has circulated online since at least Sept. 3, and appeared in several Spanish-language news reports on Sept. 4. The church livestreams some of its religious services on its Facebook page. While the church, called Parroquia Nuestra Señora de Guadalupe Reina de México, does not appear to have a video on its page dating Sept. 3, it does have a video from Sept. 4, in which the same priest appears before his congregation. In the video, the priest addresses the congregation in Spanish, referring to "yesterday's incident." He thanks God for the fact that he is standing, and says that on the recommendation of doctors, he will take a few days off to see what is going on with his health. Videos posted by the church later in September show the same priest standing before his congregation once again. It was not immediately clear whether the priest had been vaccinated for COVID-19. The church did not respond to an email requesting more information.

THE FACTS: Pelosi's office said there is "no such pending sale" and the brokerage that listed the property also confirmed that the buyer is not the speaker.

Various posts spreading widely on Facebook and Twitter falsely claimed to show a photo of a $25 million home in Florida that Pelosi purchased. The photo comes from a listing for an oceanfront, 10,000-square-foot property on South Beach Road on Jupiter Island. A spokesman for Pelosi refuted the claim and denied that she is considering moving to Florida.

"This information is inaccurate," Drew Hammill, Pelosi's deputy chief of staff, said in an email to The Associated Press. "There's no such pending sale nor is the family looking or interested." Beth Bourque, owner of Southern Shore Properties, the brokerage that listed the property, said the house is under contract and confirmed the buyer is not Pelosi or her family. "It's a rumor that's been floating around and it's just gotten bigger and bigger," Bourque said. A representative for the person purchasing the property also told the AP that the buyer is not Pelosi, but someone who lives nearby. Nor, he added, is Pelosi buying another high-end home on South Beach Road that also recently sold. "She's totally unrelated to any of the buyers or any of the sellers," said Rob Thomson, owner of Waterfront Properties.

CLAIM: Fox News was banned from operating in the United Kingdom for promoting right-wing "propaganda."

THE FACTS: U.K. regulators did not ban Fox News from operating in the region. Fox News voluntarily stopped broadcasting in the U.K. in 2017 after failing to cultivate a sufficient audience.

Posts claiming that Fox News was "banned" from the U.K. for being "propaganda" have circulated widely on Twitter. But these claims are false, according to both Fox News and U.K. officials. Fox News' former parent company, 21st Century Fox, announced in August 2017 that Fox News would stop broadcasting in the U.K. due to the channel's low viewership there. A spokesperson for Fox News referred The Associated Press to a statement that 21st Century Fox released at the time. 21st Century Fox has since been acquired by Disney.

"Fox News is focused on the U.S. market and designed for a U.S. audience and, accordingly, it averages only a few thousand viewers across the day in the U.K.," the statement reads. "We have concluded that it is not in our commercial interest to continue providing Fox News in the U.K." Ofcom, the agency that regulates communications industries in the U.K., confirmed that Fox News was not banned from the region. Months after Fox News withdrew from the U.K., Ofcom determined in November 2017 that the channel had breached its impartiality rules earlier that year. Ofcom cited coverage from January 2017 of former President Donald Trump's ban on travel from several Muslim-majority countries on the program "Hannity," according to an agency bulletin. "Tucker Carlson Tonight" also violated the same rules while covering the May 2017 terrorist attack in Manchester, the agency ruled. Once again, though, that determination by the regulator was unrelated to Fox News pulling out of the region, which had happened earlier.

THE FACTS: The list of defendants is not part of the ongoing criminal case against Maxwell. It comes from a since-dismissed civil lawsuit that is separate from Maxwell's upcoming trial.

Social media users are circulating a monthsold list of names and companies, falsely claiming they are co-conspirators in Maxwell's criminal case as she prepares to face trial on charges she groomed underage victims to have unwanted sex with the late disgraced financier Jeffrey Epstein, her former boyfriend. But the list originated in a separate civil lawsuit that was filed in August 2020 and dismissed as "frivolous" less than a month later. The dismissed civil case had named nearly 40 defendants, including Epstein, Jay-Z, Beyonce, Kanye West, Disney and Universal Music Group. Maxwell was included as the 31st defendant on the list. The lead plaintiff alleged that over the course of 30 years, the defendants conspired to "unlawfully surveil, drug and abduct" them "for sexual assault, sex trafficking, and other exploitative abuse" and conspired to transact a "purchase agreement" to buy the plaintiff from their mother. U.S. District Judge Louis L. Stanton for the Southern District of New York dismissed the lawsuit on the grounds that it did not have a legal or factual basis, and that the plaintiff, who did not appear to be an attorney, made claims on behalf of others, according to the dismissal order. Some social media users have circulated excerpts from the court documents, erroneously asserting that they were recently unsealed documents from Maxwell's criminal case. But two different cases — the civil lawsuit and Maxwell's criminal case — are being conflated. Maxwell was arrested in July 2020 after a grand jury indicted her on multiple federal charges. U.S. District Judge Alison J. Nathan is set to preside over Maxwell's criminal trial in Manhattan federal court. Further, no such list of "co-conspirators" has been released in Maxwell's case. And Nathan has made clear there will be no name-dropping at trial, saying only certain pages of an address book that investigators seized — showing a section naming the alleged victims — will come into evidence, according to previous reporting by the AP. The trial is expected to begin Nov. 29. Maxwell has pleaded not guilty to her charges and denied wrongdoing. Epstein killed himself in a federal detention center in August 2019 while awaiting trial on sex trafficking charges.

The CDC updated its mask guidelines. What to know about 'the highest level of protection'

Here's what you need to know about masks like N95s, where to get them and how to use them safely.

Authorities say a man apparently took hostages Saturday during services at a synagogue near Fort Worth, Texas. It wasn't clear how many people were in the building.

For the first time in half a year, U.S. families on Friday are going without a monthly deposit from the child tax credit. A closer look at the impact.

The tests will be provided at no cost, including no shipping fee. The White House said "tests will typically ship within 7-12 days of ordering."

See the surveillance video that was used to identify an 18-year-old New Mexico woman accused of abandoning her newborn baby in a dumpster.

Omicron may be peaking in US; Biden sends more COVID tests to schools; plus more morning headlines

Things to know today: Signs show omicron may be nearing peak in U.S. with sharp drop in cases predicted; schools to get more COVID tests; and Fauci fires back.

The rabbi said he threw a chair at the gunman and then escaped with two other hostages after a 10-hour standoff. The hostage taker was killed. 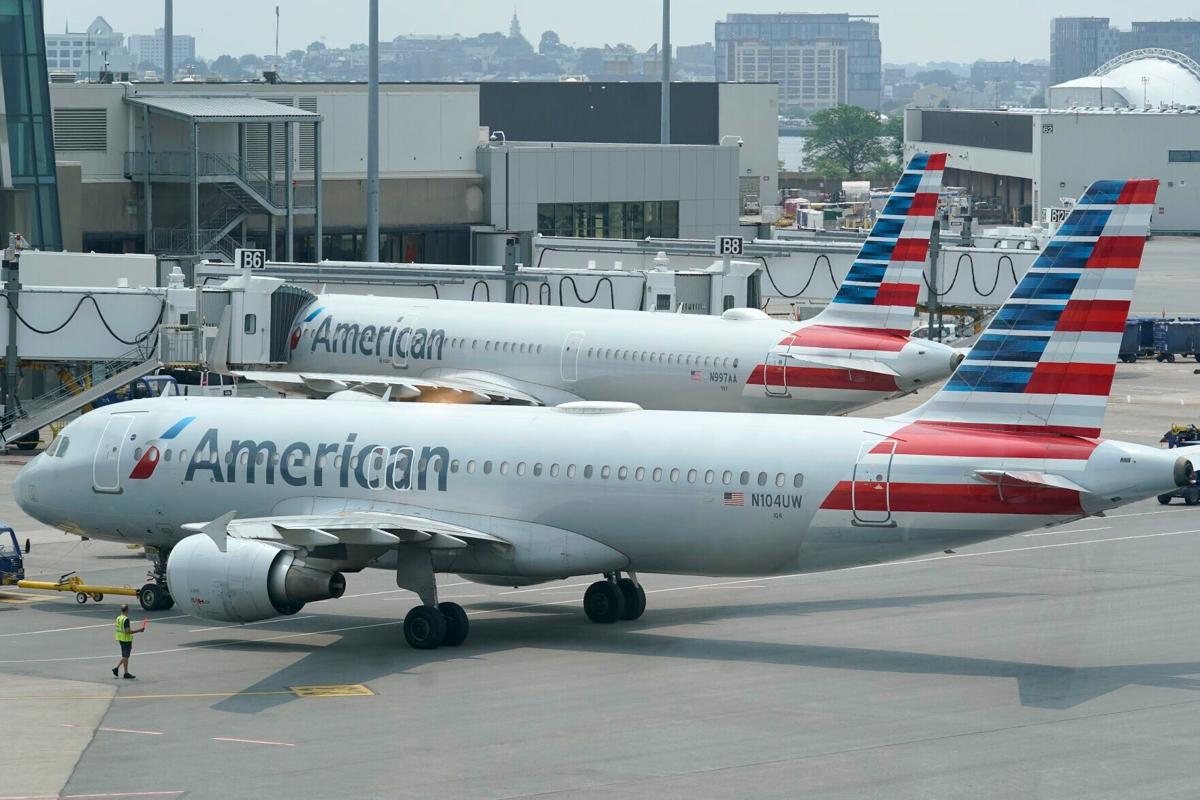 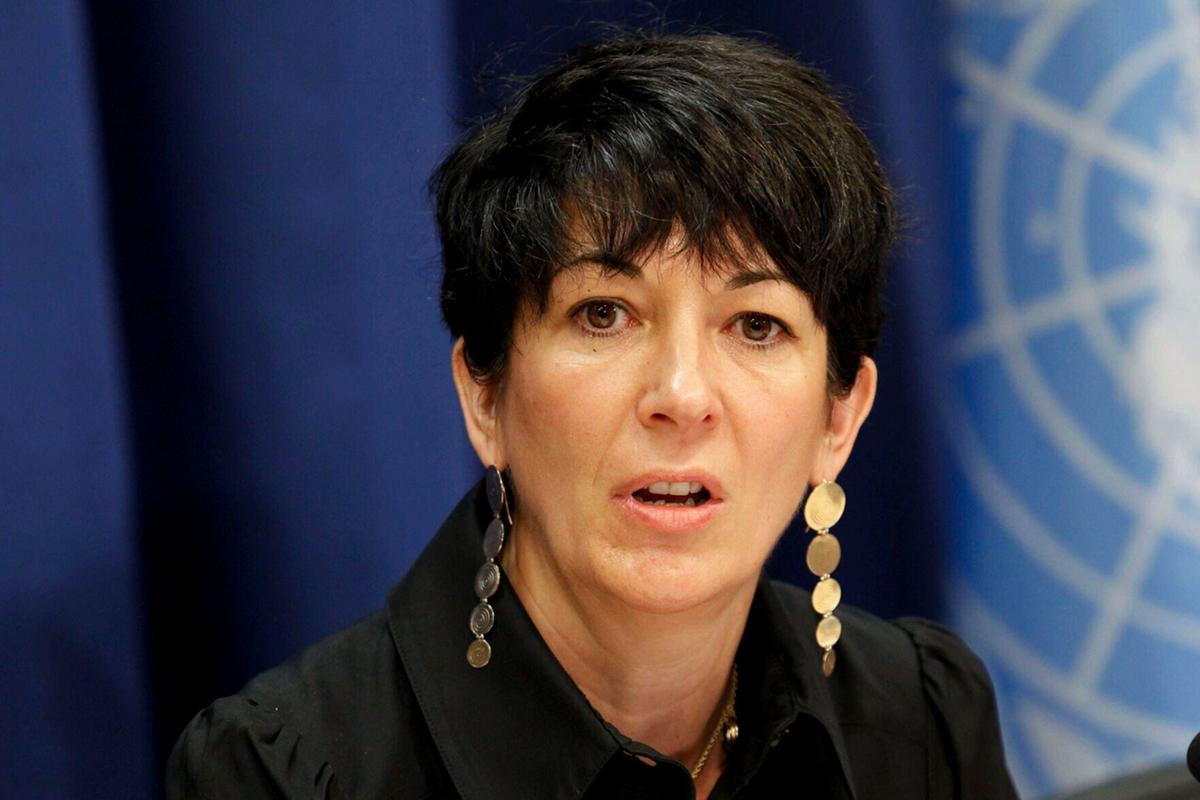 FILE - In this June 25, 2013, file photo, Ghislaine Maxwell, founder of the TerraMar Project, attends a news conference on the Issue of Oceans in Sustainable Development Goals, at United Nations headquarters. (United Nations Photo/Rick Bajornas via AP) 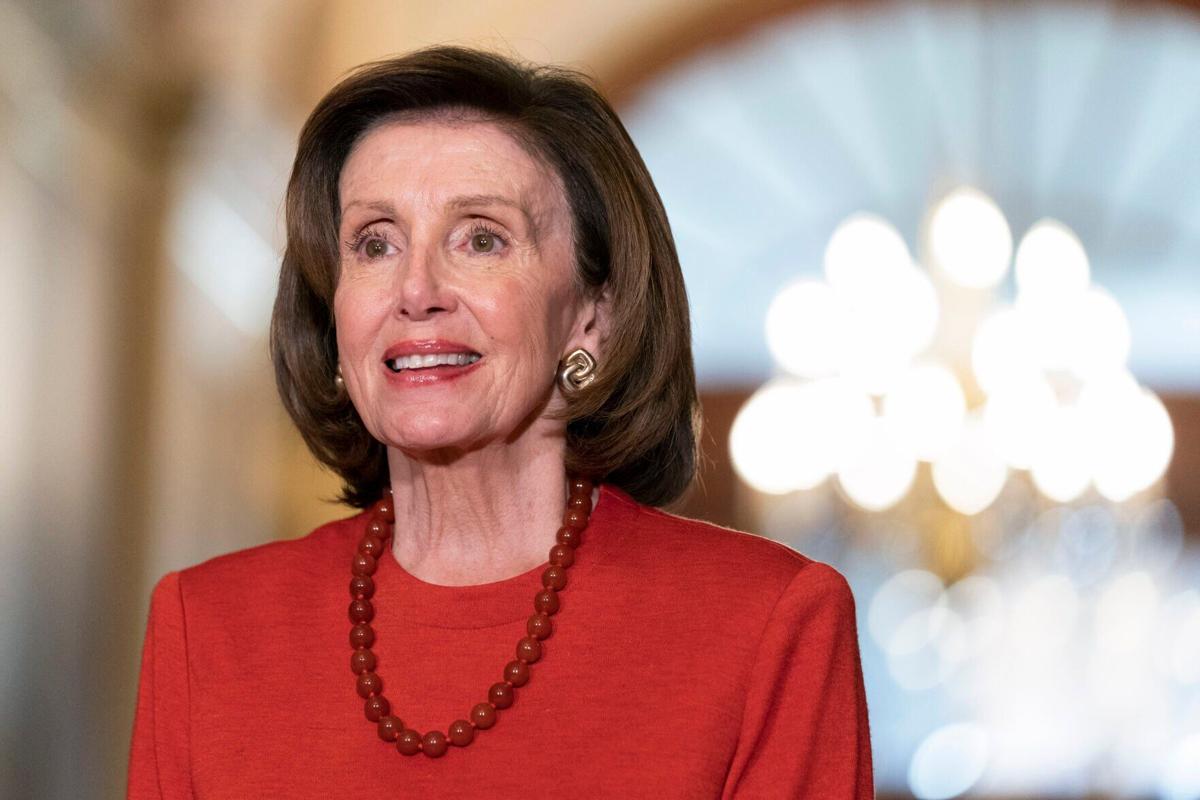 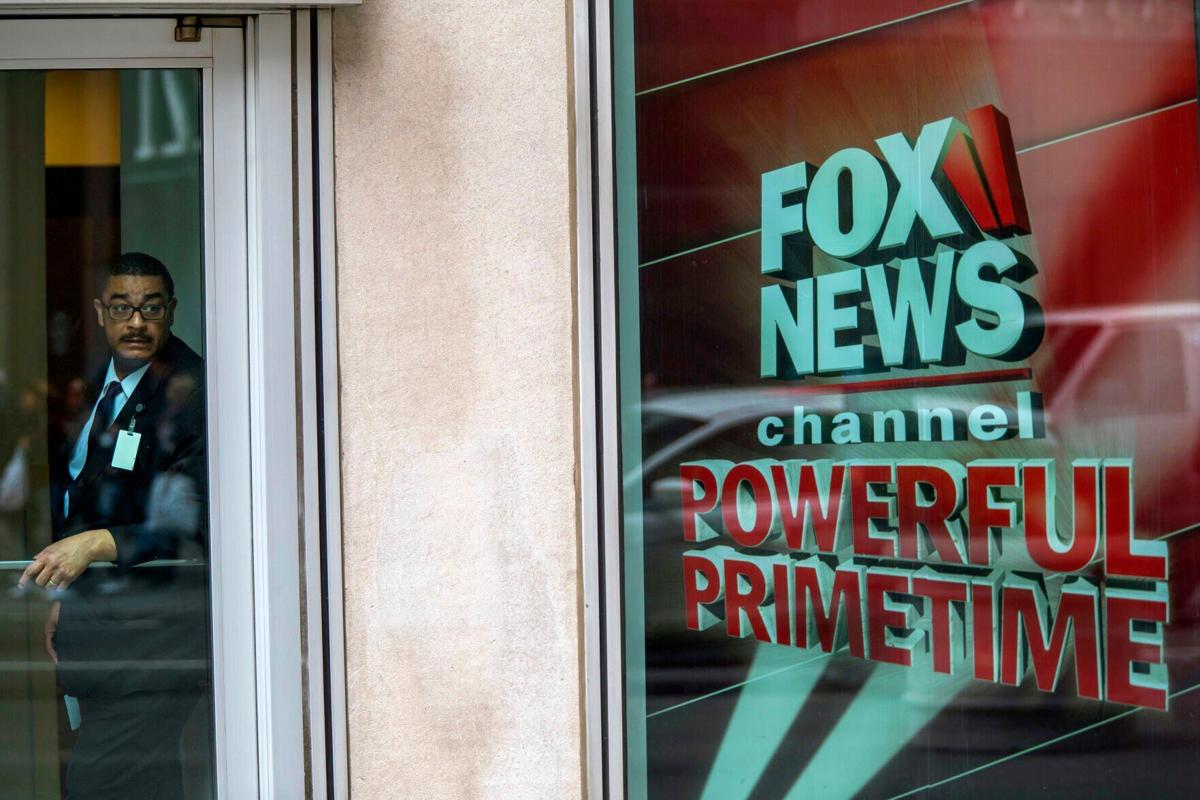 FILE - In this April 19, 2017 file photo, a security guard looks out of the the News Corp. headquarters in Midtown Manhattan. (AP Photo/Mary Altaffer, File)