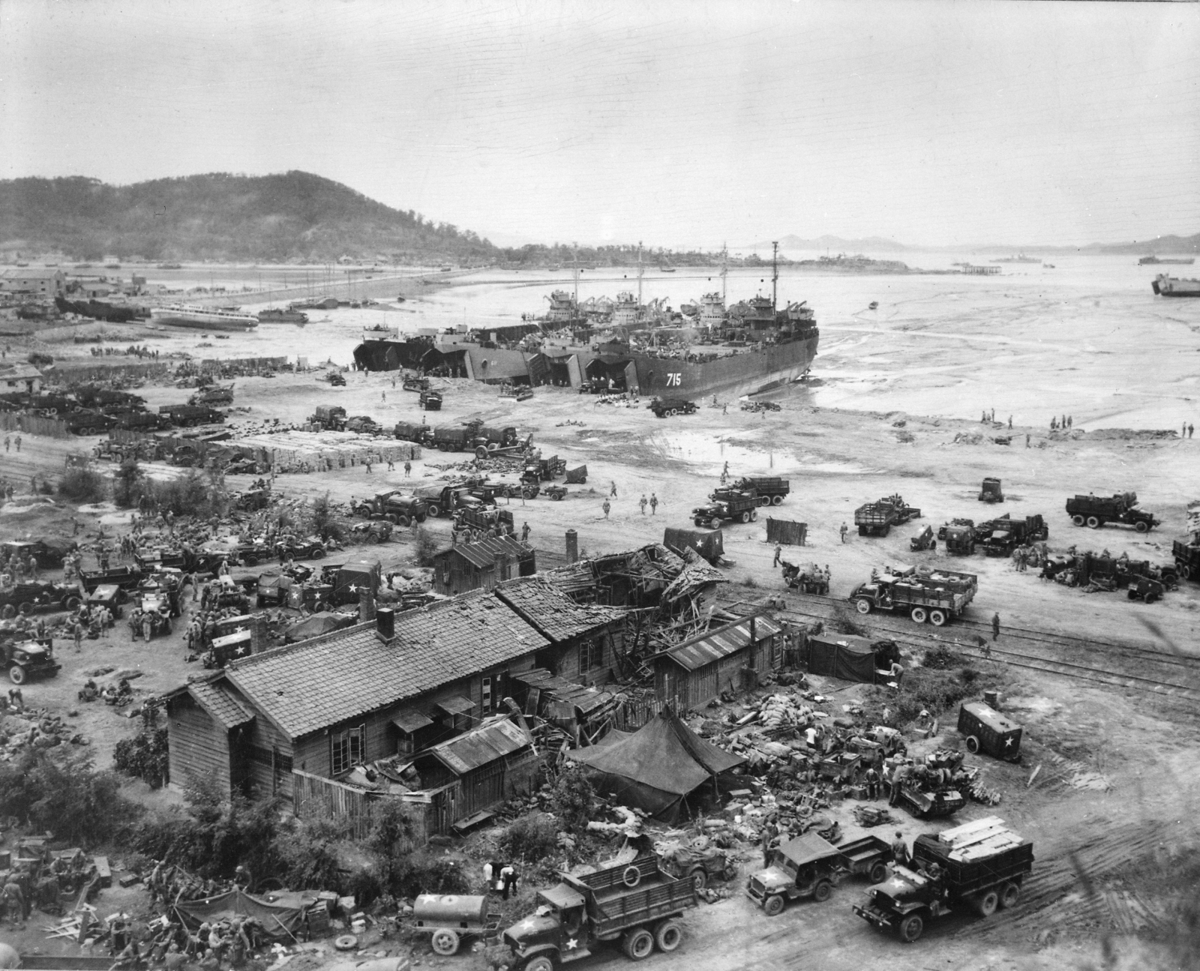 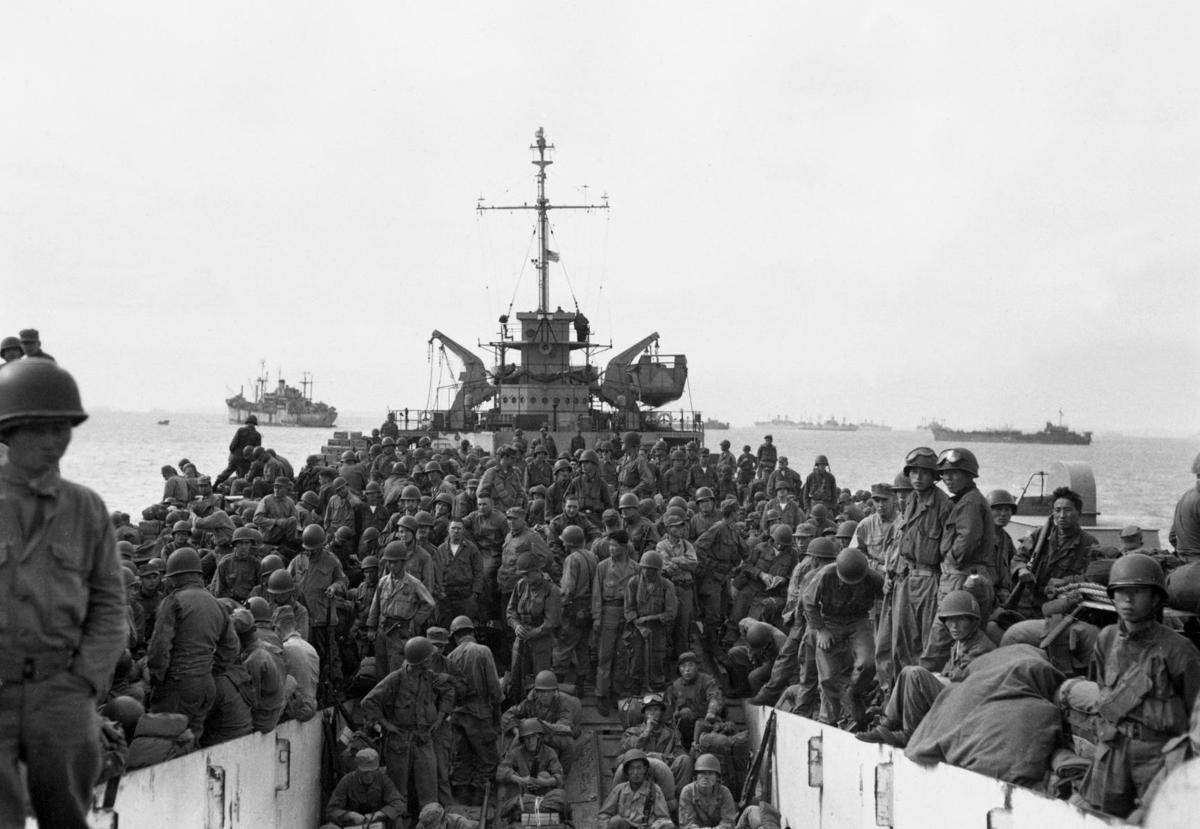 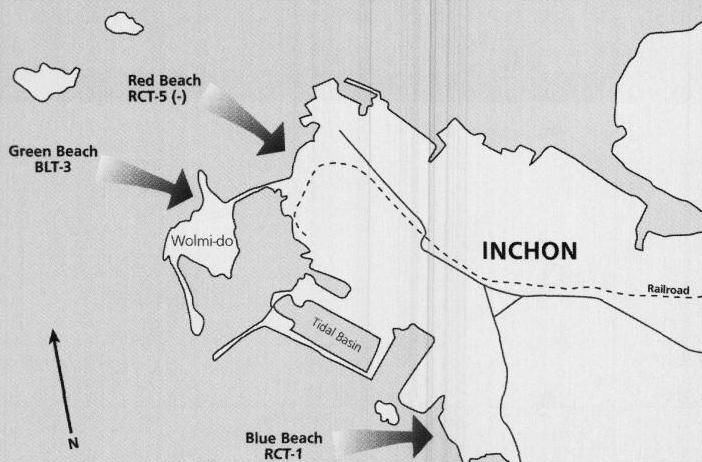 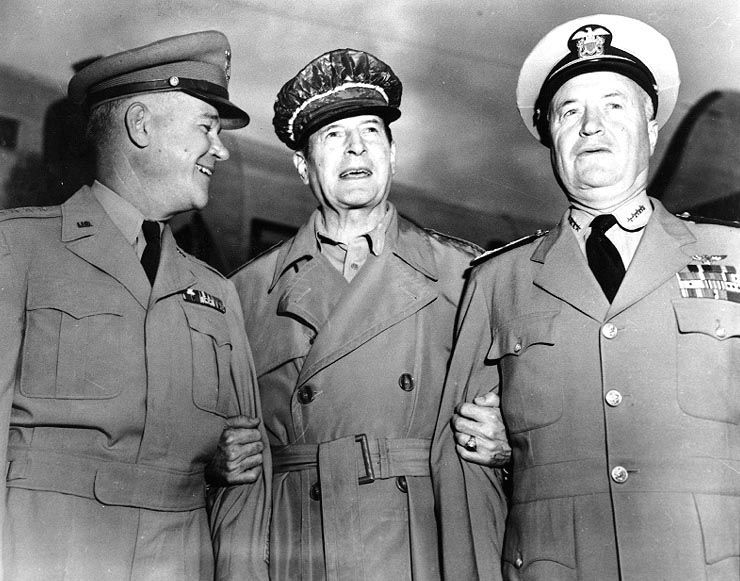 On Sept.15, 1950, history’s last large-scale amphibious landing occurred at Inchon, South Korea during the Korean War. Skillfully conducted 150 miles behind enemy lines, it outflanked North Korea’s siege of the fortified Pusan Perimeter, the 480-square-mile Pusan Perimeter where neither adversary could gain a victory. (Inchon is known as a “landing” rather than an “invasion,” since it occurred in South Korea, not North Korea.

Operation Chromite was the name for the landing at Inchon (also Incheon), the treaty site of official friendship between the U.S. and Korea in 1882. It was the stepchild of Operation Bluehearts, which called for a landing at Kunsan, on lower west coast South Korea, 100 miles directly opposite of the inert Pusan Perimeter.

The driving force behind a risky landing at Inchon was the commander of U.N. forces, the legendary Gen. Douglas MacArthur. Although he overcame all odds to endorse and oversee the Inchon Landing, its choice as a possible amphibious site was not necessarily his own originally. Provisional Pentagon Plan SL-17, copies of which were widely distributed throughout the Far East U.S. command system just after the Korean War began, had theorized an allied pocket of resistance in the Pusan area to be indirectly liberated by an allied landing far north at Inchon, to reverse the war’s momentum.

For the U.S. Joint Chiefs of Staff, a landing at Inchon could be a “perilous gamble or an exemplary boldness.” By 1949, Chairman of the Joint Chiefs of Staff, Gen. Omar N. Bradley, felt that vast amphibious landings in enemy-held territory were obsolete in the atomic age. A large U.S. Air Force and a moderate-size U.S. Army would be mainly needed in the post-World War II reduced U.S. armed forces, using atomic bombs and atomic artillery. A reduction meant a small U.S. Navy and non-existent Marine Corps.

Upon receiving California Congressman Gordon McDonough’s Aug. 29, 1950 letter suggesting an expansion of the U.S. Marine Corps (Camp Pendleton was on the Southern California coast). President Harry Truman retorted the Marines were merely “the Navy’s police force.” He next stated the Marine Corps had a “propaganda machine almost equal to Stalin’s.”

Truman later did apologize to the Marine Corps League, but hard feelings lingered between the president and the diminished Corps.

But in the face of near defeat in the opening weeks of the North Korean invasion of the South, “Send me the Marines,” now echoed from across the Pacific to Washington, D.C. It was the war-cry of an Army general, no less. As a result of his experience in the 1941-45 campaigns against the Japanese, Gen. MacArthur knew that the Marines, elite amphibious shock troops, were essential for Operation Chromite’s success.

USMC veterans from the Pacific War heeded MacArthur’s call by re-enlisting, and the Marines revived as their ranks swelled. The 1st Marine Division reemerged as a full-fledged 15,000-strong force. On Aug. 23, 1950, at a 6th floor conference in the old Dai Ichi Insurance Building (Dai Ichi means “Number One”), MacArthur’s Tokyo headquarters, MacArthur had dramatized before a group of inter-service operational-level fellow officers that a successful landing at Inchon was a “5,000-to-1” long-shot. Yet, he had confidence.

Poignantly, MacArthur listened to speaker after speaker present what amounted to “a litany of reasons why an amphibious operation would not work, [as] Inchon had them all.” Vigorously, he responded that the more assertions he heard against Operation Chromite inclined him moreover to soon launch it.

“The eagle of victory perches only on the banner of those commanders who are willing to take risks,” said a forceful Gen. MacArthur, who outranked every senior officer in all of the U.S. armed forces. “I can almost hear the second-hand of history ticking,” he perorated.

Spellbound, the audience went along with his decision. Chromite was now a “go.”

Daunting odds faced Operation Chromite. The extreme tidal fluctuation of 32 feet with a 30-minute window for landing the Marines, with about 11 hours between high tides, was the greatest risk. The outgoing tide extended oozy mudflats for three miles, making reinforcements by water a meager prospect between landings at Inchon. Twelve- to 14-foot-high concrete seawalls meant that the troop- carrying landing craft could not open their doors, and that scaling ladders would have to be used for the Marines to climb up and over the top before advancing to fan out.

The 8-knot, fast-moving current and the maze of channels at Inchon made good, careful navigation of vessels vexing — few U.S. Navy personnel were familiar enough in so piloting the 261 ships and landing craft at Inchon. (Inchon means “kind river.”)

At 6:33 a.m., the first wave of Marines landed on outlying Wolmi-do (“Moon-tip Island”), whose 400-man North Korean garrison was overcome. Only 17 Marines were wounded.

The second waves of Marines hit north and south of Inchon’s inner harbor at 5:33 p.m. and at 5:32 p.m., respectively. Following up, eight big LSTs, which held tanks, ammo, and supplies, were run aground at the northern landing site. A calculated risk, air and naval supremacy made it a safe gamble for the LSTs.

Scaling the tall manmade seawalls was difficult at times, as most of the ladders did not have hooks to attach to the top as to be secured. (Japanese hooked metal factory ladders had been destroyed by a recent typhoon; Navy wooden ladders were used.)

First Lt. Baldomero Lopez climbed and leaped over the seawall in front of his landing craft. Tossing a grenade, knocking out a machine-gun emplacement, he pulled the pin on another grenade when he was hit by fire, dropping it, next covering himself over it to save his men he had just inspired to follow his lead up from their LCVP. Posthumously, he was awarded the Medal of Honor.

U.S. Marine casualties in the Inchon Landing were nine killed and 47 wounded — one of the killed and 23 of the wounded were hit by friendly fire from panicky gunners on the LSTs that night.

The 1,600 North Korean soldiers defending Inchon on the mainland had been dazed by the prior heavy bombardment from the sea and sky. They were, at any rate, impossibly outnumbered by the 70,000-man allied landing force at Inchon. In addition to the Marines, the 7th U.S. Army Division and ROK troops afloat, all parts of the 10th U.S. Army Corps, would be landing at Inchon to followup the Marines.

A jubilant MacArthur, who observed the Inchon Landing from his command ship, the USS Mount McKinley, announced “The Navy and Marines have never shown as brightly as on this morning.” (Vice Admiral Arthur Struble supervised the landing.)

At a stroke, the Pusan Perimeter had been relieved — and the Marine Corps had been resuscitated.

A dark chapter in the Forgotten War

The Forgotten War: A four-legged corporal serves the Marines

By early 1953, 65 years ago in the Korean War, a remarkable promotion of private to corporal took place. Rather than to a human, the step up in rank went to a horse.

What is Eid and how do Muslims celebrate it? 6 questions answered

Watch Now: How farmers markets will change due to coronavirus, and more COVID-19 stories

Are these social distancing methods safe?