Trump speaks live on coronavirus, puts Pence in charge of US control effort

Reports: 7 killed in shooting at Molson Coors in Milwaukee

The Forgotten War: North Korea comes close to victory
Share this
{{featured_button_text}}
1 of 2 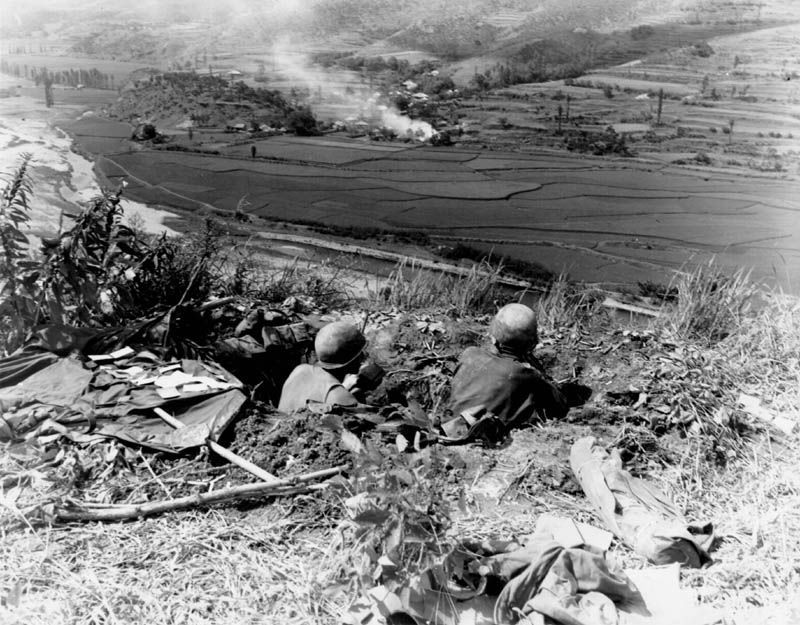 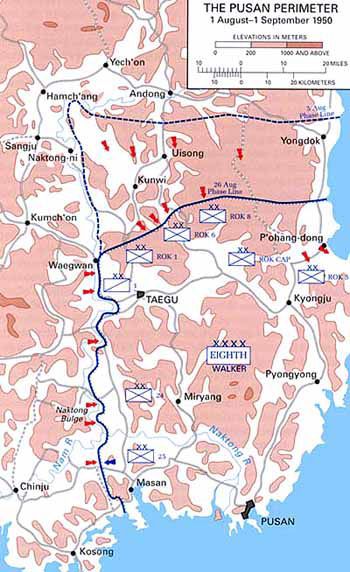 Sixty-six years ago, from August to early September 1950, in the Korean War, U.N. and ROK (Republic of Korea) forces held a small pocket at the southeast tip of the peninsula. Known as the Pusan Perimeter, it formed a rectangle, 60 miles wide by 100 miles deep, and was the last foothold refuge of what remained of South Korea.

However, the war diary found on a dead Imgin Gun soldier, killed in action, showed the reality of the actual pitched fighting when it read, “near Osan there was a great battle.” Bounded by the Naktong (also spelled Nakdong) River on the west, mountains in the north, the Sea of Japan on the east, and the Korean Strait to the south, the emaciated UN/ROK defenders by Aug. 4, 1950, had firm interior lines.

The bridges over the Naktong had been demolished by the retreaters—one, which near Waegan, was blown up while hundreds of panicky South Korean refugees — despite warnings to stay clear, regrettably perished. Impelling the non-combatant South Korean war-displaced civilians to flee southward was possible impressment in the North Korean army and the specter of an unknown future under communism.

Commanding the U.S. 8th Army inside of the Pusan Perimeter, General Walton “Bulldog” Walker issued on July 29, a “stand or die” order to his wavering allied soldiers: “No retreating, withdrawal, or readjustment of the lines; a retreat to Pusan (port) would be one of the greatest butcheries in history (as) capture by these people (i.e., the North Koreans) would be worse than death itself. There will be no Dunkirk, no Bataan; we are going to win.” Walker even bluntly said to one of his field officers that he must stay at the front and could only return in his Gl casket.

It was Walker’s desire to avoid a tragedy of abandoning South Korea through the port of Pusan, with 400,000 refugees and tens of thousands of evacuating allied troops all making it a crucible, while frantically attempting to be sea-transported to the haven of Japan. (Coincidentally, Pusan means “cauldron-harbor-mountain.”)

The UN/ROK advantage was that reinforcements could be quickly rushed to any threatened point. Faulty U.S. intelligence had claimed that the North Korean army greatly outnumbered the over-stretched defenders inside of the Pusan pocket. The U.N./U.S. had 45,000 troops and the ROK, 47,000, both totaling 92,000. The besieging Imgin Gun numbered 70,000 — 22,000 less than the forces it was attempting to defeat.

Fighting an aggressive peninsular war in which they could not outflank the Pusan Perimeter (since they had no navy), the North Koreans, in spite of being close to their goal of conquering South Korea, were racing against time. Having crucial U.N. command of the sea (as well as the air), the allied ground forces in the pocket were receiving 28,000 tons of supplies shipped daily through the great seaport of Pusan. A handy rail line connected Pusan port with the UNC communications center of Taegu — the third temporary capital of the retreating South Korean government — 60 miles northwest of Pusan. (Taejon was the second ROK capital until it fell, July 20.) By mid-August, 500 tanks, including the newer US M-26 Pershings, with their 90mm cannons, had been landed at Pusan, giving the UNC a five-to-one advantage in armor over the NKPA. Ammunition and reinforcements also flowed through Pusan.

The zeal and iron discipline of the Imgin Gun in striving to attain its objective of capturing Pusan port intact, while eliminating the last resistance of the ROK and its imperialist U.S. ally in order to realize its dream of reuniting all of Korea, was highly remarkable. Kim Il Sung, Supreme Commander of the people’s army, himself set the deadline of Aug. 15, 1950 — the fifth anniversary of when the former Japanese occupiers of Korea had surrendered for the communist liberation of South Korea.

Rather than chancing one major thrust, the North Koreans simultaneously struck at many points along the perimeter, hoping to find a weak spot to exploit for a drive straight to Pusan port. At night, the NKPA’s 4th Division crossed the Naktong River at a southwest bulge, establishing a bridgehead on the east bank. Its assault was blunted by the US 27th Regiment, called the Wolfhounds. Radio intercepts of NKPA messages indicated their forces — low on artillery ammo and food — asked to retreat.

On Aug. 17, in retaking Hill 303, north of Waegan, U.S. troops found 26 of their comrades with tied hands, executed by enemy burp-gun fire. Five had survived by burrowing underneath the others. U.S. resolve now firmed up to avoid being captive. By Aug. 19, four days past Kim’s ideal due date for complete conquest, the U.S. 1st Marine Brigade became available for a combined Army-Marine counterattack, which shattered the 4th Division, ironically just renamed as a Red Guards unit by Kim for its capture of Seoul on June 28. Its casualties were 1,200, one-third of whom might well have been saved except for the lack of proper medical care by the NKPA.

Another NKPA drive to capture Taegu during Aug. 18-29, witnessed communist mortar rounds fall around the city, unnerving Syngman Rhee’s government, which fled to Pusan city-port as its fourth and final capital.

True to his own advice, General Walker, headquartered in Taegu, stayed there to continue to direct the defense of the entire perimeter, shrunken by 20 miles in the north from another enemy attack.

Pyrotechnically, as each side exchanged fire, the red shells in the dark seemed to be hurled by mythological giants rather than mortal men. Hence, the U.S. nickname, the “Bowling Alley,” for the fiery fight, opposing soldiers at each end being “pins.”

By Sept. 9, the North Korean attacks all along the Pusan Perimeter at last ceased. Exhausted, overextended, under-equipped and -supplied, the heretofore nearly invincible Imgin Gun had reached its high-water mark in the Korean War.

Five-plus consecutive weeks of fighting in the battles of the Pusan Perimeter cost 4,280 dead, and 16,000 wounded, captured, or missing, the heaviest such U.S. loss for any comparable period of the Korean War. Overall, North Korean casualties were perhaps 58,000, and the ROK’s were also very heavy. The close-run perimeter battles left a South Korean rump state only one-eighth of its former size.

John Stephen Futini is a history enthusiast who lives in Napa.

A dark chapter in the Forgotten War

Another Fourth of July has passed into history. Independence Day, despite the emphasis on fireworks and barbecues, is celebrated for an Americ…

This information is the latest I have on the complaint with P.G.& E. and its use of the tier system authorized by the state legislature in…

The Forgotten War: A four-legged corporal serves the Marines

By early 1953, 65 years ago in the Korean War, a remarkable promotion of private to corporal took place. Rather than to a human, the step up in rank went to a horse.

Our movies podcast, '... Just to be Nominated' looks forward to the films coming out in 2020