Video footage of the last known thylacine, or Tasmanian tiger, has been released by the National Film and Sound Archive of Australia (NFSA).

In the 21-second clip (shown in the YouTube video above) the animal, named Benjamin, is prowling around his cage at Beaumaris Zoo in Hobart, Tasmania, according to a press release.

The footage, released Tuesday, was filmed in 1935 for a travelogue called "Tasmania The Wonderland," just a few months before Benjamin died.

Thylacines were large carnivorous marsupials that looked like a cross between a wolf, a fox and a large cat. They hunted kangaroos and other marsupials as well as rodents and small birds, according to the Australian Museum.

They once lived throughout continental Australia but became extinct on the mainland around 2,000 years ago, perhaps due to competition with dingos and hunting pressure from humans, said the museum.

The animal was then confined to the island of Tasmania, where the remaining population declined due to the introduction of dogs and hunting by humans, who considered the thylacine a pest.

In the clip, which the NFSA digitized in 4K resolution, Benjamin can be seen pacing around while two men watch on, rattling his cage.

The narrator says the thylacine "is now very rare, being forced out of its natural habitat by the march of civilization."

Benjamin was the last known thylacine in captivity, and these are the last confirmed moving images of the species. His death on Sept. 7, 1936, is thought to have marked the extinction of the species after another specimen died at London Zoo in 1931.

There are only around three minutes of black and white video of the species that have survived, filmed at both Beaumaris Zoo and London Zoo. No color footage has been found.

The thylacine moved stiffly and generally at a slow pace, hunting alone or in pairs and mainly at night, according to the museum.

While the species is thought to have become extinct when Benjamin died, Tasmania's Department of Primary Industries, Parks, Water and Environment released a document in October detailing eight reported sightings in the past few years.

While stories abound that some continue to live in the remote wilds of Tasmania, there has been no hard evidence to support this, only claims of sightings.

A May 23 photo shows a furry animal with distinctive markings appearing to eat a marine animal carcass. A biologist confirmed it was indeed a wolverine. 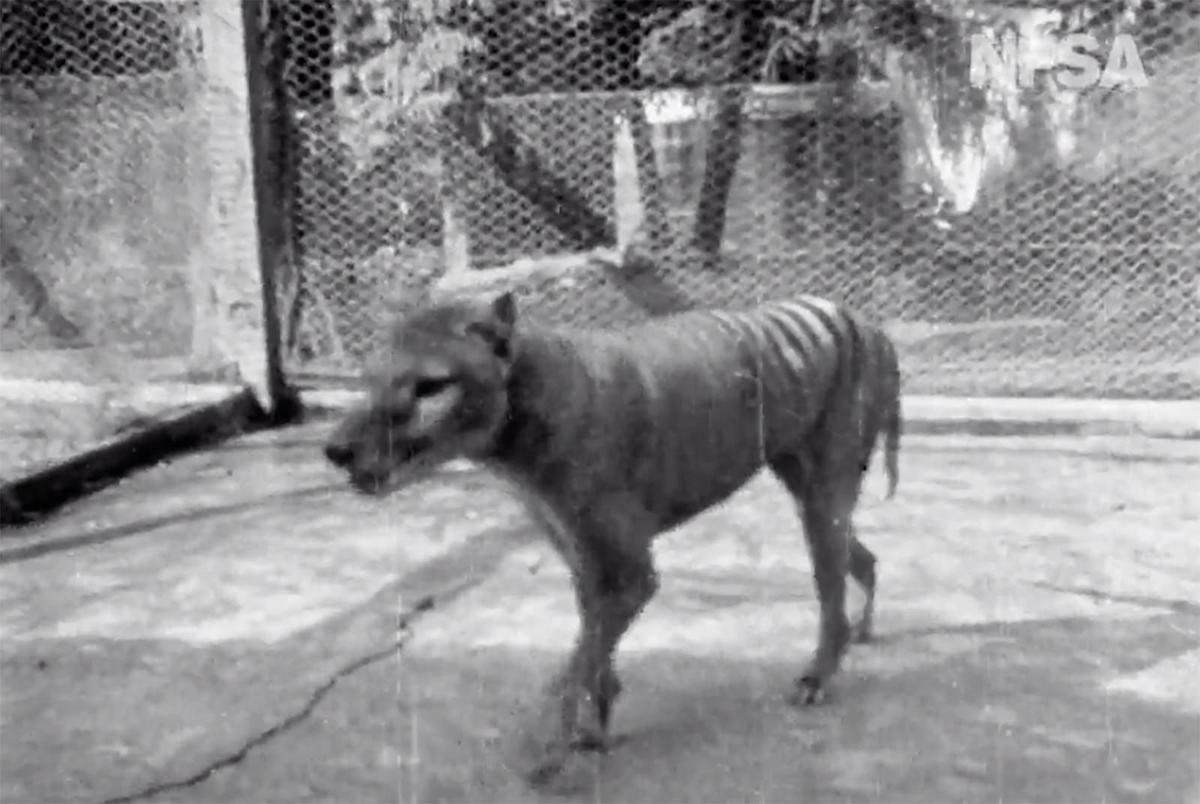 Benjamin, the last known thylacine or Tasmanian tiger, was filmed in 1935. 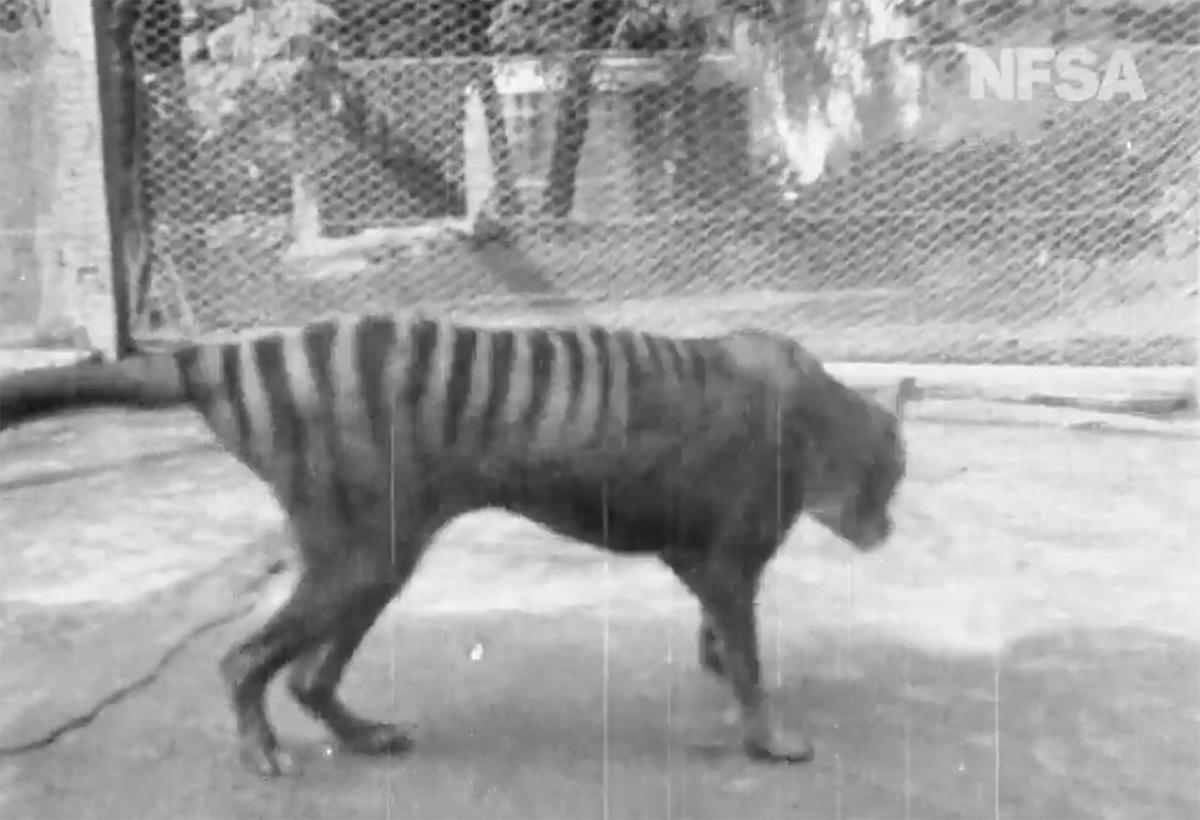 The Tasmanian tiger looked like a cross between a wolf, a fox and a large cat. 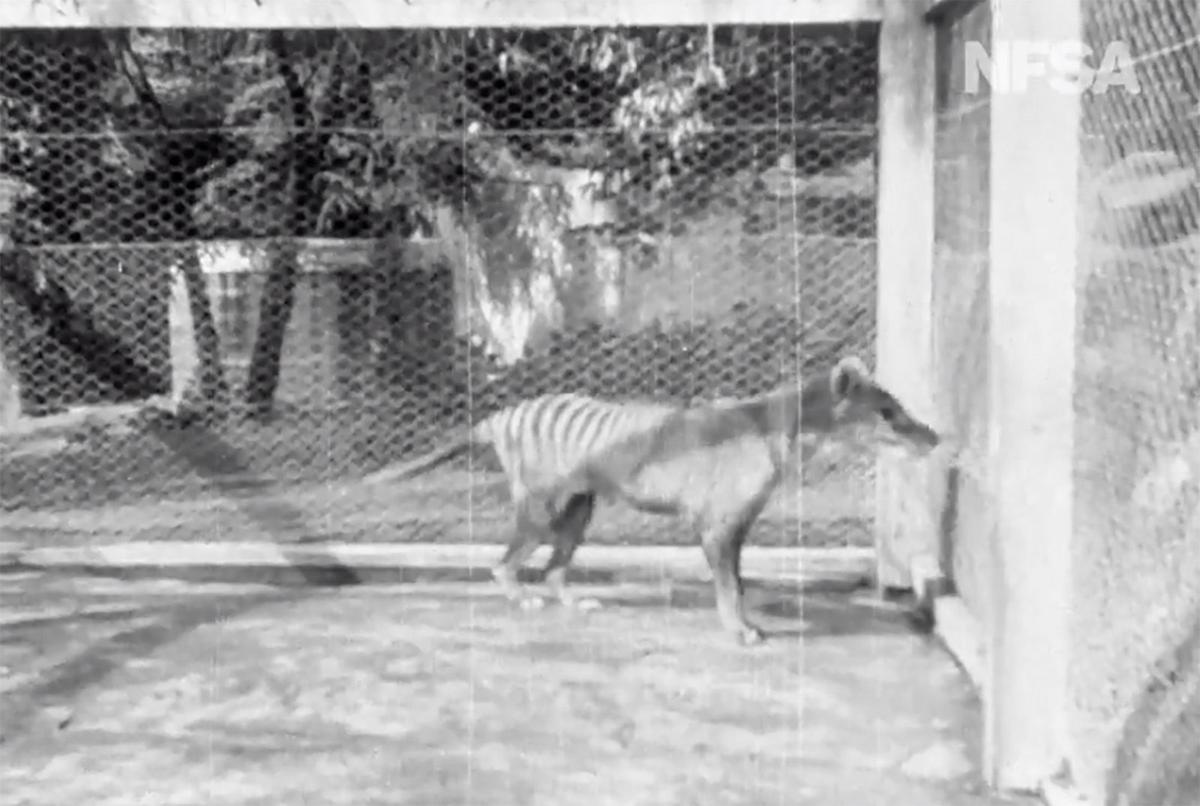 Thylacines had yellowish brown fur, powerful jaws and a pouch for their young.