About 67 million years ago, a feathered raptor dinosaur with the grace and hunting skills of a cheetah took down prey with grasping sickle-like claws.

The fossils of the newly discovered dinosaur, Dineobellator notohesperus, were discovered in New Mexico, according to a new study.

Robert Sullivan, research associate at the New Mexico Museum of Natural History and Science, first discovered the fossils in 2008. The fossils were in rocks dating back to the Cretaceous period in the San Juan Basin in New Mexico.

Sullivan and his colleagues, including State Museum of Pennsylvania curator of paleontology and geology curator Steven Jasinski, excavated and collected 20 fossils over four separate digs.

They named it Dineobellator notohesperus, which means "Navajo warrior from the Southwest" to honor the Navajo people who live in the same region. The study published Thursday in the journal Scientific Reports.

The funky-looking dinosaur was on the small side, only about three feet tall at the hip, reaching between six and seven feet long and only weighing about 40 to 50 pounds.

Researchers now believe that all dinosaurs in the raptor family, including the Velociraptors of "Jurassic Park" fame, were covered in feathers. Dineobellator is no exception, with the presence of quill knobs, or bumps, left on fossilized bone, suggesting the same.

The raptor family of dinosaurs is known as dromaeosaurids. And this new fossil sheds light on their diversity and evolution — especially as one of the last surviving raptors before all dinosaurs went extinct.

Dineobellator was built to be a carnivorous predator who thrived, even during the reign of Tyrannosaurus rex at the end of the Cretaceous period before the mass extinction event 66 million years ago.

Jasinski was able to visualize the dinosaur's specialized, unique features by studying its fossils — things that may not have even been apparent if you observed a live dinosaur.

The shape of its bones, like its upper arm bone, allowed muscles to be attached from a different angle, providing more strength. It also had excellent grip and grasping strength.

Compared to other dinosaurs at the time, like Tyrannosaurus rex, they had relatively larger, longer arms, Jasinski said.

"Combining the large claws with the stronger arms and grasping ability suggests Dineobellator could have used this combination to jump on and attack much larger dinosaurs than themselves, and this would have been especially useful if a pack went after dinosaurs several times their size," he said.

This particular dinosaur bears scars on its bones from some of its rough encounters.

Something caused an injury to its ribs, but the dinosaur survived and its bone even regrew and healed. There is also a gouge and puncture mark on one of its claws that was likely caused by another Dineobellator sinking its own claw into it. The conflict was likely over a mate or resources.

"It is interesting to find out new things about a species of dinosaur, but it's especially surprising when you can understand a bit more about the life of a single individual," Jasinski said.

One of the most unique features was its tail. Raptors were known for having long, stiff tails that helped provide balance and allowed for greater speed, stabilized by bones and tendons.

But Dineobellator's tail was more mobile at the base, which was near its hips.

"Think of a cheetah chasing a gazelle," Jasinski said. "The tail is held straight, but when the gazelle changes direction, the cheetah whips its tail around to counterbalance its change of direction. This increases the cheetah's agility by having the tail act as a counterbalance for the sudden changes in direction."

So not only was Dineobellator able to run with balance and speed in a straight line, but it could also turn quickly and change directions, "making it an excellent pursuit predator, and potentially better than other dromaeosaurids," Jasinski said.

Geographically, the discovery puts Dineobellator in southern North America at a time when most raptors had already disappeared from the fossil record.

It's most closely related to Velociraptor and other species like it, which originated in Asia. This means Dineobellator's ancestors not only migrated from Asia before the mass extinction, but raptor dinosaurs likely ventured back and forth on this route multiple times.

Living in a diverse ecosystem filled with a wealth of other Late Cretaceous dinosaurs, Dineobellator would have thrived by hunting prey across open habitats. Tyrannosaurus rex, however, likely stuck to the forest's edge, Jasinski said.

"All of this leads to the picture of an active, swift, agile predator living in the twilight of the time of the dinosaurs without realizing that a catastrophe was just around the corner," Jasinski said. "This dynamic ecosystem was doing well, with a large variety of dinosaurs and other animals, right up until the mass extinction at the end of the Cretaceous."

Jasinski warned that it's not too dissimilar from the current state of things.

"If we don't want our tigers and polar bears and other endangered animals to suffer the same fate as Dineobellator, we must seek to change what's happening and stop being a modern day 'asteroid,' " he said.

Sixteen named storms, including eight hurricanes, are forecast for the 2020 Atlantic hurricane season, according to early predictions released Thursday.

Sit In at Lee Circle 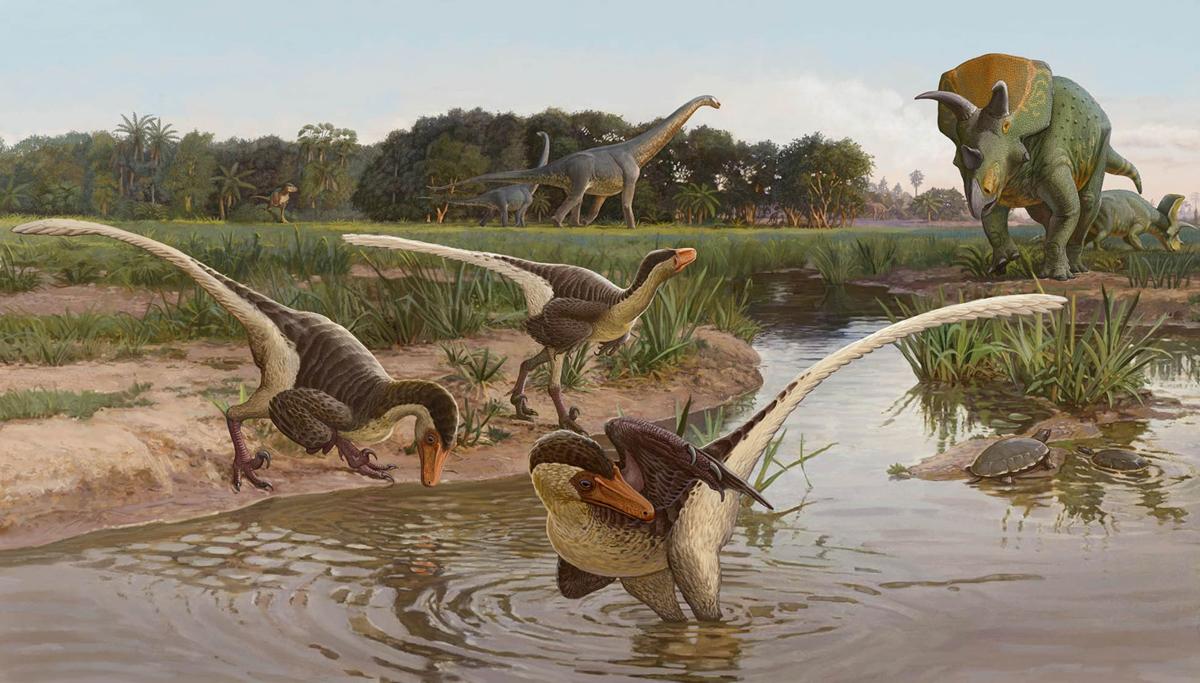 About 67 million years ago, a feathered raptor dinosaur with the grace and hunting skills of a cheetah took down prey with grasping sickle-like claws. 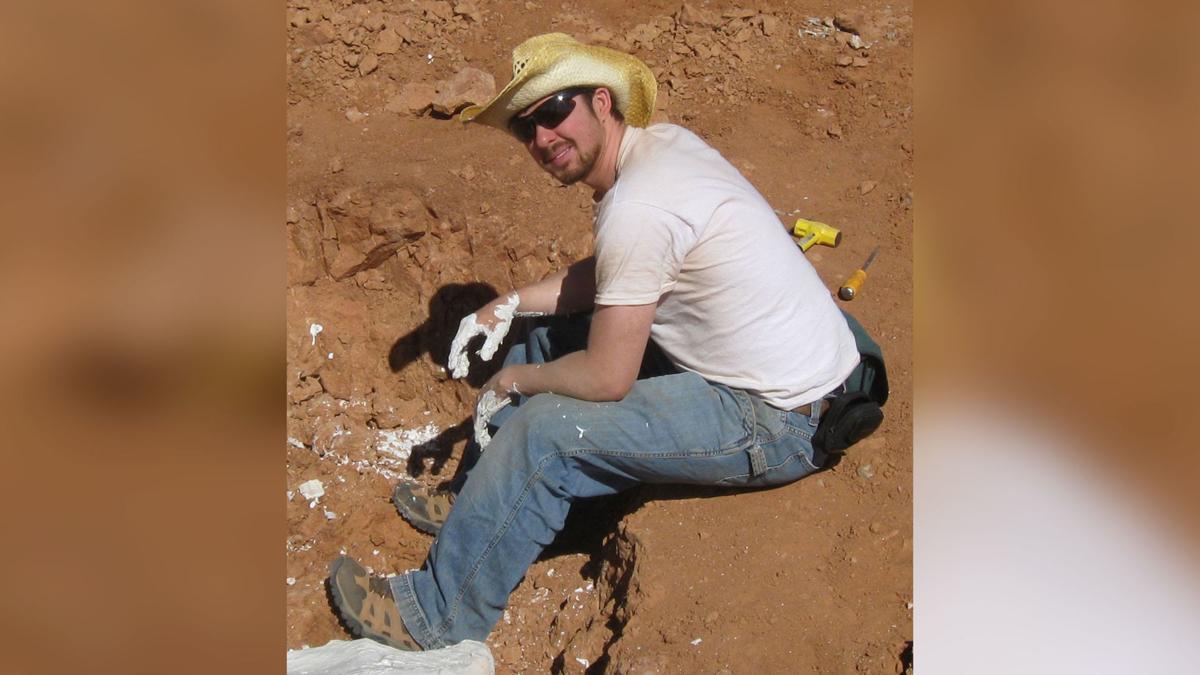 Steven Jasinski is pictured during one of the digs in New Mexico.