Looking for omicron: How long until variant is found in U.S.?

California has taken a major step toward regulating dangerous "forever chemicals" in drinking water by proposing new health limits for two of the most pervasive contaminants.

Called "forever chemicals" because they persist in the environment, the contaminants are ubiquitous. Traces of two -- perfluorooctanoic acid (PFOA) and perfluorooctane sulfonate (PFOS) -- are in the well water of 146 public water systems serving nearly 16 million Californians, a CalMatters analysis found last fall.

Long used to make non-stick and stain-proof coatings, firefighting foams and food packaging, the perfluorinated chemicals have been linked to kidney cancer and other serious health conditions in people drinking contaminated water. They often are found near airports, military bases and landfills.

State officials will seek public comments and outside scientific review of the proposed "public health goals" before they are finalized, which could take at least a year, said Sam Delson, a spokesperson for the state Office of Environmental Health Hazard Assessment.

After that, another agency, the state Water Resources Control Board, will develop enforceable standards. Those standards must under state law be set as close as possible to the health goal while considering what is economically and technically achievable. That process could take several years.

The health goals are based on concentrations that would pose "no significant health risk" to people, according to the report by the Office of Environmental Health Hazard Assessment. Attaining them would limit Californians' risk to one case of cancer per one million people over a lifetime, based on studies of people and lab animals.

"We don't consider a (public health goal) to be the boundary between safe and dangerous. It is a goal for negligible risk," Delson said.

A nanogram per liter is equivalent to a part per trillion -- or one cup of a contaminant in a trillion cups of water.

"Keeping levels low will ensure that those who are most likely to experience adverse health outcomes, like children or people ... who live in areas of high exposure, will be adequately protected," said Jamie DeWitt, a professor of pharmacology and toxicology at East Carolina University, who studies the chemicals but was not involved in California's analysis.

But cleaning up water to meet stringent standards for perfluorinated chemicals would be expensive. At military sites alone, the US Government Accountability Office estimates that investigating and cleaning up the contamination will cost far beyond the $3.2 billion that the Department of Defense spent in 2020 and expects to pay in 2021.

These chemicals are everywhere, in everyone

Nationwide, the drinking water of up to 80 million people is estimated to contain at least 10 nanograms per liter of the two chemicals combined, according to a study by the Environmental Working Group, an environmental group that focuses on toxic substances.

The chemicals are everywhere, in virtually everyone, in samples taken from pole to pole -- they have accumulated not just in water, but also in soil and in human and animal bodies, beginning in the late 1940s, when 3M Co. developed a process to make them.

"They've shown toxicity in animals and in humans," said Elaine Khan, chief of the Water Toxicology Section at the Office of Environmental Health Hazard Assessment. "It's definitely something that we need to address in terms of protecting public health."

Olga Naidenko, vice president for science investigations at the Environmental Working Group, said California's analysis confirms that the chemicals pose health risks at levels lower than the parts per trillion dominating discussions at the national and international levels.

Philippe Grandjean, a renowned environmental health scientist at Harvard University, said the U.S. Environmental Protection Agency has been "exceedingly slow" enacting water standards for perfluorinated chemicals." He said he hopes that California "will continue the effort to show the way to control or eliminate" them in the environment and in human bodies.

So far, there are no federal enforceable limits on any of the thousands of perfluorinated chemicals. Federal advisories set guidelines for PFOA and PFOS in drinking water of 70 parts per trillion, combined. The EPA announced plans in February to regulate the two chemicals, but standards are still likely years away.

In the absence of federal standards, a patchwork of recommendations and regulations have emerged across the country. Nine states have set guidelines ranging from 8 to 35 parts per trillion for PFOA and 10 to 40 for PFOS, according to an analysis published last year.

CalMatters' analysis in November 2020 found that nearly 200 drinking water wells, or 15 percent of those tested, have exceeded the new thresholds in at least one round of testing over the prior year.

The new public health goals don't change anything for now, said Darrin Polhemus, deputy director of the water board's drinking water division. "This is the very, very, very first step of the regulatory process," he said.

But some water providers may want to enforce them, or at least start developing plans to remove the chemicals from their water or blend supplies to dilute them.

"These are really important chemicals to address," Khan said, "because they are forever chemicals, and they stay around for a very, very long time." 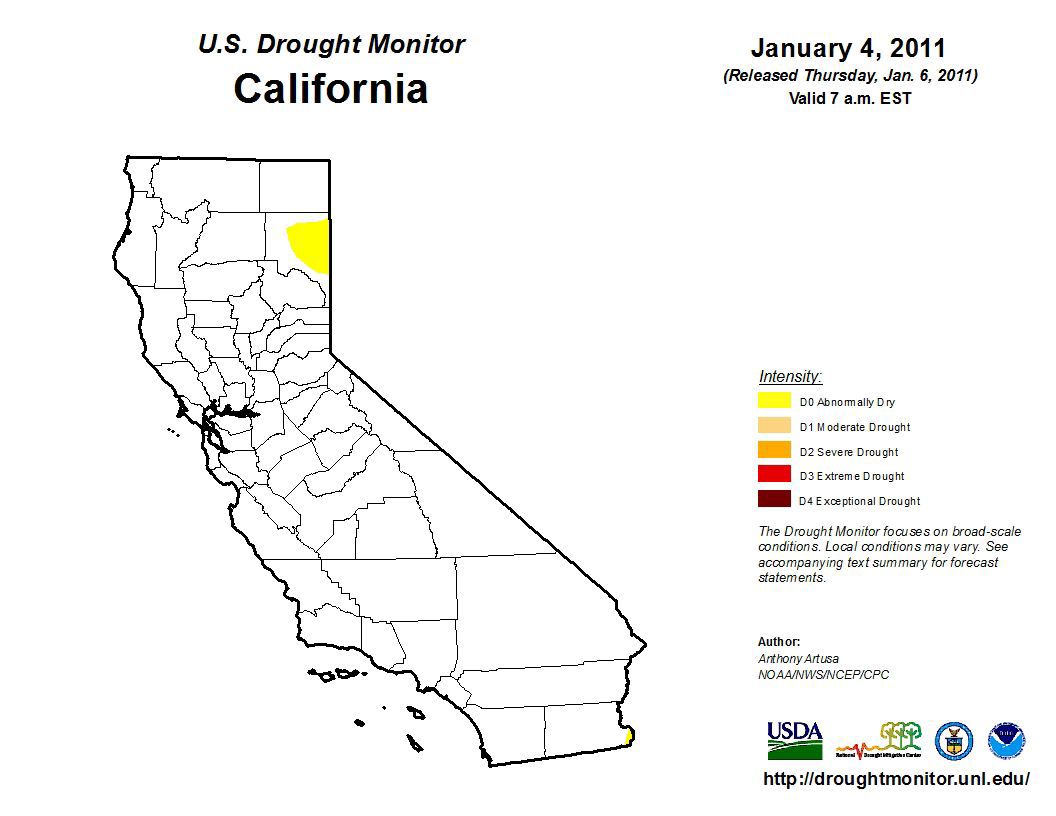 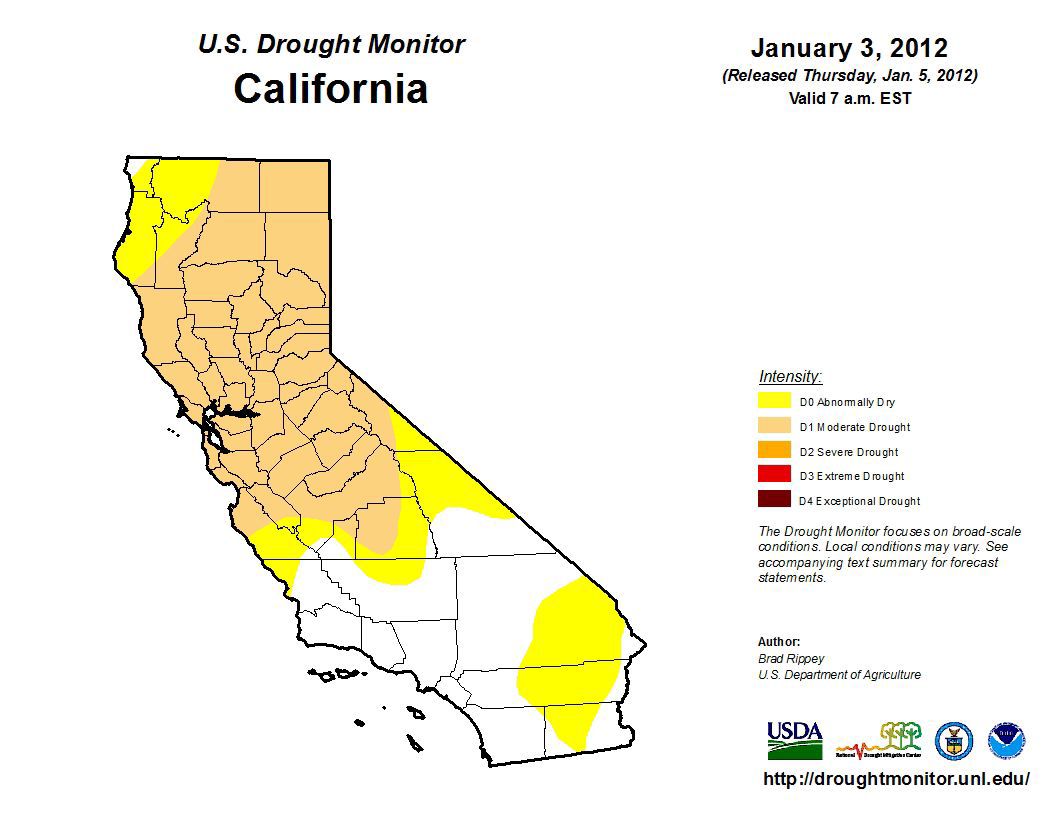 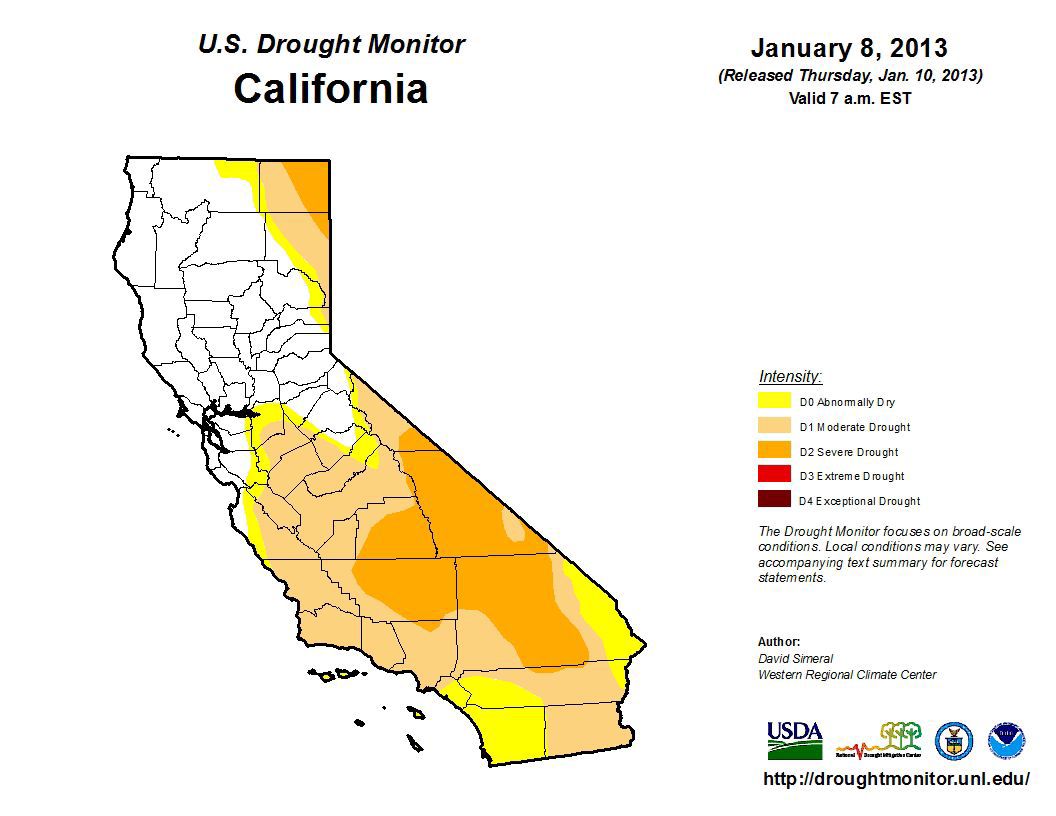 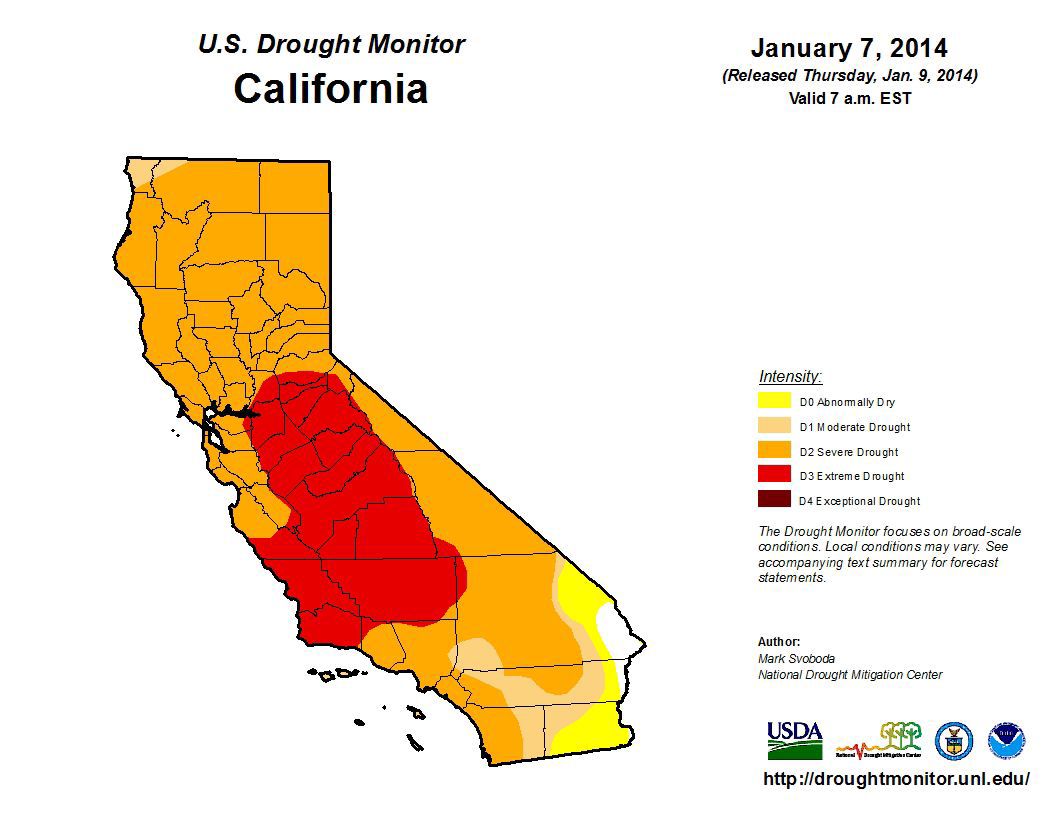 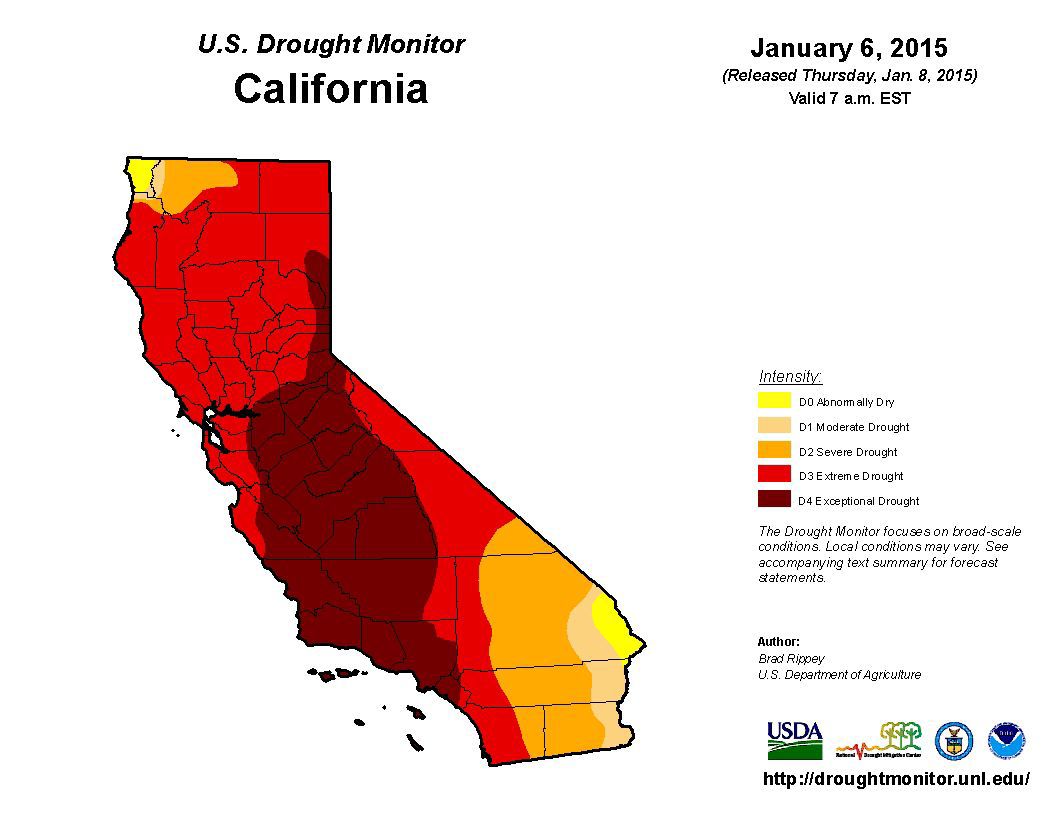 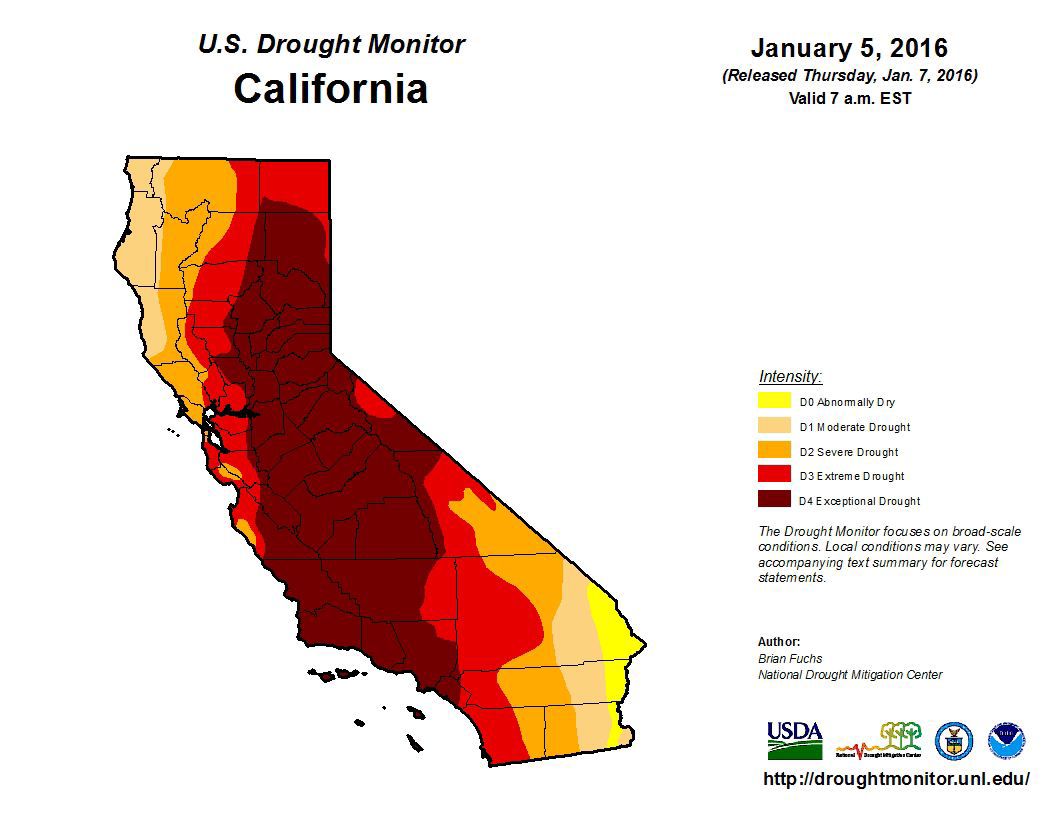 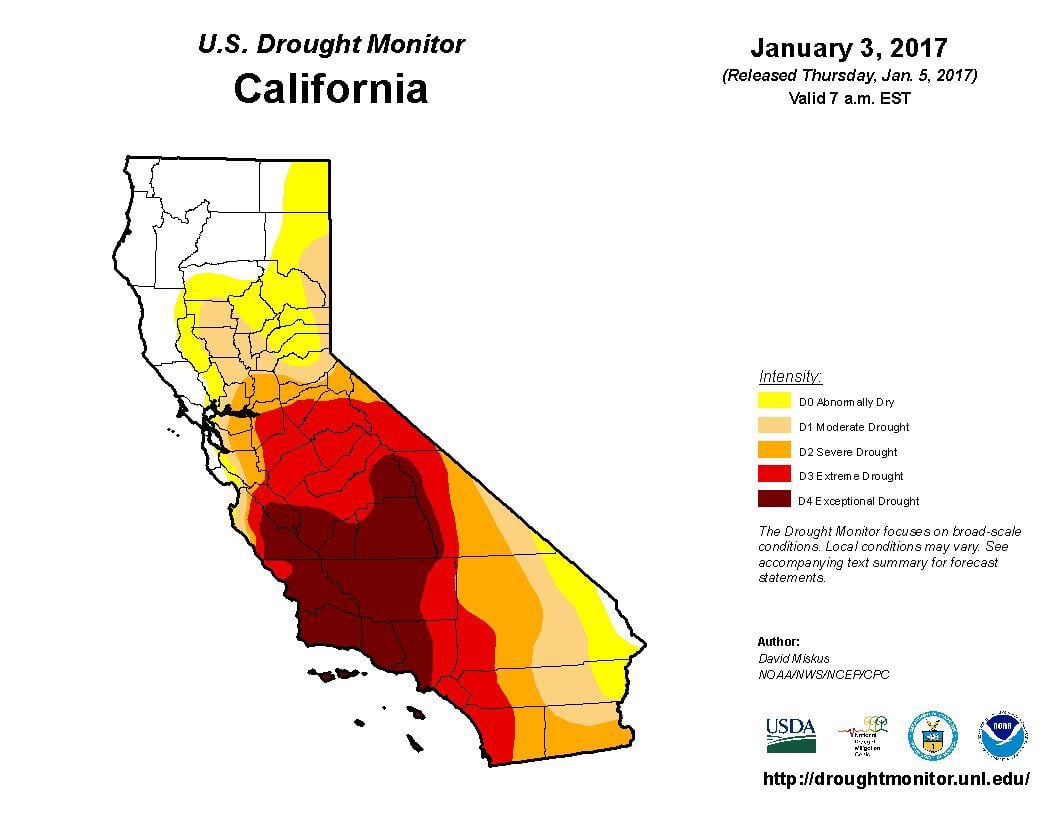 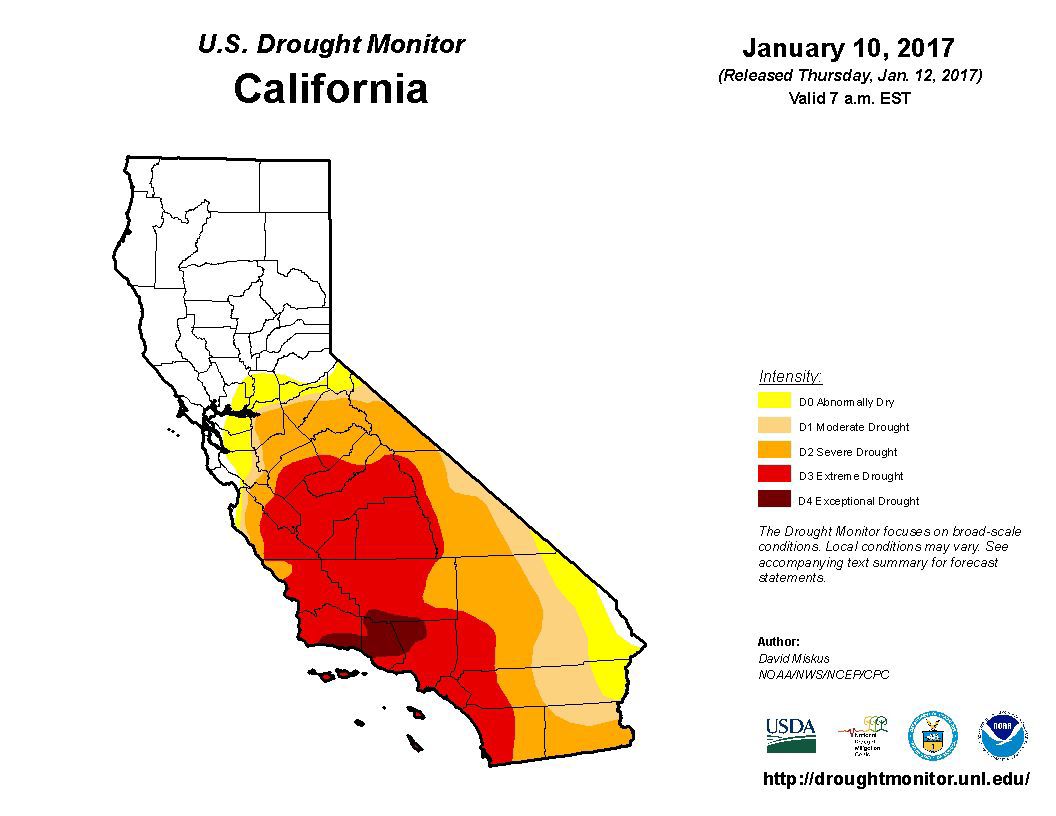 Does this month's welcome deluge of rain mean the drought is over? Not quite, according to the U.S. Drought Monitor, a collection of federal agencies and research institutions monitoring water supplies nationwide, though as of this week, Napa County is finally out of the drought zone. Here's a look at California's epic drought, as seen in Drought Monitor reports from the first week each January, starting in 2011, when water was plentiful statewide.