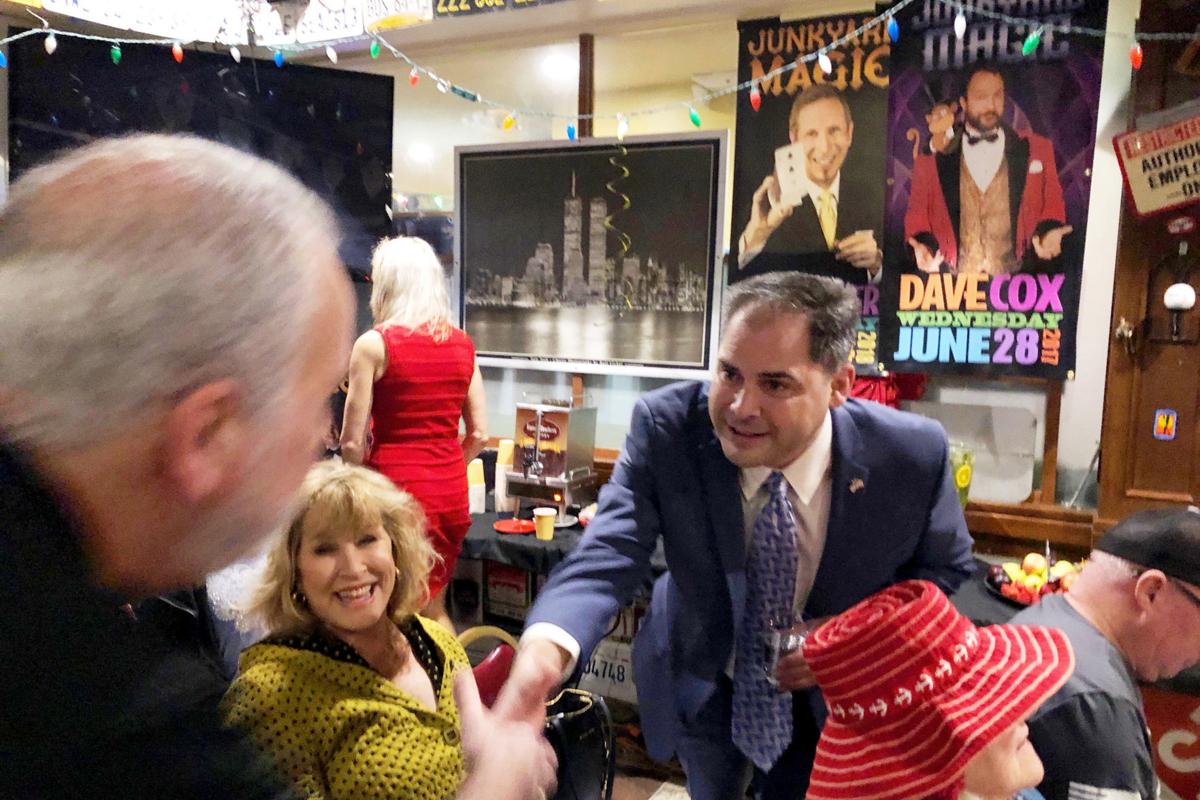 Clem Miller, a congressman from California’s North Coast known as Spendin’ Clem for his ability to bring home pork-barrel funding, was a shoo-in for re-election to a third term in 1962.

However, a month before the election, a small plane carrying Miller to a campaign appearance crashed in the hills east of Eureka, killing him, the pilot and the pilot’s young son.

It was too late to remove Miller’s name from the ballot, so voters still had to either vote posthumously for Miller, or for Republican Don Clausen, a little-known Del Norte County supervisor.

The national Republican Party quickly poured money into the sprawling district, hoping that they could snatch away a congressional seat, but voters opted for the dead congressman over Clausen.

A special election was scheduled two months later. Republicans stuck with Clausen, since they had already invested heavily in his candidacy, while Democrats nominated Miller’s field representative, William Grader.

The contest drew national media attention, with journalists portraying it as the first test of popularity for John Kennedy, who had been elected president two years earlier, and when Clausen won, it was widely interpreted as a setback for the young president.

The Clausen-Grader duel was an example, although neither the first nor the last, of a tendency to read too much into such special elections. We saw another example this month when a Southern California congressional seat, which had shifted from Republican to Democratic ownership in 2018, flipped back to the GOP.

A year and a half ago, Democrat Katie Hill ousted Republican Congressman Steve Knight in the 25th district, which runs horizontally from the Los Angeles County suburbs along Interstate 5 in the Tehachapi Mountains eastward and downward into the high desert of the Antelope Valley.

For many years, the region had been voting Republican, even as the state as a whole became dominated by Democrats. Hill was one of seven Democrats who claimed Republican districts that year in California, cutting the GOP’s delegation in half to just seven seats out of 53.

However, Hill very quickly became embroiled in a sex scandal and resigned. Gov. Gavin Newsom called a May 12 special election to fill out the remainder of Hill’s term. Democrats got behind Christy Smith, a first-term member of the state Assembly, and Republicans put up Mike Garcia, a defense industry executive and former Navy pilot.

As with the Clausen-Grader contest 57 years earlier, the Smith-Garcia race drew national media and political attention and big infusions of political cash. Newsom decreed that it would be an all-mail election due to the coronavirus pandemic and Trump complained, without merit, that Democrats were trying to steal the election when an in-person voting site was opened in Lancaster at the behest of its Republican mayor.

Garcia’s easy win touched off new waves of speculation that it heralded a GOP comeback in California. However, that interpretation is no more valid now than it was in January, 1963, when Clausen claimed his victory.

Garcia will face Smith again in November, when the Democrats’ seven-point voter registration edge, Trump’s low standing in California and the much higher voter turnout of a presidential election will come into play. Were Garcia to win re-election then, it would indeed be a significant gain for Republicans. But were he to lose, this month’s special election would be just another obscure footnote to political history.

(A personal note: The 1963 Clausen-Grader contest was the first political campaign I ever covered and I attended high school in Lancaster.)

The Capitol's perennial jousting over workers' compensation has been jolted by Gov. Gavin Newsom's order extending eligibility for benefits to all workers deemed to be essential who are infected with coronavirus, columnist Dan Walters says.