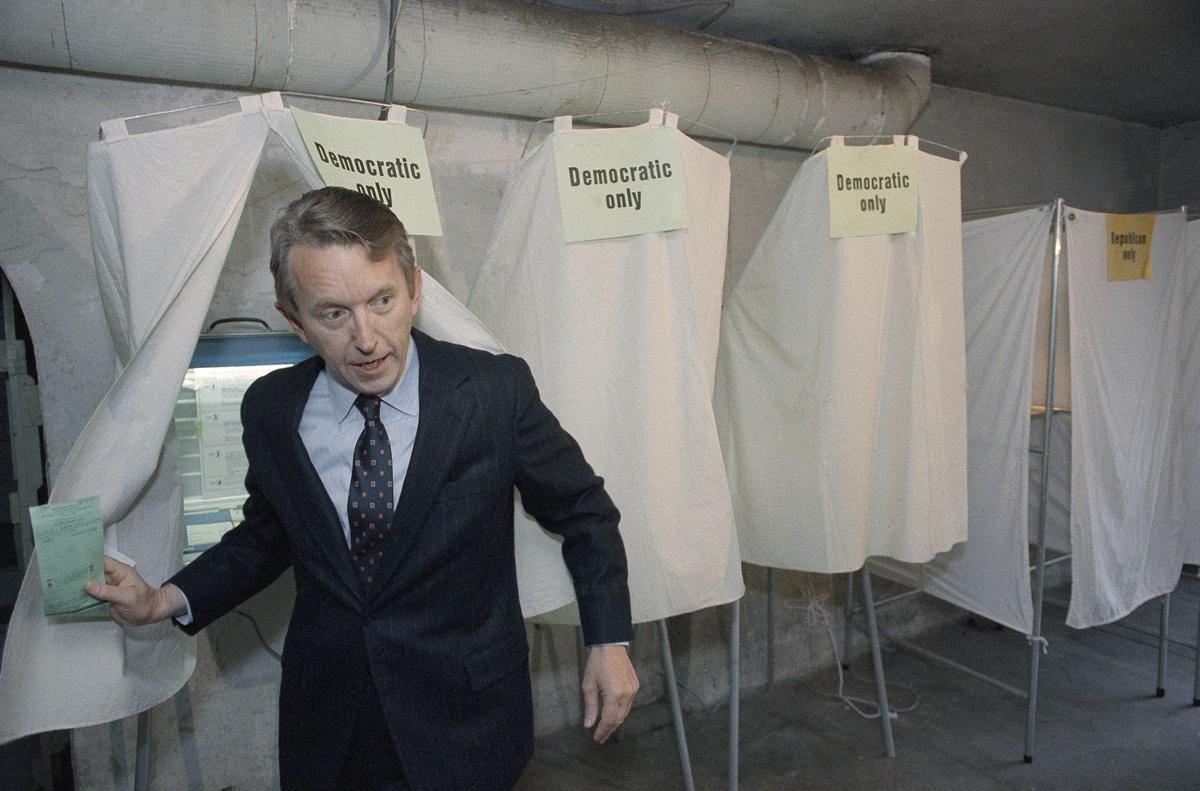 Exactly 40 years ago this month, a political power struggle erupted in the California Assembly, one that lasted nearly a year and fundamentally altered the Capitol’s culture.

Many of today’s legislators weren’t even born when Assemblyman Howard Berman, the majority floor leader, abruptly demanded that Assembly Speaker Leo McCarthy step down in his favor.

Berman alleged that McCarthy’s fundraising for a future U.S. Senate bid was “seriously endangering the Democratic Party’s future in the state Legislature” because Republicans could win control of the Assembly and thus control redrawing of legislative and congressional districts after the 1980 census.

McCarthy refused to cede the powerful position, saying of Berman, “ambition has overtaken the normally high standards of decency and scruples that have characterized Mr. Berman’s performance in the house and his relationship with me.”

It was not an ideological dispute since both were liberals. Partially, it was a regional rivalry — Berman from Los Angeles, McCarthy from San Francisco. Mostly, however, it was a cultural clash.

Gov. Gavin Newsom’s declaration that the state will stop buying vehicles from automakers that oppose its mileage and tailpipe emission rules is just a bit of huffing and puffing.

McCarthy was a somewhat formal, old-fashioned New Zealander-Irish politician while Berman, 11 years younger, typified the careerist politicians who had emerged after the Legislature became a full-time, professional body.

While Berman appeared initially to claim a majority of the Assembly’s Democrats, McCarthy’s rebuff made it a stalemate.

When the Legislature convened in January 1980, Berman would routinely make motions to vacate the speakership, but with Democrats divided and Republicans refusing to vote either way, nothing happened.

The two factions then tried to unseat each other’s backers with primary election challenges. Long-standing personal friendships and political alliances were shattered; one challenger to an incumbent was threatened with death, and an assemblywoman gave up her seat in response to threats to reveal sordid details of her sex life.

By happenstance, events in the final week of September perfectly framed what one might call the California Paradox — a thriving, world-class economy with stubbornly high levels of poverty and a widening divide between the haves and have-nots.

A few incumbents lost their seats in the June 1980, primary but the stalemate continued until the November election when Berman’s side won a clear majority of the 47 Democratic Assembly members.

That was not the end of it, however. When the Legislature convened in December 1980, 51 weeks after Berman had issued his first demand, McCarthy’s faction did a deal with Republicans to elect Willie Brown as speaker.

Republicans openly feared that if Berman became speaker, his brother, Michael, a genius at redistricting, would shrink their legislative and congressional seats, and decided Brown was a better bet.

Brown, however, quickly consolidated his position among Democrats, created congressional and state Senate seats for Berman and his most ardent backers, and limited Republican leverage.

Brown went on to become the Assembly’s longest-serving speaker, but the wheeler-dealer atmosphere he fostered in the 1980s led to an FBI corruption investigation that sent a number of legislators, legislative aides and lobbyists to prison.

State legislators and then-Gov. Jerry Brown should have known that they were lighting the fuse of a political time bomb three years ago when they ordered up a “model curriculum in ethnic studies” for high school students.

The scandal, in turn, fueled a 1990 ballot measure imposing term limits on legislators, leading to a rapid turnover of membership that allowed an influx of women and non-white lawmakers.

McCarthy didn’t run for the U.S. Senate in 1982, despite his earlier fundraising. Instead, he won the first of three terms as lieutenant governor that year and died in 2007. Berman spent 30 years in Congress, but lost his seat to a fellow Democratic congressman in 2012 after redistricting threw them both into the same Southern California district.

Berman’s victorious opponent, Brad Sherman, received some financial support from San Francisco, generated by one of McCarthy’s close friends as retribution for what had happened 32 years earlier.

California tend to alternate between activists who want to shake things up and more passive governors who are happy with incremental changes.