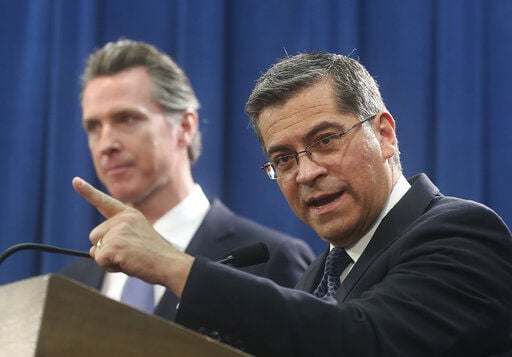 Since all have been Democrats for the past two decades, that’s meant writing favorable titles for measures their party leaders favor and unfavorable ones for those Democrats oppose.

The current attorney general, Xavier Becerra, has continued the unsavory practice that violates the spirit, if not the letter, of Election Code Section 9051. It states that “in providing the ballot title and summary, the Attorney General shall give a true and impartial statement of the purpose of the measure in such language that the ballot title and summary shall neither be an argument, nor be likely to create prejudice, for or against the proposed measure.”

Becerra first displayed his penchant for creative writing two years ago on Proposition 6, a measure that, if passed, would have repealed a $5 billion a year package of taxes and fees on motorists.

Rather than simply stating that fact, Becerra’s title read, “Eliminates certain road repair and transportation funding. Requires certain fuel taxes and vehicle fees to be approved by the electorate.”

However, the state court of appeal overturned Frawley, saying that state law gives the attorney general “considerable latitude” in drafting the official title.

There are 12 statewide measures on next November’s ballot and the official titles of 10 of them are straightforward and accurate. But those of the two most controversial, Propositions 15 and 22, are clearly slanted.

Proposition 15 would eliminate some of the property tax limits of Proposition 13, California’s iconic 1978 property tax law, for commercial properties such as warehouses and office buildings. Thus, it would sharply increase their tax bills by as much as $12 billion a year, with proceeds going to schools and local governments.

The measure is sponsored by labor unions and endorsed by many Democratic Party figures, including its presumptive presidential nominee, Joe Biden. Rather than simply describe Proposition 15 for what it does, Becerra’s official title summarizes it this way: “ Increases funding for public schools, community colleges, and local government services by changing tax assessment of commercial and industrial property.”

The business groups opposing Proposition 15 are, of course, complaining that the title doesn’t describe it as a Proposition 13 modification or a tax increase and say they may challenge it in court.

Proposition 22’s wording may also be headed to court. The measure would exempt Uber, Lyft and other similar transportation services using non-employee workers from a new state law, Assembly Bill 5, that requires them to make their drivers payroll workers. It does, however, provide their contract workers with some employee-like benefits.

The original title that Becerra’s office placed on the measure in January, before signature-gathering began, was “Changes employment classification rules for app-based transportation and delivery workers”

The first title was an accurate summary of the measure. The second title mimics Proposition 22’s labor union opponents and is clearly biased against it.

Notwithstanding the merits or shortcomings of these measures, Becerra’s actions once again demonstrate that partisan attorneys general cannot play it straight. Therefore, title-writing should be shifted to a more independent, non-partisan authority.

I believe in Joe Biden