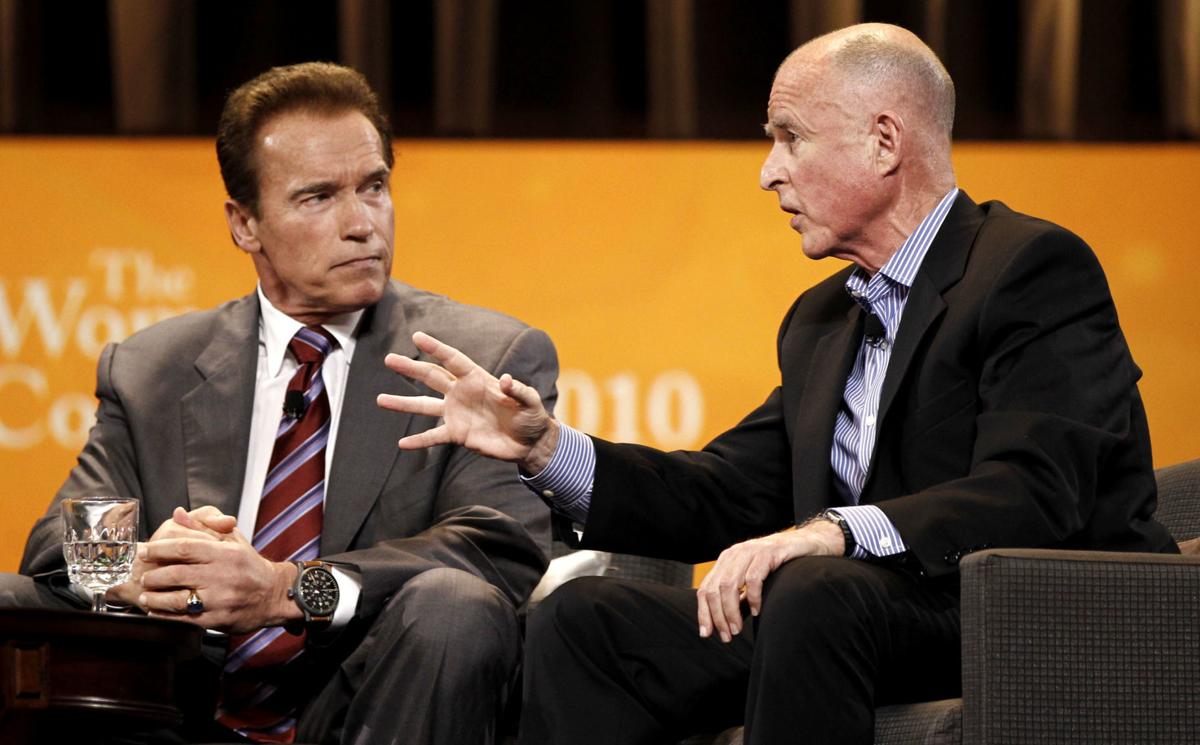 As the coronavirus pandemic terrorizes the nation, the federal government generally and President Donald Trump specifically have been criticized — with good reason — for their lack of preparedness and slow reaction.

The most disturbing revelation is that Brown essentially abolished predecessor Arnold Schwarzenegger’s effort to prepare California for a pandemic.

Two major actions should help PG&E's emergence from bankruptcy — a deal with Gov. Newsom and a guilty plea for the Camp Fire, columnist Dan Walters says. But what then?

In 2006, Schwarzenegger created the Emergency Medical Services Authority and invested tens of millions of dollars to stockpile supplies and equipment, including three mobile hospitals.

“In light of the pandemic flu risk, it is absolutely a critical investment,” Schwarzenegger said at the time. “I’m not willing to gamble with the people’s safety.”

“Each hospital would be the size of a football field, with a surgery ward, intensive care unit and X-ray equipment,” a recent article by the Center for Investigative Reporting and the Los Angeles Times said. “Medical response teams would also have access to a massive stockpile of emergency supplies: 50 million N95 respirators, 2,400 portable ventilators and kits to set up 21,000 additional patient beds wherever they were needed.”

However, five years later, Brown, having inherited huge budget deficits from Schwarzenegger that were accumulated during the Great Recession, cut off funding for the program. Most of the equipment was donated to local hospitals and other medical agencies without money to maintain it and much of it was allowed to expire.

“There was a time there that Arnold Schwarzenegger had a bold vision and a responsible one,” Jack Lewin, former CEO of the California Medical Association, told the Sacramento Bee, which broke the story about the rise and fall of Schwarzenegger’s prescient act. “But I think that got diluted over the course of time. People get complacent, and money goes elsewhere.”

The shrinkage of pandemic preparations was part of a larger reduction in public health services during Brown’s governorship, even as the state’s economy roared back from recession and state revenues increased dramatically.

Over the last decade, state public health spending has been flat in dollar terms, but its share of the budget is now half of what it once was.

David Crane, a financial adviser to Schwarzenegger who now heads Govern for California, contends in a recent analysis that vital programs such as public health have been neglected while spending on Medi-Cal, pensions and the Department of Corrections and Rehabilitation (prisons) has soared much faster than revenue growth. Crane calls that “crowd-out” and contends that a pandemic-caused recession, which now seems inevitable, will create even greater disparities.

Among the coronavirus pandemic's many effects, it will alter the November election by keeping some proposals off the ballot and making approval for tax and bond measures more difficult, columnist Dan Walters says.

Another aspect of California’s preparedness shortcomings, also reported by the Sacramento Bee, has been a sharp reduction in the number of public health laboratories, which is contributing to dangerous lags in processing coronavirus tests.

“Despite the apparent threat posed by the pandemic now, prior California politicians lacking the power of hindsight decided to shut down one in four of the state’s public health labs,” the Bee disclosed.

“California has 29 public health labs at its disposal to test for coronavirus and observe patients — but two decades ago it had 11 more, since closed, leaving the state with about the same number of labs it had in 1950.”

As with other public health reductions, “the rationale behind the state’s lab closures largely came down to funding.”

Actions have consequences, but so do non-actions, sometimes fatal ones.

Editors note: David Crane is a supporter of CalMatters.

On occasion in this crisis, Gov. Gavin Newsom has caused alarm and confusion for Californians while making pronouncements about dealing with the COVID-19 crisis, columnist Dan Walters says.

COVID-19's disparate effects are shown in the data of its death toll, columnist Dan Walters says. New York's death rate is 25 times as high as California's.