Dan Walters: California’s crisis of competence
Share this
{{featured_button_text}}
1 of 2 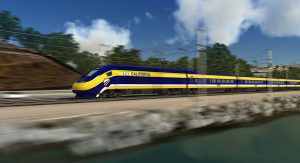 Year by year and article by article, Ralph Vartabedian has revealed to Californians the woeful shortcomings of the state’s largest public works project, a north-south bullet train.

Vartabedian, a writer for the Los Angeles Times, has made a virtual career of uncovering the project’s managerial, financial and political failings, lending factual credence to the conclusion that the wisest course would be to cut our losses and give it up.

Vartabedian’s latest revelation in the Times underscores that fact, describing that “a series of errors by contractors and consultants on the California bullet train venture caused support cables to fail on a massive bridge, triggering an order to stop work that further delayed a project already years behind schedule…”

“Hundreds of pages of documents obtained by the Times under a public records request show the steel supports snapped as a result of neglect, work damage, miscommunications and possible design problems.”

“High-strength steel strands supporting the 636-foot-long structure began to snap on Oct. 22, one after another,” Vartabedian wrote. “Ultimately, 23 of the strands, which are composed of seven individual wires each, broke unexpectedly, according to rail authority documents and officials. The order to stop work was issued Nov. 4.

“A forensic engineering analysis, obtained by the Times, found that the strands corroded from rainwater that had leaked into the internal structure of the bridge and then broke.”

Vartabedian quotes Robert Bea, emeritus professor of civil engineering at UC Berkeley and co-founder of its Center for Catastrophic Risk Management, as calling it “a horrible sequence of mistakes.”

Vartabedian’s article not only once again demonstrates that the bullet train is a multi-billion-dollar boondoggle, but exemplifies why a vigorous and unshackled press is invaluable in overseeing the conduct of public officials.

Unfortunately, the failings of the bullet train that Vartabedian has so consistently and thoroughly revealed are also emblematic of a larger malaise: the erosion of competence in a state government that once prided itself on doing big things well.

California once built highways, bridges, university campuses, dams, canals and other public works quickly and efficiently. It even dispatched its crack highway engineers to other nations to provide can-do advice.

Those days are long gone. For example, it took two decades, with huge cost overruns, to replace one-third of the San Francisco-Oakland Bay Bridge even though building the entire bridge originally took just four years in the 1930s.

The bullet train’s managerial shortcomings are also reflected in recent meltdowns in the Department of Motor Vehicles and the Employment Development Department, largely due to managerial neglect of their outmoded information technology systems, a condition that plagues numerous other state agencies.

The underlying syndrome is the obsession among bureaucrats and their political overseers with short-term actions to get public attention while ignoring consequences and long-term issues.

The bullet train is a prime example. It was launched without a well-thought-out plan, without complete financing, without an effective organizational structure — and without a valid factual need. The folks in charge have been making it up as they go along and the result has been a disaster.

It’s something to ponder every time a politician proposes some grand scheme, such as the universal health care system that Newsom often touts. Why should we believe it would be any more functional than the DMV, EDD or the bullet train?