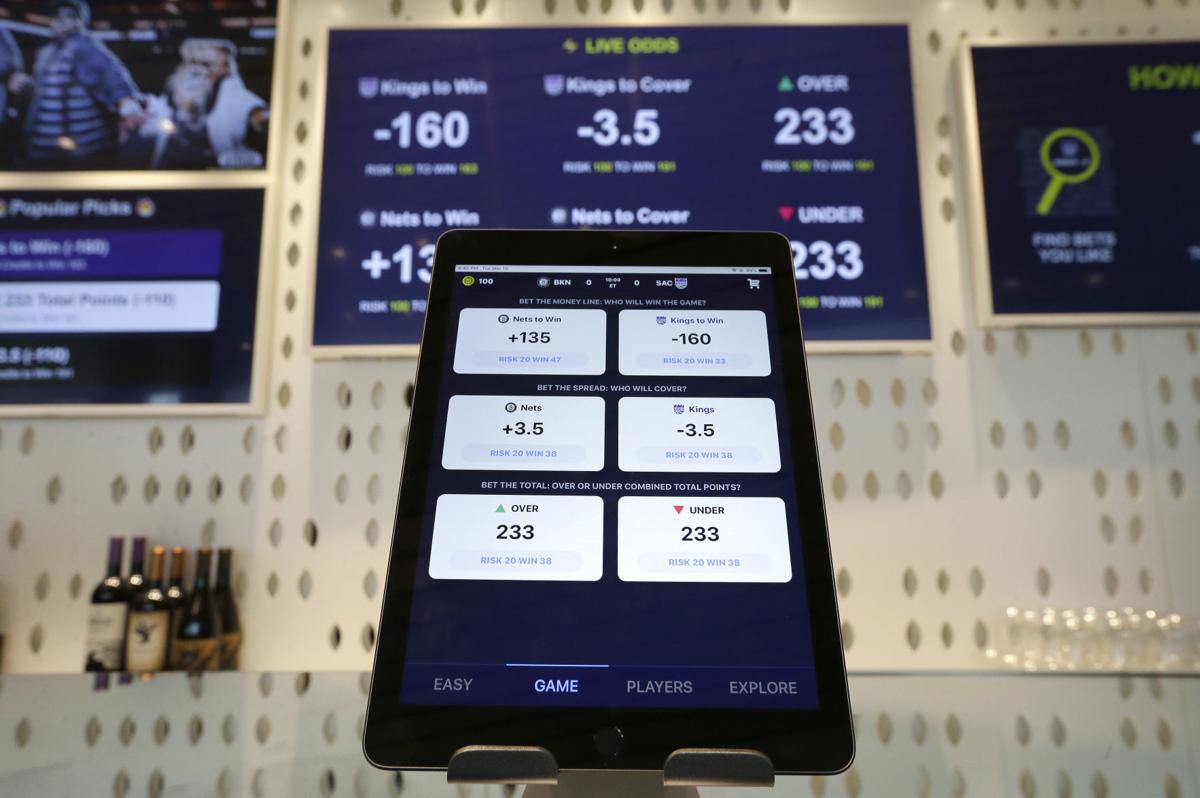 An iPad displays the types of bets that can be placed at the Golden 1 Center's Skyloft Predictive Gaming Lounge, in Sacramento. A coalition of California Indian tribes has gathered enough signatures to qualify a measure in 2022 legalizing sports betting at their casinos.

When retired lobbyist Jay Michael and I wrote a book about political power shifts two decades ago, we devoted one chapter to the dramatic evolution of California’s Indian tribes from repression and abject poverty to having a legal monopoly on casino gambling.

After Southern California’s Cabazon tribe prevailed in a 1987 US Supreme Court decision, tribes moved quickly from bingo parlors in tents to substantial — and eventually massive — casino resorts, despite opposition from other gambling interests, such as horse racing tracks, cardrooms, and even Las Vegas casinos.

They triumphed by cleverly pushing the envelope with types of gambling of dubious legality — slot machines, especially — and then fending off efforts by state authorities to crack down long enough to use their gambling profits on ballot measures to legalize what they had been doing.

“California Indians were playing for time and as money poured into their new casinos, which grew larger and more elaborate, they were able to hire top-drawer legal and political talent and become big-time players in the Capitol’s own political casino,” Michael and I wrote.

Within a few years, the tribes became “perhaps the most powerful political force in the nation’s most populous state, using the non-Indian population’s own money, funneled through tribal gambling casinos, to buy unmatched access and influence in a Legislature that once declared them to be pests.”

There are now more than 80 tribal casinos in California that haul in an estimated $8 billion a year in revenues, virtually equal to Nevada’s storied gambling industry, with most of that money coming from slot machines, the financial mainstay of any casino.

The tribes’ political muscle was demonstrated in 2008, when they spent $115 million to defend four gaming compacts with the state that other gambling interests had tried to overturn.

As substantial as tribal gaming has become, however, its leaders now want California voters to sanction wagering on sports and additional casino games such as roulette and the dice game of craps.

The secretary of state’s office announced last month that an 18-tribe coalition had gathered enough signatures on initiative petitions to place their expansion measure on the November 2022 ballot.

Tribal leaders fear that if gamblers could place sports bets on their computers, they would be less likely to personally visit casinos. Conversely, if sports betting can only be done legally inside casinos, it could build foot traffic.

The ballot measure eliminates one potential foe by also allowing sports wagering at four horse racing tracks, but sets up a new clash with the state’s non-tribal cardrooms, which have tried to expand their offerings to gamblers but have been blocked at every turn by the tribes.

Nor will the coalition likely face opposition from the Nevada gambling interests that once attempted — and failed — to throttle tribal ambitions. Having been defeated in previous ballot measure clashes, some Nevada corporations have since negotiated managerial agreements with some tribes.

The tribal advocates of sports wagering can pump untold millions of dollars into persuading California voters to give them a virtual monopoly on what could be a multi-billion-dollar expansion of legal gambling in California. The cardrooms probably can muster only a relatively tiny opposition campaign.

If betting on political contests were legal, the smart money would be on the tribes to continue their record of expanding operations into new games of chance.

California's highly restrictive gun laws may be headed for a Supreme Court after a federal judge's latest ruling against them, columnist Dan Walters says.

An iPad displays the types of bets that can be placed at the Golden 1 Center's Skyloft Predictive Gaming Lounge, in Sacramento. A coalition of California Indian tribes has gathered enough signatures to qualify a measure in 2022 legalizing sports betting at their casinos.