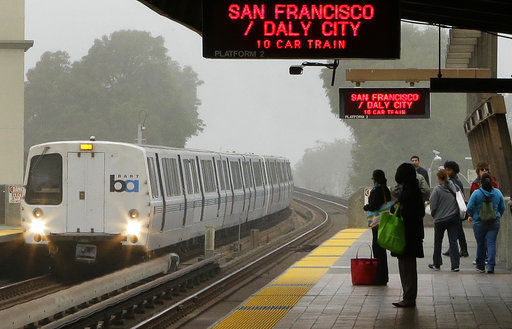 We certainly know that COVID-19 strikes hardest, sometimes fatally, at those who already have weakened bodies, such as the elderly.

That’s equally true of the COVID-19 recession. Businesses with weak balance sheets may not weather the sudden loss of income from government-ordered shutdowns and/or customers afraid to venture out.

Public services, particularly those dependent on patronage, are not immune, as the state’s public transit systems are proving. They were already struggling to survive as ridership stagnated and expenses soared, due mostly to exploding labor costs.

Numbers from the California Transit Association frame their pre-pandemic dilemma, to wit:

—Between 2003 and 2017, the last year for which complete data are published, ridership — mostly by bus — was basically stagnant at 1.2 billion annual riders, even though the state’s population increased by 18% during that period. In other words, transit, which has never accounted for more than 10% of Californians’ transportation, declined in relative importance.

—Overall operational expenses virtually doubled from $4.9 billion to $9.2 billion, but fares covered a declining share of those costs, rising from $1 billion in 2003 to $1.7 billion in 2017, with taxpayers picking up the rest.

That unhealthy situation existed prior to COVID-19 and recession striking four months ago. Overnight, as Californians’ jobs vanished, as they were ordered to shelter in place and as fears of infection soared, transit systems saw a dramatic drop in patronage — at least 70% in most and nearly 100% in some.

On June 30, the transit association declared, “California’s local public transit agencies, suffering from billions of dollars in losses due to reduced ridership and plummeting farebox and tax revenues from the COVID-19 pandemic, warned state and federal lawmakers that they are facing an existential threat that jeopardizes the economic, social, and physical well-being of the communities in which they operate.”

The size of the request was a little strange, particularly since Congress and President Donald Trump had already provided $25 billion in aid to transit systems as part of the CARES relief act, with about 10% coming to California.

Since fares are such a small percentage of transit systems’ revenues, even a 100% decline in ridership would not warrant a $3.1 billion bailout. It appeared that the systems were attempting to gild the lily — taking advantage of the crisis to fatten their treasuries and cover out-of-control labor costs.

The alternative could — and should be — to rethink how public transit is provided in California, because the status quo of stagnant or declining ridership and runaway costs is not sustainable.

However, reform would be a heavy political lift. Each of the systems is its own entrenched fiefdom and they and the cities and counties they serve jostle incessantly over money and power. A nasty multi-county squabble over whether taxes should be increased to rescue Caltrain, the heavy rail commuter system on the San Francisco Peninsula, is just one example of the genre.

It would be a big mistake just to dump more money into what has become a bottomless rathole.

Watch now: Here’s what it will take to protect California from fires