Gov. Gavin Newsom got some good news this month with a new statewide poll indicating that just 40% of California voters would support a recall were the election to be held now.

Thus, despite much criticism of Newsom for how he has handled the COVID-19 pandemic under an emergency order for the past year, and a decline in his once-soaring popularity, he seems to be on track to survive.

“Forty percent would vote yes to remove Newsom if a special election to recall the governor were held today, with Republicans far more likely to vote yes,” said Mark Baldassare, president of the Public Policy Institute of California, which conducted the poll. “The share who would now vote to remove the governor is similar to the 38 percent who did not vote for Newsom in the fall of 2018.”

The improvement in Newsom’s standing with Californians coincides with another PPIC poll finding, that most of us believe that the worst of the pandemic is over.

However, one must remember that the poll is a snapshot in time and cannot predict what Californians will be experiencing or feeling a half-year from now when recall ballots are in their hands.

The volatility of political sentiment is underscored by an email last week from one of California’s top political consultants, recalling the 2003 recall of then-Gov. Gray Davis.

“Compared to Davis, Gavin has decent favorable ratings — and plenty more registered Dems,” he wrote. “Yet in April 2003, only 33% of Californians said the recall was a good idea — well below where recall support is now.”

The consultant attached a copy of an April 2003 Field Poll, taken as petitions to seek a Davis recall were being circulated and tallied. At the time, two-thirds of California voters disapproved of Davis’ performance, but 59% told Field that a recall would be a bad thing and, as the consultant noted, only 33% favored it.

Davis, however, continued to fumble two crises that afflicted the state, one involving electrical energy supplies and the other the state budget. By the time the recall election was held six months later, 55.4% of those voters endorsed his ouster, less than a year after he had been re-elected to a second term, and replaced him with action movie star Arnold Schwarzenegger.

While the pandemic has receded, public health officials have warned there are troubling signs that there could be another surge, perhaps with new mutant strains of the deadly coronavirus. It’s already happening in some other states.

Newsom is clearly accelerating the reopening of California’s rather sluggish economy and public schools on the premise that expanded vaccinations will stave off a COVID-19 resurgence here. Whether motivated by science or politics, the reopenings address the angst that has fueled the recall petition drive.

However, should California experience the COVID-19 resurgence happening elsewhere, Newsom might be forced to reimpose restrictions, which would send unemployment, which is still too high, shooting upward again, rekindle criticisms of his performance, and light a new fire under the recall.

Moreover, COVID-19 is not the only potential pitfall for the governor. The state is experiencing drought, which means cutbacks in water supplies to farmers and perhaps households and could result in another horrendous wildfire season. Last year’s brief power blackouts reminded us that the state’s electrical supplies are marginally sufficient, a faint echo of Davis’ energy crisis.

As Davis learned the hard way 18 years ago, in politics six months is an eternity. He failed to dampen popular discontent in 2003 and paid the price. Newsom now has six months to succeed or fail.

California's system of compensating workers for job-related disabilities is due for another decennial battle and it may be happening, columnist Dan Walters says.

Dan Walters: Modular housing could be an answer

Factory-built modular housing could solve one of the most vexing aspects of California's housing crisis, but will politicians embrace it or strangle it? 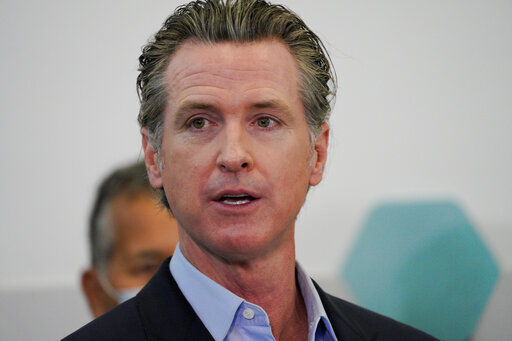