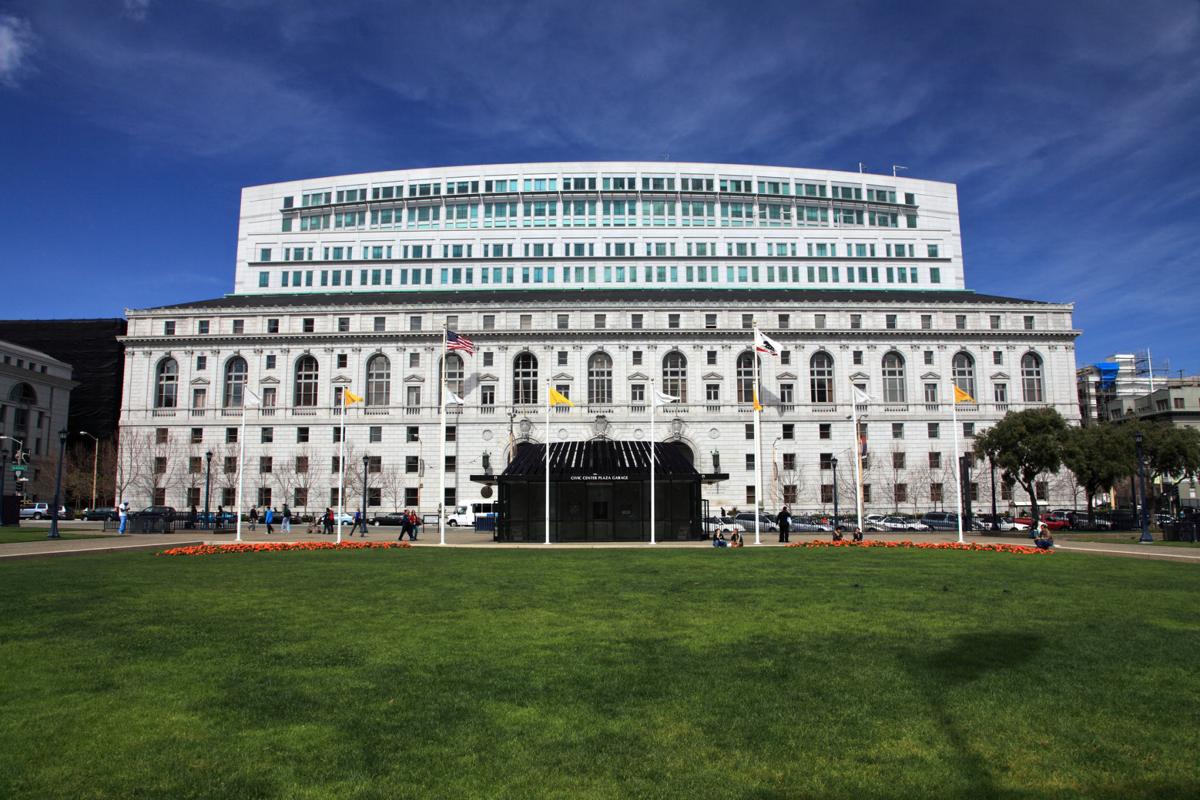 The San Francisco headquarters of the supreme court of California.

It was purely coincidental that state Supreme Court justices heard arguments last week in a landmark case involving public employee pensions as state and local officials were beginning to wrest with the severe impacts of a pandemic-induced recession on their budgets.

However, the health and financial crises occurring outside the court’s San Francisco chambers permeated inside, both visually and, perhaps, legally.

Only two justices, both wearing infection-fighting masks, sat well-separated in the chambers, while the other five, plus attorneys, participated via video – and one, Ming Chin, shifted to his I-phone when his computer connection failed.

California cities have been hurting financially. Even with federal help, the recession induced by COVID-19 makes it a perfect storm, columnist Dan Walters says.

It would be unconscionable, he said, to allow public employees to artificially inflate their pensions by including various payments other than their salaries in pension calculations at a time when state and local governments are contemplating deep cuts in vital services. Onishi said upholding the law would “finally put an end to egregious pension spiking processes.”

However, in defending the law’s mandate to “exclude from the definition of compensation earnable any compensation determined…to have been paid to enhance a member’s retirement benefit,” Onishi took a narrow approach, arguing that pension-spiking was never legal so the reform law merely underscored its illegality. Thus, he sidestepped the more fundamental issue posed by the 2012 reform – whether the “California rule” protecting pension rights is as sacrosanct as long assumed.

That rule – actually a series of Supreme Court cases dating as many as eight decades – holds that once a public employee is hired, whatever pension benefits then in place can never be changed. It’s an application of the state constitution’s prohibition on “impairment of contracts.”

The lawyers for law enforcement unions that challenged AB 197’s pension-spiking provisions, on the other hand, repeatedly argued that the inclusion of non-salary compensation in pension calculations was long understood to be legal. Therefore, they said, the legislation’s exclusion of such compensation for current employees impaired an implied contract, violated the California rule, and therefore is unconstitutional.

Union lawyer David Mastagni dismissed “pension-spiking” as “an inherently subjective political term” for practices that had long enjoyed legal blessing and suggested that in seeking its abolition, the state was “asking for a windfall.”

In their questioning, the justices gave few clues as to how they are leaning – and particularly whether they will decide the case narrowly, as Onishi seemed to be asking, or dig into the California rule, whose impregnability has been questioned by lower court decisions. If it’s the latter, the potential impact would be massive, no matter which way it went.

California’s pension systems are not in good financial condition. The biggest, the California Public Employees Retirement System (CalPERS), was only about 70 percent funded before the pandemic recession hit and the stock market began its wild gyrations. It had been demanding ever-higher payments from the state and local governments, including schools, to prevent further deterioration.

No one knows how long the recession will last or how serious it will be. However with major reductions in spending on education, health and welfare programs, police and fire protection and other big ticket items looming, pension costs will be in the political spotlight and the Supreme Court’s decision will be a factor in whether they can be legally reduced.

Dan Walters: Promises made, but not kept

California politicians often make sweeping policy decrees, then fail to check how the money to implement the policies is spent.

The San Francisco headquarters of the supreme court of California.