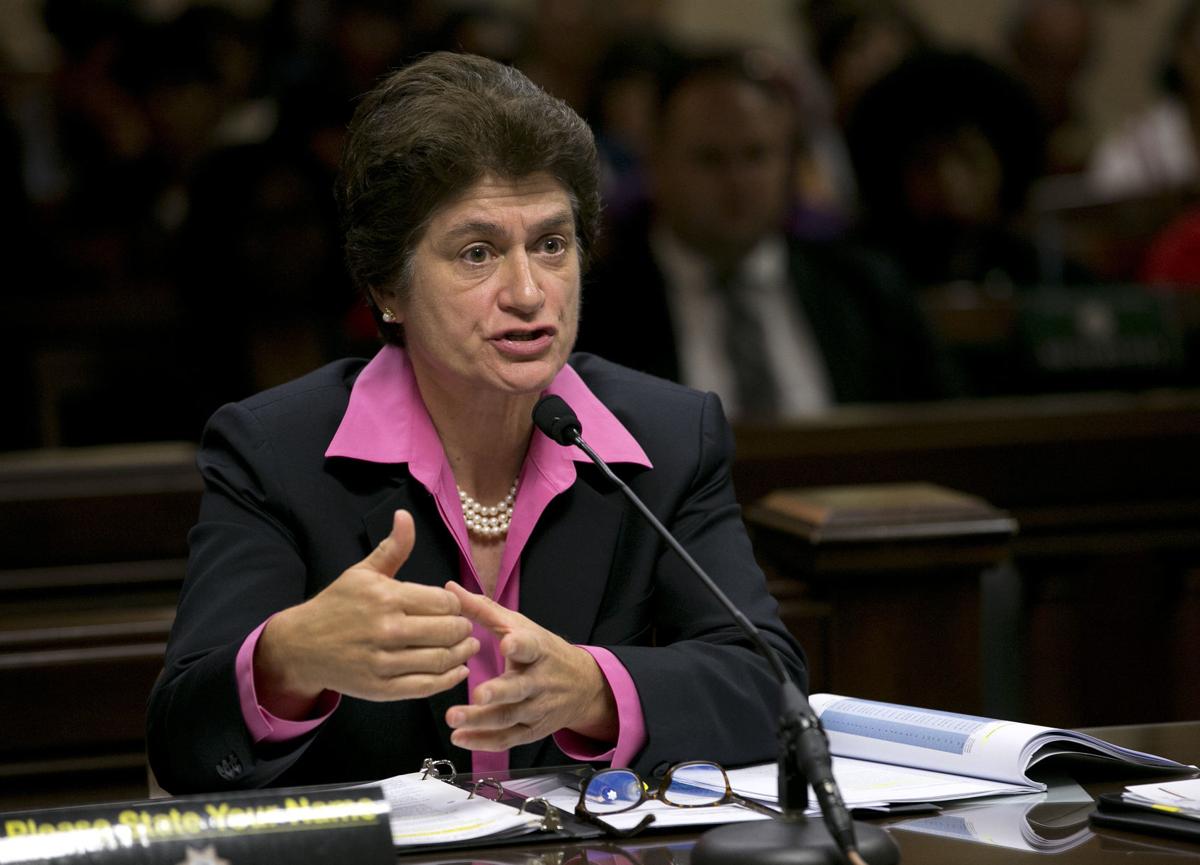 California’s economy has been booming for most of this decade and has generated a cornucopia of tax revenues for state and local governments.

The state has benefited most, because it collects income taxes. Californians’ taxable incomes have been soaring, especially for those atop the economic ladder, whose tax rates also have been increased.

The state has shared much of its multibillion-dollar windfall with schools, as required by the California constitution, increasing per-pupil spending about 50% in recent years.

It’s more fun, in political terms, to appropriate money for a new program or cut the ribbon of a new public works project than it is to delve into whether they actually performed as promised, and take responsibility for those results.

Nevertheless, many school districts are in financial distress due to declining enrollment, unsustainable, irresponsible salary increases and, finally, state-mandated increases in payments to the California State Teachers Retirement System to offset its unfunded pension liabilities.

This month, state Auditor Elaine Howle reported that audits of three big school districts revealed that state aid meant to enrich the educations of poor and English-learner students has often been diverted to cover budget holes.

Many school districts have asked voters for tax increases to close their budget gaps, most commonly through “parcel taxes,” which are levied on real estate. And the California School Boards Association is sponsoring a 2020 ballot measure that would hike personal and corporate income taxes to raise about $15 billion a year for schools.

On paper, California has some of the nation’s best open records laws, the latest of which allows access to previously secret information about police misconduct. However, passing a sunshine law is one thing, while applying it may be entirely different.

Schools, however, are not the only local governmental agencies in fiscal distress. Cities, which receive almost no state aid and depend largely on local property and sales taxes, are also feeling the pinch for many of the same reasons.

Prior to issuing her report on schools, Howle released another revealing study on the fiscal health of California’s nearly 500 cities, highlighting those in the worst straits.

Generally, most in trouble are small cities, either in rural areas or in urban cores, whose residents have low incomes. No. 1 on the list is Compton, whose travails have been well documented over the years.

However, there are also a few larger cities that Howle highlighted, such as Oakland, No. 13 on the statewide list, and San Diego, deemed to be one of the top three “fiscally challenged” cities in its region.

The ratings are based on several factors, including liquidity, debt burden, financial reserves, revenue trends and retirement obligations. It’s clear that the last one looms very large.

The California Public Employees Retirement System saw its trust fund plummet in value during the Great Recession as its pension obligations mushroomed, leaving it with only slightly more than 70% of the assets needed to fully pay promised pensions and — so far, at least — unable to recover fully from its investment losses.

California is the global capital of technological innovation, but state officials are much more adept at devising catchy names for their big “information technology” projects than actually implementing them.

Therefore, CalPERS has been ramping up mandatory payments from local governments to reduce what it calls its “unfunded actuarial liability.” Cities get hit the hardest because they employ large numbers of police officers and firefighters who have the highest pensions and therefore the highest pension costs.

It’s not unusual for contributions for employees in so-called “safety systems” to reach 50% of payroll, and CalPERS has told city officials they will continue to climb.

Throughout the state, cities have asked their voters for tax increases, usually sales taxes but sometimes parcel taxes, to close their budget gaps with mixed results.

But tax increases are particularly difficult to pass in communities with large numbers of low-income residents.

Howle’s report not only shines some much-needed light on municipal finances but includes an Internet portal for Californians to check on their own cities. And sunshine is the best disinfectant for bad management.

The bullet train utterly lacks a rational purpose, has been ill-managed from the onset and is a black financial hole. If the Trumpies strangle it, they would be doing California a big favor.

Dan Walters: Why is our ‘achievement gap’ so stubborn?

There’s almost no evidence that the statewide gap has narrowed, but we may finally get some real data on how the Local Control money has been spent and whether it’s accomplishing its stated purpose.

Viewed through the prism of short-term elective politics, management of existing services and projects is seen as humdrum, lacking political sex appeal. But that neglect ill-serves the public and wastes immense amounts of their money.

Police unions have been especially aggressive in erecting barriers to disciplinary oversight, including a “peace officers bill of rights.” Politicians, from the governor down, have been eager to do their bidding because their campaign endorsements are precious political commodities.