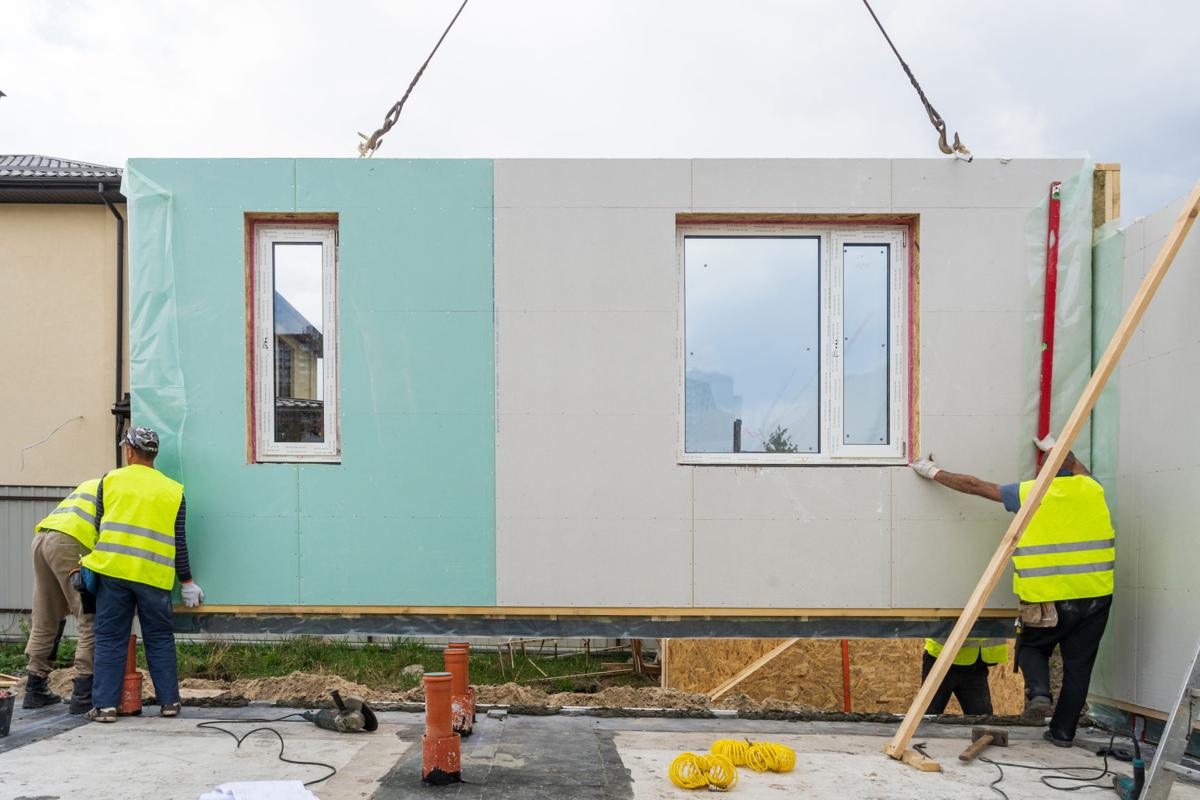 Two years ago, CalMatters housing writer Matt Levin described a factory in Vallejo that was building housing modules that could quickly — and relatively inexpensively — be assembled into multi-story apartment houses.

Levin described the factory as more resembling an automobile assembly line than a construction site. “They build one floor approximately every two and a half hours,” Larry Pace, co-founder of Factory OS, told Levin. “It’s fast.”

Modular construction offers a potential solution to one of the most vexing aspects of California’s housing crisis — the extremely high costs of building apartments meant to house low- and moderate-income families.

Statewide, those costs average about $500,000 a unit, encompassing land costs, governmental red tape, ever-rising prices for materials and, finally, wages for unionized workers who build, plumb and electrify the apartments.

“Further inside the massive Vallejo plant, there’s a station for cabinets, a station for roofing and a station for plumbing and electrical wiring,” Levin wrote. “Station 33 looks like a furniture showroom not quite ready for the floor — washer, dryer and microwave included.

“From there the apartment pieces are wrapped and trucked to the construction site, where they’re assembled in a matter of days, not months.”

Pace said that his modules can be assembled into three- to five-story apartment buildings 40% more quickly and 20% less expensively than traditional construction, which means more bang for the buck.

Today, a Factory OS apartment house for 145 hitherto homeless residents is being assembled in downtown San Francisco in what appears to be proof of what Pace told Levin.

San Francisco Chronicle columnist Heather Knight described the project in a recent article, saying, “The project at 833 Bryant St. is being built faster and cheaper than the typical affordable housing development in San Francisco, the ones that notoriously drag on for six years or more and cost an average of $700,000 per unit. This project will take just three years and clock in at $383,000 per unit.”

In other words, by using modular construction San Francisco could supply twice as many units for the same money. So what’s not to like? Knight tells us what.

“At issue,” she writes, “is how the project was built so quickly: with modular units made in a Vallejo factory. Each unit was trucked across the Bay Bridge, strung from a crane and locked in place like a giant Lego creation. San Francisco unions don’t like the method because it leaves them out, but considering the city’s extreme homelessness crisis, City Hall can’t afford to toss the idea.”

Factory OS uses unionized workers, but through an agreement with the carpenters’ union, workers perform a variety of tasks on the housing assembly line, rather than having the work divvied up among specialists, and the company employs many former prison inmates.

Politically influential construction trades unions are pushing San Francisco’s city officials to make 833 Bryant St. a one-time event rather than the beginning of a trend.

Larry Mazzola Jr., president of the San Francisco Building and Construction Trades Council, is sending a letter to Mayor London Breed and city supervisors criticizing the project’s “mistakes and over-costs.”

“The quality is crap, to put it basically,” Mazzola told Knight “They don’t have plumbers doing the plumbing. They don’t have electricians doing electrical. They get them from San Quentin, and they’re not trained at all. We’re going to fight vigorously with the city not to do any more of these.”

Modular housing is not a panacea for California’s housing woes, but it deals with one major factor. The question is whether politicians will embrace it or strangle it.

Dan Walters: Feinstein has a target on her back

Columnist Dan Walters considers wherger California's senior senator, Dianne Feinstein, will fill out her current term in the face of pressure to retire.

California will be a case study in how windfall money is spent since it will receive $150 billion in federal "stimulus" payments, columnist Dan Walters says.

A year after COVID-19 hit California, its economic impacts remain heavy and could be a factor in the recall campaign against Gov. Gavin Newsom, columnist Dan Walters says.

California's system of compensating workers for job-related disabilities is due for another decennial battle and it may be happening, columnist Dan Walters says.