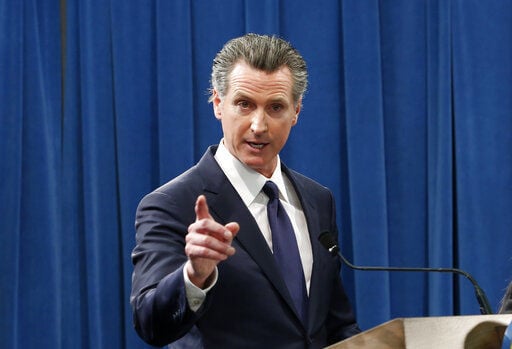 Gov. Gavin Newsom is tiptoeing into a political region that predecessor Jerry Brown purposely skirted — expanding expensive services and benefits that are difficult, and perhaps impossible, to shrink if California’s economy turns sour.

They are called “entitlements” and Newsom’s own proclivities and pressure from a very liberal Legislature are slowly, but surely, expanding existing ones and adding new ones.

The $222.2 billion budget for the 2020-21 fiscal year that Newsom proposed this month is studded with enhanced entitlements, such as more money for early childhood education toward the goal of universal pre-school and all-day kindergarten, new appropriations to reduce the state’s largest-in-the-nation homeless population, and expanding Medi-Cal coverage to more undocumented immigrants as movement toward “a unified health care system that is universal, affordable, high-quality, and equitable for all.”

Brown was leery of adding new entitlements, openly worrying that they would deepen the impact of a recession, and warning annually that a downturn was inevitable.

However, while Brown had to deal with the fallout from the Great Recession, his eight-year reign was blessed by a steadily expanding economy that poured tens of billions of extra dollars into the state treasury, so he could bequeath a balanced budget and an expanding “rainy day” reserve to Newsom.

The state’s economy has continued to hum and Newsom is much more receptive to spending its bounty on entitlements.

“It’s often said that budgets are statements of values,” Newsom said in his budget letter to the Legislature. “In America’s most populous and productive state, our state budget is more than that. It is a blueprint for a better quality of life and brighter future for millions of individuals striving and succeeding together — in pursuit of their own version of the California Dream.”

Newsom’s budget projects that the good times will continue not only during the upcoming fiscal year but through the “forecast period” — basically the remaining three years of his first term.

A day before the budget was unveiled, the Legislature’s budget analyst issued an updated “state fiscal health index” that raised some warning flags.

“Data provides a mixed message about the condition of the state’s economy,” the bulletin said. “Some signs point to a weakening economy, while others continue to signal growth. Overall, while not imminent, the risk of a slowdown in the coming year appears higher than it has been for some time.”

As if to underscore that warning, as Newsom was describing his new budget to reporters at the Capitol, the federal Bureau of Economic Analysis issued a report showing that California’s economic growth through the third quarter of 2019 was less than half of 2018’s 4.3%.

During his budget briefing, Newsom cited California’s 2018 increase, one of the nation’s highest. However, the BEA data reveal that 2019 was a much different story. Through the third quarter, its 2.1% economic growth rate was no better than the nation as a whole and scarcely half of No. 1 Texas’ 4% expansion.

Buried in Newsom’s budget is another indication that the economy, and the state revenue that flows from it, may be cooling off. It forecasts a slight dip in personal income tax revenues, which finance two-thirds of the general fund portion of the budget.

Even a moderate recession would, the budget says, cut state revenues by $70 billion over three years, including $40 billion in the general fund. The latter number is twice as large as the state’s “rainy day fund,” which means a downturn would force spending cuts and those new entitlements would be on the block.

Dan Walters: Two crises should not be wasted

California has a housing crisis but another, much smaller crisis near the Capitol could demonstrate how the housing shortage could be addressed, columnist Dan Walters says.