It had to happen sooner or later.

At some point, California’s “resistance” to President Donald Trump would move beyond flowery rhetoric, tweets and lawsuits and seriously affect Californians.

It happened in the wee hours of a Saturday, just before the Legislature adjourned for the year. Lawmakers approved Senate Bill 1, the self-described California Environmental, Public Health and Workers Defense Act of 2019, and Gov. Gavin Newsom immediately signaled that he would veto it.

Carried by Senate President Pro Tem Toni Atkins, a San Diego Democrat, SB 1 would, if enacted, lodge in state law dozens of federal regulations that Trump’s administration had rolled back.

The most important, at least politically, have to do with water. Critics of the measure said that, purposely or not, the bill would sabotage years of very delicate negotiations aimed at bringing an end to California’s political and legal battles over the precious liquid.

Those negotiations revolve around the fate of the Sacramento-San Joaquin Delta, through which the state’s major rivers flow on their way to San Francisco Bay and the Pacific Ocean, and from which water is diverted to supply San Joaquin Valley farms and Southern Californians’ thirsts.

Environmental groups have sought enhanced flows through the Delta to preserve its role as an estuary important for the survival of fish and other species. But more water for the Delta’s wildlife inevitably means less water for human uses, especially agriculture, by far California’s biggest water user.

The battles have been fought in political arenas, both in California and Washington, and Trump has openly favored farmers, giving urgency to the drafting of so-called voluntary agreements that would reallocate water in ways acceptable to the dozens of contending interest groups.

The negotiations began under former Gov. Jerry Brown and have continued under successor Newsom, who would like nothing better than to announce an end to water wars.

Agricultural interests, with the support of U.S. Sen. Dianne Feinstein, a key player in the water negotiations, complained loudly that SB 1 would, by adopting pre-Trump rules regarding endangered species, undermine the peace talks.

Democratic legislators from rural areas, along with Republicans, backed their position. Newsom weighed in privately, seeking either changes in the bill or a postponement until next year.

Atkins appeared to be wavering, but at the last moment, she pushed the measure through both legislative houses.

It forced Newsom’s hand. He quickly declared that he supports the “principles behind Senate Bill 1: to defeat efforts by the President and Congress to undermine vital federal protections that protect clean air, clean water and endangered species.” He added, “Senate Bill 1 does not, however, provide the state with any new authority to push back against the Trump administration’s environmental policies and it limits the state’s ability to rely upon the best available science to protect our environment.”

By blocking SB 1, Newsom alienates some of his Democratic Party’s most important constituencies, the 41 environmental groups and labor unions listed as its supporters. But he placates an even greater number of business and agricultural groups that opposed it, including the California Chamber of Commerce, which had tagged the bill as a “job killer.”

“SB 1 posed a major threat to California’s water supply and reliability, and the governor has shown outstanding leadership in announcing his veto of this measure,” the chamber said.

To neutralize the political fallout from his veto threat, Newsom must now deliver on a water agreement. Failure would be infinitely embarrassing.

After making an early splash, her prospects have become cloudy and she could join the list of Californians whose presidential ambitions have faltered.

Dan Walters: Big issues still up in the air

State legislators and then-Gov. Jerry Brown should have known that they were lighting the fuse of a political time bomb three years ago when they ordered up a “model curriculum in ethnic studies” for high school students.

Dan Walters: It may be a wasted effort

The shortcomings in California’s waste management program have not gone unnoticed. Those involved at the working level, particularly recyclers, have complained repeatedly about a lack of financial incentives.

While legislators enjoyed their summer break, the Public Policy Institute of California issued a rather startling report that “the first half of 2019 saw a substantial decline in the number of new housing units authorized by building permits.”

Dan Walters: Trump and California at it again

The latest fight between Trump and Sacramento is legislation, now awaiting the governor’s signature, that would require any candidate for president in 2020 to release five years of income tax returns as a precondition to appearing on California’s presidential primary ballot.

Dan Walters: A trifecta for children?

Twice in recent weeks, Newsom has acted to protect California’s children from harm. He has a chance to make it a three-fer.

Dan Walters: The darker side of regulation

Regulatory zeal compels those subject to rule-making to become involved in politics, with all that entails — hiring lobbyists, making campaign contributions and so forth — to protect their interests.

Dan Walters: Newsom is a mixed bag so far 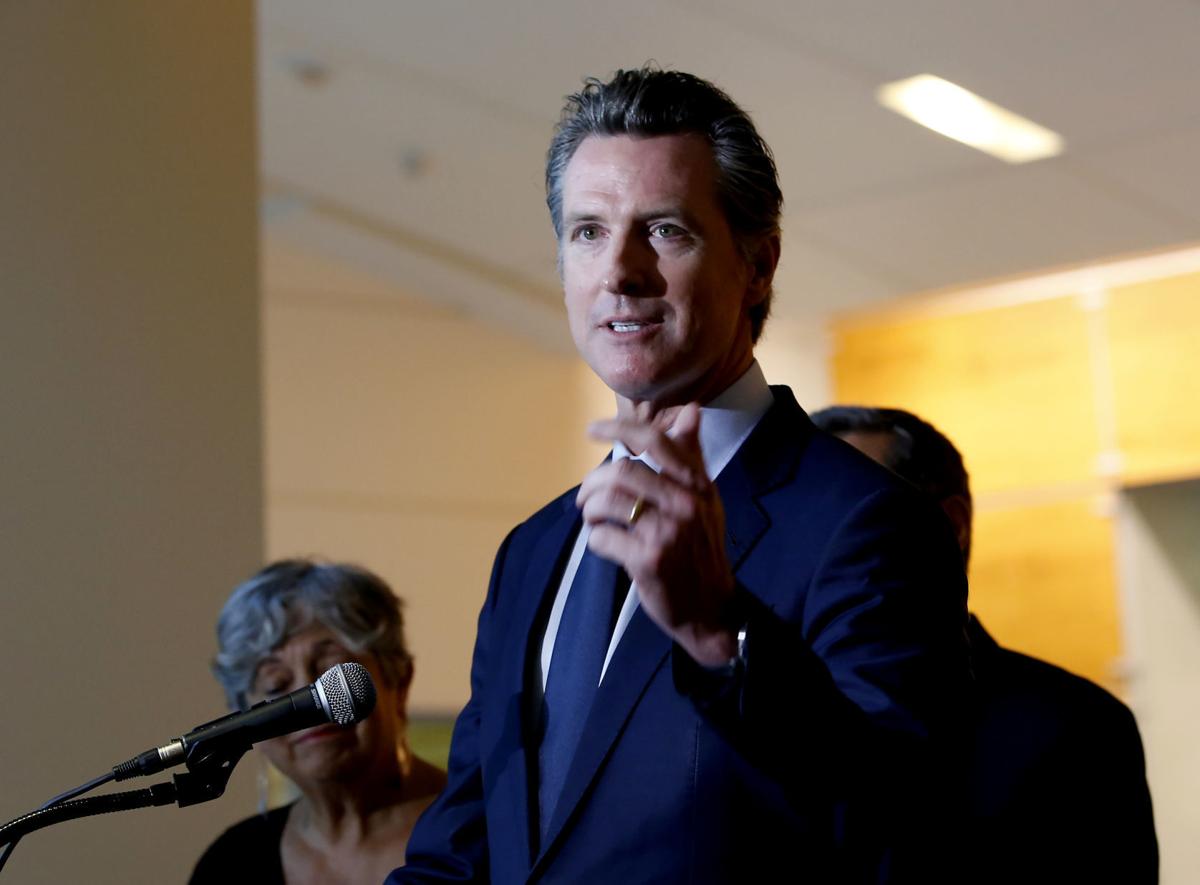