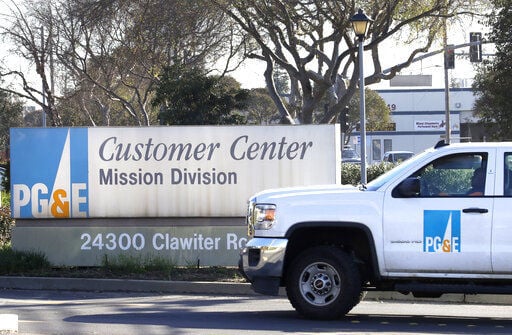 In any other week, major actions affecting Pacific Gas and Electric’s chances of emerging from bankruptcy as an intact and operational utility would have been big news.

But with everyone in and out of government riveted on battling the COVID-19 pandemic, there was only proforma media attention late last month to two big PG&E events:

—Gov. Gavin Newsom announced that he and utility executives had reached an agreement on finances and corporate governance that probably allows PG&E to close bankruptcy later this year. “This is the end of business as usual for PG&E,” Newsom said in a statement. “Through California’s unprecedented intervention in the bankruptcy, we secured a totally transformed board and leadership structure for the company, real accountability tools to ensure safety and reliability and billions more in contributions from shareholders to ensure safety upgrades are achieved.”

—PG&E agreed to plead guilty to 84 involuntary manslaughter counts in connection with the 2018 Camp Fire, the most destructive wildfire in California’s history. The fire destroyed much of the town of Paradise, which had about 26,000 people. In a plea agreement with the Butte County District Attorney’s Office, PG&E also pleaded guilty to one count of unlawfully starting a fire, agreed to pay a fine and build a new water system for the town.

Newsom is threatening a stake seizure of PG&E if it doesn't meet his demands for change, columnist Dan Walters says. Is it real or just a bluff?

PG&E financial, legal and political issues are not completely resolved, but the twin actions indicate it will survive as an investor-owned, state-regulated monopoly providing electric power and natural gas service to millions of customers in Northern California, rather than being converted into some kind of cooperative or government-owned entity, or acquired by new owners.

However, even when and if its other issues are settled, such as direct compensation to victims of the Camp Fire and other destructive wildfires caused by poorly maintained power lines that failed during high winds, the utility, its stockholders, its creditors and its customers still face years of financial turmoil.

The settlements that PG&E is negotiating will be costly. No matter how financing them is structured, including some special state-blessed bonds, ultimately the burden will largely fall on customers who write their monthly checks for service.

Although one of the provisions of the deal with Newsom suspends dividends to stockholders for three years to generate, on paper, about $4 billion in savings, PG&E must be able to tap the financial markets for capital and that ability, in turn, is based on profitability and having a stock that is sufficiently attractive to investors.

Dan Walters: Who is too big to fail?

The California Public Utilities Commission, which is appointed by the governor, has a duty not only to protect the interests of consumers, but to protect the financial viability of PG&E and other utilities it regulates. Over the long run, it must approve power rates that resonate positively on Wall Street, as noxious as that might seem to those who see ‘profit’ as a dirty word.

Post-bankruptcy, therefore, PG&E’s fate will depend on the PUC’s ability to balance its competing mandates, which raises another issue — the role played by the state, including the commission, in PG&E’s lapses.

The Legislature and recent governors have imposed many new obligations on the state’s utilities in recent years, mostly having to do with reducing greenhouse gas emissions. Is it possible that absorbing those expensive obligations contributed to insufficient spending on transmission line maintenance? And is it possible that in overseeing PG&E operations, the PUC failed to insist that no-sex-appeal but vital maintenance receive the priority it deserves?

Somehow and someday, those questions should be answered.

The careers of political executives – presidents, governors and big city mayors – are often, fairly or not, defined by how they deal with the crises they encounter.

The victors in last year's election have launched a frontal assault on charter schools, which the CTA and other unions see as rivals for students and the funds that come with their enrollments.

California’s two major electric power utilities are on the hot seat as Capitol politicians ponder whether they should be protected from the financial consequences of last month’s killer wildfires.

Dan Walters: How do we cope with wildfires’ financial impacts?

The stage is set for a renewal of the liability issue when the Legislature reconvenes in December and Lt. Gov. Gavin Newsom succeeds Brown in January.

Vote No on PG&E

Letters: A bad deal is getting worse.