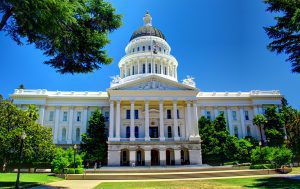 Sponsors of a 2020 ballot measure to increase property taxes on factories, stores, warehouses, office buildings and other commercial real estate withdrew it this month and launched a revised version.

It would be, the union-led sponsoring coalition said, an improvement that eases the potential impact on small business. More likely, however, the motive for the expensive reset is that the “split roll” proposal was facing a tough battle.

Ever since Proposition 13, California’s iconic property tax limit, was passed by voters in 1978, unions and their political allies have yearned to either repeal or modify it. After years of cogitation, they gathered enough voter signatures to put their “Schools and Communities First” measure on the ballot.

It would retain Proposition 13’s tax limits on agricultural and residential properties, including rental homes and apartments, while requiring commercial properties to be upgraded to current market values for tax purposes. However, it would not change Proposition 13’s 1 percent tax rate limit.

The Legislature’s budget analyst has estimated that a split roll would generate between $6 billion and $10 billion a year in net revenues, about 60 percent of which would go to local governments and 40 percent to K-12 schools and community colleges.

The revision would not change its overall thrust, advocates said, but would lower its impact on small business, firm up the allocation of new revenues and make it more difficult for commercial property owners to evade its effects.

The original version qualified for the ballot rather easily because a very low voter turnout for the 2014 election depressed the required number of voter signatures — a percentage of the total vote. However, due to last year’s high turnout election, the new version will have a much higher threshold, nearly 1 million valid names.

The sponsoring unions can afford the qualification cost, but it’s not certain they can match pledges from the commercial real estate industry and its allies to spend as much as $100 million to defeat the split roll – very big money in campaign terms, but a tiny fraction of $10 billion a year in new taxes.

Opponents, however, will portray it as a first step toward repealing Proposition 13’s limits for all property, including homes and farms, thus driving limited-income taxpayers from their homes and making the state more hostile to investment.

Polling on the proposal to date has not been reassuring to its sponsors.

A January poll by the Public Policy Institute of California did not mention directing the revenue to any specific purpose and found support from slightly under half of likely voters. An April PPIC poll on education issues asked the question again but mentioned that some of the new revenue would go to schools. With that addition, support rose to 54% of likely voters.

While the pro-split roll coalition touted the latter poll this week, in fact, 54 percent is a weak starting point for a highly contentious measure. A general rule of the thumb is that 60 percent pre-campaign support is needed to have a good chance of victory.

The revised measure is clearly designed to make it more palatable, particularly by attempting to neutralize what could be very potent opposition from small business owners. But with Proposition 13 still very popular among voters, any changes in it will still be a hard sell.

As the defeat of Measure EE became apparent last Tuesday night, its backers promised to try again. However, it will be a tough sell, and Measure EE’s rejection may give pause to officials in other communities where school tax measures are being weighed.

Dan Walters: School spending popular, taxes not so much

It’s easy and popular for voters to tell pollsters, or for politicians to parrot, that schools need more money. However, raising it would be a daunting task.

Gavin Newsom’s election as governor and the expanded Democratic Party majorities in the Legislature have raised hopes in some quarters and fears in others that big tax increases may be on the horizon.

Schools are supposed to be teaching our children how to become productive and responsible adults, but by overspending revenues, blaming others for their fiscal problems and demanding bailouts, they are setting poor examples.

The stage is seemingly set for a very expensive political battle in 2020 over changing Proposition 13, the iconic property tax limit that California voters enacted 40 years ago.

This year is the 40th anniversary of Proposition 13, the iconic property tax limit measure that California voters overwhelmingly endorsed in 1978.

Democrats own virtually every lever of government in California. However, they apparently want more.

Anti-Trump voters, presumably, would likely be willing to impose new taxes on corporations and wealthy individuals. So tax advocates see 2020 as a golden, even unique, opportunity.

Your Turn: Closing corporate tax loopholes while protecting all residential property from any increases.