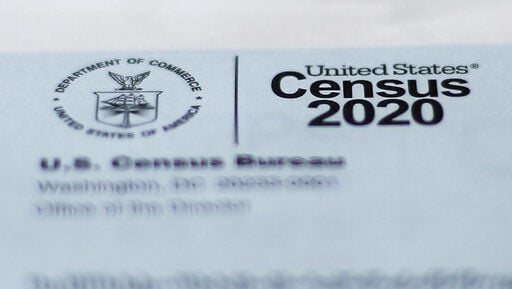 California’s year of pandemic, recession and civil unrest also includes angst over the outcome of the 2020 census. The state likely will lose at least one congressional seat and perhaps two.

The year is scarcely half over and California is experiencing an unprecedented wave of traumatic events, to wit:

—A pandemic that has infected hundreds of thousands of Californians and already has claimed more than 7,000 lives;

—A very severe recession, spawned by the pandemic, that has erased millions of jobs and has hammered state and local government budgets;

—Civil and political unrest over how people of color, more than 60% of the residents of this politically blue state, are treated.

All three matters congeal in something else that’s happening, albeit in less dramatic fashion: the decennial census that not only counts Californians but sets the stage for divvying up political power for the next decade.

Even before the triumvirate of crises erupted, California officials were worried about the census. They knew that California’s slow population growth put it on the bubble for losing one of its 53 congressional districts. They were also concerned that conducting the census mostly via the internet could lead to an undercount because of the state’s large immigrant community, its high level of poverty and its many languages.

The state’s last population estimate, issued in May, was a net gain of just 87,984 in 2019. A declining birth rate, an increasing death rate, low immigration from other countries and a net loss of population in state-to-state movements contribute to near-zero growth.

A new analysis of population trends by Claremont McKenna College’s Rose Institute concludes that it’s certain California will lose one congressional seat and could easily lose two “if California’s COVID-impaired 2020 Census count lags behind other states.”

“California has never experienced the political shock of losing a congressional district — much less two,” researcher Douglas Johnson said. “Losing seats inevitably triggers political infighting and the long-term loss of voices and influence in Washington. The possibility of saving at least one of those seats should inspire state leaders and residents to redouble their efforts to ensure every California resident is counted in the 2020 census.”

The analysis also concluded that coastal Southern California, which has been growing more slowly than the state as a whole, would likely be the big loser if, indeed, the state’s congressional delegation shrinks. That depends, however, on who’s drawing districts after the census data are released — another point of contention.

For the second time, a 14-member independent commission formed by the state auditor’s office from a pool of applicants will draw new maps. When the first eight members were drawn by lot from the pool, there wasn’t a single Latino, and that ignited a storm of criticism since it occurred amidst political and civil angst over how people of color fare in California.

Kevin de León, a former president pro tem of the state Senate soon to become a Los Angeles city councilman, was one of the first Latino leaders to declare outrage.

“While members of political parties are guaranteed a seat at this incredibly important table, people of color are not,” de León complained in a Sacramento Bee op-ed co-authored by other political figures.

“How could any so-called ‘citizens’ commission’ exclude Latino representation, a population that makes up nearly half of the state’s citizenry? That isn’t how a functioning democracy works, and it certainly should not have happened in a state that is as proud of its progressive values as California has been.”

The commission probably will gain Latino members in the final selection process, but the dust-up underscores just how politically touchy even ministerial actions can be in this year of upheaval.

Watch now: Californians: What to know about your new state budget, in 2 minutes